While it’s clear that there is no shortage of smart-city initiatives taking place around the globe, the outcomes up to this point have been mixed. Even though a considerable amount of time, energy and money have been invested, only a limited number of sustainable, repeatable solutions that have emerged as a result.

Despite this, the effort to meaningfully improve the way people interact with their cities – carry on. It’s a situation that Boston found itself in during 2017, when officials began to see the possibilities for modern technology to create new and improved services for residents. At that time, Boston began to look for innovative new ways to help commuters struggling with parking and transportation. They also were trying to address the concerns of their citizens who were worried about unchecked development, affordable rent, sustainability and safety.  Boston took a proactive approach to progress.  They used a platform to collect input (especially data) from their citizens that they can then use to co-design new ways to live, work and operate. They prioritized delivering as much value as possible in terms of greater responsiveness, more unique and personalized experiences, inclusiveness and of course, community connection.

The cities that do this will thrive in a future that is far closer than many realize. The ones that don’t will not only miss out on incredible gains from urban transformation, but they’ll also wind up losing their citizens’ trust.

Harnessing the Power of the People to a City’s Advantage 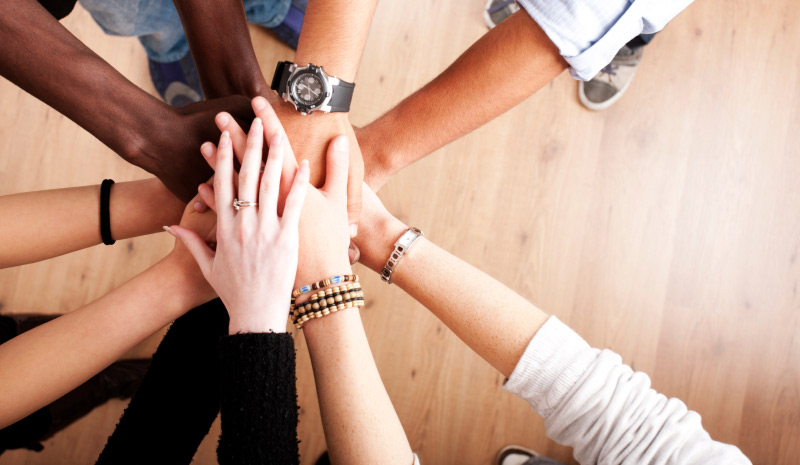 According to one recent survey that gathered input from more than 6,000 people living in Australia, France, Germany, Singapore, the UK and the US, people overwhelmingly want the areas they live in to focus on the digital delivery of public services, greater personalization and easier, more secure ways to share and access data moving forward. 42% of respondents, for example, said that they would be more than happy to use the Internet of Things to share their personal data in exchange for things like service improvements. A staggering 45% of people said that they were willing to participate in focus groups or spend time on committees to improve the services they already use.

Despite this, many cities are not actively exploring a way to involve their citizens in the types of smart-city initiatives that they are currently executing. A team of researchers from the journal Business & Information Systems Engineering said in 2018 that one of the major reasons why smart cities fail to meet their core objectives comes down to not appropriately involving citizens or considering the impact of their initiatives on those citizens.

A major mistake that far too many of these cities make involves seeing their citizens for exactly what they AREN’T. Rather than looking at them as users, testers or consumers, they need to be the producers and sources of creativity and innovation that they truly are.

But while designing projects that aim to better understand citizens’ needs and engage them is certainly a start, it is also just one small part of a much larger story. Equally important is a city’s ability to provide platforms that enable their citizens to participate in the creation of their bold new urban experience. Citizens, businesses, university researchers and others need to be able to work together to co-innovate and solve urban problems in smarter and more sophisticated ways. There must be a shared, collaborative framework between all key stakeholders that allows them to drive desired outcomes across the board.

Many commercial platforms are already doing this. In the world of fitness, for just one example, developers regularly release apps that bring users together by way of crowd sourced routes, leader boards, competitions and more. By adapting these kinds of ideas for the urban environment, cities can become what they were always meant to be: innovation hubs.

But none of that will be possible if cities aren’t ready to listen to begin with.

According to a 2018 projection offered by the United Nations, 68% of the world’s population will live in cities by as soon as 2050. During that time, challenges to economic development, social inclusion, mobility, housing and even quality of life will continue to grow if left unchecked. Cities must get smarter in order to adequately address them, and citizens must be at the heart of those efforts.

Cities who take a more proactive approach to advancing this future where constituents can provide  input to co-design new ways to live, work, and do business will enjoy a period of significant economic growth and prosperity. Those that don’t will fail to grow – ultimately leading to an exodus of citizens and a slow, inevitable decline in their wake.

If you want to dive more into this topic read our research .  We combine data-driven research with knowledge from your peers, experts and leading thinkers from around the world.  No marketing fluff. No “insider” technical jargon. Just compelling insights about improving citizens lives in cities.

Any insights you would share with a post-pandemic scenario (for the optimistic one)?

Thanks for commenting on the blog.  I think there will be some major realignment due to the pandemic.   First and foremost the pandemic has shown us that we need to permanently build in a pandemic surveillance capability in case a epidemic or pandemic may occur.    We will need citizen input to ensure privacy and security.

Now that remote work has proven to be effective we may see more citizens choosing to live in more rural environments which may reduce the sales and payroll taxes that city governments rely on for services.  The ripple effect from that may be more automation, augmentation of services, self services...  We will need to survey citizens to see to find the path forward from a services perspective.

We also need to include citizens as we redesign public, retail and other spaces to allow for more outdoor dining, contactless/touchless services.  City transportation organizations will need to reconfigure their buses, trains or other modes of transportation to enable more distance and/or compartments for passengers.

These type of research and article are need of the hour. Post pandemic, if we don't provide safe and secure environment, our business will be disrupted forever. Quicker the better....we should target safe  - transportation, health, environment, energy mgmt, disposal and recycling of waste....these topics will dominate next few decades. All these will fall under Public Sector domain, SAP should accelerate and equip next generation of leaders in this vertical....this will drive demand in other industries.....

Thanks Dante R, for sharing your insights.

Thanks for your comment Ramky.  I agree, city governments – multidisciplinary teams need to dissolve some of the traditional organizational silos to give way to a problem-solving ecosystem, supported by technology that help address a broad swath of challenges and opportunities.