This blog is the first in an ongoing series of blogs – the blog series will last the time of the Rugby World Cup 2019!

I love rugby and cannot wait for the Rugby World Cup to start. 4 hours to go! 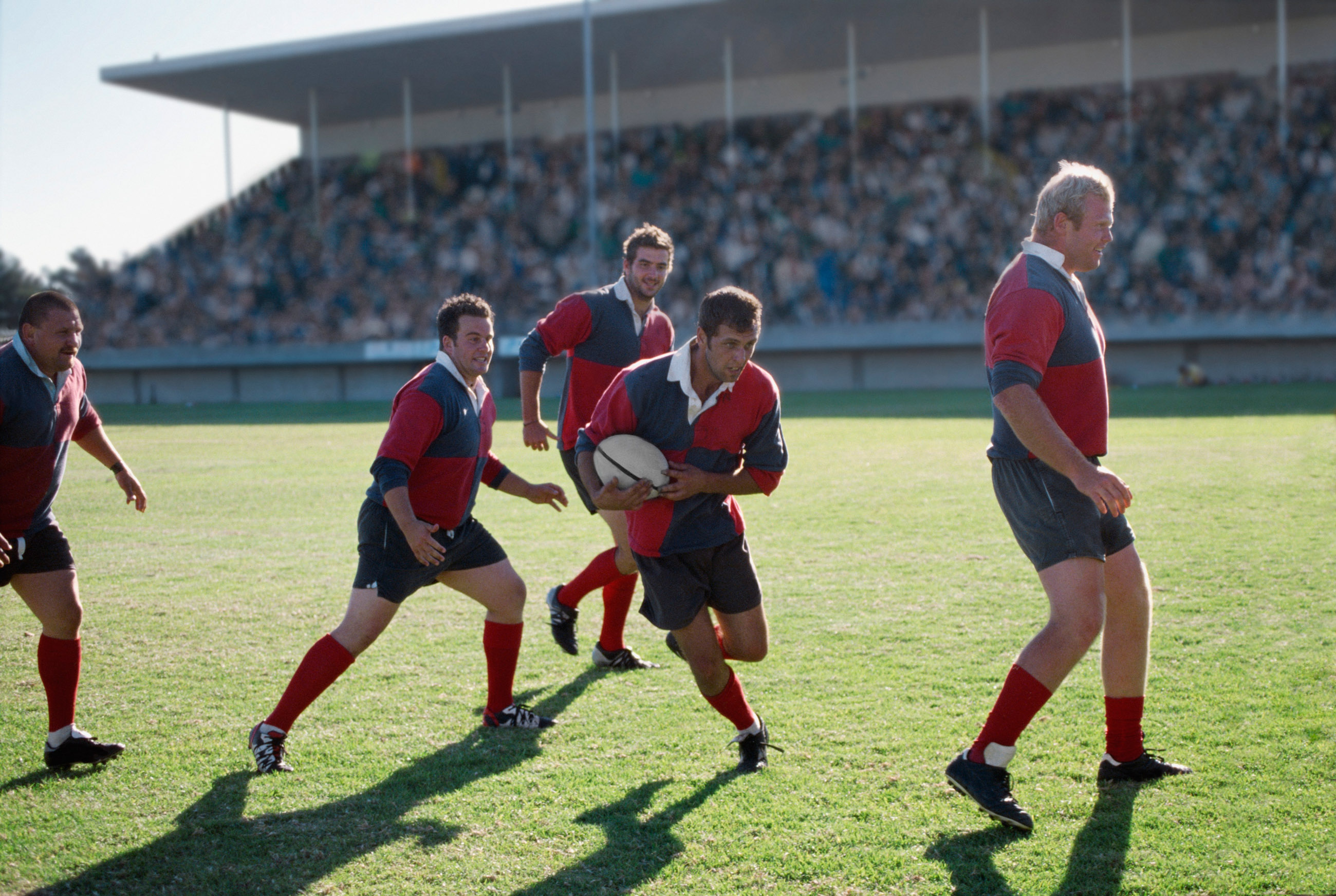 As a product manager I am  focusing on the Augmented Analytics capabilities of SAP Analytics Cloud.

Back from the summer vacation & fully energized, I thought about leveraging the power of Smart Predict to predict the game winners and hopefully top the RWC predictor game…

This was the starting point for this blog back in early September.

After a few sleepless nights gathering team statistics across the past years, writing fancy SQL and polishing the data and the predictive models, I am very happy to introduce you with my just-in-time predictions powered by SAP Analytics Cloud. 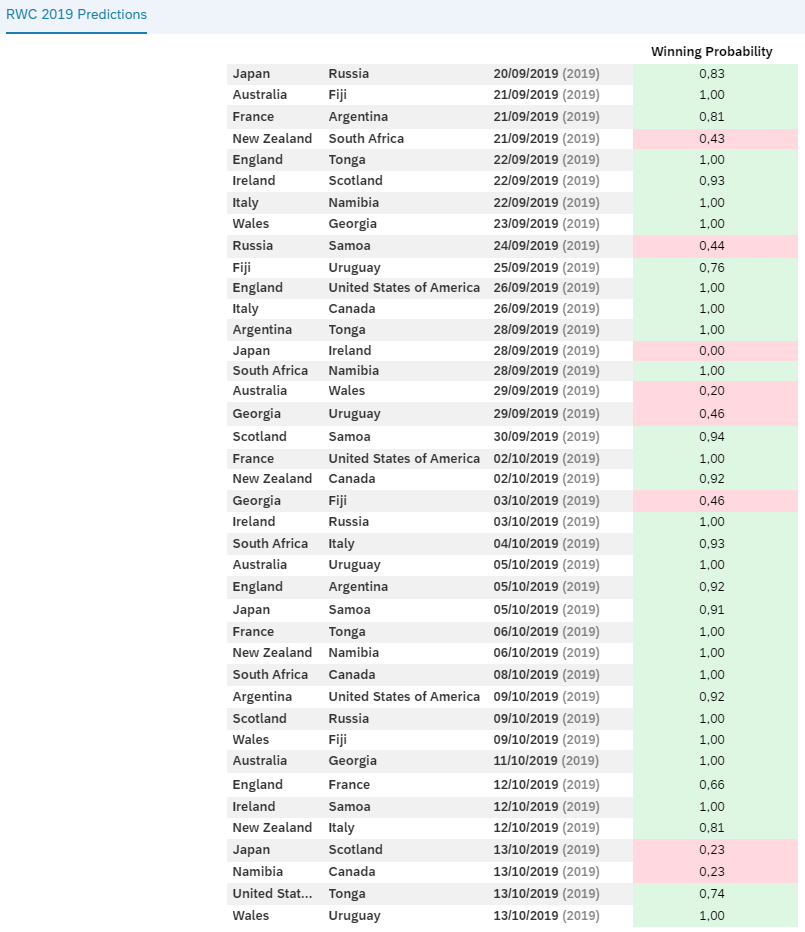 A few words on the first phase of the Rugby World Cup:

Let’s focus on the predictions above and what they would mean for the pool results.

(I must confess this is the pool I was the most excited to predict as: 1. France is part of it 🙂 and 2. It’s sometimes called the “death pool” with 3 top rugby nations and only 2 that will receive a ticket for the next stage)

There is always uncertainty in sport (one of the reasons why I love it 🙂 ).

While predictive models can estimate the reality to a degree, there might be in some cases an X-factor that cannot be captured. As George Box famously said “all models are wrong, but some are useful”. It could be Japan getting the bonus point of being the hosting nation, or emerging players like Romain Ntamack taking the chance of their life…

I am excited to think about these 40 games (yum yum), fingers crossed for France!

I’ll cover in upcoming posts the step by step move from the initial idea to the predictions delivered in SAP Analytics Cloud:

If I can do it, I am sure you can do it too. I am hoping these blog series will make you want to use Smart Predict for your own questions!

Not only the Rugby World Cup is starting now but also the SAP TechEd season.

This SIA is designed as a round table discussion for senior BI and analytics professionals to engage with SAP thought leaders and peers and exchange about the latest and greatest innovations with Augmented Analytics in SAP Analytics Cloud.

It will give you an opportunity to discuss the use cases and best practices that are most appropriate for applying these innovations across lines of business in your organization.

TechEd attendees are free to join, but space is limited and only a few seats may remain available as of today, please contact us <contact removed by moderator> reserve your seat without any further ado!