How to resolve error message IB_CRM_UPLOAD_MSG 025 in equipment replication

Why could this error occur

Since the children is replicated to CRM first, there would be one entry generated in table IBEQUI_INDEX, which maintains the information of its parent, and also information about the automatically generated IBASE. In my example, all fields for the IBASE are empty. 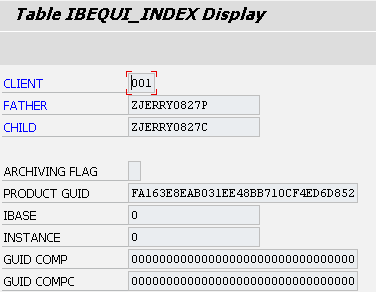 Later when parent equipment is downloaded, based on entry in the table IBEQUI_INDEX, the IBASE component is first identified and then the children equipment will be put to this IBASE. In my example since the four fields are empty, it fails to locate the IBASE and thus error reported.

Why the four fields in table are empty

Previously I tried to replicate both equipment to CRM via the following customizing settings: 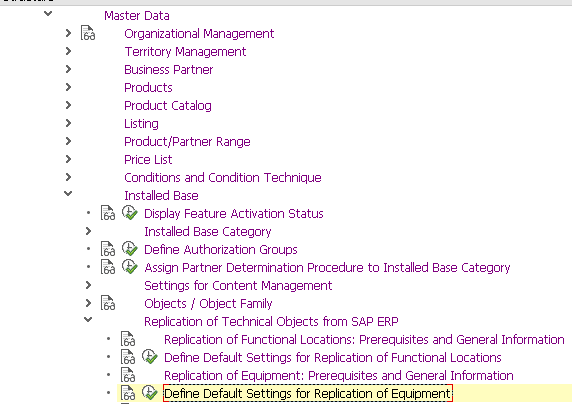 Previously I use “IBase Category” as 03 for replication, which will not generate IBASE for end user. Thus the four fields in the table are empty.

Remove the related row in table IBEQUI_INDEX and replicate both equipment again. Now after children equipment is replicated to CRM, the fields in table are correct: 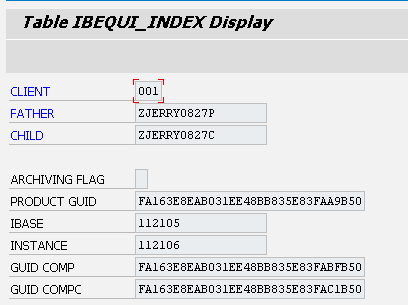 And after the parent equipment is replicated to CRM in the second step, the field ARCHIVING FLAG is marked as X. 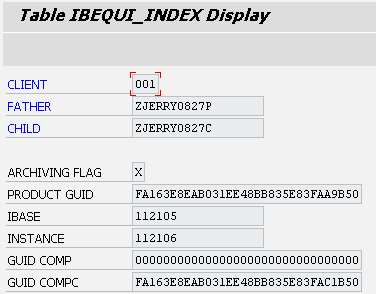 Finally both equipment are downloaded to CRM successfully: