After the evolution of SAP HANA, the technology within the SAP is changing rapidly and there has been a paradigm shift in the way business applications are developed at SAP.

The rule of thumb is simple: “Do as much as you can in the database to get the best performance”.

When I started learning about ABAP CDS views few months back, I had to search many different blogs and pages written by the experts. Now, I thought of presenting a blog series for the beginners like me who are keen to learn ABAP CDS views.

Data models are a cornerstone of application development. They provide a standardized method for defining and formatting database contents consistently across systems, enabling different applications to share the same data — reducing development costs, speeding time to market, and improving quality and performance.

Those familiar with application development in the ABAP world are no strangers to the traditional data modeling tools included with SAP NetWeaver Application Server (SAP NetWeaver AS) ABAP — in particular, the ABAP data dictionary (DDIC), which stores definitions of objects, such as database tables and views, that can be used in ABAP programs. And then along came SAP HANA and the new paradigm of pushing down data-intensive logic to the database layer.

This came with certain challenges: 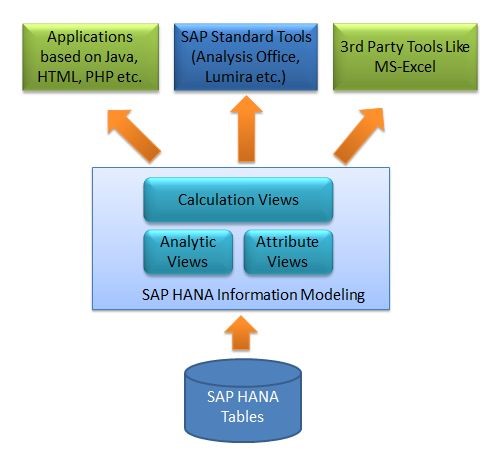 Now, some questions comes in mind:

Maybe, if we didn’t have Core Data Services (CDS).

It is an infrastructure that can be used by database developers to create the underlying (persistent) data model which the application services expose to UI clients.

To take advantage of SAP HANA for application development, SAP introduced a new data modeling infrastructure known as Core data services. With CDS, data models are defined and consumed on database server rather than on application server. CDS also offers capabilities beyond the traditional data modeling tools, including support for conceptual modeling and relationship definitions, built-in functions, and extensions. Originally, CDS was available only in the design-time and runtime environment of SAP HANA. Now, the CDS concept is also fully implemented in SAP NetWeaver AS ABAP, enabling developers to work in the ABAP layer with ABAP development tools while the code execution is pushed down to the database.

CDS simplifies and harmonizes the way you define and consume your data models, regardless of the consumption technology. Technically, it is an enhancement of SQL which provides you with a data definition language (DDL) for defining semantically rich database tables/views (CDS entities) and user-defined types in the database. Some enhancements include:

CDS is supported natively in both the ABAP and the HANA Platforms !

In fact, CDS is (in my opinion) the most ambitious and exciting SAP development in the area of data modeling in recent years. You can finally define and consume your data models in the same way (syntax, behaviour, etc.) regardless of the SAP technology platform (ABAP or HANA). Unwantedly the phrase: “One Data Model to rule them all” always comes to mind when I think of CDS.

Besides a great blog by Horst Keller, describes the two different flavors of CDS.

After going through the above blog, we came to know that CDS can be written in two different flavours and uses the “Code Pushdown” techniques introduced with NW AS ABAP 7.4 SP5 where SAP added new possibility for ABAP developers to leverage HANA capabilities. In code pushdown technique all calculations are performed on database layer instead of application layer, which results in fast retrieval of data, resulting cutback of application execution.

The CDS architecture looks something as shown below: 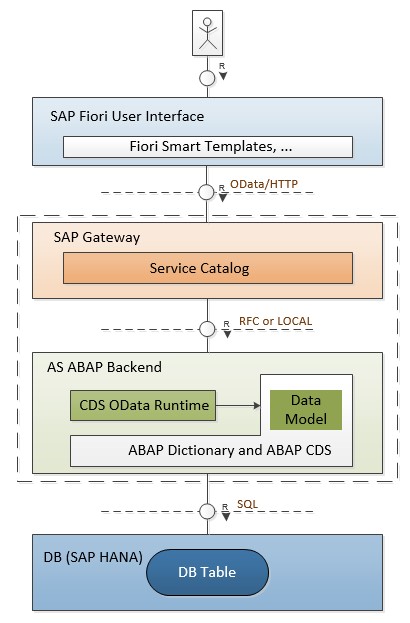 Below is an overview of changes in CDS functionalities with the ABAP specific releases.

Availability of CDS in SAP Platforms

The Core Data services are available in below mentioned SAP Platforms:

CDS entities and their metadata are extensible and optimally integrated into the ABAP Data Dictionary and the ABAP language.

Hi Tushar, It's great you are trying to do a consolidated blog series for beginners on this VERY important topic for anyone coding for Fiori or HANA

Suggest you also add the link to the latest version of the official guide for this topic to this and all the other blogs in your series, i.e.

Thanks for the guidance.  Sure, I'll add all blogs link of my series.

We are evaluating good data extraction from ECC6 to SAP BW and non-SAP system. And looking at ODP and ABAP CDS.

It seems ODP does NOT support non-SAP target systems. While I am not finding a clear statement if full featured ABAP CDS is also available in ECC6.

Could you clarify on both ODP & ABAP CDS?

Thanks for the good information. Do you perhaps have a suggested way to identify a list of all the CDS views available in a S4 HANA system?

In DDDDLSRCT table you can find all the available CDS views in S/4HANA system.

You can also use SE11, DDL Source for each tables. 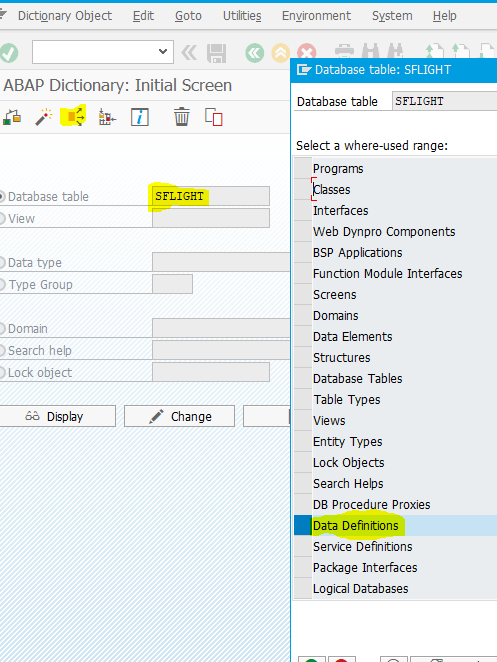 Hello Tushar,
comparing scripted Calculation Views and CDS Views, what am I supposed to use when ?
Thanks
Werner

Calculation view are composite views and can be used to combine other views like analytical, attribute, other calculation views & tables. This type of view in present in HANA Modelling environment.

HANA CDS (Core data services) is a layer above "pure database" in order to define semantically-enriched data models. In contrast to HANA modelling views a HANA CDS document can define tables (called entities), views, table types, asociations and annotations. So, as you can see CDS is mush more powerful than calculation view or any other HANA modelling view.

Regarding the detailed information check this discussion thread.

Calculation views are for Native HANA developments where it's used for large database like BW or DW.  Here the ABAP CDS view is in case we have to use it for SAP S/4 HANA ABAP reports like embedded analytics or creating OData with association and navigation for the UI5 or Fiori Application.

A well written structured blog for beginners of Cds. Thanks for coming up with the series

i have a requirement where i need to disable the field in the standard CDS View 'C_PurchaseReqnItem' and as per the below it is displaying the Field PurReqCreationDate in the "Manage Purchase Requisition Professional" Fiori App.

i had done the below code

But I am getting error "View field PURREQCREATIONDATE-C_PURCHASEREQNITEM already exists in parent object (DDL source )" could you please help how to handle this situation.

Please go through the below link, I hope you will get your answers there.

We were unable to use table functions for our ABAP 7.50 SP 11 system on IBM DB6.

Good to see you here in this blog. I am not an expert in CDS, but from my understanding CDS and AMDP are only supported well by HANA database though in principle it also supports few more databases. Especially the AMDP methods only support HANA as per SAP guidelines. Also SAP will only support as per thier agreement for any issues if the underlying database is HANA. So this might be the main reason why table functions is not supported in your case.

Well explained. However, if you can give an example of a calculation view as I want to learn how it enhances data models.