Configuration for sending the CAD from SAP BCM to SAP CRM

Dear all, I am writing this blog just to have an over view on the configuration of the call attached data (CAD) for sending the CAD from SAP BCM to SAP CRM

This example config probably will help you to send the data captured from the customer in the IVR.

2.  In the channels >Voice Channel ,see the Extra Data Settings as given below 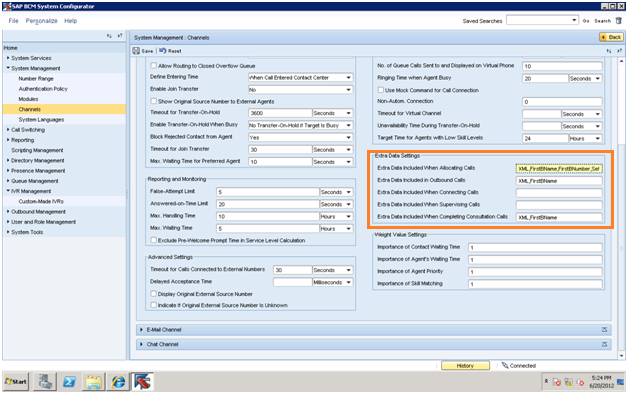 3. In the Extra Data Settings following fields we have to fill:

Enter a comma-separated list of field names (for example CallerID, IVRInfo, Skills, Language, Class,  ExternalData) that are sent to the user interface when a call is allocated to an agent.The data may contain information collected by an IVR application and items like call GUID, skills, language, and so on. This data can be used by ClientCOM or JavaScript customizations.

In the IVR We have to do the following Configuration

a. In the IVR configuration ,we can to pass the data that has been captured while the customer is online

b. In order to do that , we have to define the variables and assign the value of the fields that capture the run time values of the customers  to these variables. 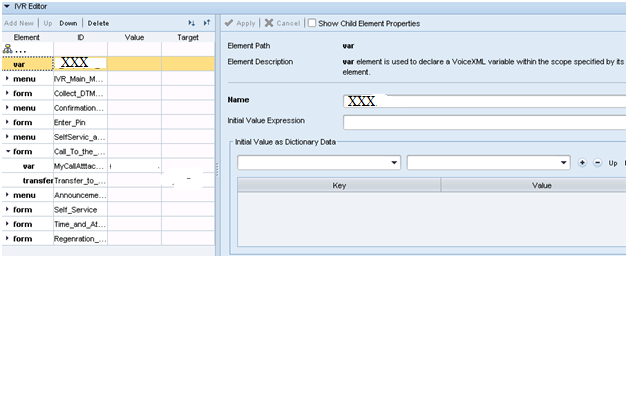 Always capture the data in the field element

5. In the “Filled Element” of the “Field Element “ where the customer data   is being captured, you have to define the  “assign” element 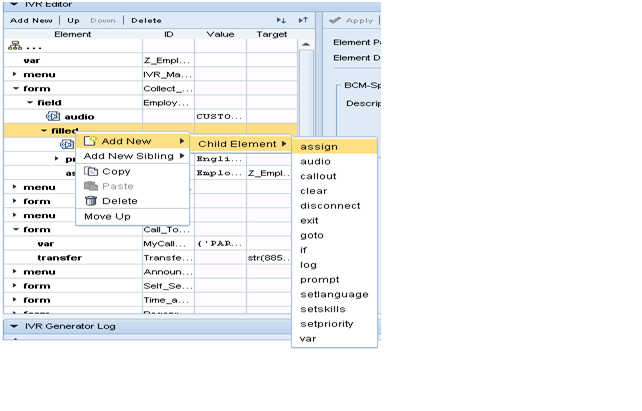 6. In the assign element you have to define the following fields: 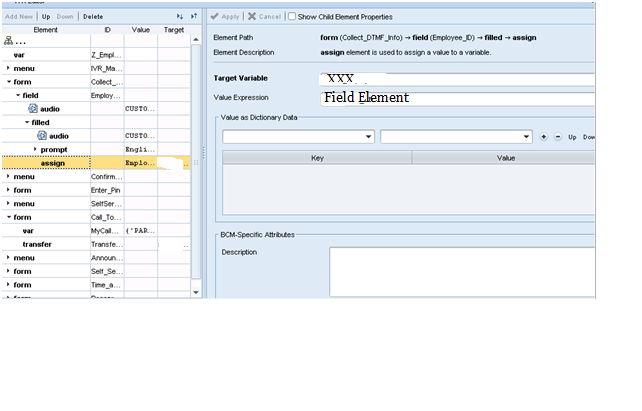 Note:  Before defining the key elements, we have to check the Standard Attributes defined in the CRM system as they both have to be same. “Key Elements you have to write down where as value you will get on scrolling down”. 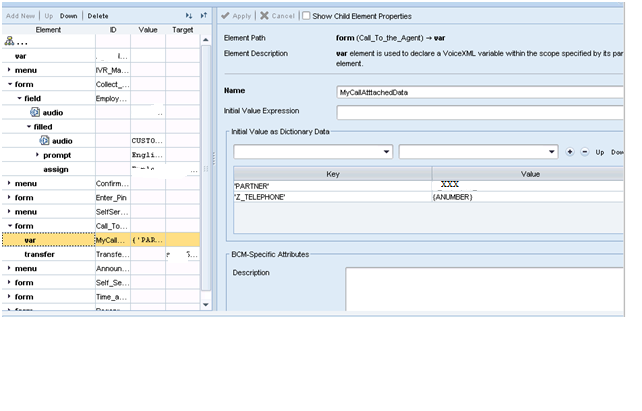 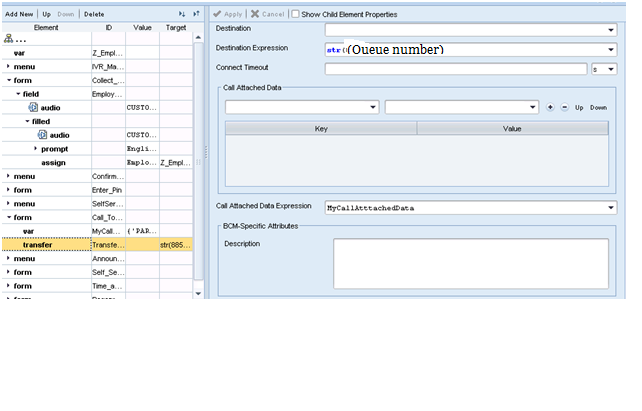 So , when the call gets transferred to the agent , the agent gets the popoup in his CRM IC screen (provided the alert part of the crm is configured to handle the key elements forwarded from SAPBCM)

The Guide is awesome .. I was about to put the crm part but the guide has explained it so well that no need to refer any thing !!!

We have followed all these steps, but on the CRM side, the account identification is failing. When we go to the IC trace, the BP Number that we pass from the IVR is showing. Another thing we have mapped the key elemenmts from IVR to the standard attributes defined in CRM.

Please assist where we could possibly be going wrong.

The above Blog is from the BCM side passing the CAD data ( as per  the heading ), there are multiple steps from the CRM side to be done in order to show this .

CRM technical person will be aware of it , how to use the external cad data for identification.

Please feel free to revert me

Go to the transaction CRM_IC_FW_PROF and check in Start up component what you configured for BUSINESS_PARTNER_IDENTIFICATIION. The standard class is CL_CRM_IC_FW_BP_SEARCH_SRV. This is used for BP identification. Debug the method handle_incoming_Cad.

This is indeed a good and very helpful document with each step explained in details.