Is Account based COPA going to replace costing-based COPA in S/4 Hana?

In traditional ECC, although costing-based COPA has lot of shortcoming, it was recommended as compared to account-based COPA due to its richer functionality and better reporting capabilities. But this recommendation is flipped in S/4 HANA.

There are two major shortcomings of Costing based COPA. First, it is difficult to reconcile with account books due to timing difference between account and costing-based COPA. Secondly, if the organizations have settlements to COPA, information are not real time and the COPA reports can be only relied once the settlement jobs were complete. The second shortcoming was true for both for costing-based COPA and account-based COPA.

However, it important to understand that account-based COPA is being re-branded as margin analysis. Margin analysis promises to add some of the missing features and go beyond what not available in either of the COPA. The most important feature that I am excited about if adding balance sheet items in COPA. This is very important if want to do profitability of a revenue project. if you ask any Project accountant, he/she will say that just having profitability report for project is not enough, profitability should be analyzed along with differed revenue (or un-billed revenue).   Margin Analysis is released in cloud edition 1911 and yet to come to in-premised edition.

Functionality which are found in costing based, missing in account-based COPA yet.

Since they are many topics discussed above, in this blog as first series, I will focus in detail about splitting of cost of goods sold in various accounts and also splitting price difference account into various category. I’ll try to discuss about other areas in future blogs.

The feature is very important for manufacturing organization. Instead of displaying just one line for cost of sales, in costing-based COPA, value fields are assigned to cost component structures using costing key. This provide detail cost of sales. For example, suppose the profit margin is reducing in certain product lines, the management accounting should be able to tell what let to increase in cost. Is it increases cost of material or increasing labor rate? This might help leaders to decide whether they should sub-contract or move the manufacturing to low cost region where the labor is cheaper? Displaying cost of sales as a single line is not enough for management reporting.

In this screen below, you create splitting scheme and you indicate COS account which act the source account. 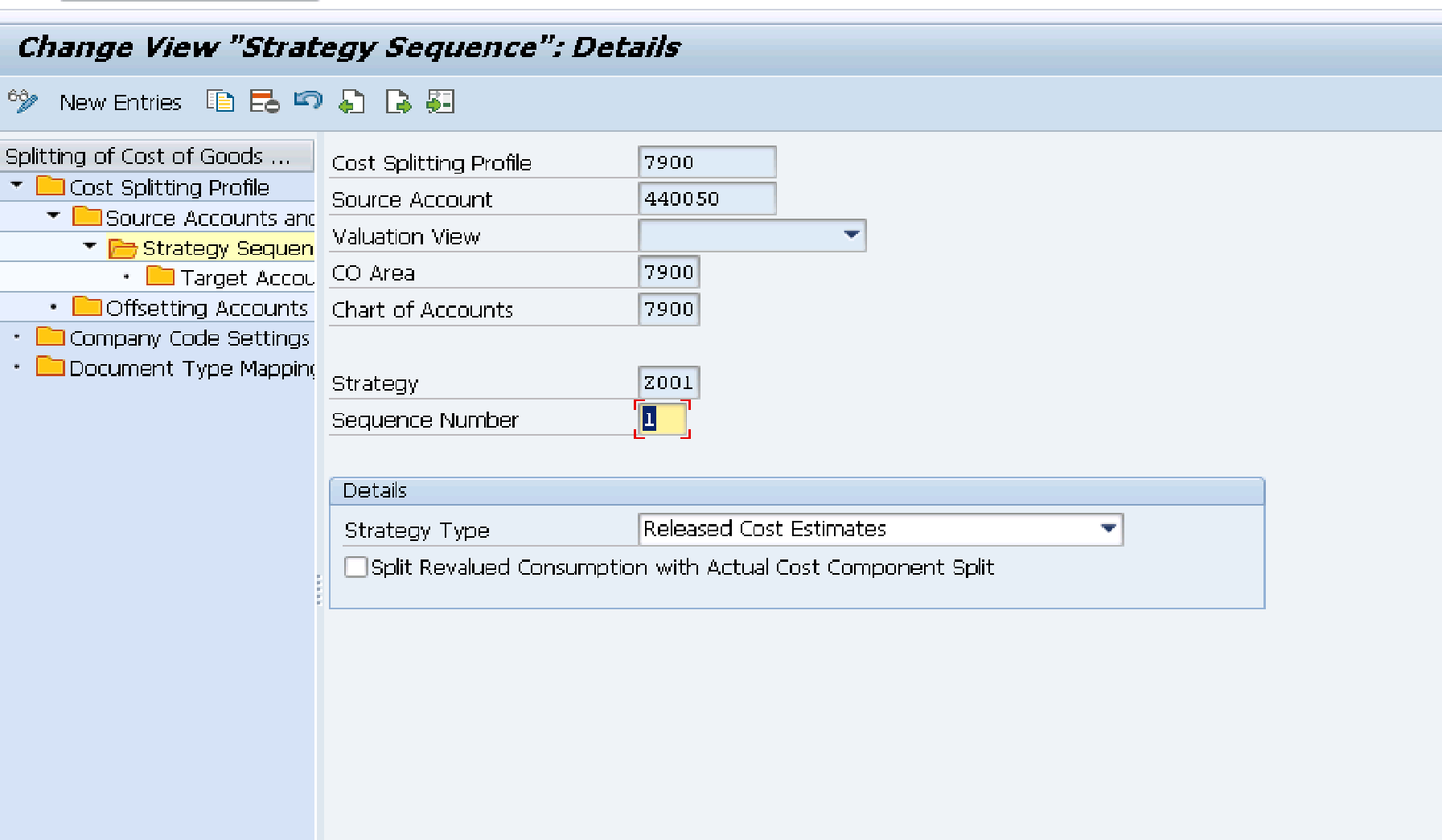 Finally, you define the GL account where it will be spitted. Furthermore, one of the entry below has a default key which is cost element if a cost component is un-assigned.

The next document is the new document which splits the COST of sales into granular accounts and clears off the original cost of sales account. 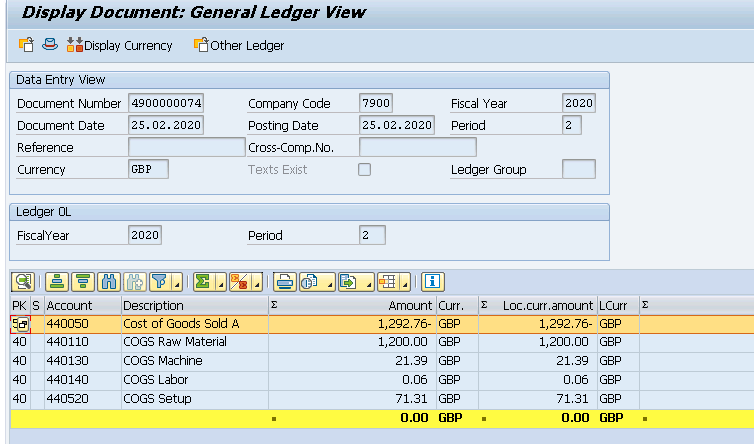 Now, these entry goes to the ACDOCA : Universal Journal Entry Line Items, which is the base table for account based COPA reporting.

In addition to account based COPA, this functionality is very important for few GAAP where scrap variance should be reported in finance books as well and organization has to do enhancements to get it. Now, getting break of your variance the key for your net margin analysis. It’s very important to understand what’s causing variance. This is important in complex industries like car or aerospace industry where you have well defined BOM and routing and robust standard cost process. You really want to analyze you variance at granular level.

Similarly to the above configuration on the splitting COS, we define a price difference splitting profile, where by the combination of cost elements and variance category, we define the target account.  This concept is very similar to PA transfer structure, where variance category is used in costing based COPA.

Moreover, there’s flag for default which is very useful if the any of the variance category and cost element is un-assigned to eliminate errors. 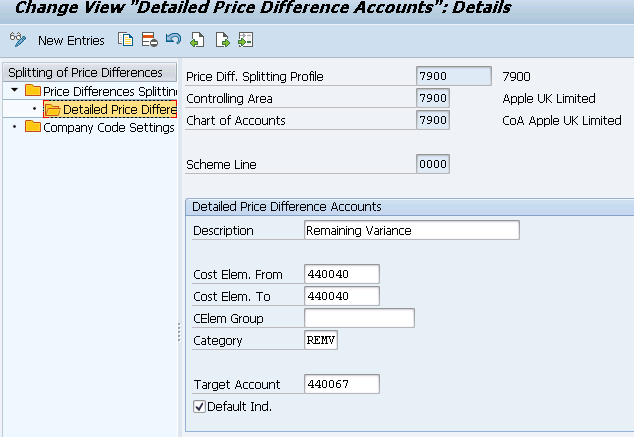 These entry go to universal general ledger and account based COPA reporting will be similar to splitting cost of sales.

Definitely, with modifications with account based COPA, SAP is trying to catch up with costing based COPA. However, certain key features of costing based COPA is not available yet. Per SAP, the developments will be in account based COPA.  And with margin analysis, I hope that we have one solution of profitability analysis. Having multiple options are very confusing and you may decide for one solution depending upon your correct requirements. However, business requirement changes in today’s environment and I hope that we have one COPA which is a perfect COPA and is scalable. .

Sales order Analysis – You can transfer data from sales to costing based COPA, however it’s missing in account-based COPA. This is important feature if you want to do predictive analysis. Or if you are doing planning on basis of sales order data.

Isnt that possible with the predictive accounting setting also in account based? It`ll post predictive Invoices / Goods Issue on an extension ledger upon entry of the sales order. That will also show in ACDOCA.

Is this means we the Account Based COPA donot support Cost Component Break down for Sales Order Costing? Please confirm.

Thanks for the Great blog . Let us hope all the costing based COPA will come soon Margin Analysis

Thanks for  the great post indeed. Regarding your comment about "The most important feature that I am excited about is adding balance sheet items in COPA." Do you know if that will actually come soon?

As I hear accrued revenues etc. balance items in that context, those BL items are to be included ...awaiting expert comments..:-)