The term building automation system (BAS) refers to any electrical control system that is used to control a buildings heating, ventilation and air conditioning (HVAC) components. Modern BAS can also control indoor and outdoor lighting as well as security, fire alarms, and basically everything else that is electrical in the building. There are a lot of existing building automation technologies which enjoy a wide spread adoption globally. Most frequently used protocols in this space are BACnet and LonTalk which define how these systems and devices inter-operate. The development of BACnet (Building Automation and Control) networks traces back to 1987. Since then the standard has evolved & building automation industry has seen tremendous growth over the last years with the stability and wide adoption of such standards. At the new SAP buildings (WDF49 & WDF53) in Walldorf, Germany, BACnet serves as the backbone for the entire building automation. However, there are other field bus technologies which are also used at the SAP buildings in the Campus which have grown historically. Buildings which are existing since the start of the company has less provisions for extensibility. It is also difficult to extend existing devices or cables without additional cost of renovating.

LoRa (Long Range) is a wireless communication protocol that competes in the low power wider area network such as NB IoT or LTE Cat M1. Due to the limited duty cycle, small data rate, this protocol achieves extremely long-range connectivity (possible for 10KM) with a longer battery life (7-9yrs). LoRaWAN has the capability of extending the reach of LoRa radios. Data packets from these small long range, low power radios can be sent over the internet or existing WiFi connections to an IoT platform such as the SAP Leonardo IoT in the cloud.

LoRa defines the physical layer of the network. LoRaWAN deals with the MAC, network layers, gateways and routing protocols. It employs a gateway bridge to receive the LoRa packet frames from the UDP frames, convert to MQTT payloads and does it also vice-versa  for downlink. These data packets are then forwarded to a Network server which manages the different application servers and bridges. Application servers allow on-boarding LoRa devices with application IDs. It also provides integration mechanisms such as payload forwarding. 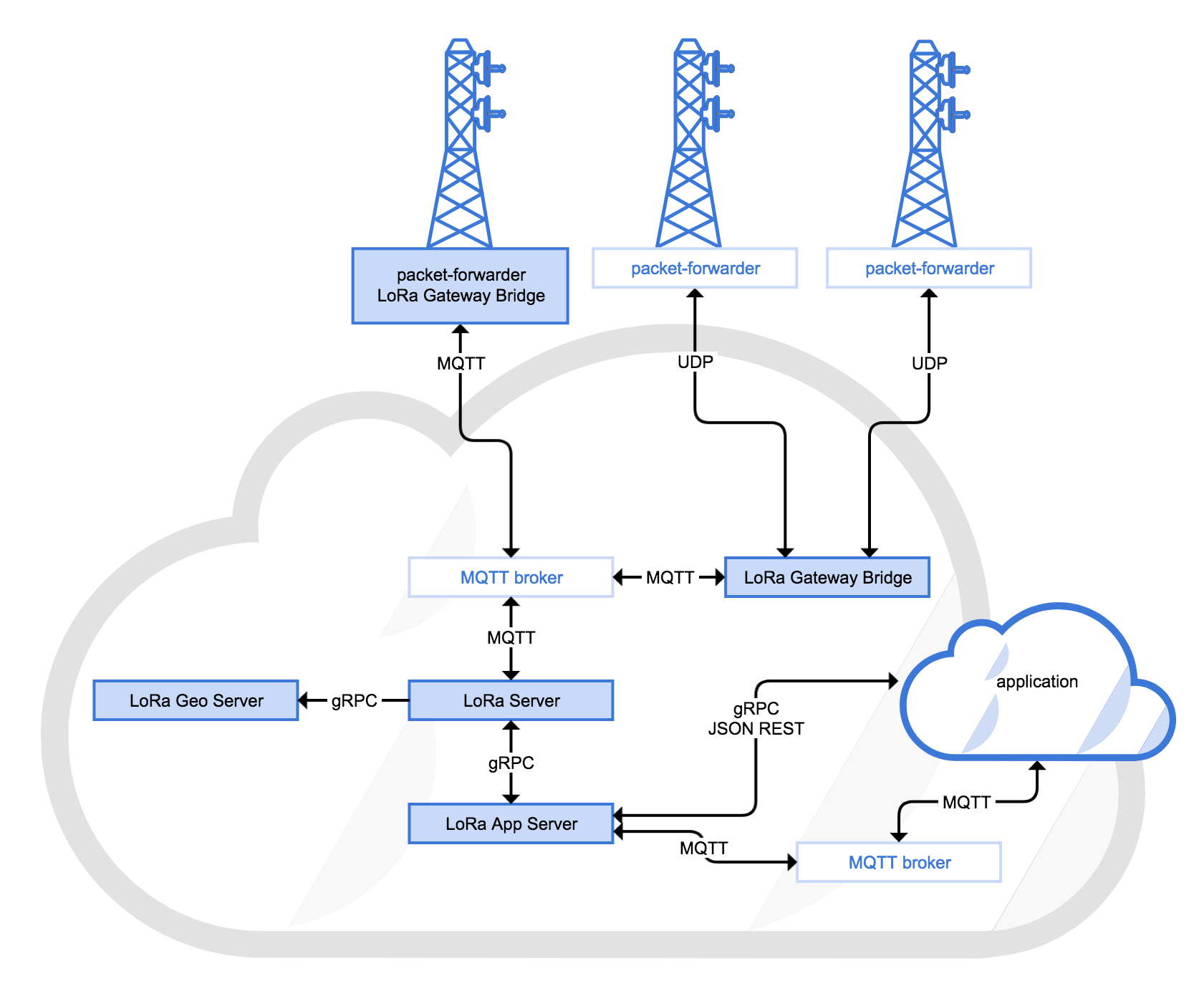 Cable Labs provided an open source LoRaWAN suite of applications which were taken for this experimentation. We integrated this server with the SAP Leonardo IoT technologies.

Data flows from the devices into the LoRaWAN setup and then forwarded to a data service which then pushes the right payloads to the SAP IoT Services. From there, data is then persisted in the SAP IoT Business Services. SAP Leonardo IoT’s embedded integration into core process in SAP C4C and SAP Field Services management allow supporting existing business process out of the box with less configuration.

Consider Heinz – the facility manager at SAP Campus in Walldorf. He wishes to know how healthy the SAP Campus is, at any given time. He likes to see whether meeting rooms are occupied, environmental conditions within the work place to ensure employee health standards, save energy when resources are not used, may be even attend to malfunctions on time before they happen.If there are notifications generated by the devices, Heinz would like to resolve these notifications using a Resolution Center from where he could either create an internal ticket for the respective employee or even plan and dispatch a field service resource internally or externally via the SAP Field Service Management tool.

The primary goal for Heinz is to gain operational visibility in new SAP Buildings and understand how he could reuse these technologies in existing old building where it is very expensive to lay new cables or modifying the building infrastructure. 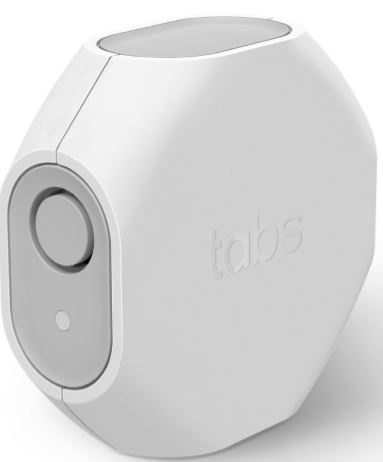 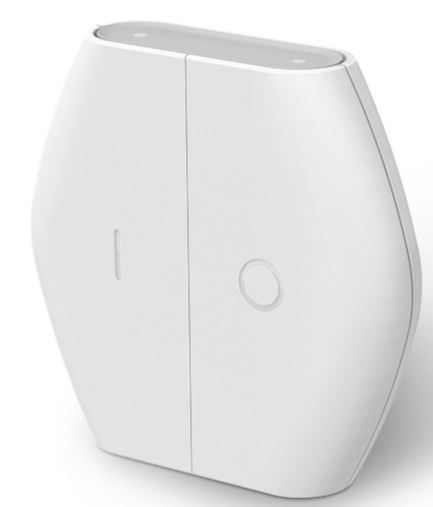 We used the TABS LoRa devices (provided as experiment samples by Semtech GmbH, Switzerland).  These devices measure room occupancy, environmental data at a work space as well as PushButtons as trigger devices. These devices were connected via the TABS LoRaWAN MiniHubs. The MiniHubs work as gateways to relay the data to the Gateway Bridge via WiFi. Some of these devices were placed on old work places as well as new places where there was no sensor available. This setup can be also scaled at large without laying new cables or modifying existing walls.

The building automation system is connected to SAP Monsoon server from where we can ingest the data into the SAP Leonardo IoT. This is for the new building – WDF49 in Walldorf. At the time of writing this article, the building WDF53 was not yet connected although infrastructure is already available. We consider that sensors in building WDF53 are not actively sending data anywhere. For this experiment, we considered to place a few sensors in the office space in this building.

Fig. 3 End to end setup of the different components

The SAP Connect 365 team has set up a LoRa gateway bridge to parse LoRa data packets, which are then forwarded to an LoRa Network Server (LNS). From there an application server forwards the payloads to a data service where the LoRa payloads are parsed, decrypted and further pushed to the SAP Leonardo IoT. Here, in the SAP Leonardo IoT it is possible to design rules and actions to generate notifications for Heinz. We are using the TABS Pushbuttons as LoRa sensors to simulate an event. From the LoRaWAN network solution, these events land on the SAP Leonardo IoT where we trigger notifications for Heinz. These events are displayed as notifications on an intelligent building dashboard.

Fig.4 Screenshot of the Intelligent Building dashboard that was integrated with LoRaWAN and BACnet data

When Heinz opens the Intelligent Building dashboard, as notification arrives, it is possible to inspect the room and forward the notification as a ticket. This ticket is forwarded to the resolution center in the SAP Leonardo IoT which embeds standard integration content into SAP C4C (Service request via Cloud Platform Integration), S/4 Hana (process orders by workflows) or even create a Service call request in the Planning and Dispatching tool of SAP Field Service Management (FSM).

Heinz is now able to get complete visibility of all events that are happening in the new buildings. Using LoRaWAN, it is also possible for Heinz to consider the same business processes for existing old buildings were there is very less wiring provisioned for data collections in the electrical installations. Using the integrated Query Modeler in the SAP Leonardo IoT, it is possible for Heinz to generate timely reports and associate this with business data.

At a very high level, there are two important observations in this exercise.

We understand the challenges existing infrastructures would face when they have to be monitored for health and safety monitoring, This could be applicable in large production plants where air quality and working conditions have to monitored and reported as a standard requirement from a works council for example. LoRaWAN can help in such old and existing infrastructures. We demonstrated how such a LoRaWAN network can be integrated with the SAP Leonardo IoT. The outcome of this work also emphasizes the importance of networks and platforms interoperability.