Why Fly the Pride Flag?

If you know me, you probably know that I’m gay. You might also know that I’m not really a flag-waving person, at least in order to call attention to myself, and I’m actually pretty claustrophobic in parades. I’m fairly out at work, have a lovely wife and a lovely teenage daughter, was lead of Pride@SAP USA – SAP’s LGBTQ employee network – for six years, manage SAP’s relationship with the awesome Lesbians Who Tech crew, and have fought for our right to be legally married ever since I was pregnant in 2004.

But I don’t like to make anyone uncomfortable, so I don’t always talk about being gay or about my family. And sometimes people are in fact uncomfortable with the idea of being, or working with, LGBTQ people, or talking about being gay, bi, or transgender in general. Occasionally there have been times, mostly far in the past, when colleagues wondered aloud why anyone should talk about that kind of thing at work and what that has to do with the workplace. Shouldn’t that remain private? Shouldn’t employers stay away from “political issues,” and meanwhile wouldn’t it be a bad example for employers to set to support such “lifestyles?”

People may genuinely be seeking answers to such questions, and they might be unaware of and surprised to hear that inside of corporations around the world there remain issues of workplace inclusion and equality, safety, and legal protections and benefits related to family rights. Even in the United States.

When I first started a career many years ago at a range of otherwise progressive tech companies, I was not able to legally marry my partner of several years. When we became domestic partners, she lost a job and did not have health insurance and I was unable to offer spousal coverage. When I was pregnant, we were not yet able to legally marry, so our health insurance benefits remained complicated (and also taxable, unlike for other colleagues). We were building a family out of love, but as legal strangers. 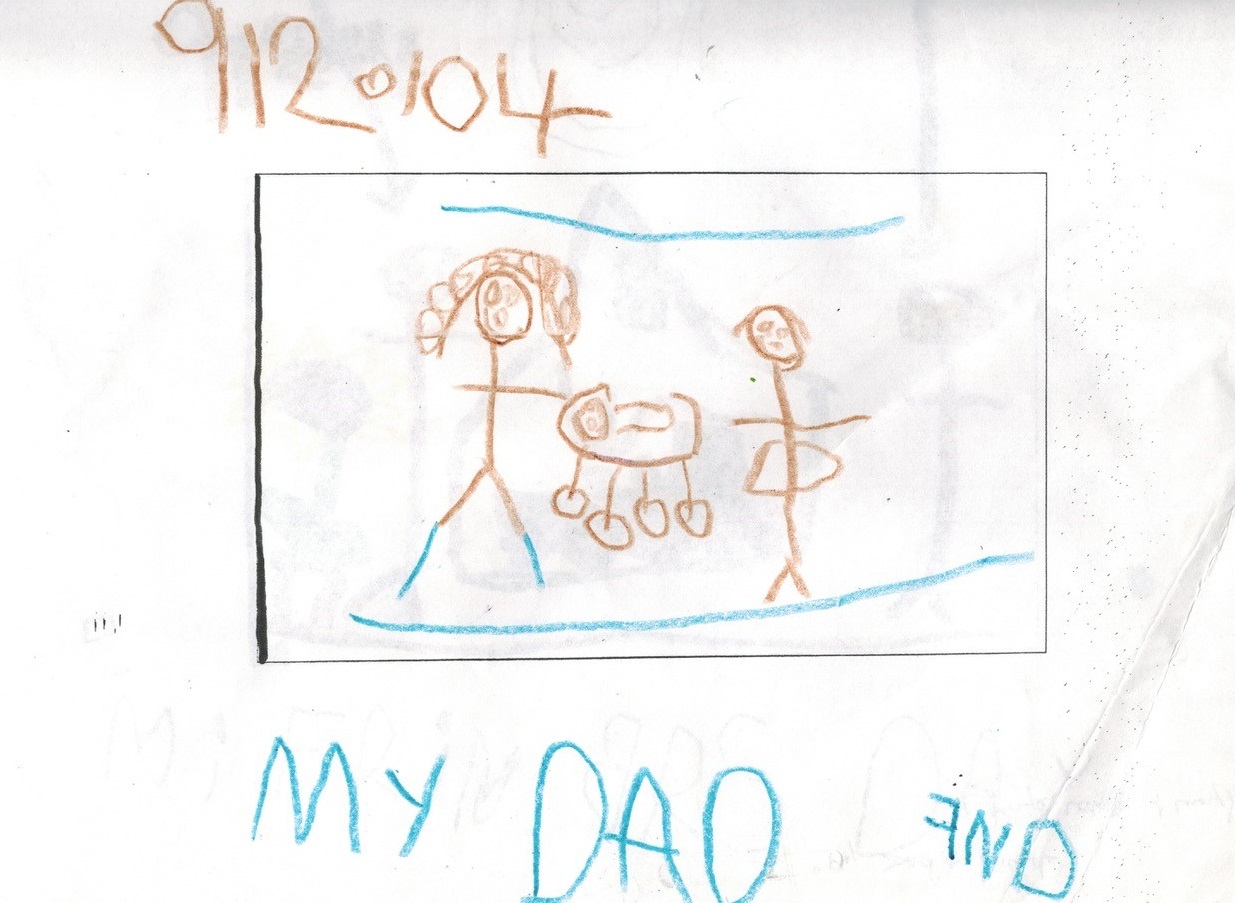 “My dad’s friends”
My family just after our daughter’s birth in 2004. Drawn by the son of a colleague.
Pride matters at work.

For my family, those issues are (currently) in the past. We’ve made a great deal of progress in the US, and internally across employee networks of all kinds at SAP. We have a strong employee network called Pride@SAP, welcoming LGBTQ colleagues and allies from around the world. SAP North America works together with Pride to ensure that we remain an employer of choice for all kinds of people, including LGBTQ people. We participate in Pride-focused conferences and SAP marched in our first ever Pride Parade in San Francisco, with my parents by my side, in 2015 — the same year it became legal to marry across the United States.

Yet we have had profound setbacks and remain on the edge of more.

In the US itself, for lack of a federal non-discrimination act, protections vary by state. One in every four LGBT employees experiences discrimination and it is legal to be fired for being gay or transgender in a majority of states. In some states there is active legislation in the works that seeks to dismantle rights to equal protections only recently gained. Outside of the US, in many countries around the world our colleagues can’t even begin to think of marching in a parade, much less of getting married. Even their existence is illegal, and in some countries, punishable by death.

And even as we celebrate gains in the US, our hearts continue to risk breaking. As we were preparing to march in the 2016 Pride parade, tragedy hit in Orlando, Florida, and 49 LGBTQ people and their friends were killed at The Pulse nightclub. SAP marched nevertheless with pride in the parade, and we continued to feel the backing of a supportive workplace.

I have it easy.

So I personally feel compelled to fly the flag for those who don’t have it so easy.

This is why I was proud to pitch in when SAP flew the Pride flag for the first time ever last year, in honor of the LGBTQ Pride month of June, in Palo Alto on the Friday before San Francisco Pride weekend.

This year we will fly the flag again, and this time for the whole of Pride month. We will honor this in a ceremony with the support of our top local executives and colleagues near and far.

As we head toward celebrations during Pride months around the world, take some time to consider your sense of pride in diversity of all kinds in your workplace.  Your confidence in flying your own bright flag, whatever it is, may send a message of hope up to someone who needs it the most. 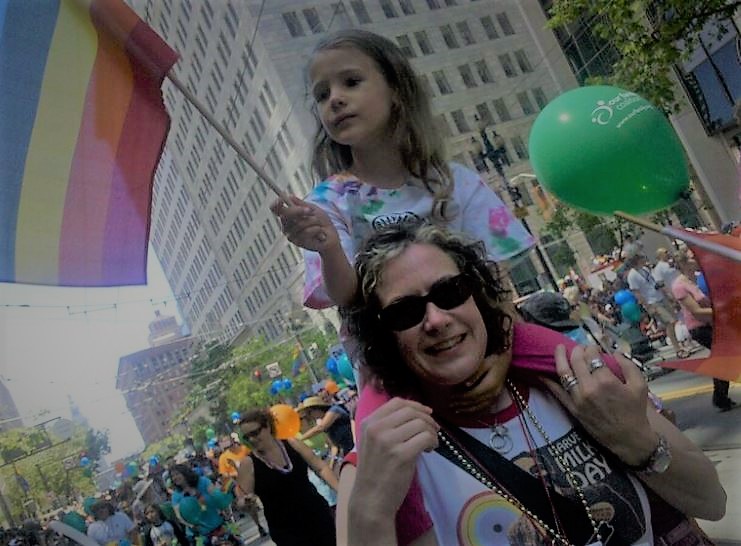 Marching with my girl in the Pride Parade in San Francisco in 2007.
Our daughter is our ultimate pride.

PS: Read more about the history, and reason, for the Pride Rainbow Flag