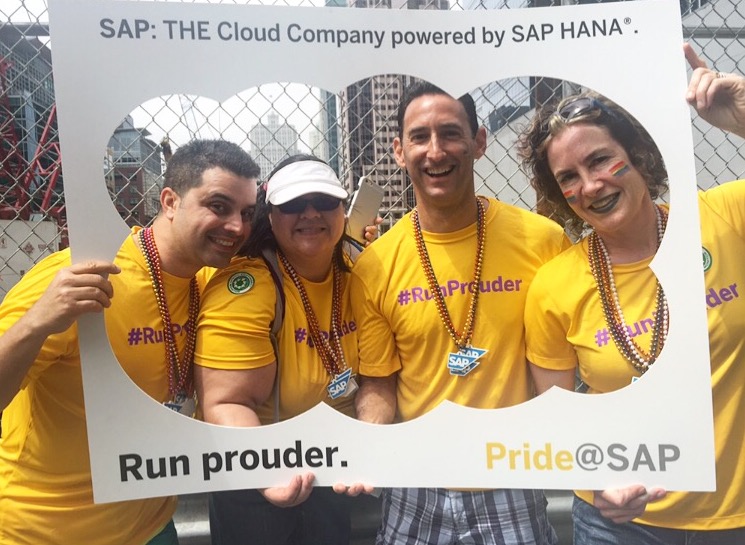 For SAP, this year was particularly special, as it was our first time ever participating in a Pride event. Pride@SAP, a global LGBT employee network, joined forces in Berlin and San Francisco to #RunProuder. The Pride@SAP North America group, led by Moya Watson and her team, George Teixiera, David Horwitz, and Erika Jackson, were hugely successful in SAP’s inaugural participation of Pride.

For a bigger picture of SAP Silicon Valley’s participation in Pride, check out the links below.

Thank you to the Pride@SAP team who made this incredible event come to life, Jenny Dearborn for graciously leading the march, and Scott Leatherman, Vice President SAP Silicon Valley, for making this all possible. We will continue to #RunProuder. 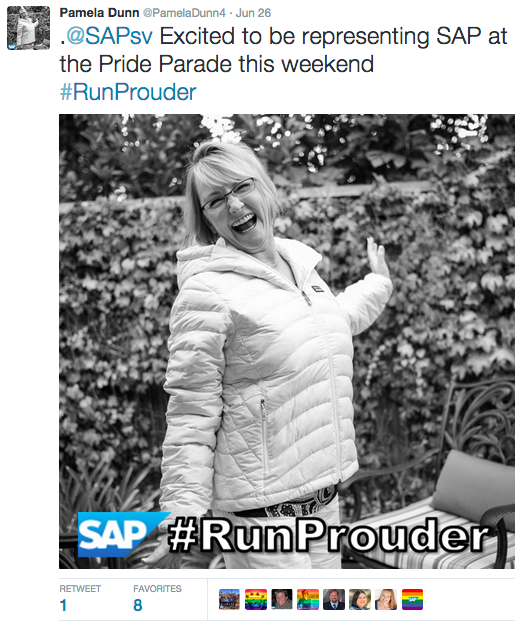