In this blog, you will be learning the following concepts

Application Administration is a feature provided in brfplus which allows you to carry operations like deletion of unused objects, cleaning up of database, reorganization of the objects and also to discard old versions of the object. This will allow to improve the performance of the brfplus application and also make sure that the brfplus application has only those objects that are used and not cluttered with unnecessary objects.

The Application Administration can be accessed in two ways. They are: 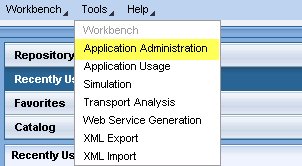 Note: To Remove all deleted objects and discarded versions then Data Retention Period in Days must be Set to Zero.

Excellent Article, I went through all your posts. Your post about stage settings in MSMP is also really good. Looking for more posts from you.