This blog is part of a series and the other blogs can be found here:

In Weekend Excursions I decided to talk a bit about everything not related to our work in Chengdu, so you will mainly find information about our weekend excursions and trips.

In another blog I will write about week 3 to 4 of our work and in a last blog about the final presentation of our results, and some reflections of these 4 weeks in China – but this is still in my head…

The team arrives in Chengdu:

On our first weekend the twelve of us arrived all at different times coming from all corners of the world.

We had 3 people coming from Germany: Tom, Peter Stock and myself, although Tom is from the UK, but he lives in Gernany.Then we have George from the Uk, Jeremy – Le Français – lives in Ireland, Grimley – originally from the Philippines – now lives in the Netherlands, Rahul from New Delhi, Shinto from Bengaluru, Mindy from the US, Mariana from Bulgaria, Florencia from Argentina and Pete, living in Canada, but originally he is an Aussie, not liking Kiwis, hmmm, what can he do?

And while we were waiting and waiting for people to arrive, we decided to explore the city. We literally arrived during a timespan of 48 hrs.

We took the metro – 2 lines so far in the city, but approx. 11 more lines to come within the next years – and arrived at Wenshu Monastery, which is the best preserved Buddhist temple in Chengdu! And I think it all hit us when we saw the temples that we will be working in Chengdu for the next four weeks, and there was no escape!

The next experience was when we wanted to order food at lunchtime in a recommended vegetarian restaurant. Okay, we were a bit late, but by the time we arrived at the restaurant, the only drink they had was hot water – and I nearly forgot – hot soy milk – which was disgusting! We left it open on the window sill, to keep the only wasp away we have seen so far. They had no tea – no tea in China? –  no coke, no cold beer, nothing! And just as a remark: the “cold” was a challenge! We hardly ever got cold beverages, cold beer? Ha! And if they had beer, it was either very warm or lukewarm, hmmm, very nice!

Thaaaat was a good start, but we were not disappointed after all, the food was excellent! We had tofu 9 different ways, or was it 7? I cannot remember, but it was the best tofu I’ve ever had: on one plate came a fish, but then we thought “fish in a vegetarian restaurant”? And it was actually tofu. And very, very delicious!

This was already a good outlook of things to come: food in Chengdu is excellent! I have never eaten so many different dishes in my whole life! But this will be a different story.

So we were definitely in Chengdu, China, there was no mistake. Everything look Chinese to us, even the door knockers:

And here is more: temples, pagodas, outlooks through windows…: 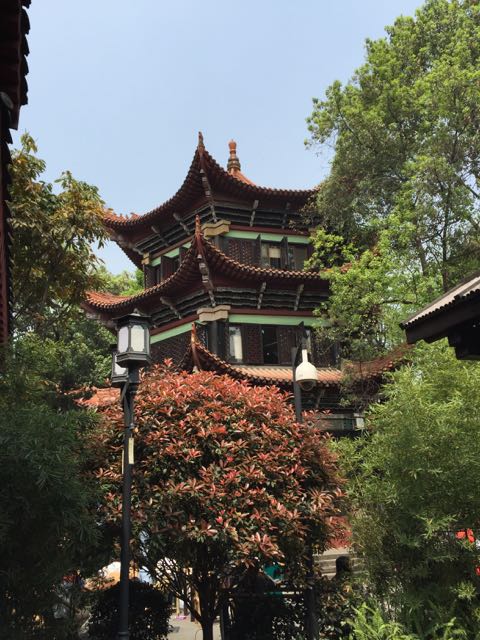 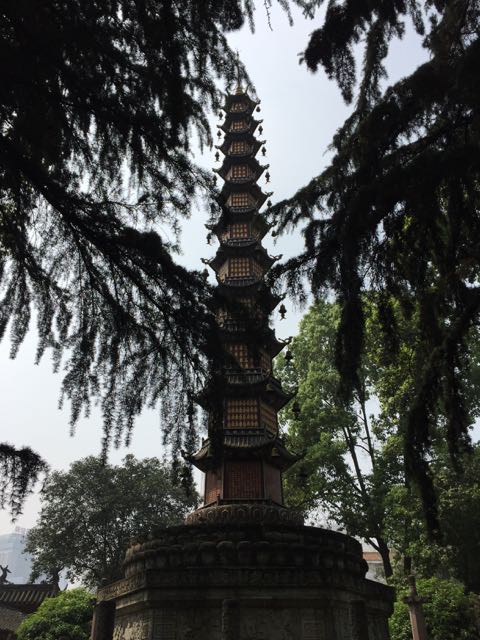 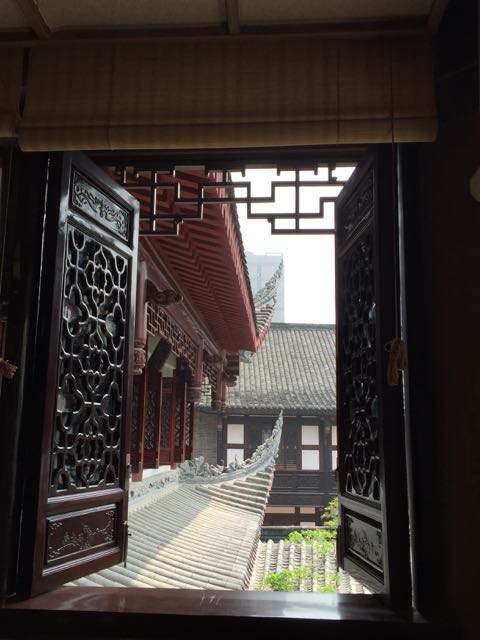 Even the wheelbarrows and ladders are different, the electric cables on the street or the apartment blocks: 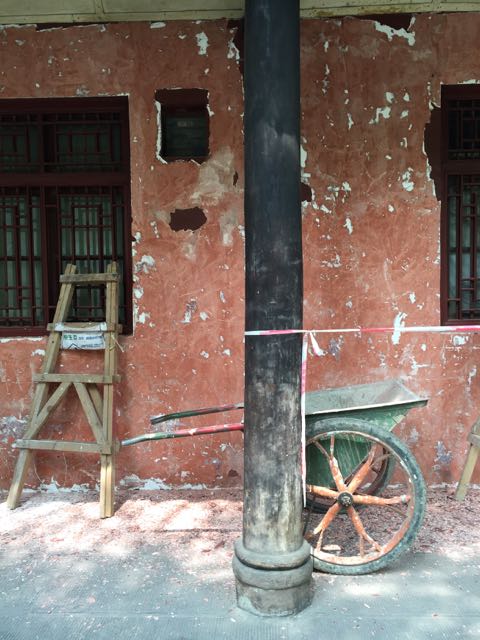 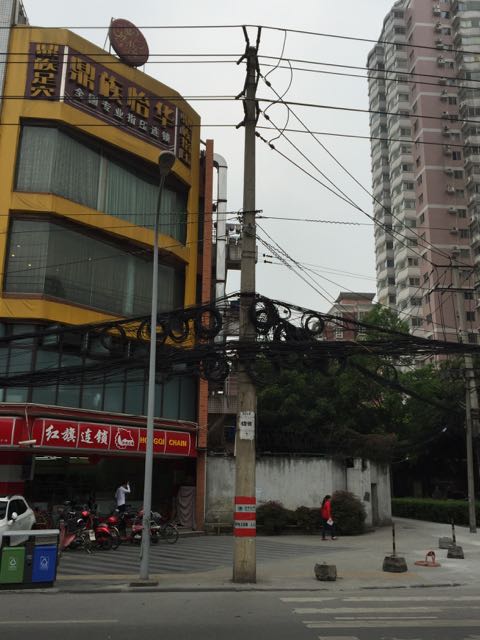 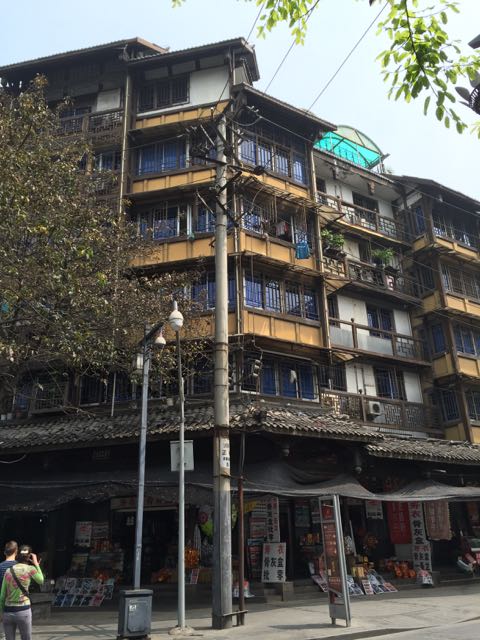 Chengdu and its famous Pandas:

On Sunday we went to the Panda Park or better to the Research Base of Giant Panda Breeding. The Panda Center is about 10 km outside Chengdu Downtown, and, as we were not the only ones, who wanted to see the Pandas, we got up really early. Pandas are not only a Chinese national treasure but are also beloved by visitors around the world -well, here we were then! Pandas can be be found only in Sichuan, Shaanxi and Gansu provinces. In total there are less than 2,000 pandas, and 70% can be found alone within the territory of Sichuan Province! So we were really lucky!

We arrived at the park at 8:00 am and then we were hunting for the little beasts as they get fed in the morning and are most active after they had their portion of special bamboo shoots.

And of course some photos, although it was very difficult to pick the best as I had tons. They can use their paws in a very agile way, but they are not the most energetic species. Eating bamboo is not really a good idea as bamboo is not very nutritious and they have to eat lots and lots of if, and still: they sleep most of the time. 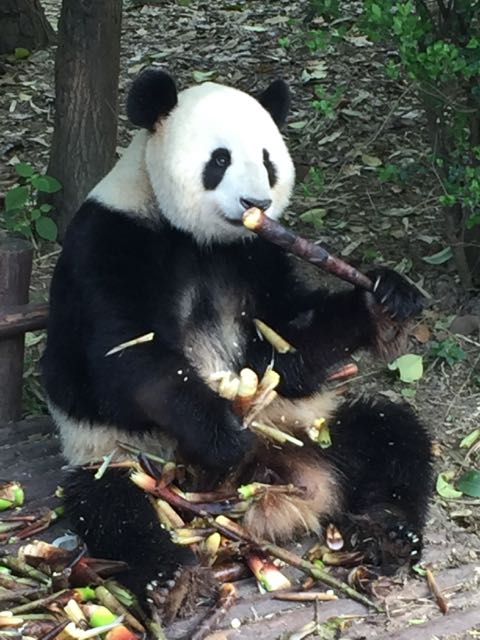 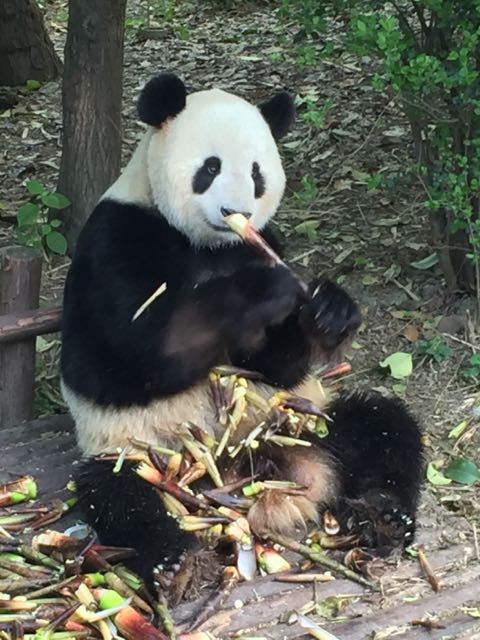 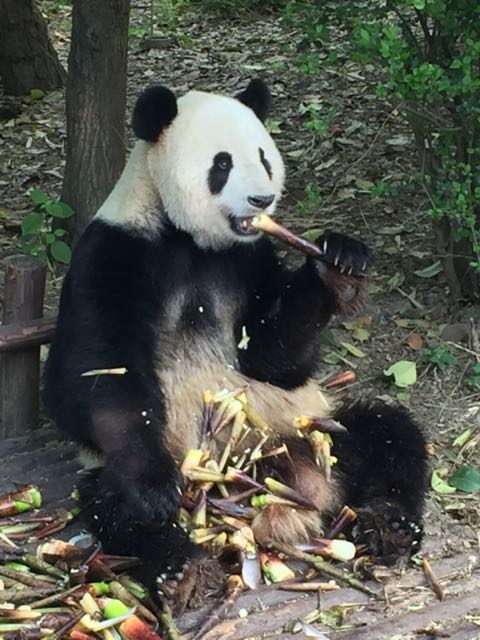 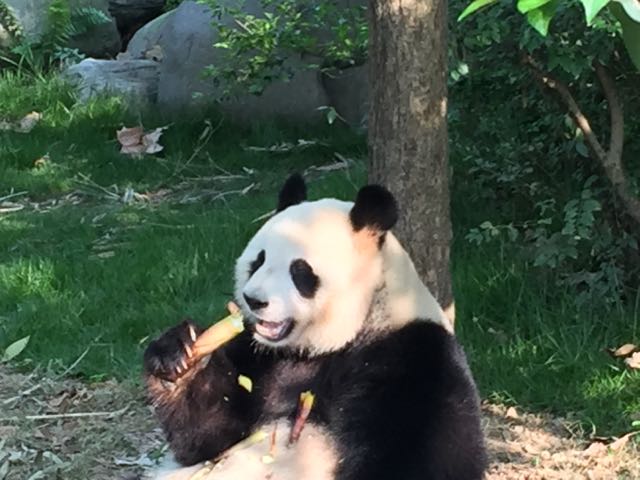 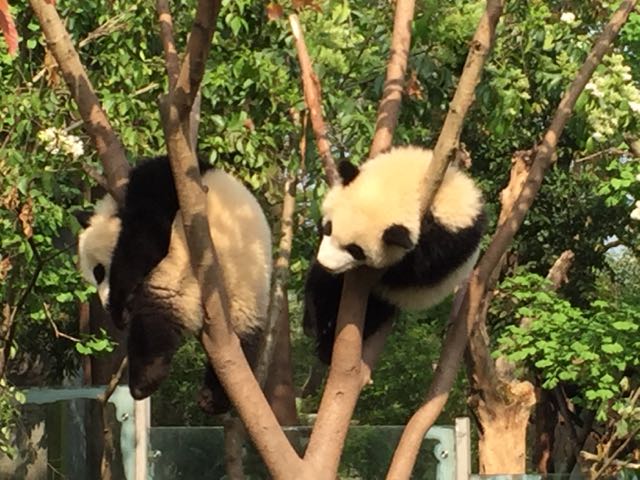 On the second weekend a group of us went on an adventure to Jiuzhaigou. More about it here: 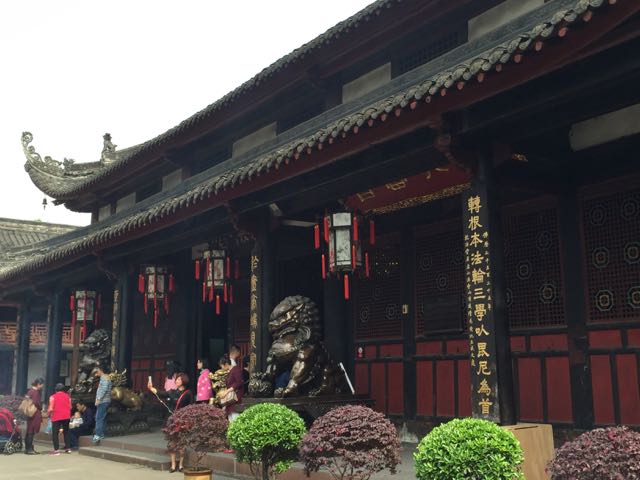 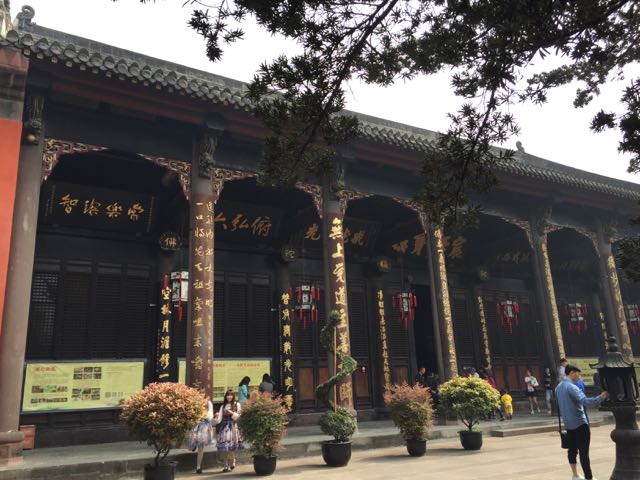 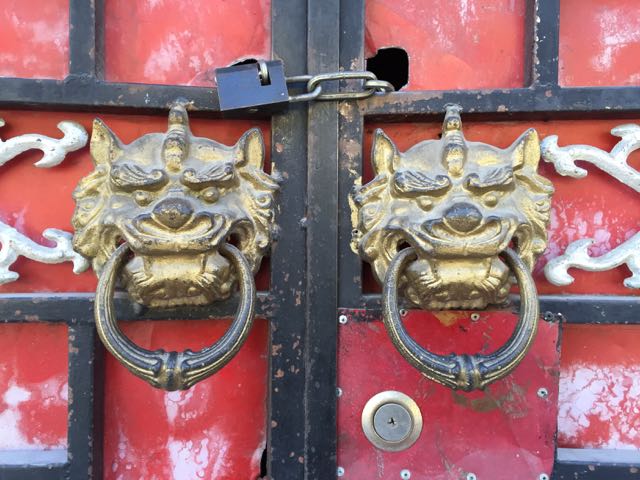 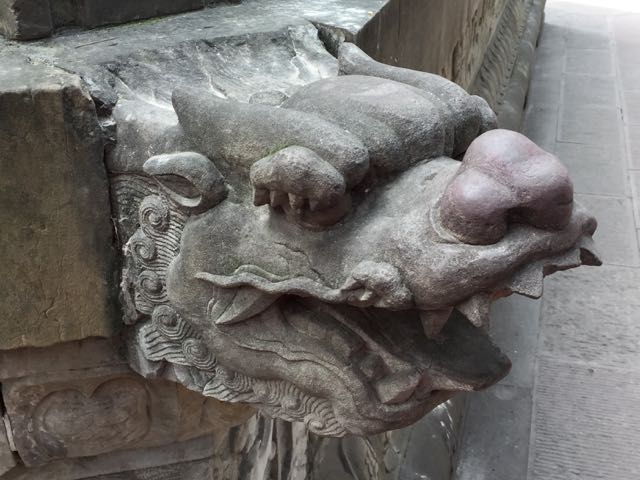 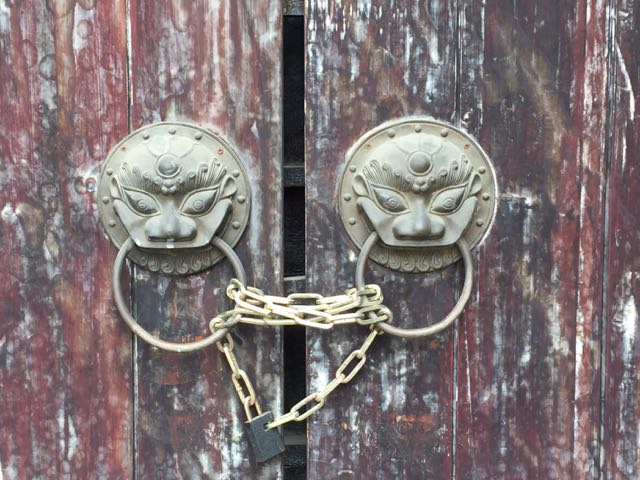