SMAC to the Future: How Acquisitions Can Decide if Companies Succeed or Fail in a New World

Social, Mobile, Analytics and the Cloud are disrupting the way business is done – and the change is only accelerating. Can companies manage the complexity of acquisition and expansion to stay ahead of the curve in a time of transformation? 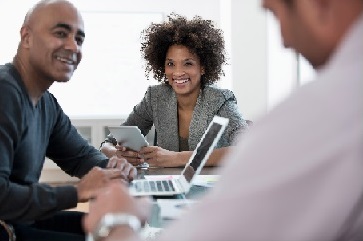 The biggest companies in technology are feeling a change in the business climate, and responding. Satya Nadella was the most accomplished cloud expert at Microsoft, and his appointment as CEO was a statement of intent, and a recognition of the critical importance of the cloud to Microsoft’s future.

The cloud is vital for technology companies in the future, as it supports and enables the possibilities of three technologies that will transform business: social media, mobile devices and data analytics.

The importance of these technologies is clear in Microsoft’s recent acquisitions, from Yammer (social networking) in 2012 through to the huge €5.45 billion acquisition of Nokia, one of the world’s most famous mobile device makers.

The same pattern can be seen elsewhere. Apple, having transformed its business with a move into mobile and cloud-based music sales, acquired the social media analytics company Topsy. Yahoo spent just under $1bn to acquire the fashionable social site Tumblr. And, perhaps most remarkably, Facebook offered $19bn in cash and stock to secure the mobile messaging startup WhatsApp – only a year after Google reportedly offered $1bn.

Social, Mobile, Analytics and Cloud – the SMAC stack – has already had a transformative impact across technology businesses, and the effect is only increasing. Customer-facing and internal technologies are able to share the same information, often using similar hardware. In order to meet the changing behaviors of networked customers, employees and systems, many large companies are making acquisitions to acquire technologies and personnel, but also audiences and brands.

CIOs should see SMAC as an opportunity to help their companies evaluate what components of the SMAC suite of services advance the company’s mission. Then, step up and provide the pieces of SMAC that meet business demands.

The role of IT, and of the CIO, will be vital to a successful integration, and the stakes and spend will be high; according to IDC forecasts, global IT spending, driven by SMAC, will grow to $2.1 trillion in 2014, with spending on cloud services topping $100 billion, and big data spending increasing by 30%. Last year, a billion smartphones were shipped – all of them forming points in a complex network of mobile interaction between businesses, customers and employees.

McKinsey research, famously, concluded that roughly 70% of mergers fail to deliver value – and that 42% of the time, due diligence failed to provide a workable roadmap to creating it1. There have been high-profile acquisitions that have not delivered, such as AOL’s $850m acquisition of Bebo in 2008.

However, McKinsey also found that businesses that were able to manage mergers and acquisitions successfully could realize “an enduring competitive advantage”2.

To see how EMC succeeded in transforming through acquisition, growing to twice as many internal users and six times as many customers and partners over ten years, download the whitepaper “The Key to Technology Growth: Integrated Acquisitions”.

Awesome insight. Social, Mobile, Analytics and Cloud strengths coming together with in-memory database and internet of things will be exciting world.