The usual legal disclaimer applies that planned improvements are subject to change. 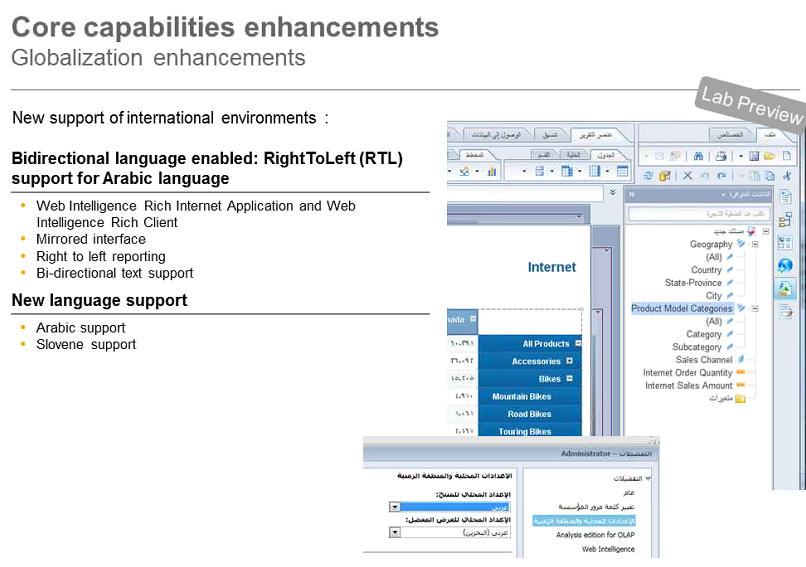 Figure 1 shows the globalization enhancements including right to left support for the Middle East market. 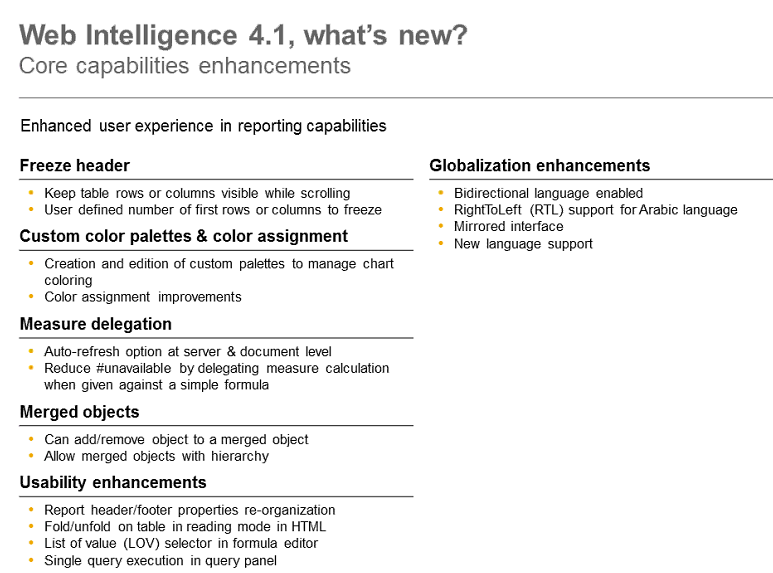 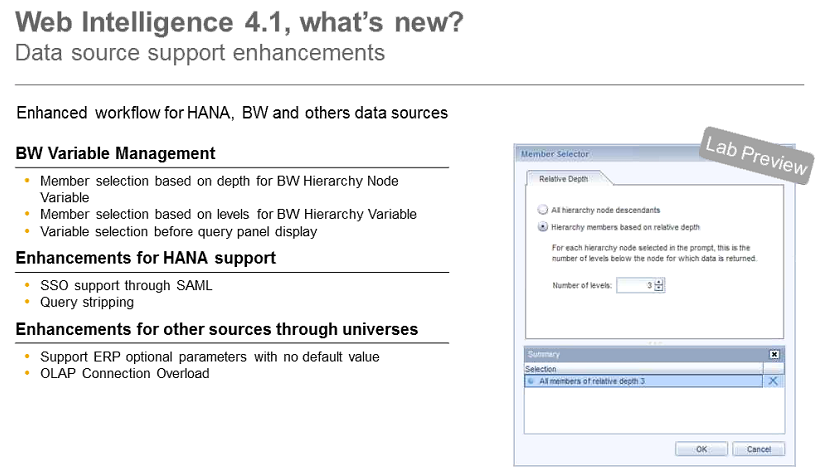 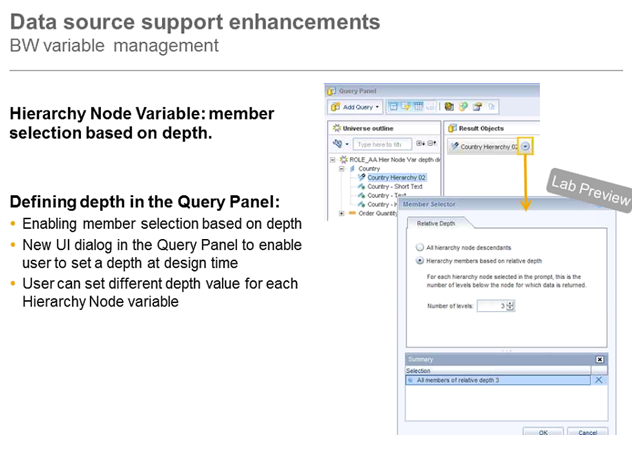 Figure 4 reviews the enhancements with the hierarchy node variable

BI4.1 with BW730 will have additional enhancements  as there is a new API in BW730 and provides better support for BEx queries 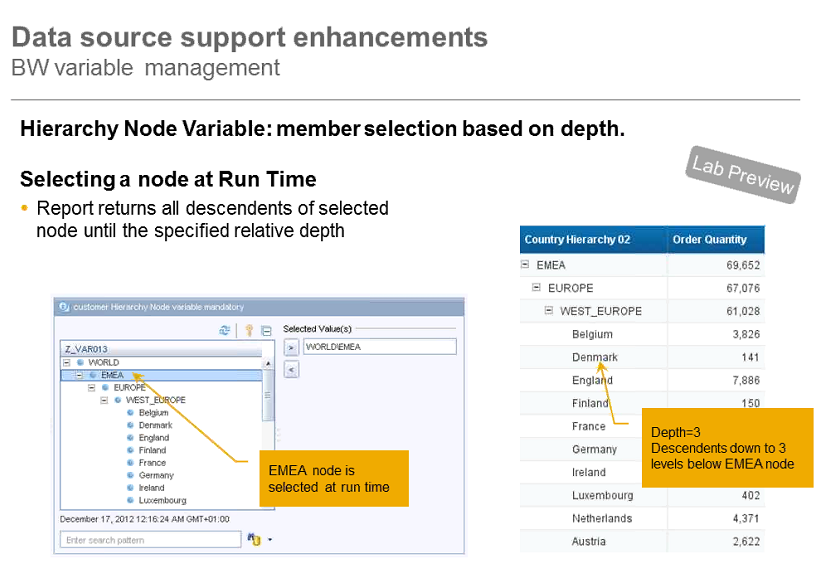 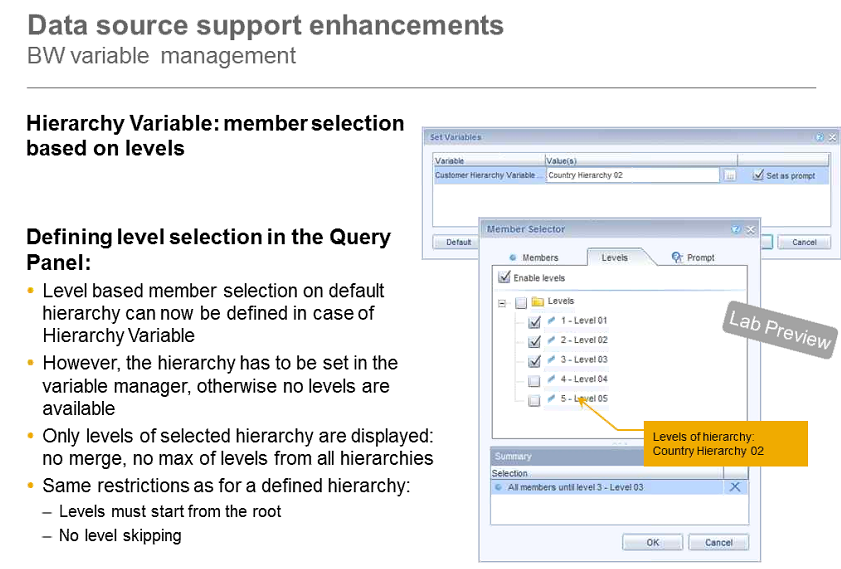 Figure 6 shows the member selection based on variables. 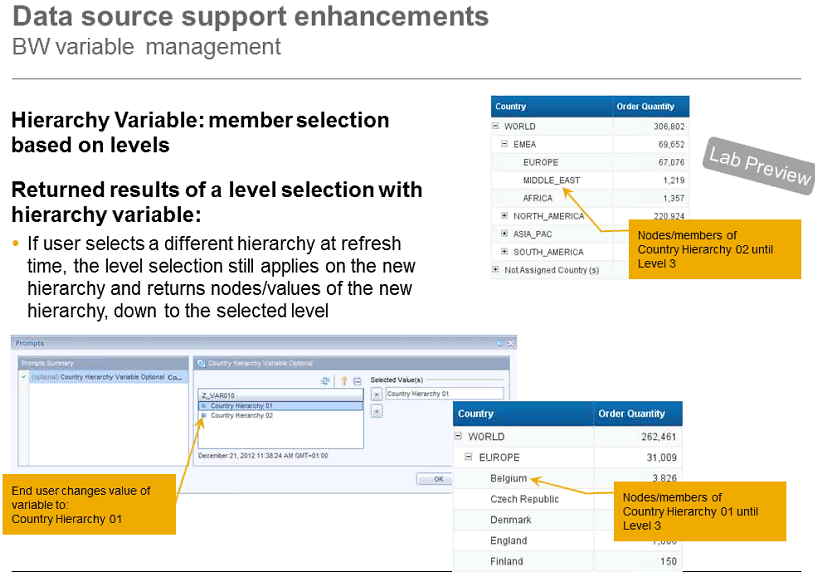 Figure 7 shows how the level selection works and helps performance. 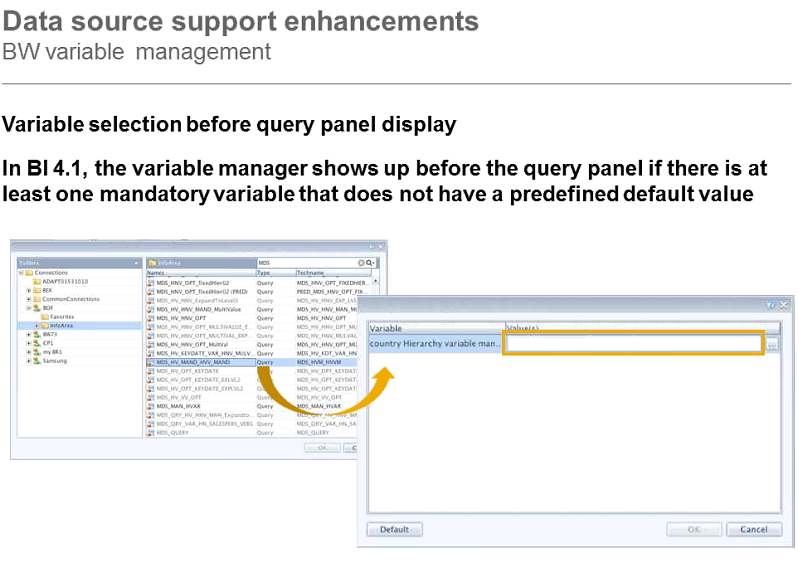 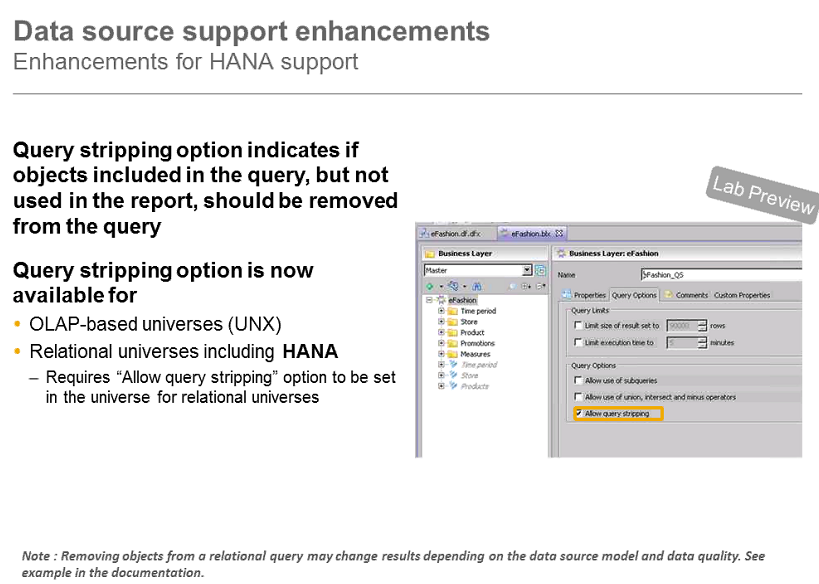 Query stripping is in BI4.1 is available for relational universes including HANA; before only available OLAP datasources such as BEx queries

First you need to activate it at the universe level in the Information Design Tool. 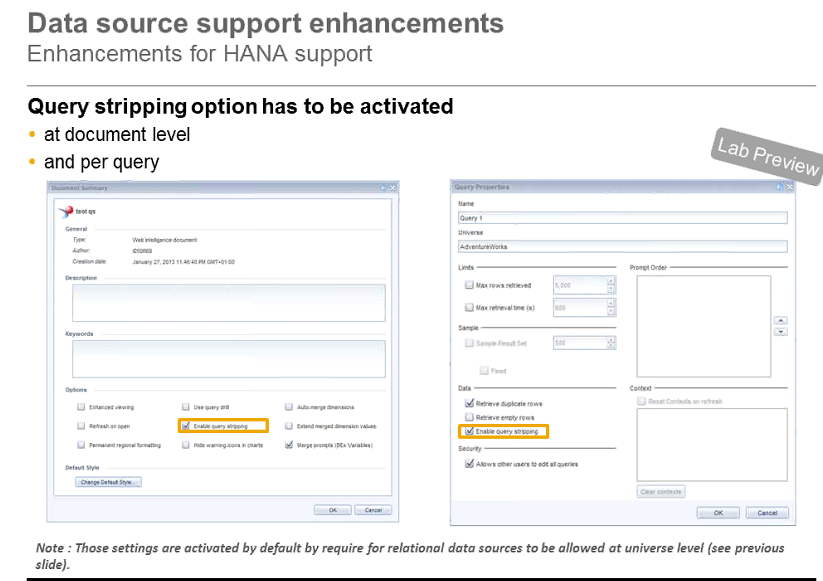 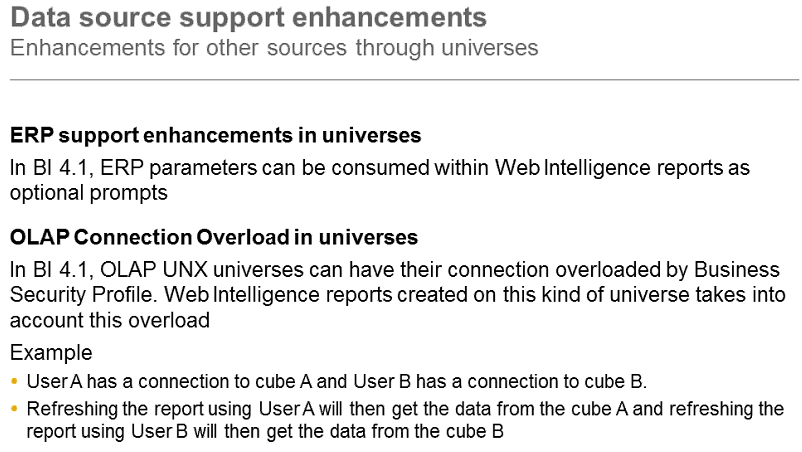 Gregory provided the following links during the webcast:

Also, somewhat related, tomorrow ASUG has a webcast on What is New in the Semantic Layer BI4.1