The thinking about ABAP system-wide issues

The ABAP system-wide issue is the most critical and urgent issue for system administrators. Meanwhile, it is also usually complex, because the root cause might be related to different areas. We SAP MCC Global Technical Backoffice work on such cases almost every day because it is our daily work to support the critical system-wide problems reported by our customers all over the world. In this blog post, we would like to share our idea about what is the first thing to do when ABAP system-wide issues happen. This blog post will cover the following aspects.

I guess you will be curious about why we have the above answers. So let’s just start. Let’s have a look at the above topics one by one.

Q1: What is the first thing to do when critical ABAP system-wide issues happen?

But there is a challenge for the system administrators to collect the evidence. Because of the criticality and urgency, the administrator usually can not wait for a long time until the root cause is found, and sometimes he has to consider restarting the system to bring the system back to normal as soon as possible for business usage. Furthermore, the collected information might be not enough for the root cause analysis, but we are not able to collect more information if the system is restarted or the symptom is gone by itself. Because of the criticality and urgency, the action to collect the evidence must be easy and fast. It does not make sense if we need half an hour to collect all the information for troubleshooting.

This challenge is just what we want to discuss in the next section: “What is the best and easiest way to collect the trace or log?”

Q2: What is the best and easiest way to collect the trace or log for ABAP system-wide issues?

The answer is to trigger a kernel snapshot (aka server snapshot, a feature that is available since SAP NetWeaver ABAP Kernel 740).

Why? It is because the kernel snapshot is not a single trace, but a collection of the most important troubleshooting information, for example, it includes

It contains typical troubleshooting information from common BASIS T-Codes. It also contains almost all the information that is available in SAP MMC like the following screenshot. The kernel snapshot file can also be viewed later in SAP MMC. Just like the metaphor “snapshot”, the design purpose of kernel snapshot is to take a snapshot of all the most important system runtime information at a specific time point so that it can be analyzed later. 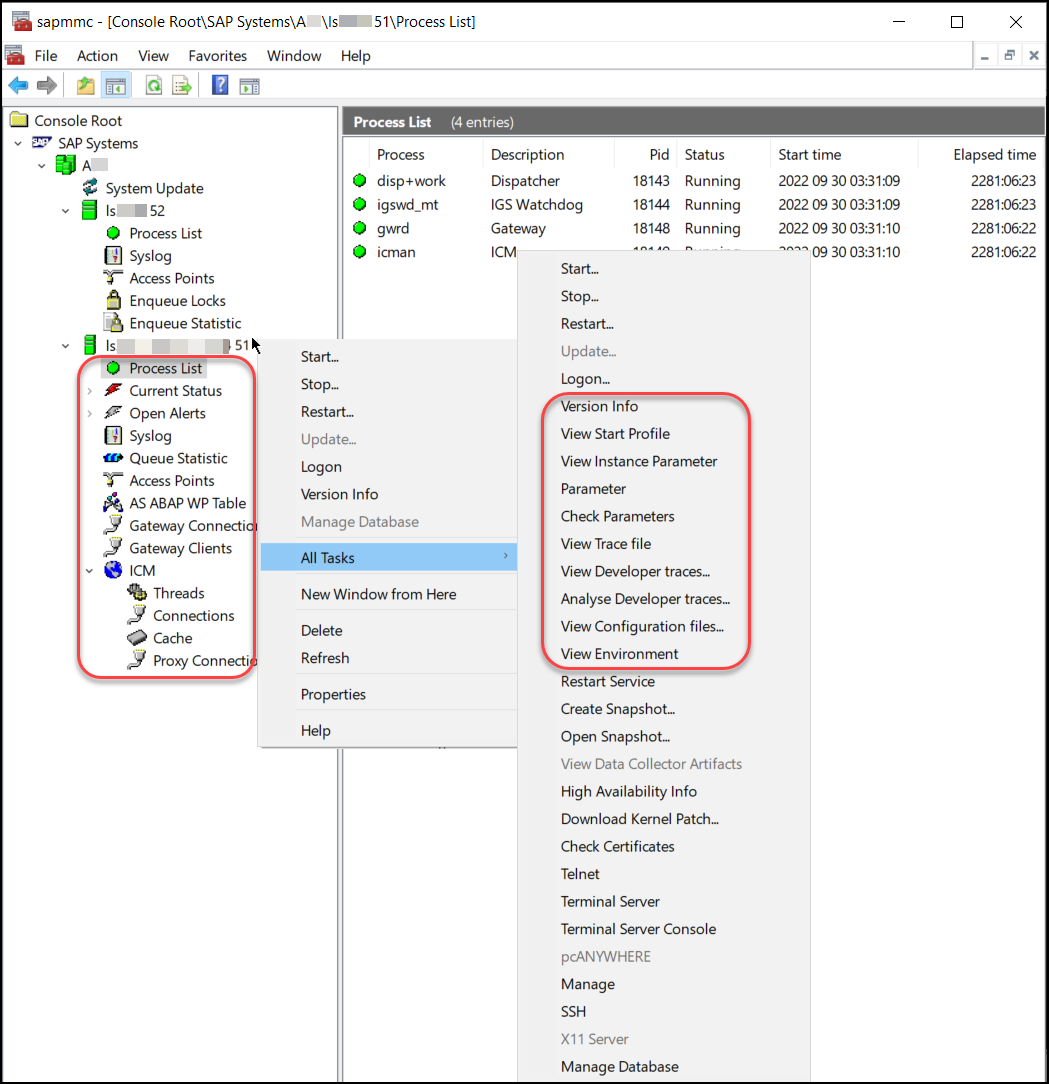 This is why generating a kernel snapshot is the best and easiest way to collect the information for ABAP system-wide issues. The system will automatically create kernel snapshots for us when the system thinks something wrong happened. But in case it’s not created automatically, we can also create it manually via SM50 or dpmon following the steps in the KBA below.

Q3: What’s the best way to analyze the kernel snapshot?

Previously, the expert have to load the kernel snapshot file into SAP MMC or evaluate the snapshot information in the developer trace (dev*). Both of them need expertise and a lot of many efforts, e.g.

The example here is related to enqueue and background job processing. To reproduce the symptom, I first lock the whole background job table TBTCO via lock object ESTBTCO in SM12, so no one can get a lock of ESTBTCO to schedule any new job. Then I trigger many RFC calls via JCo from my PC to schedule new jobs via XBP API (just like some 3rd party job scheduler). Because all the lock requests to ESTBTCO will be blocked, all the external RFC sessions will not be able to schedule new jobs and they will pend on enqueue action like the following screenshot, and then the system will be slowed down because the dialog work processes are used up.

The first analysis report screenshot is about the enqueue analysis (=> ① in the screenshot below). It tells us: Next, you might want to get more insights from the RFC point of view because most of the work processes are busy with RFC sessions. So let’s check the RFC analyzer (=> ① in the screenshot below). The RFC analyzer tells us that “it is the user TEST_USER who triggered so many RFC requests and flooded the system with RFC FM BAPI_XBP_JOB_OPEN (=> ② or ③)”. So this user and this RFC function module should be checked. BTW, here are the steps I held all the locks of ESTBTCO (job table TBTCO) in SM12. If you like, you could also flood your test system in a similar way and then check your scenario similarly. 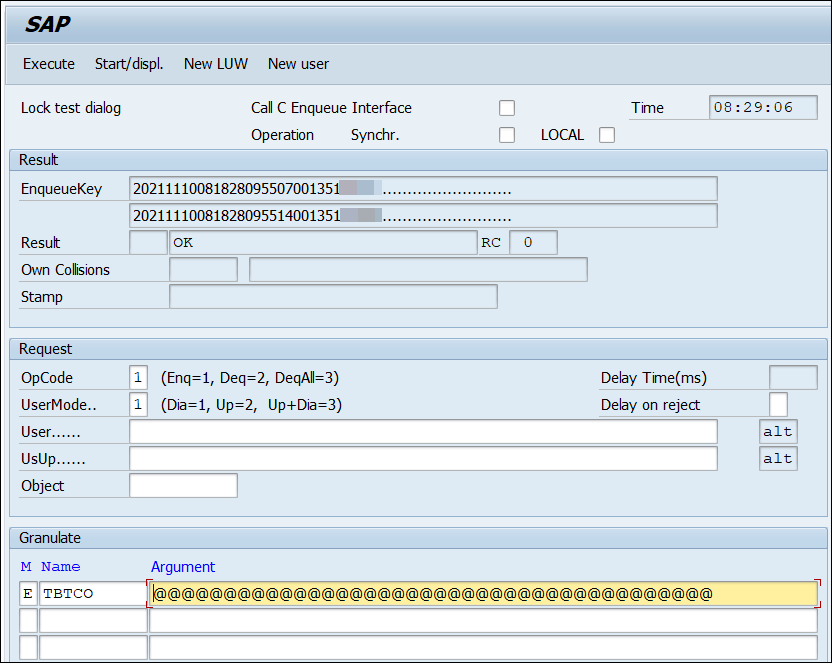 Now I think we all have a good feeling about

It already greatly simplified our daily work to support the critical ABAP system-wide incidents reported by our customers all over the world. As it is documented in KBA 3110588, the tool not only shows us the conclusion from BASIS, application, or SAP areas, but also supports more areas like database, network, or Operating System I/O if the ABAP system is affected by them.

At last, please feel free to share your feedback by sending an email to me “qiansheng.wang AT sap.com” or adding a comment to this blog post. Your feedback is highly appreciated.

Thank you very much for this wonderful article, which explains the correct way in steps used by basis admin.