SAP HANA Spatial and GDAL in Python on Windows OS

In my previous blog posts, I wrote about GDAL with SAP HANA driver in OSGeo4W and how it enables GDAL utilities in the command line. During my SAP TechEd community session, we discussed as well the possibility of coding this in Python.

If you are using OSGeo4W, then make sure python3-gdal is selected to be installed.

In my case I want to use Jupyter to code, so I install it from OSGeo4W too.

Let’s check in OSGeo4W Shell, that these components are installed.

In my example, which I used for a demo at SAP TechEd in Las Vegas, NV, data comes from my fitness watch.

I walked my usual route in Las Vegas before the conference: https://www.strava.com/activities/8109863427 … 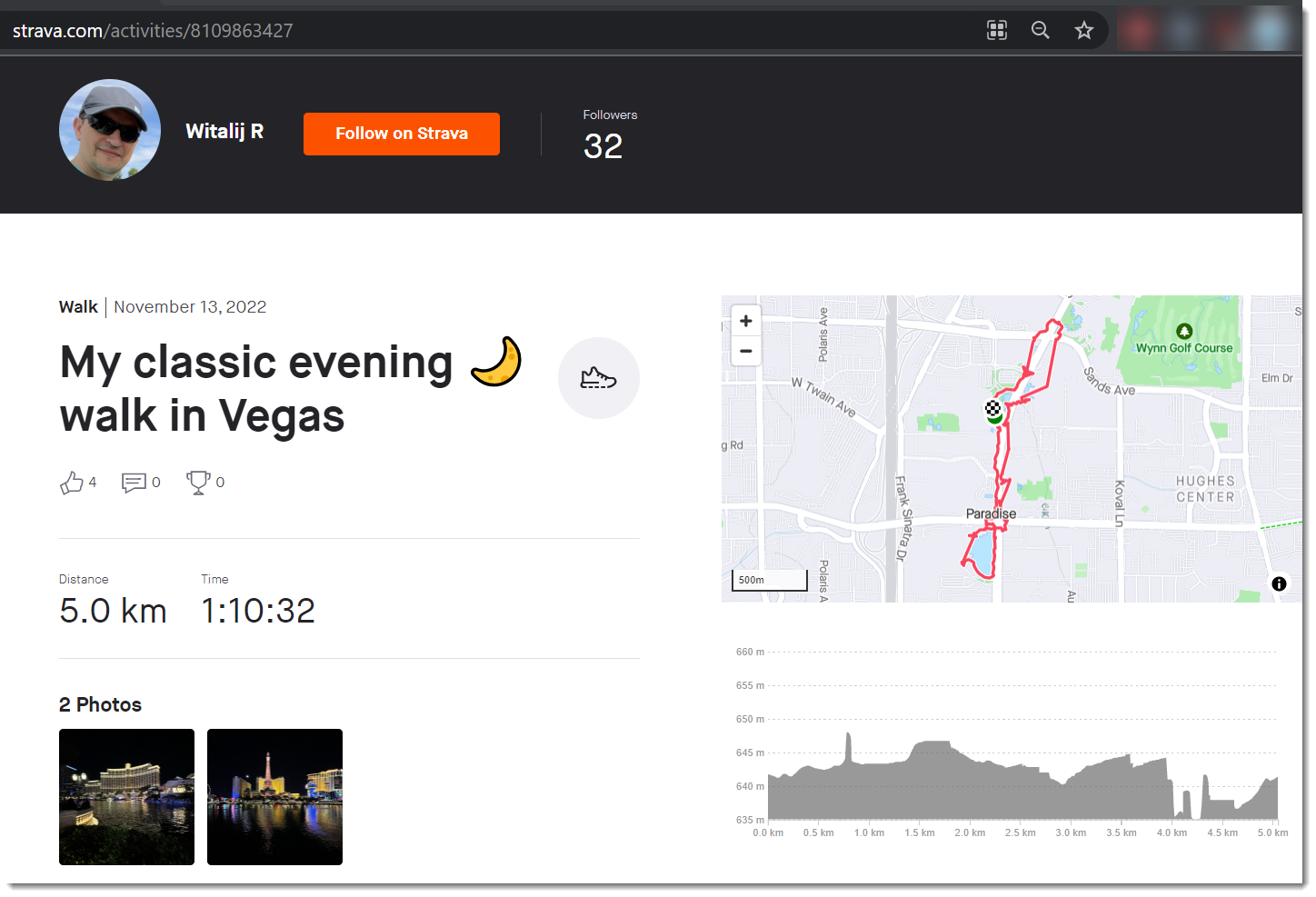 … and then I downloaded it from the website as a GPX file called My_classic_evening_walk_in_Vegas.gpx.

Let me start Jupyter with jupyter notebook as Jupyter Labs is not yet available in OSGeo4W.

One that we need to work with vector data is ogr, but a version number can be read only from the gdal module.

Import was successful, and the version is 3.6.2.

“The GDAL team acknowledges that Python programmers expect exceptions to be enabled by default, but says that exceptions are disabled by default to preserve backward compatibility.” accordingly to https://gdal.org/api/python_gotchas.html#python-bindings-do-not-raise-exceptions-unless-you-explicitly-call-useexceptions.

Check OGR drivers for HANA and GPX are included

Both HANA and GPX drivers are available among 78 different OGR drivers.

In my case a GPX file My_classic_evening_walk_in_Vegas.gpx:

There are two layers with data: tracks and track_points.

I use getpass to get secret input of the password.

You can find all connection string options at https://gdal.org/drivers/vector/hana.html#dataset-open-options.

Connect to SAP HANA and set a target schema

Check existing tables in the schema in SAP HANA db

HANA table corresponds to a “layer” in GDAL/OGR terminology.

At this stage schema is empty as can be seen from DB Explorer too.

I want to copy only one layer tracks from the GPX file into my SAP HANA’s schema.

There is one table TRACKS in SAP HANA’s schema now, as can be seen in the DB Explorer too.

All five layers have been copied to five tables in SAP HANA.

We can see all five tables and preview data from for example TRACKS.

This is the geometry stored in that cell. 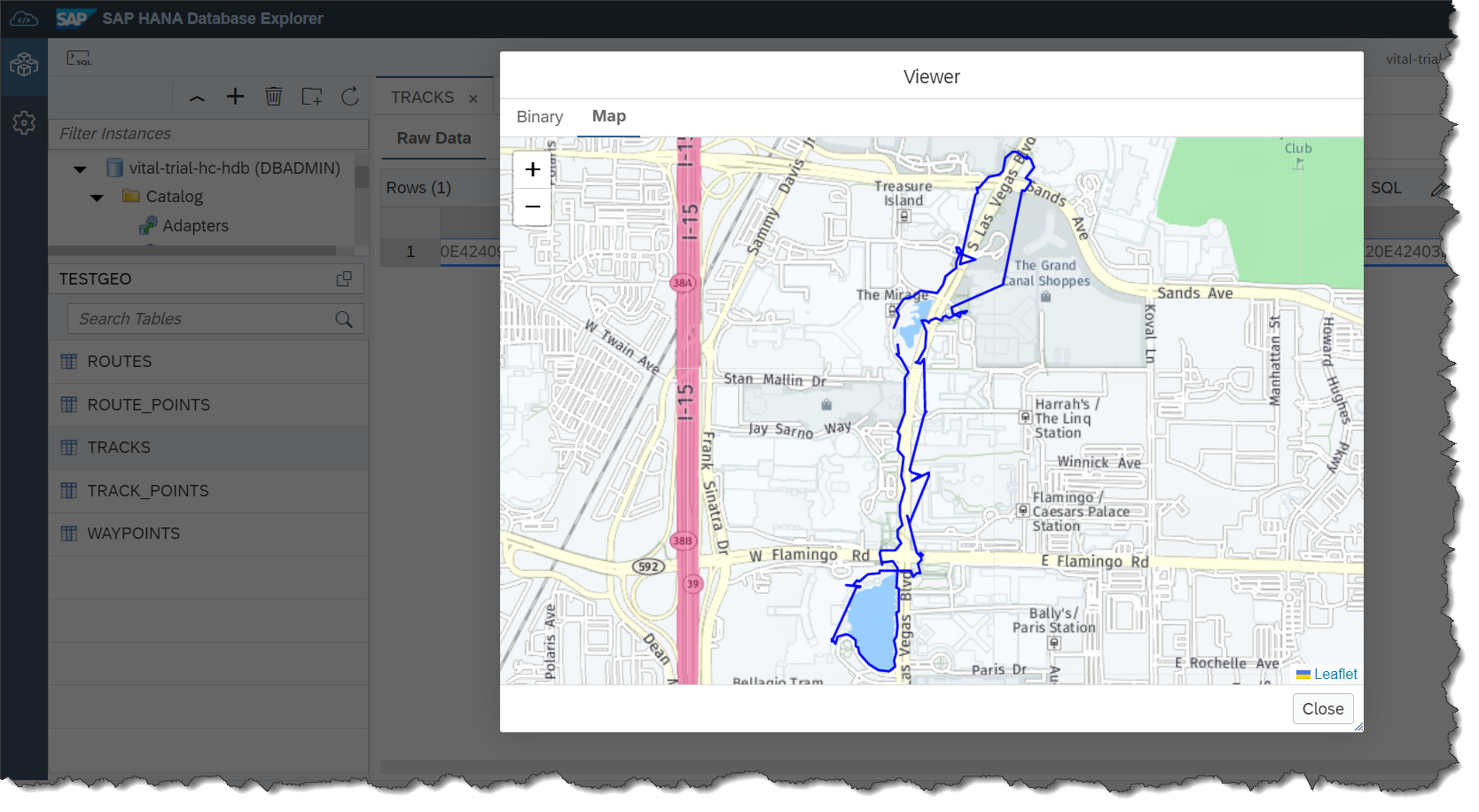 Does it look familiar compared to the one from the beginning of this post?