Whether you need to reconsolidate previous years because of a change in accounting standard or want to preview the impact of a potential acquisition, restatements and simulations are key elements in your consolidation process. With the enhancement of our extension version capabilities, SAP S/4HANA for group reporting provides you a flexible way to restate and simulate your group financial statements.

This blog describes the following elements:

Restatement is the process of restating the consolidated financial statements you already published. You usually carry out a restatement because of a change in accounting standards, in group structures or management organizations, or in reported data. The restatement is necessary to make possible the comparison between different years and periods.

Also, you can perform different types of restatements, which require a change in master data, transaction data, or configuration. As restated data sometimes becomes the norm for the future, restated data sometimes needs to be “merged” into the standard version during balance carry forward. Finally, previously published data must be secured (financial data, logs, task status, master data, configuration).

To help you restate an existing consolidation or simulate a new consolidation case, you can use the extension version feature of SAP S/4HANA for group reporting:

You can create the extension version on top of its reference version in a version stack, which only stores delta values. The version stack doesn’t store all data records of the consolidated financial statements but only the ones needed to obtain the restated or simulated values. You can also consolidate the extension version using a different configuration than the reference version. For example, you’re able to use a different group structure or different tasks and methods in SAP S/4HANA for group reporting data and consolidation monitors. 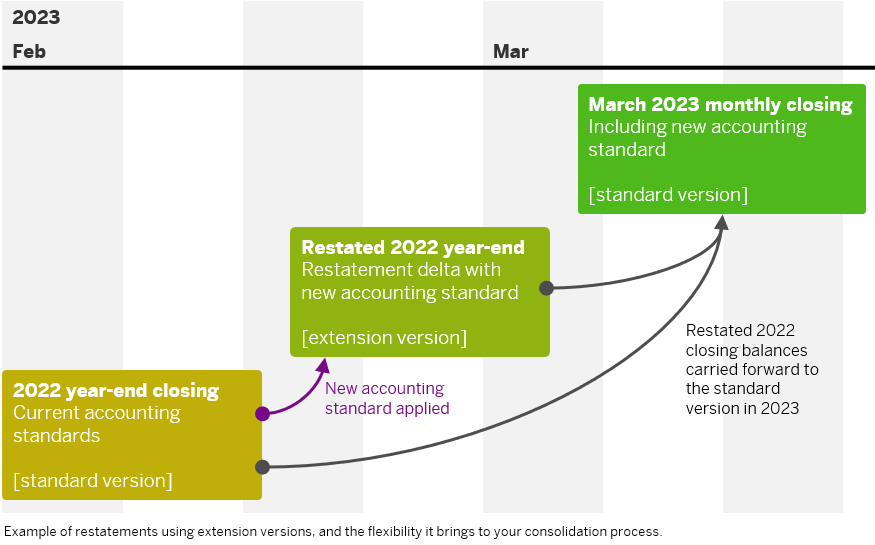 To support restatement and simulation, you can now:

The version stack comprises a group of consolidation versions that are linked together by each of their respective reference version settings. Each version in a version stack represents a different view of the consolidation financial statements, and these views correspond to specific scenarios.

Several group currency extension and extension versions can be defined and linked to the same standard (reference) version, you can therefore stack different restatements or different simulations. Across the version stack, only delta values are calculated.

Here are two examples that illustrate the combination of extension versions and version stacks.

You need to restate your standard (reference) consolidation Z10 in euros both for a new IFRS standard, and for a management reorganization.

For this, you can: 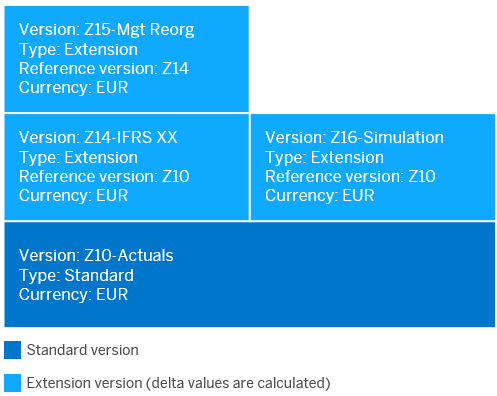 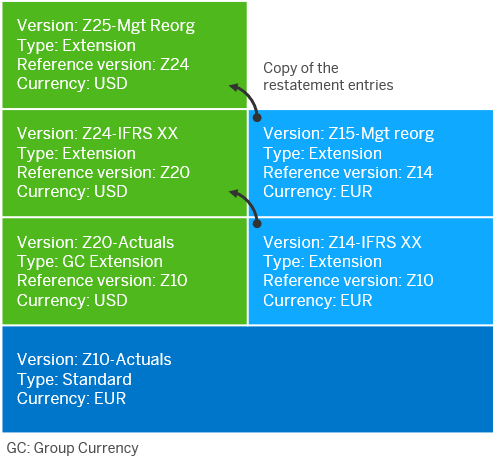 As shown in the following screenshot, new settings are available for the extension version:

(3) An extension version can be assigned to special versions that are different from those in its reference version. 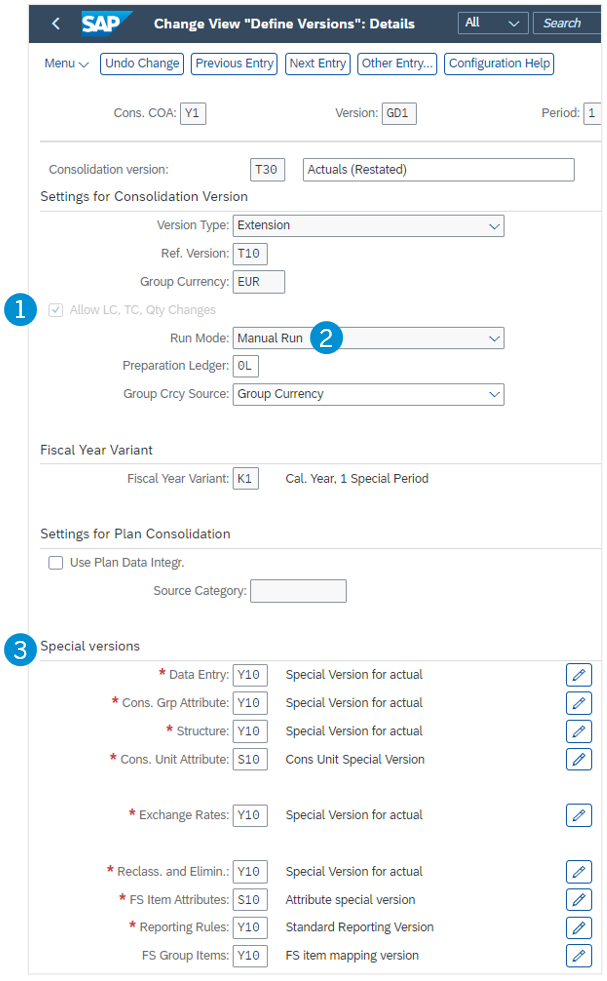 —
Enhancement of other functions related to extension versions
—

With the extension version for restatements and simulations, you also benefit from enhancements on the following related functions.

For more information on restatements and simulations, you can refer to the following:

You can interact online with the SAP Product Engineering team by joining our Customer Influence Platform and following our Community. 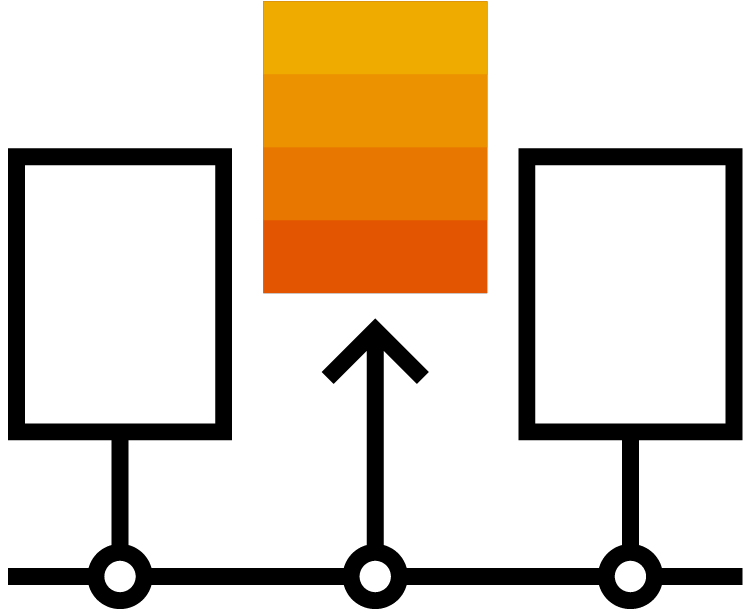 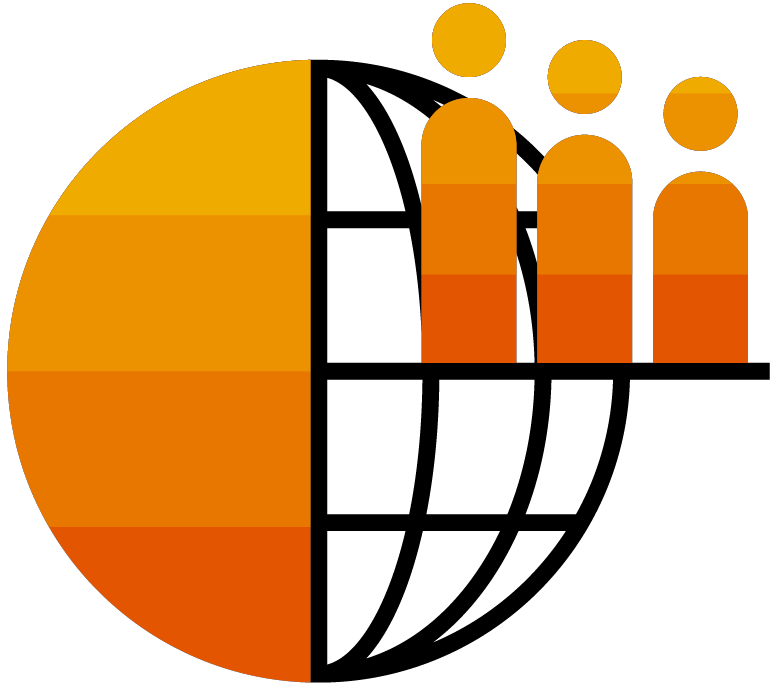 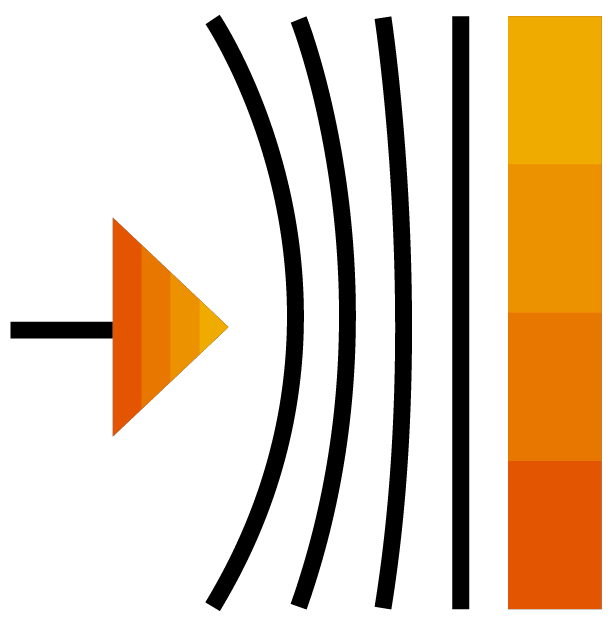