Hello, How is everyone doing? I hope all are in good health and always driving towards leanings new things or expanding your horizons.

Today I will be discussing a walkthrough of the project cycle for the S/4HANA conversion project. Sometimes while working on a particular role we miss the bigger picture.

I will be explaining the same with the help of the below diagram which I created myself. 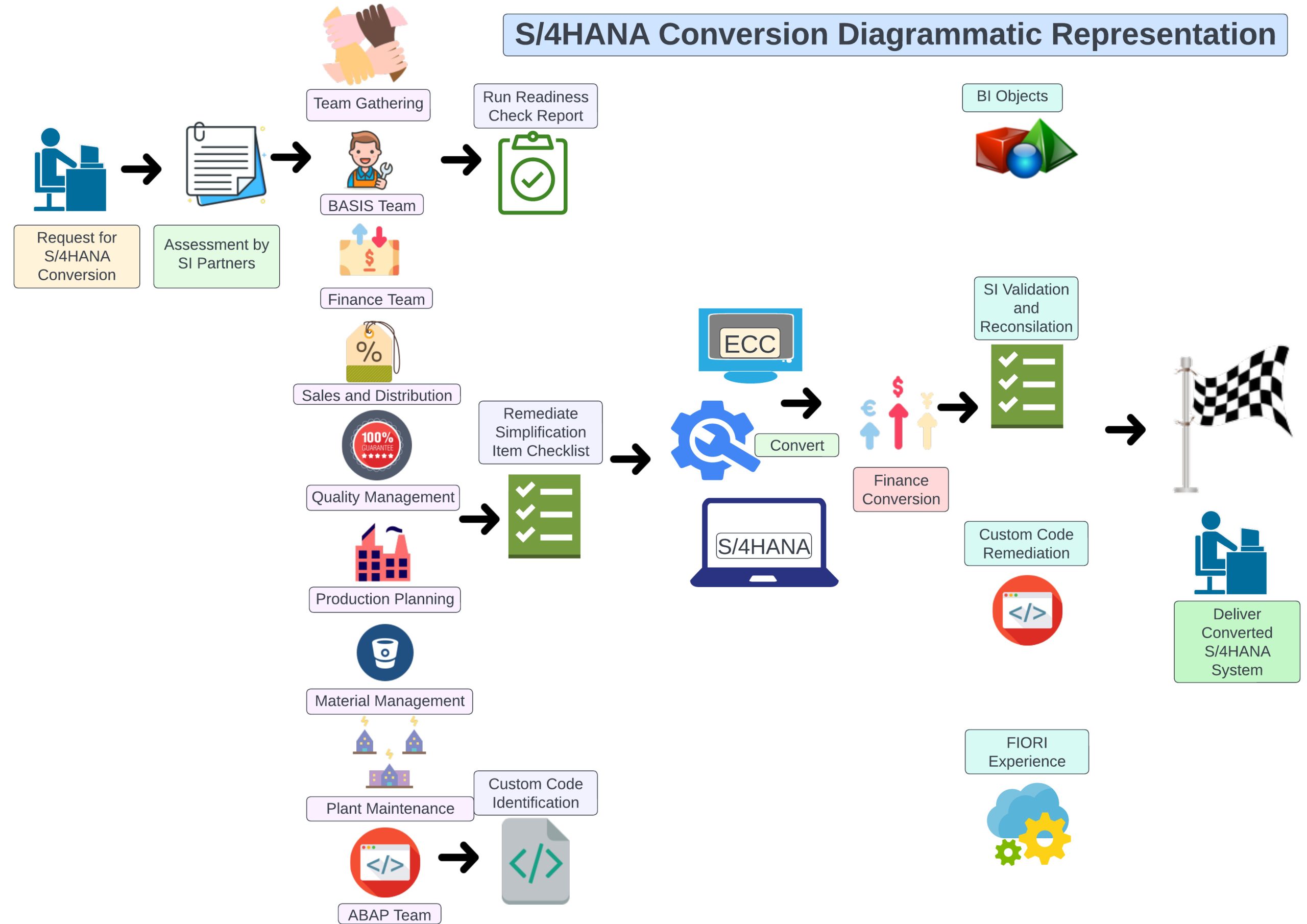 Let’s try to write the project flow in bullet points. Yes, this is quite uncommon but it’s good for a person who is trying to understand it.

I hope this will give your a high-level idea of the project cycle for S/4HANA conversion. I generally plan my blogs which let us understand the technology in the simplest of language and thoughts.

So simple yet so detailed

I will use it to explain conversion processes.

Question regarding point 9: If finance conversion is not ok sometimes it requires to restart the conversion again with the correction performed upfront?