Check out the application!

I saw all the wonderful things others have written for the 24 Days of SAP Community, and I wasn’t sure what I could add.

At first I thought of writing about Chanukah, which begins in the evening of our Day 18. Chanukah is a festival of light, where we light 1 candle the first night, adding one candle each night until we get to 8. I like to think Chanukah (and the other religious festivals around the same time) as having a universal appeal, since we are likely all frightened (since the beginning of time) by the darkening skies of the winter, and we are trying to do something to bring light to the darkness.

A 5-minute explanation of the holiday from the Rugrats:

A few things that might still be confusing about Chanukah: 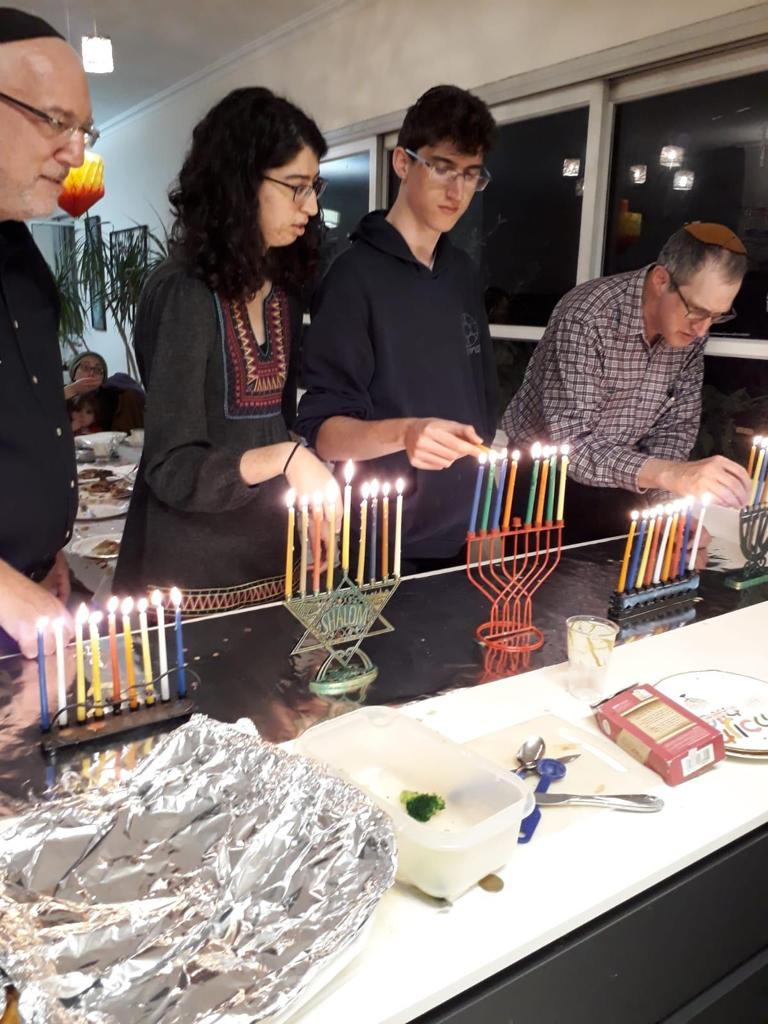 Me, my daughter, my son (who was 18 at the time), and my brother in law, lighting on the 8th night last year.

But then I thought I’d write something about the World Cup, whose finals are being played also in the evening of Day 18. I don’t think I ever heard about the World Cup when I was a kid (I never heard of Eurovision either). When we came to Israel in 2002, all the new Argentinians were in the lobby of the absorption center, skipping class, to watch the games, and I had no idea what all the excitement was about.

Things changed when I started watching the games in 2006 (the 18th FIFA World Cup, and the one with the Zidane head butt) with my neighbor, whose family is from Brazil – we didn’t have cable so we went to them to watch. One of his sons is an Argentina fan, so it made for some spirited viewing. We also watched together the 7-1 defeat of Brazil by Germany in 2014. 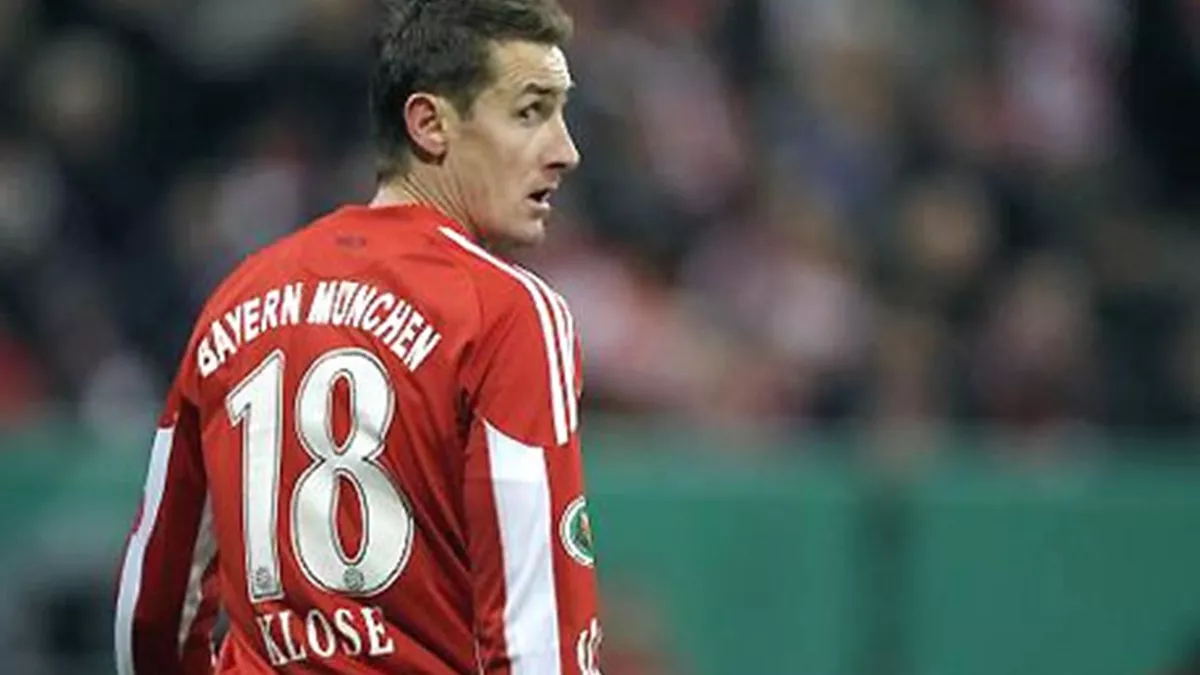 The top goal scorer ever in World Cup history is Miroslav Klose of Germany. Klose wore number 18 while playing for Bayern Munich.

But then reflecting on the year, I thought I’d write about this year’s SAP TechEd, and how that is now the highlight of my 18 years at SAP.

When we first started rehearsals for the keynote, my colleague and friend Josh Bentley (who recently explained to how to make shakshuka) pulled me aside and gently but clearly said my first attempt was, well, boring and lame. It felt like I was reading a script. Without his directness, I may not have practiced as hard – for the next 2 days, I paced behind stage, memorizing my lines, ignoring everyone, working my hand gestures, and making the demo presentation a part of me. 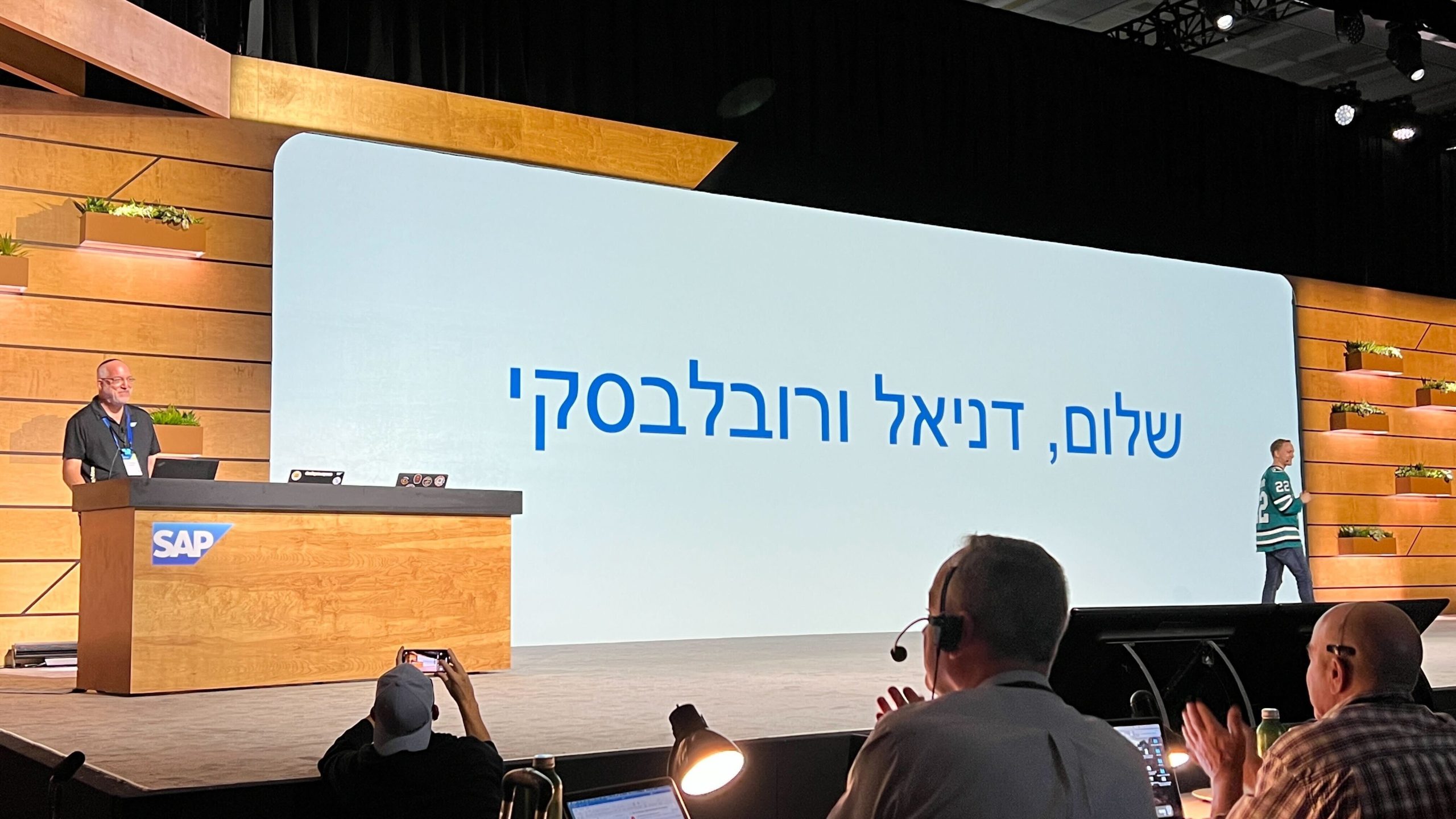 The slide onstage before I gave my demo, with my name in Hebrew, was a kick for me and all my colleagues at SAP Labs Israel.

But then I thought I shouldn’t focus on me but on the SAP Community in general – after all, since first walking into the WDF18 star building in Walldorf only a month after being hired, I’ve met amazing people, at SAP and in the greater SAP Community. Without the help of A LOT of people, that demo would not have happened. 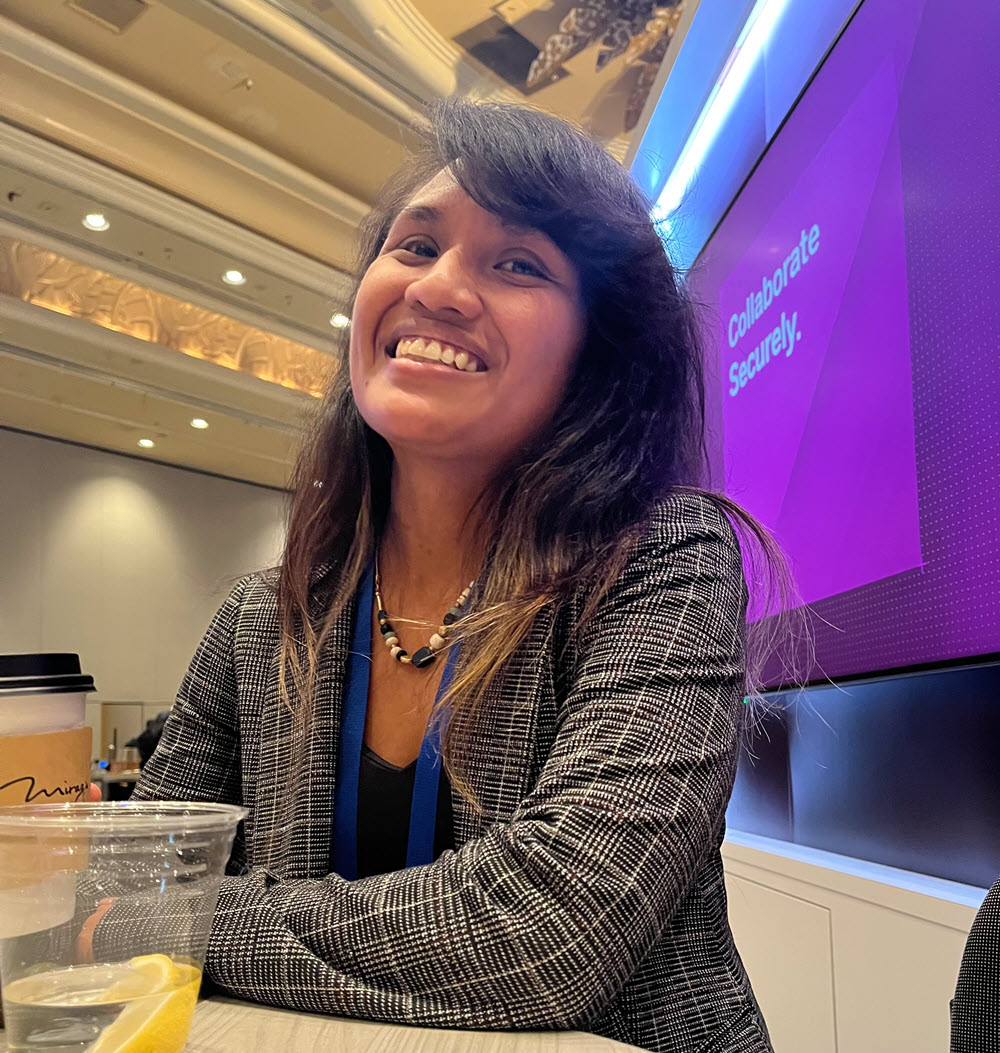 Top, Esmee Xavier at the SAP Build booth at SAP TechEd, and above, me with my new favorite SAP Champion, Sergio Guerrero.

But then I finally decided that I wanted to share one of my great passions, and one that I think can really keep your mind sharp: Cryptic Crosswords

The special thing about cryptic crosswords is that you first have to decipher the clue, and only then figure out the answer. And why is that important? Because the first time you look at a clue, you are confused and you can’t methodically and rationally figure out the clue. You have to let it sink in … look at it from different angles … put the magazine away and come back to it in a few days … and then magically something clicks in your head and you can solve it.

Really. That moment it comes to you is a magically feeling.

Let’s take 18 across below:

For each clue, the first or last part is a definition, like any crossword, but the rest is a play on words. You can see all the types of clues here. Each cluse shows, in parentheses, the number of letters in the answer.

So on 18 across, the definition is “division”. If I look at the rest, I can see that “Under” means “Sub“, “Blanchett” is obviously “Cate” and “bloody” is also pretty cleary “gory“. If you put those together, you get the word “subcategory”, which means “division” (and is 11 letters long).

I like to do the puzzles in Games Magazine, because overall they are easier than other puzzles I’ve seen, but still challenging. I get the magazine delivered, but you can buy an online subscription. I’ve been reading it on and off for 40 years.

Just a note: In Hebrew, letters also represent numbers, and the value 18 often is associated with the word חי (pronounced “Hi”, but with a rough “H”), meaning “life” or “living”. It’s a kind of superstition to give presents or donations in multiples of 18, and people sometimes wear chains with the word, because in the end we always wish people a long and meaningful life. [By the way, Israel came in 2nd by only 6 points in the 1983 Eurovision contest with the song called חי). 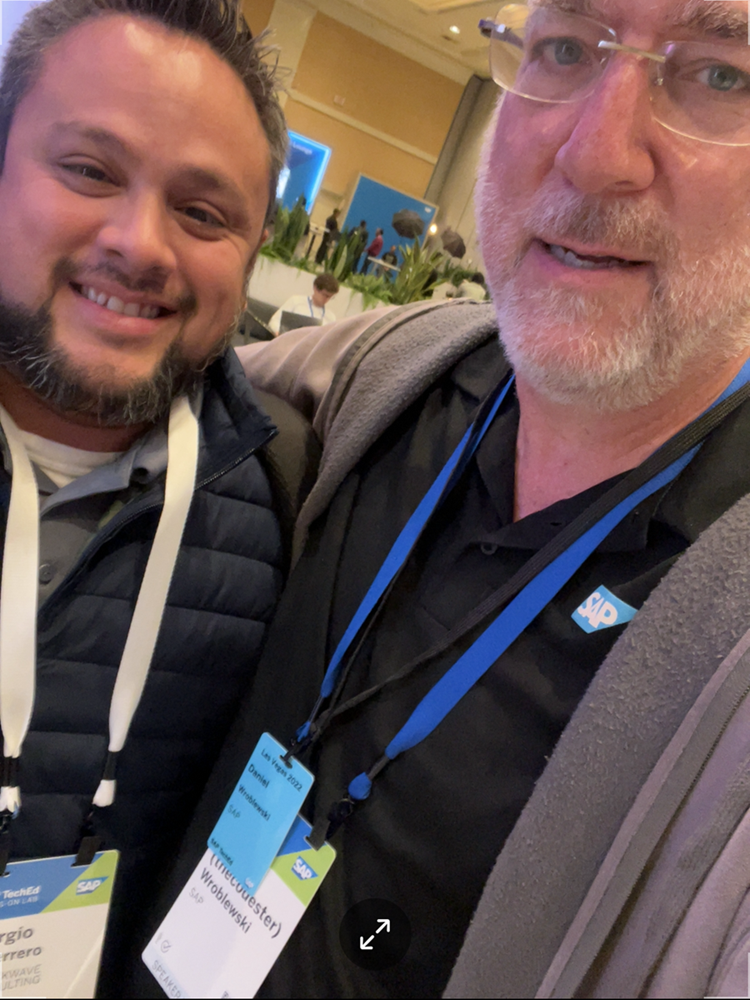 great explanation of several topics in this blog. The SAP Community is a place where I have learned so much more besides technology, I have enjoyed reading this blog and also learned what that the slide from before the demo meant in Hebrew. Daniel, thank you for sharing

Did you know Miroslav's original name was Mirosław Marian Klose?

He was born in Opole in Poland, but moved with his parents to Germany when he was 9 yo. Before that they lived in France, because his father was a professional football player too playing first for Odra Opole and then for French club AJ Auxerre.

Yes, I saw that he was from Poland.

When I was in high school, Franz Beckenbauer was the manager of the New York Cosmos, and I thought he was just some American coach. But he was from Germany and had some long illustrious career in German soccer ("one of the greatest footballers in the history of the game"), and would go on as coach to reach the 1986 World Cup finals but lose to Diego Maradona and Argentina, the last time Argentina won the cup. 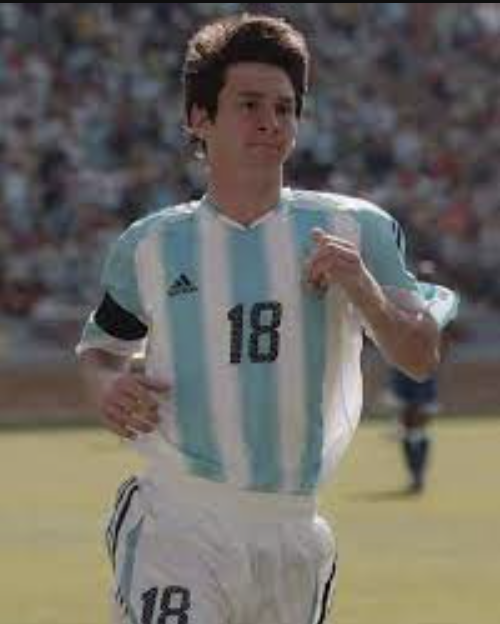