How to Create a Vue.Js App with VS Code and Deploy to Sap Netweaver BSP Stack

In this post I would like to show you how create a Vue.js app with VS Code and how to deploy it SAP Netweaver.

As you probably already know, you can do Fiori development with Visual Studio Code and you can easily deploy it to SAP. So instead of Web IDE you can use VS Code. Here is a blog post for VSCode Fiori development.

SAP lets you use any javascript framework for your developments. It suggests to use Fiori but you are definitely not limited to Fiori. And in this short post, I will show you how to create a Vue.js app and how to run it from SAP, as same as you would do with Fiori.

And I will create another blog post to show you, how you can create a rest web api with abap and consume it with vue app. So instead of oData and Fiori, you can use faster approach for creating backend services and Vue to create interface.

We need to install VSCode and NPM.

Open VS Code and open a terminal window and run

Open a terminal window again and go to your workspace folder to create the app and app folder with following command. And choose V3.

if you get following error -> File C:\Users\xxx\AppData\Roaming\npm\vue.ps1 cannot be loaded
because running scripts is disabled on this system. For more information, see

This time you should see new folder and files in your workspace. 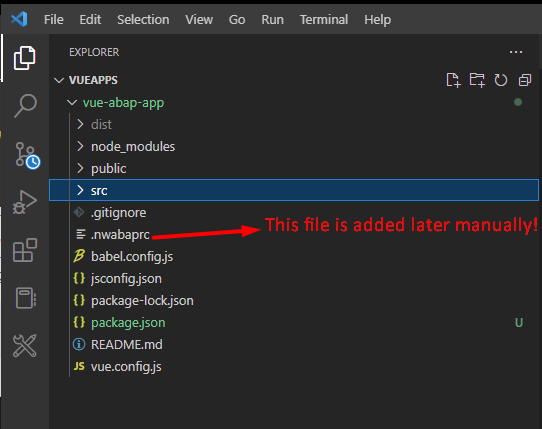 Now you can run Vue app. Go to vue-abap-app folder and run.

You can open a browser and enter following URLS to reach Vue app.

You should see screen below. 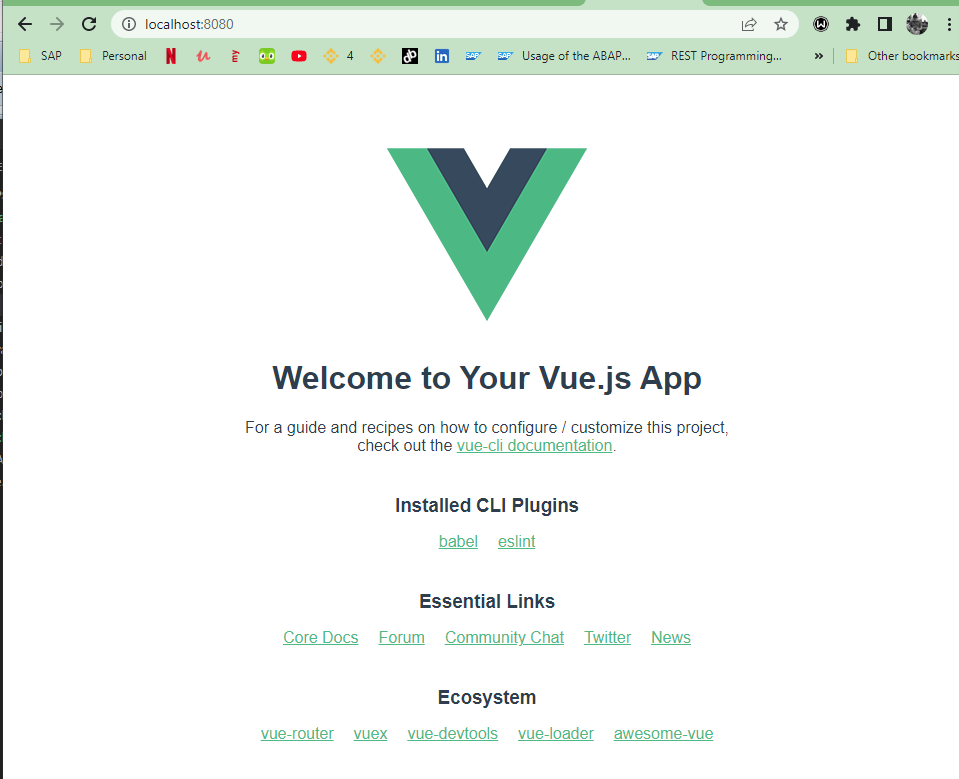 Our app is ready and running. To stop npm server go to vscode terminal and pres ctrl + c and yes ro stop server.

Now we need to install another tool, ui5uploader, to deploy any js app to SAP Netweaver.

go to root folder of your app and create a ‘.nwabaprc‘ file. 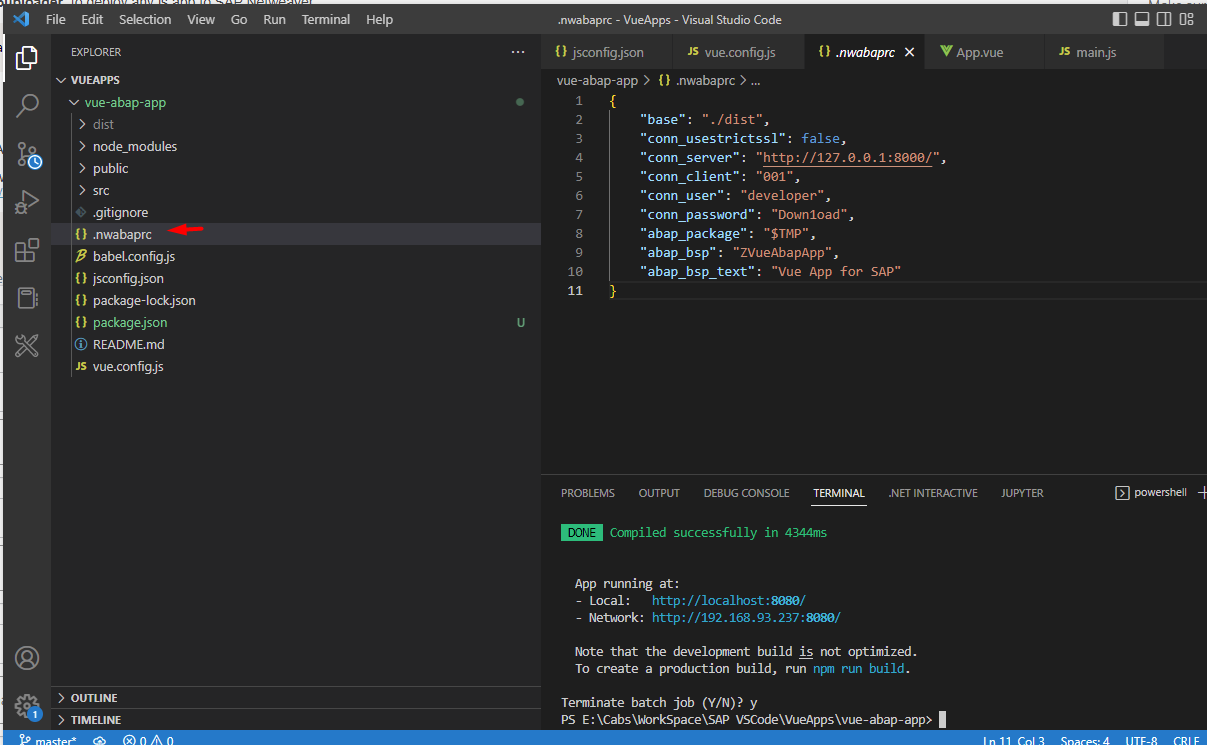 I will be publishing it to my SAP server which runs on Ubuntu virtualbox. That is developer edition. Here is a link with video tutorial if you want to install SAP at home 🙂

Note: that app name is determined in ‘.nwabaprc‘ file. If you change app name please change that part too.

Now time to build again and deploy to SAP.

And deploy to SAP

Now, we can see our app in BSPs on SAP. 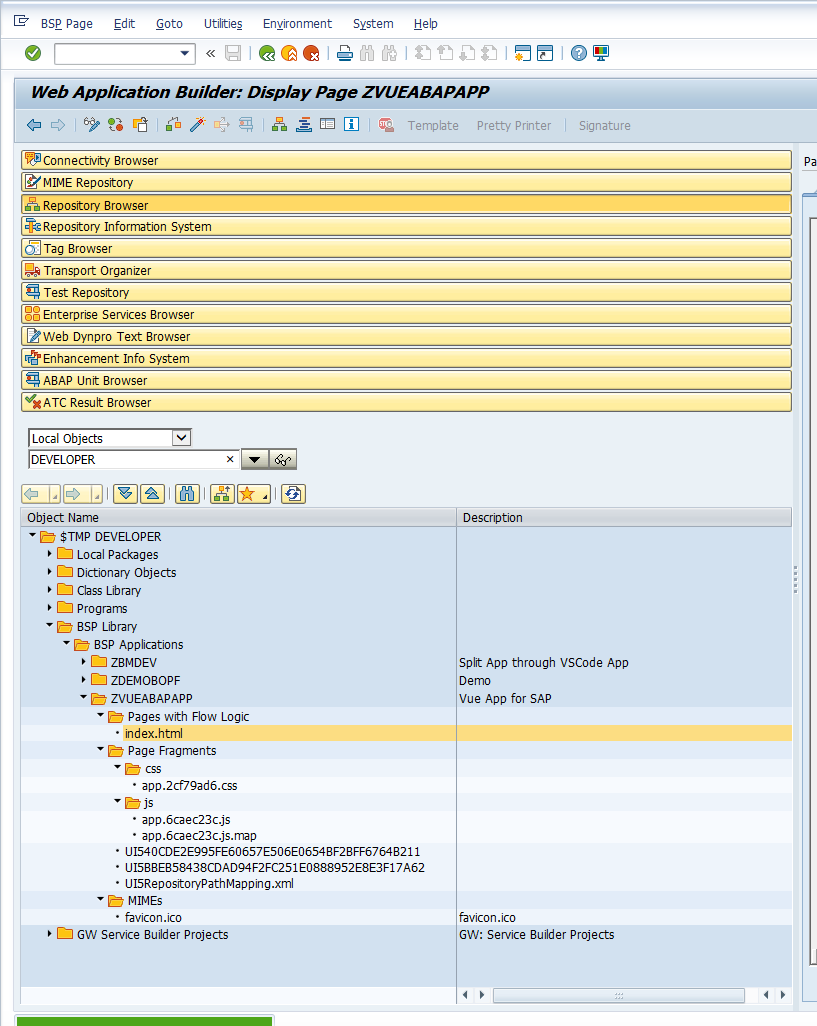 And also in SICF and test it from there. 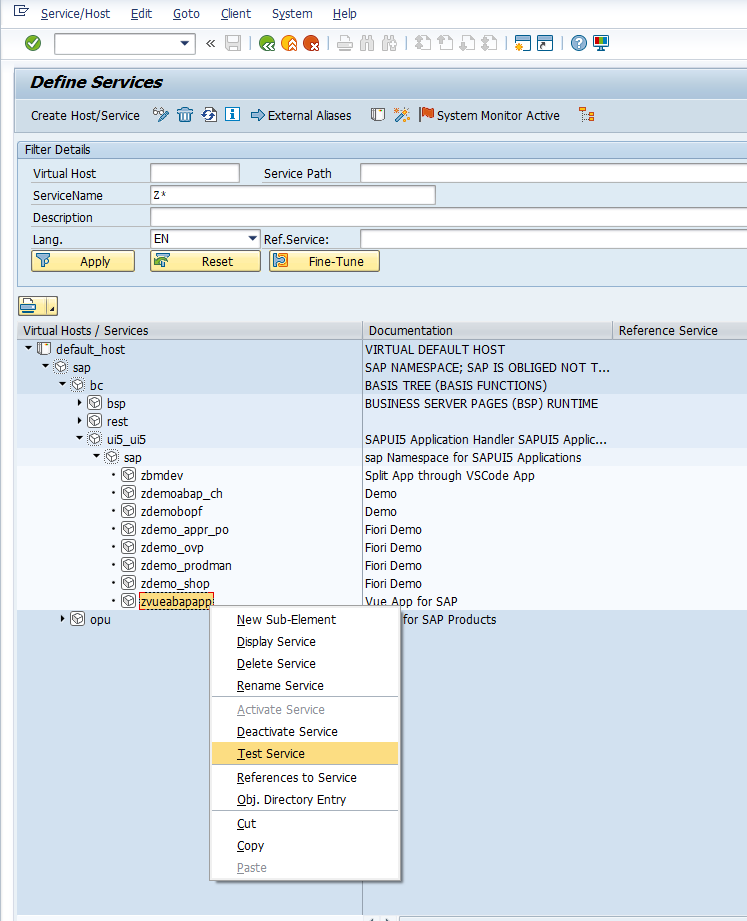 Browser will open and should like exactly same as as the page served from local server. 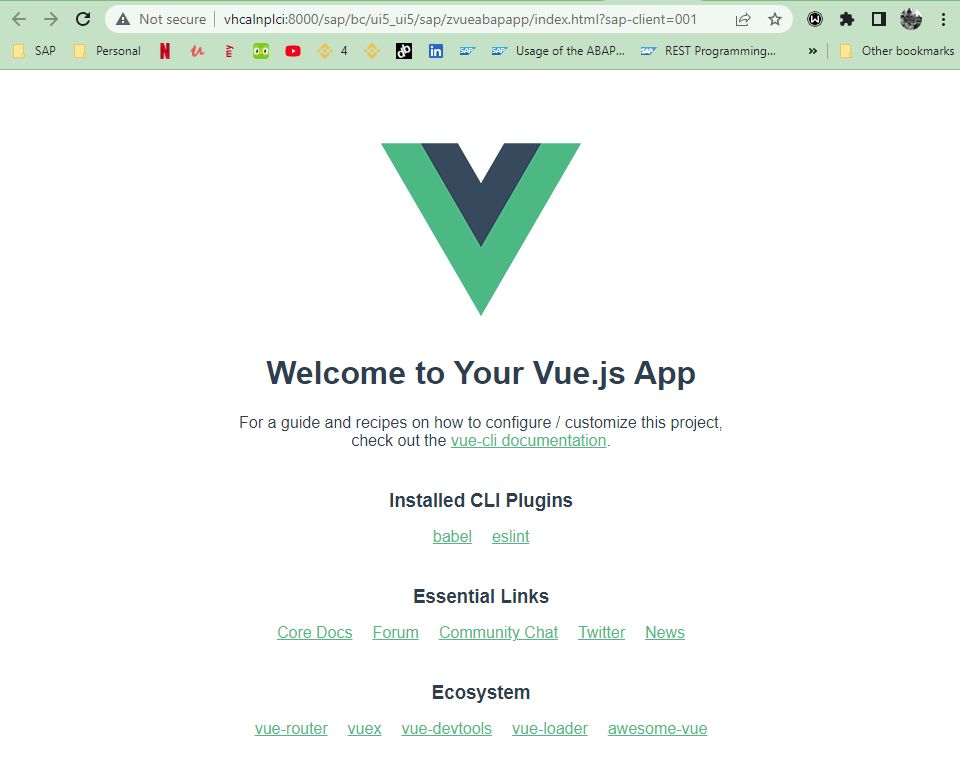 Very simply you can do Vue development and publish it to SAP Netweaver.

In next post, I will show how to create a rest api with abap and use it with vue. I personally don’t like oData. I think rest is much more practical and easier to develop and extend. Read my blog on MVC1 applied rest api.  And unfortunately same is true for Fiori. Vue is much more elegant and easier to understand and develop compare to Fiori. Therefore if I can choose one, I will choose Rest + Vue combination.

Hope that is helpful for you.

All Codes and related links.

Is there a specific reason to use vue-cli?

I just created a project with 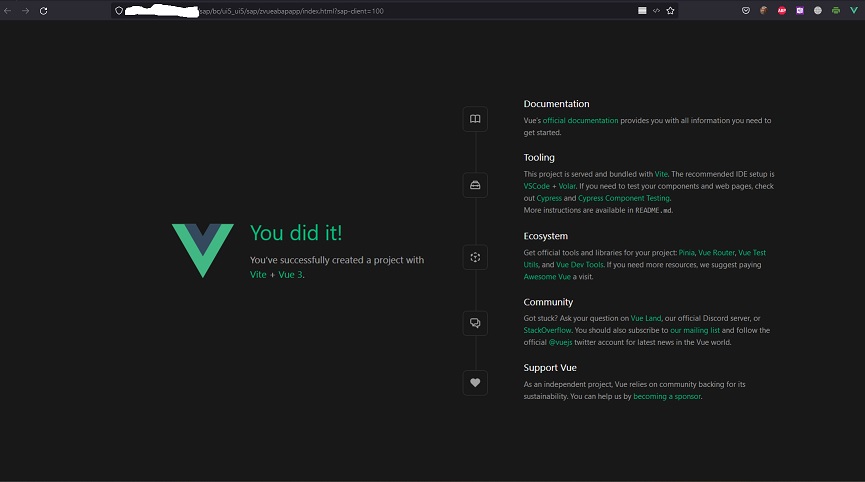 You are free to use any tool you want. SAP BSP is basically running on J2EE server. Therefore you can publish anything that you would publish on Tomcat server.