The world is changing at a frantic pace.

Technology is fueling the fast change which requires people to learn new skillsets.

There’s always something to learn. Whether for a hobby, starting a new career, or advancing as a seasoned professional. It is important acquire fresh knowledge, skills, and experiences.

For Alisdair Templeton, SAP Mentor, SAP PRESS author, skateboarding and hockey enthusiast, and Senior SAP Fiori UX Designer/Developer with Nutrien Ag Solutions, he takes the appreciation for lifelong learning to a new level. Making the work-life balance a priority, especially given the virtual and hybrid work environments, is a great way to step away from the computer and have some fun!

It was enjoyable to catchup with Alisdair from his home office in Melbourne, Victoria, Australia.

Stacey Fish (SF): From your time at the University of Tasmania studying computer systems to today, what triggered your interest to zero in on User Experience (UX) with your many other areas of expertise? How did these experiences help lead you to your current role as a Senior SAP Fiori UX Designer/Developer with Nutrien Ag Solutions, one of Australia’s leading agribusiness, and other large scale development initiatives? 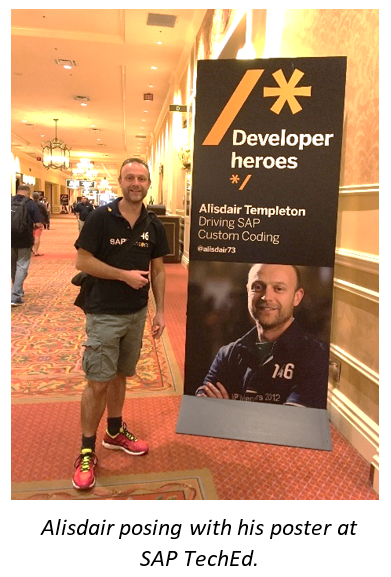 Alisdair Templeton (AT): Coming out of the University of Tasmania with an Engineering Degree, I thought my career was in manufacturing and automation – so UX was not really front of mind. But like most people, things are never quite as you expect, and I landed in consulting early in my career and learnt to program – not in SAP languages (e.g., SAP ABAP) – though SAP was starting to be discussed as the place to be – remembering that this was the late 1990’s.

Initially most development was backend, but eventually I started delivering the frontend’s too, and by the time I’d been through developing user interfaces in SAPGUI, SAP Business Server Page (BSP) and both flavors of Web Dynpro, the importance of good UX became clearer. Concepts such as Patterns and Floorplans started to appear in the UI frameworks and these ideas allowed developers such as myself to see how simplicity and consistency can really improve usability.

At the same time, the way we write software began to change. Developers started spending time with users and suddenly it became obvious, that the way we think the software we build and how it will be used is never that way it is actually used when it’s released into the wild.

So, for me the catalyst for what I do today is really a mixture of the technical capability and design guidelines for the framework being used, as well as the desire to make sure that what is built is fit for purpose. It is critical to know the importance of end user’s feedback.

SF: You enjoy participating in a variety of hobbies outside of work including skateboarding, skiing, hiking, and as a “wannabe” hockey player. How do these activities help you with the work-life balance? Do you find equal time for all of them these days or tend to spend more time on one or two of them?

AT: I’ve always loved team sports and so hockey is the one that I probably spend the most time doing; it’s also a great way to take out the day’s frustrations!!

I skateboarded as a kid and so when my daughter decided it was something she wanted to try I joined in. She’s not so keen now, but I got the bug again. What I really like about skateboarding now is how easy it is to learn tricks from the internet. Before you used to destroy VHS tapes by continually pausing and rewinding or trying to understand a sequences of still images in a magazine. Now you can just Google a how-to. I also think being a bit older helps. The fact that I am able to try a trick, and then adjust by thinking about what didn’t work is great. As a kid it was just lots of trying and frustration.

Activities outside of work are more important now than ever – since Covid, most of us have worked from home – and a lot still do. Without things like hockey to get me outside, the risk is that I’d sit in front of the computer for far too long.

SF: How did you become an SAP Mentor? How do you engage with Community members and SAP in this role? 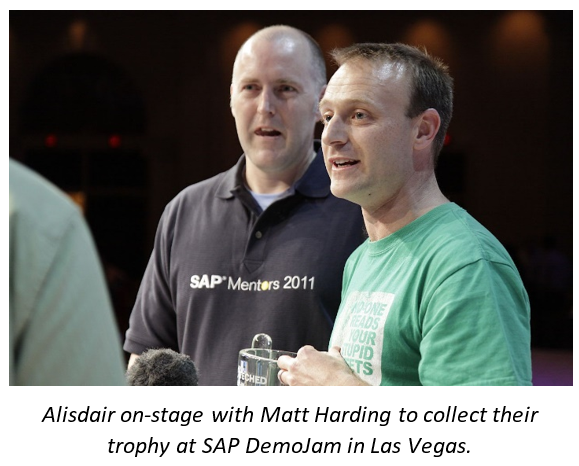 AT: In my case it was being in the right place at the right time. In the 6-12 months before I was nominated I had started engaging more frequently with the SAP Community and had presented at a couple of conference locally and at SAP TechEd. I found that I really enjoyed presenting, and that it was a really interesting time with SAP, who had just starting to release SAP Gateway and SAPUI5.

The technology was moving fast. I was lucky enough to win DemoJam with my good friend Matt Harding, who was an SAP Mentor at that time. I got to know the Mentor group and was lucky enough to have Matt and Matthias Steiner (who taught me everything I know about the Cloud and who is the hardest working presenter I have ever met) nominate me, and the rest they say is history.

SF: In your experience as a solution architect, what are some ways to accelerate current and emerging business and IT application environments using a “pace-layering” methodology to support change and innovation?

AT: This is a really important concept when building systems. The idea of innovation and moving fast often clashes with the governance and release strategies put in to protect systems that a business relies on to operate. This is where pace-layering comes in, allowing different aspects of the system to change at different speeds.

When you start to think about how you might architect a system to facilitate pace-layering, it’s important to think of the layers as not just supporting technical innovation (such as new SAP ABAP features or SAPUI5 releases) but also from a business capability perspective.

In the SAP domain the SAP BTP is an obvious candidate to facilitate pace-layering.

But pace layering is not just to put a new frontend on an old system. A new SAP S/4HANA deployment may also want some protection from change once live. Using SAP BTP to provide a consolidated launchpad, a user may interact with applications surfaced from the SAP S/4HANA.

Finally, just using good abstractions in your code can facilitate pace-layering within an SAP system. For example, rather than calling an API or BAPI (Business Application Programming Interface) directly, add a facade or adapter to isolate and map between SAP semantics and business semantics. This layer will isolate your code from system changes and vice versa. Good abstractions will allow you to work faster and write better code.

SF: As an industry expert and co-author of the SAP PRESS book, “Managing Custom Code in SAP (SAP Essentials),” students and recent graduates are interested in career tips. What do you suggest to help them get ahead of market trends, and obtain the necessary skills to secure a high-quality UX or mobility job? 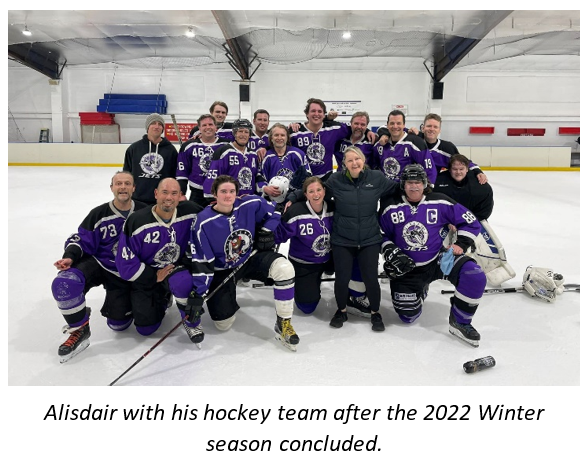 AT: Good question! I think what has helped me is to always be inquisitive – don’t be happy to settle with things just because that’s the ways it’s done now – always look for better ways to do things!

If you are learning a new skill – present or teach it to someone else. If you can explain something then you know you are starting to understand it. Look outside your domain – both technically and functionally.

Although you may work with SAP (or want to work with SAP), look at other development communities for emerging trends. Learn different languages and paradigms and understand when to apply them.

And don’t forget what’s been done already – “prior art” – learn from what has come before. It is unlikely that your solution has not been done before (at least in part), so find out what has been achieved and then make it better!

Also, there are many great resources that you can follow meaning that new ideas and learning is literally pushed to you every day.

Finally, remember that compromise is an important tool and being pragmatic is part of the job.

BTW – If you are looking for a good read on UX, I recommend “The Inmates Are Running the Asylum” by Alan Cooper. Let me know if you check it out! 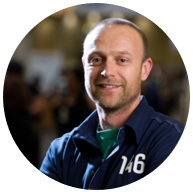