This blog aims to assist and complement the understanding of the Data Builder on a high level and is based on my personal learnings.

Data Builder has the following options to create and manage a:

A table is a set of related data that is organized by columns and rows. Its definition is based on the metadata of the table from a source system (e.g. SAP S/4HANA). Although it is uncommon, tables do not necessarily need to hold any data. Tables also occupy physical space on systems and exist in some database.

Contrastingly, views combine data from tables in a meaningful way and is virtualized. These views are formed as a result of a query on one or more tables. Views do not consume physical space on our system. However, they do require temporary computational space during the time it is used. They assist in combining and manipulating information from multiple tables. They also assist in maintaining data security by revealing just the necessary information from the table rather than exposing all of the table’s data.

In SAP Data Warehouse Cloud, views are created via a graphical interface or SQL. A Graphical View is the view which is created using the graphical interface whereas a SQL View is the view which is created using SQL script. These views allow for joins, filtering conditions, hiding columns, adding calculated columns and other operations on the data stored in the table. This ability in creating views proves advantageous in extracting data from databases and only exposing necessary data for consumption by various personas while still maintaining security. This is also one of the many reasons why SAP Data Warehouse Cloud can be a powerful option for ‘Data Federation’ scenarios. 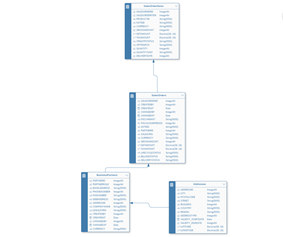 Figure 3: Example of an Entity-Relationship Model

The necessity of ER models lies in a common scenario where multiple tables are involved and the relationships between these entities are much more complex. It would be difficult and too complex to associate all the entities via a linear Graphical View. ER models solve these complex scenarios by associating the entities in a similar fashion to a database model.

When one of the tables whose association was defined in an ER model is dragged and dropped, the SAP Data Warehouse Cloud user can easily call upon its associated entities through the + icon and perform the join. This makes the process of constructing a view significantly easier when numerous tables are involved.

Data flows move and transform data from one or more tables to a target table and is key to performing extract, transfer, load (ETL) operations. In most cases, significant amounts of data are required to be consolidated from multiple source systems and transformed to a specific format in its own separate table. Data flows are a good option for this process as it extracts the data from the source systems, transforms it to the specified format and loads it into a new separate table. This resulting output of the ETL process is termed as ‘data persistence’ whereas views, in contrast, is termed as ‘data virtualization’.

Data flows also assist in partitioning large, required transformations that would exceed the computational capacity into smaller tasks which can be achieved through multiple independent data flows.

As discussed above, views exist as a result of queries on tables. By default, they are not ‘persisted’ as when creating a new table.

To provide an analogy for better understanding, views are like seeing the table through glasses. These glasses contain lens which are analogous to queries applied to data. Hence, we see the resulted queried data through the lens of the glasses.

As an example, we construct a view to find data which is a cat (based on the filter query) from a table containing many animals. This occurs through wearing and seeing through the lens of the glasses.

However, leveraging data flows, we also write the data to a target table rather than running a simple query. Continuing with the analogy, it is similar to viewing through the glasses and drawing a table of the data we see, which contains only cats, next to the table of many animals.

The writing of data into a new separate target table or ‘persistency’ is a key differentiator between views and data flows.

Please don’t hesitate to comment any thoughts you may have on the topics discussed or general feedback on the blog. I look forward to engaging with you over SAP Data Warehouse Cloud!