Both take advantage of new functionality in both products, especially the ability to define API triggers and the use of destinations inside SAP Build Apps to make REST calls (and not just OData calls).

Now I just want to make a small addition to the blogs, to show how you can call other SAP Build Process Automation APIs to find out the status of your process instance.

First, you have to remember that each time you trigger a process, you are creating a new process instance. And you can track that instance via additional SAP Build Process Automation APIs.

When you trigger a process,, the API returns a bunch of metadata, including the ID of the process (screenshot from Archana’s blog). 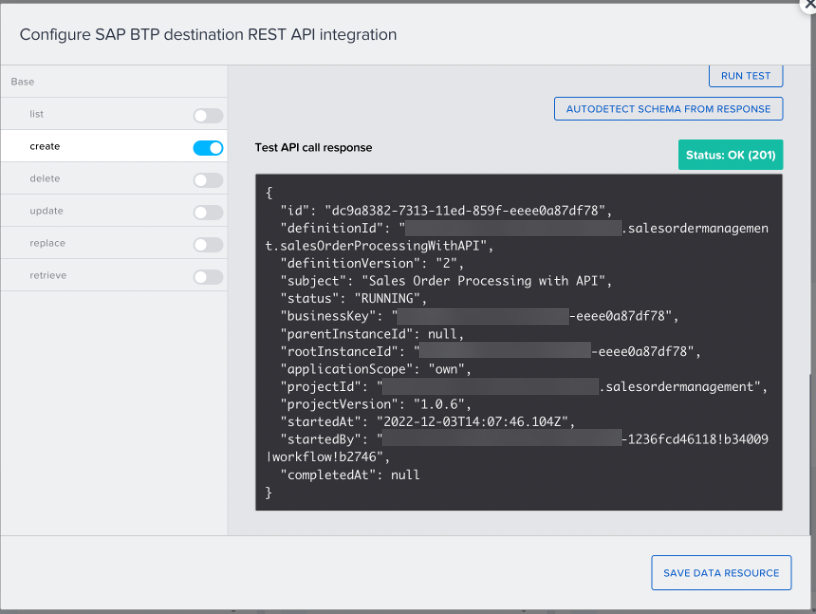 Above is what is returned when you successfully trigger a workflow. Most important is the id parameter, which you need in subsequent calls.

When I triggered a workflow, I saved this idin a variable, so I could use later. The schema for triggering the API is made up of request parameters, and there is no place to define the response schema as far as I know. You probably could just add the response schema to the request schema, but this seemed messy to me. 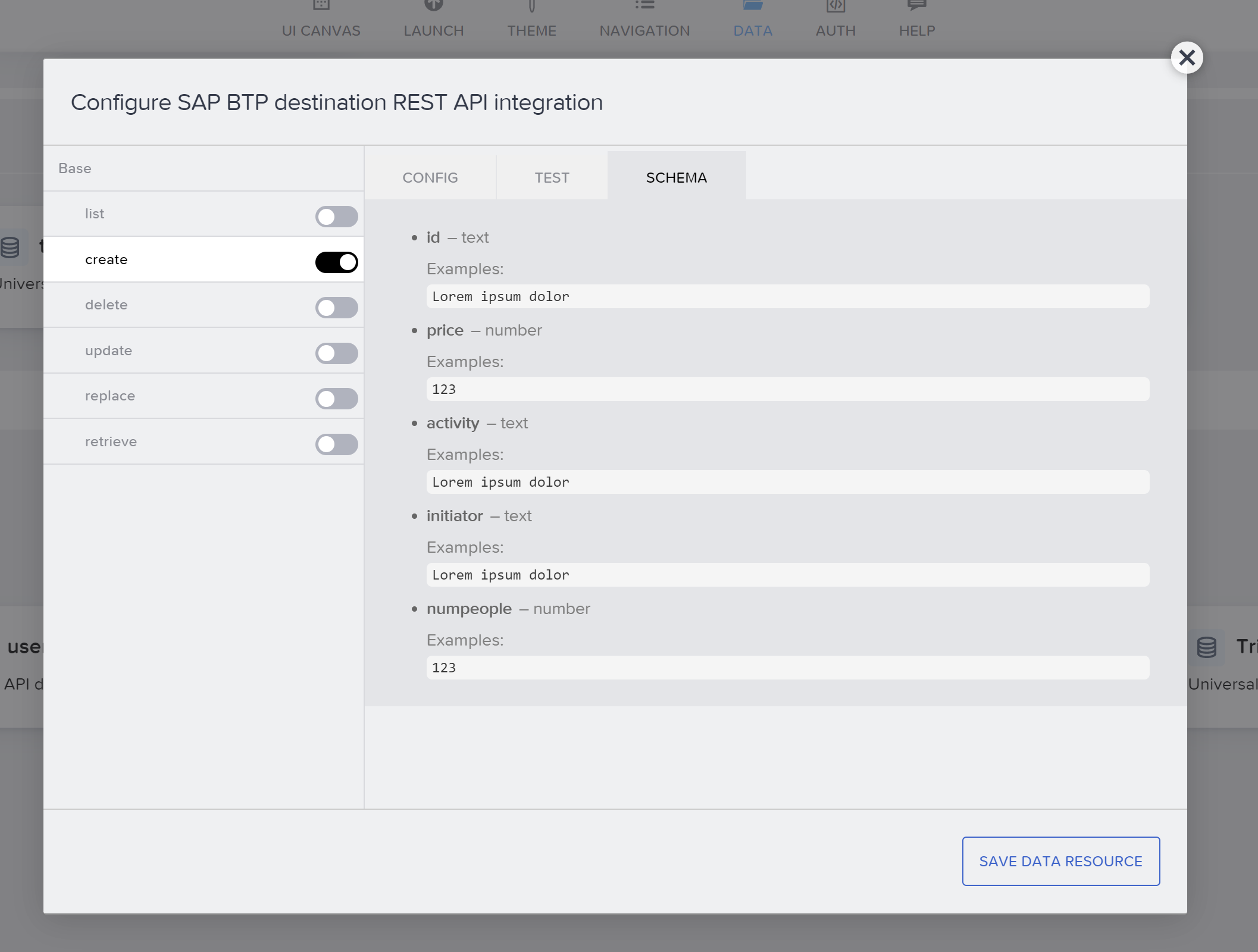 Instead, I just used formulas to access the response data.

Getting Info About Your Process Instances

So now I set up the API call.

I created a new BTP REST data resource, using the same destination as the one for triggering workflows (my destination had a path of /workflow/rest/v1/workflow-instances). The base URL contained just a parameter for the process instance id, which I called spainputid. 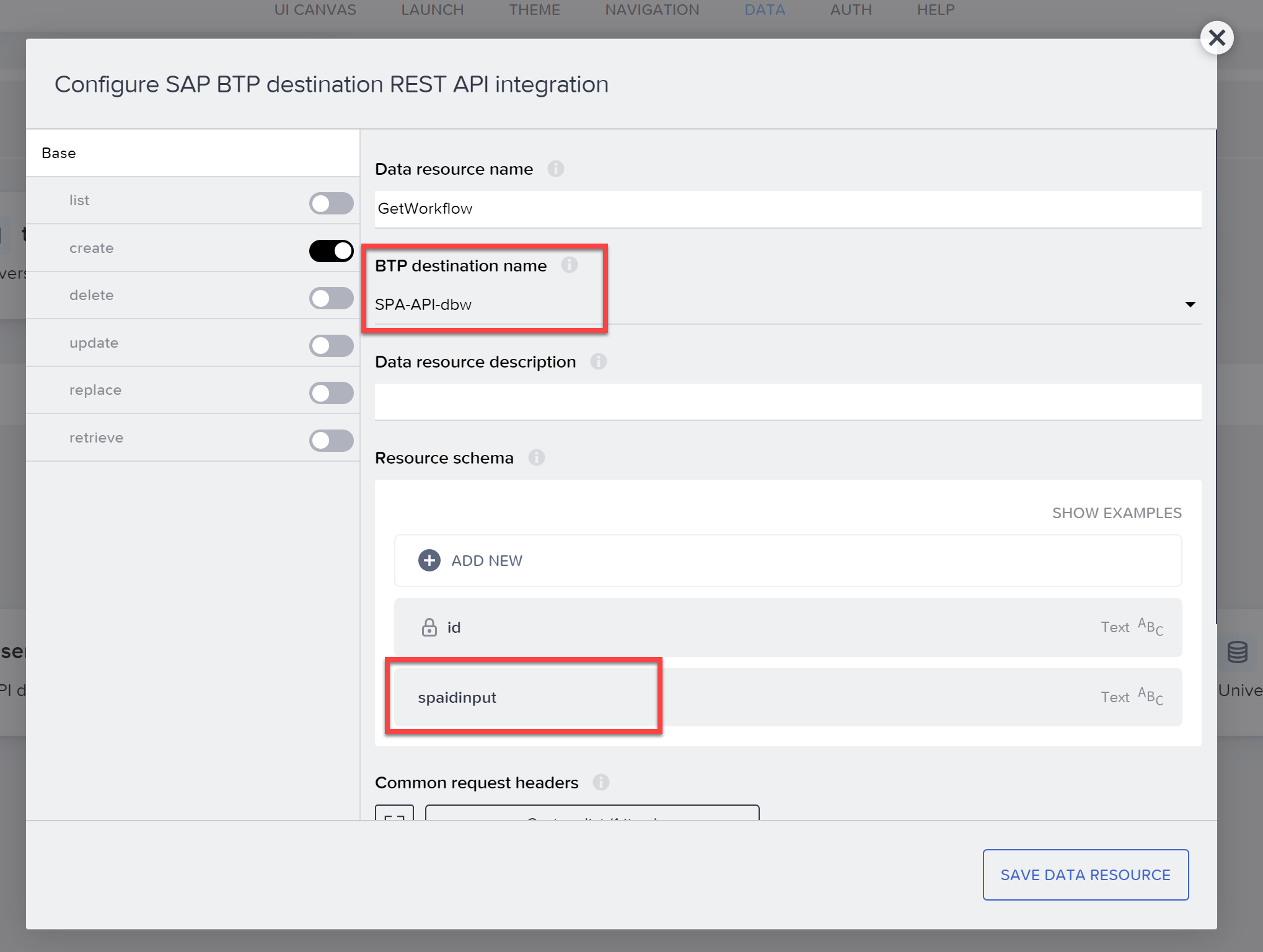 And the create action used the following formula for the path, since I wanted to get the execution log, the same execution log you can see in the Monitoring tab within SAP Process Automation: 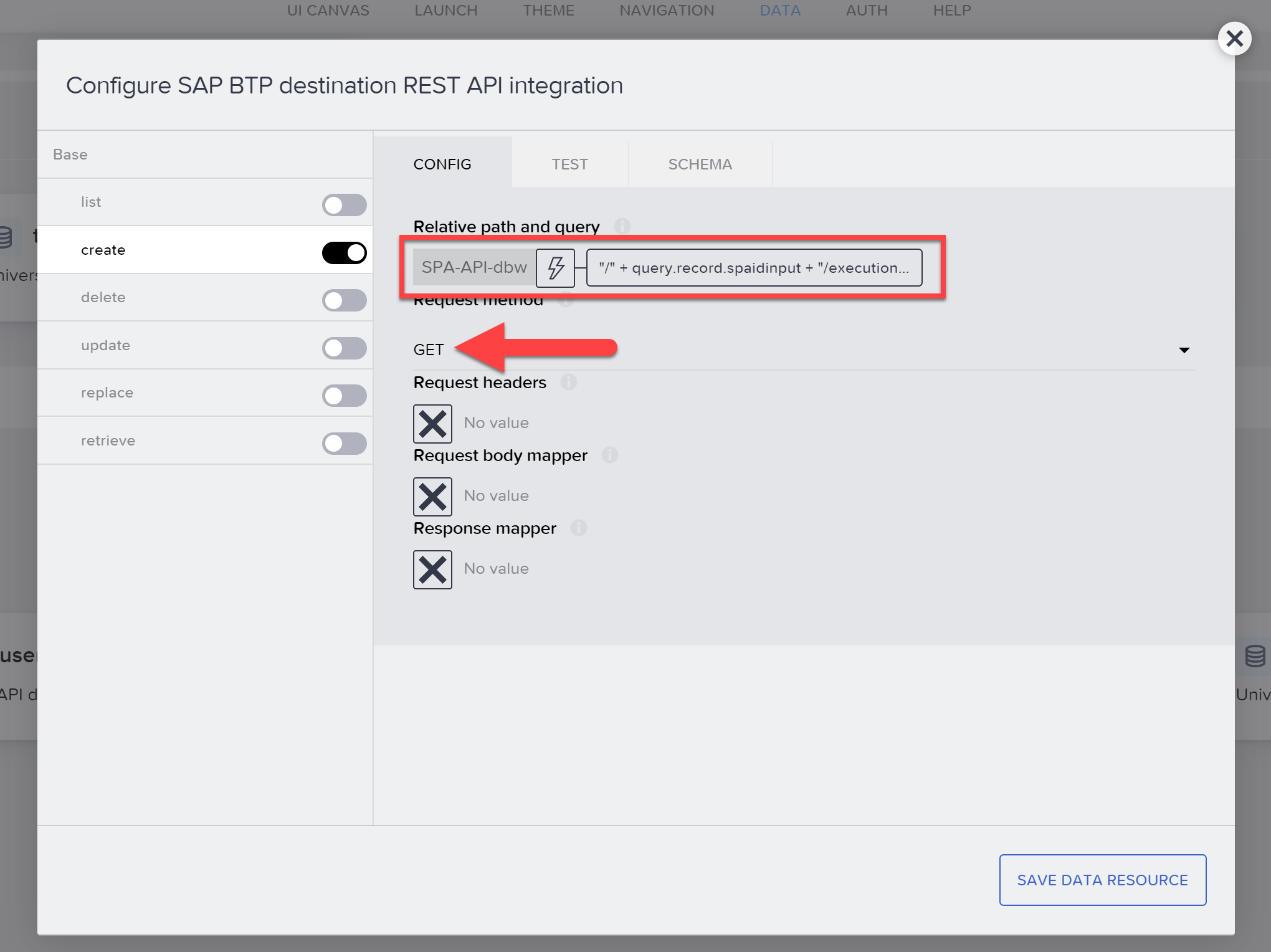 So now to get the information, all I have to do is execute a Create record flow function against this data resource, and supply the id in my parameter.

The response includes all the steps that were executed, partially like this:

I put the response in a page variable (simply defined as a list of objects), and then I used a formula to see if the Approved Mail step had been executed.

You can view what other SAP Build Process Automation APIs you can call in the SAP API Business Business Hub, for example to get the context. The link takes you directly to the automation section of the documentation.

Pretty cool, I think. Let me know if you have any questions.

See all my blogs and connect with me on Twitter / LinkedIn