Hello everyone. In this blog post, I am going to explain about a new feature in the recorder – Auto capturing of screens.

The minimum version of SPA Components required to use this feature

Here are the steps to auto capture of a screen while recording:

Create a new task automation project in Cloud Studio. Once the project is created, a new tab will be opened. 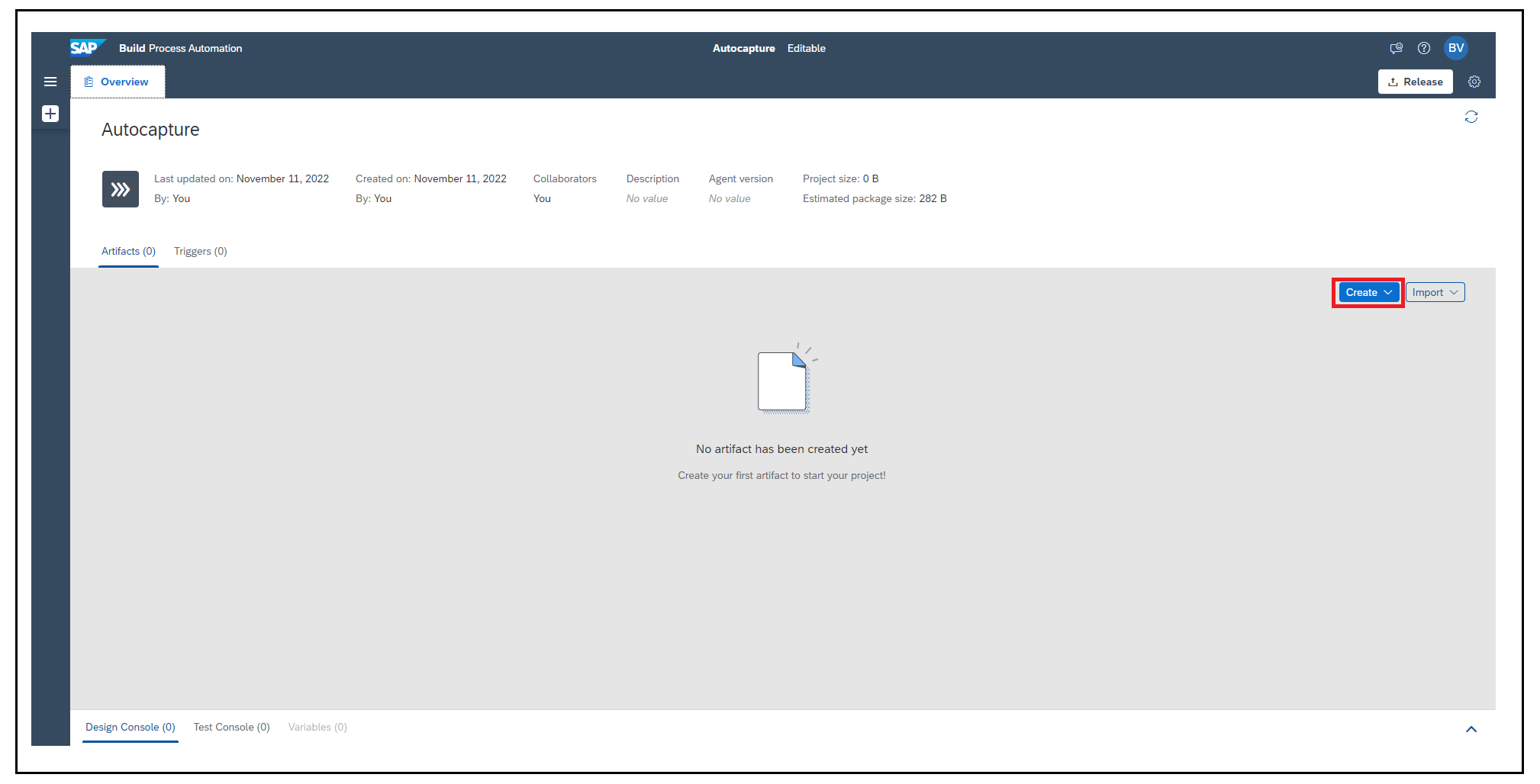 Click on Create to start with a new Application. All the applications running in our system will be listed down. 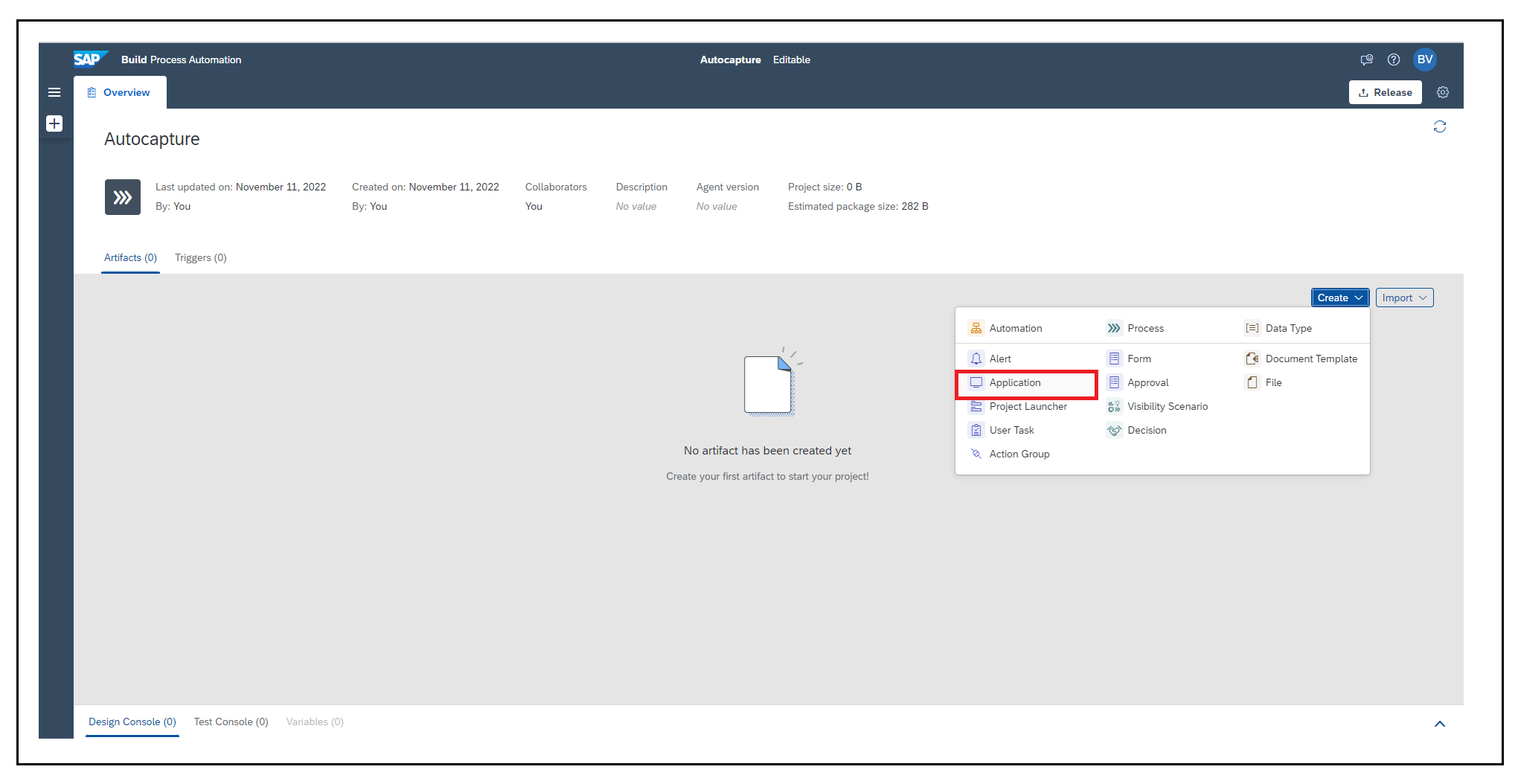 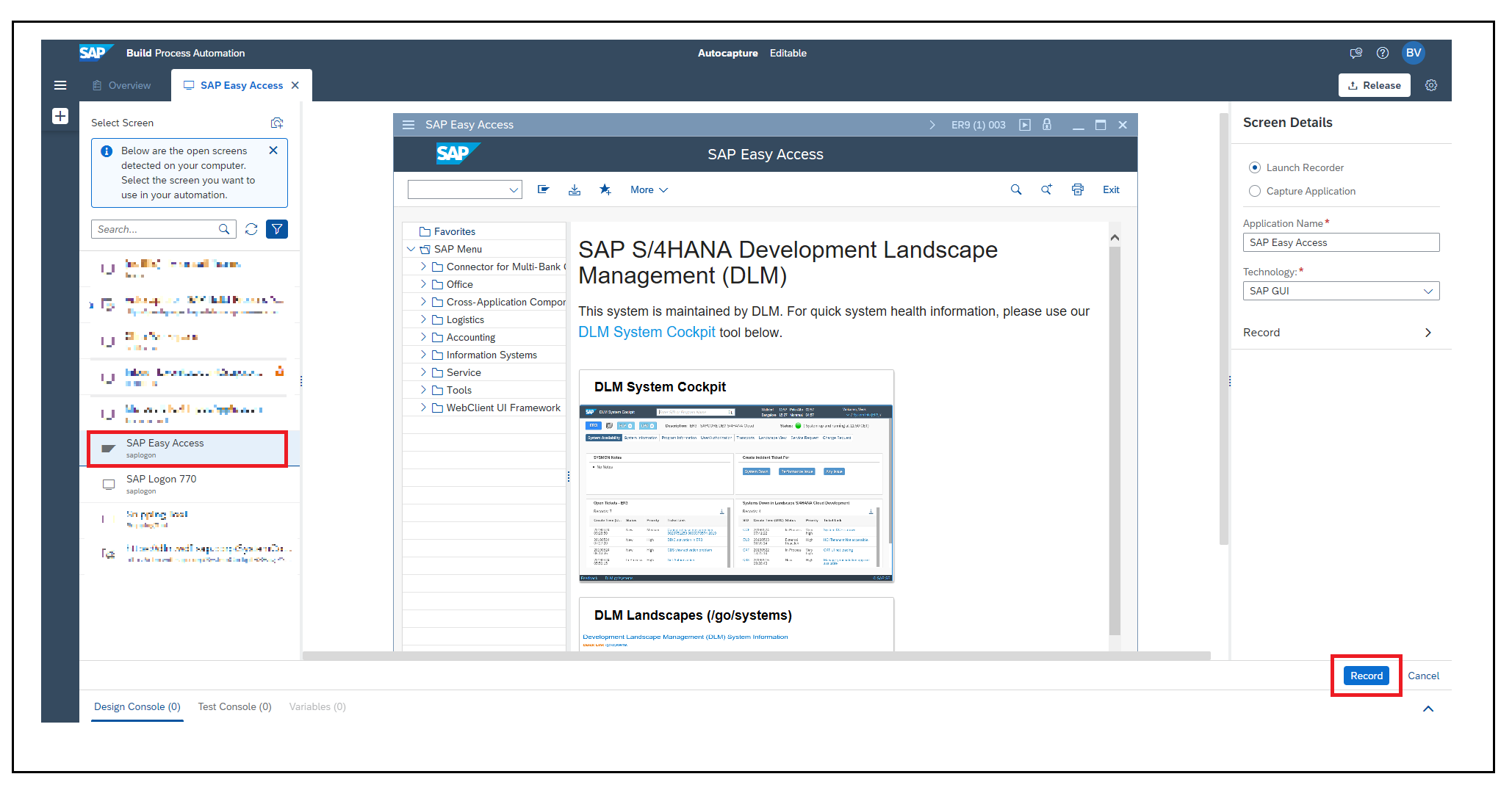 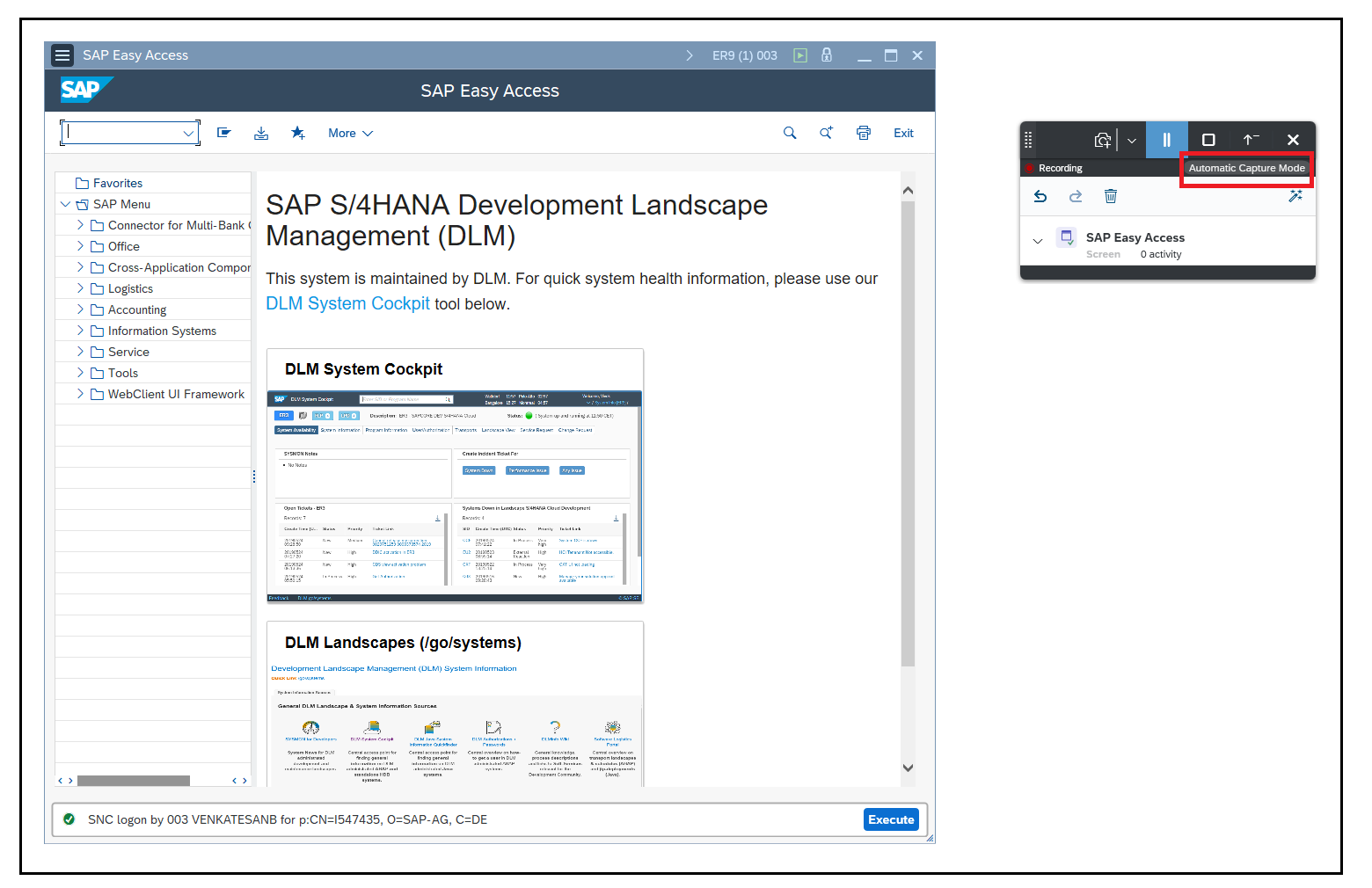 Now I will provide a transaction code “xd01” in the SAP Easy Page which will take me to the new screen. Once a new screen appears, the recorder detects the screen change and initiates the screen capture immediately. 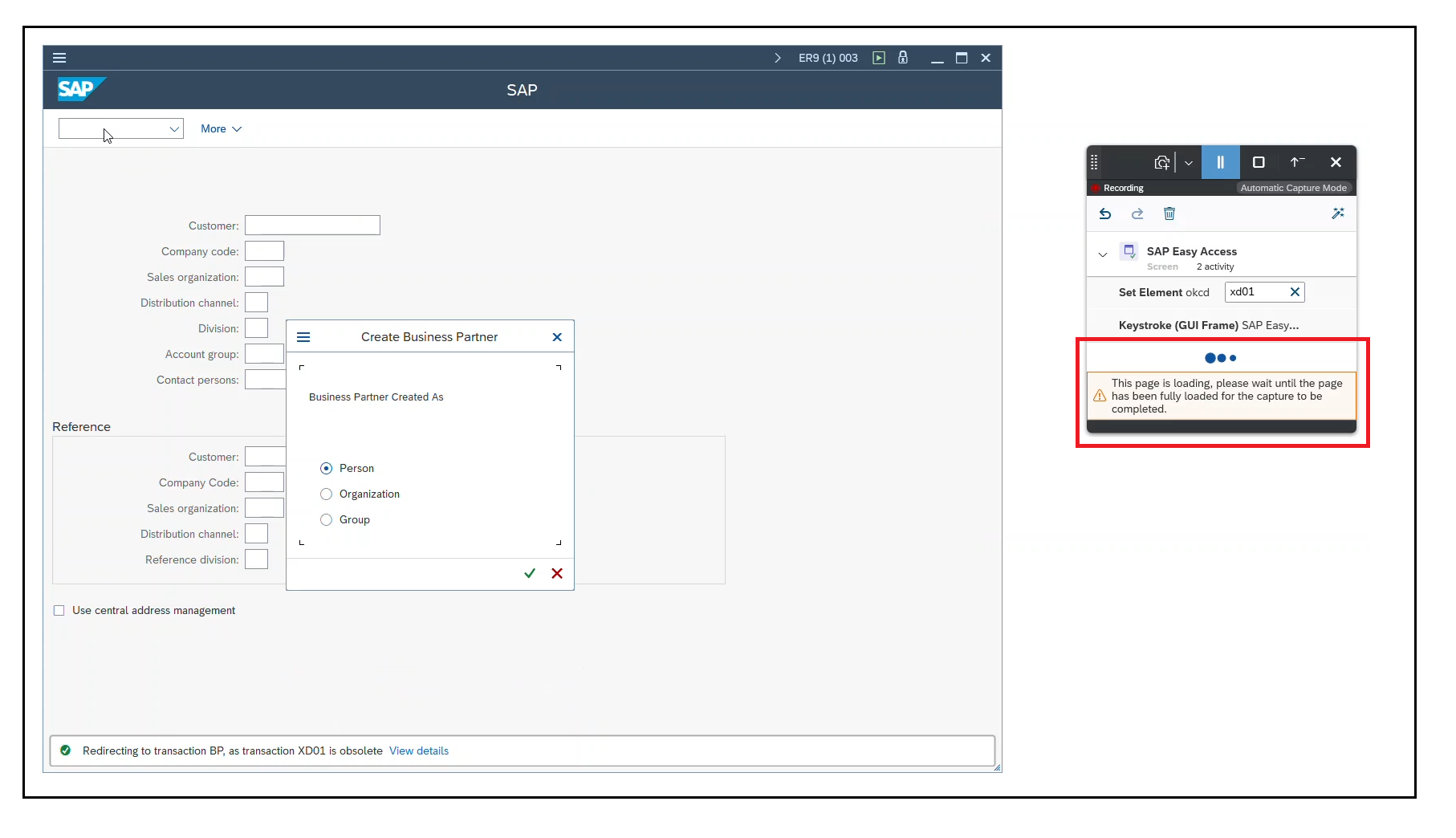 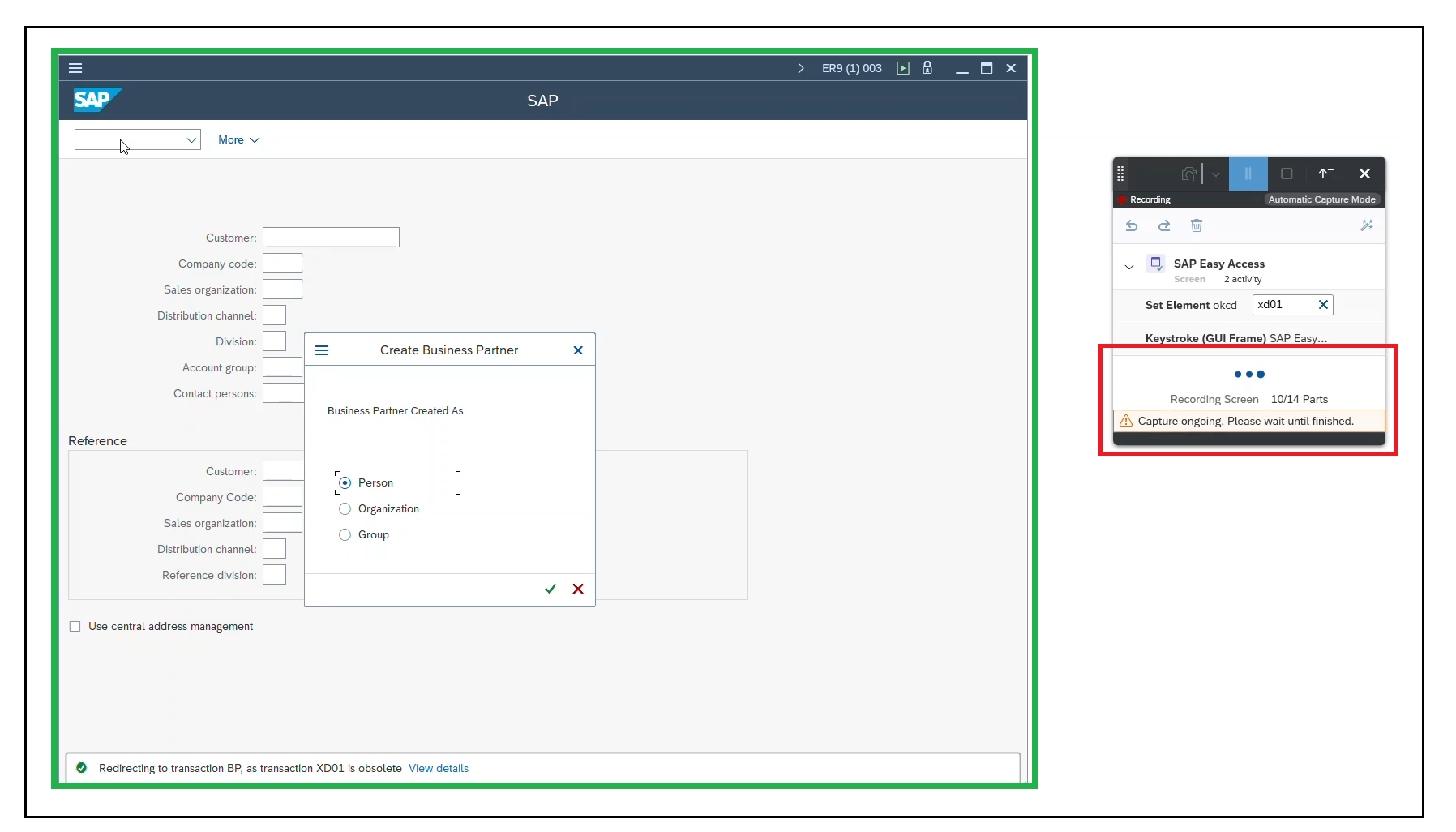 User can change the capture mode at any point of time in the recorder which is present under the dropdown of the Capture button. 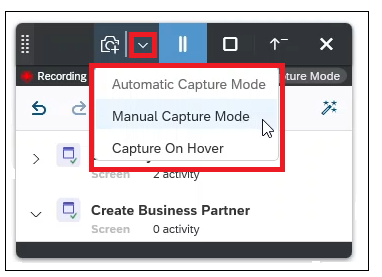 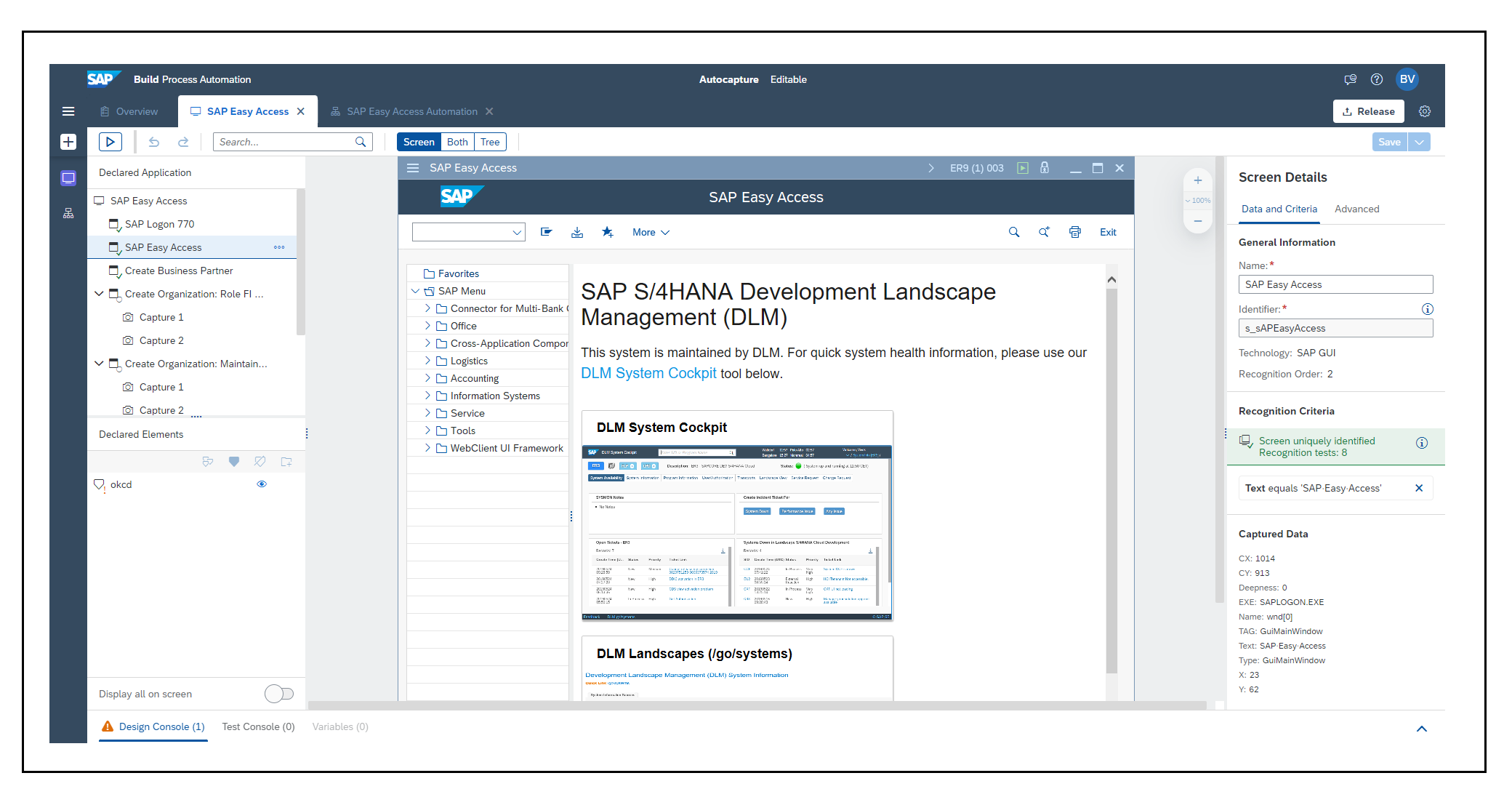 We have seen how auto capture can be used to capture screens automatically while recording the applications. Please refer below resources for more information on screen auto capturing capability.

For more information on SAP Process Automation, please refer to the following sources: