This blog is Vol.3 of the “Low-Code No-Code Hackathon” interview. The “Low-code No-code Hackathon for SAP Japan Partners” is a hackathon event for SAP partners (teams or individuals) to compete in the ability to solve problems and drive innovation by leveraging the features of SAP AppGyver (hereafter AppGyver) and SAP Business Technology Platform (hereafter BTP), which is an essential and hot technology area that will drive business innovation in companies in the future. Between June 13 and June 17, 2022, nearly 200 people participated in either the ‘SAP Solution Extension Division’ or the ‘Freestyle Division’ of the hackathon. Six finalists were selected to advance from among the 67 teams fielded by 40 companies.

In this interview we spoke with Fujitsu Limited, which created a management system to eliminate food loss and won the SAP Solution Extension division of the hackathon

(From right to left)

How did you feel about winning the competition and what was the reaction of the people around you afterwards?

Mr. Yoshida: It was a great experience for me to win an external event award so soon after joining Fujitsu. Since I had no experience in business scenarios or SAP, I was supported by many people in the company.

Mr. Ariyama: Immediately after the winner was announced, we were all hugging each other so much that we couldn’t even respond to the call from the emcee.

What were the key points that led you to the championship?

Mr. Ariyama: There are two things. The first is that we received advice from a senior colleague with prior hackathon experience. He explained we could not win unless we were fully aware of the evaluation criteria, so I always kept the evaluation criteria in mind from the preparation stage. We also involved various people, including senior colleagues and people who knew nothing about BTP, and received advice on SAP S/4HANA business knowledge and workflow.

Second, we chose a clear theme, the SDGs. We had created several scenarios for practice and discussion in advance, and had received a lot of advice from the people around us, which I think we were able to make the most of.

What were some of the difficulties in making it?

Mr. Ozasa: On the front-end side, we had a hard time integrating with the BTP service. Since it was not possible to integrate AppGyver with the BTP Destination service at the time of the hackathon, we implemented it in low-code. The UI side was developed and tested repeatedly to make it more user-friendly.

Mr. Uetsugu: On the back-end side, we had a hard time integrating with the core system. We implemented it without any experience or knowledge, and although we were able to actually link them, it was difficult figuring out how to implement the BTP linkage without modifying the core system in particular. In the end, we were able to link the two systems.

Mr. Ariyama: It was also difficult to determine the logic to reflect the business scenario in the back end. 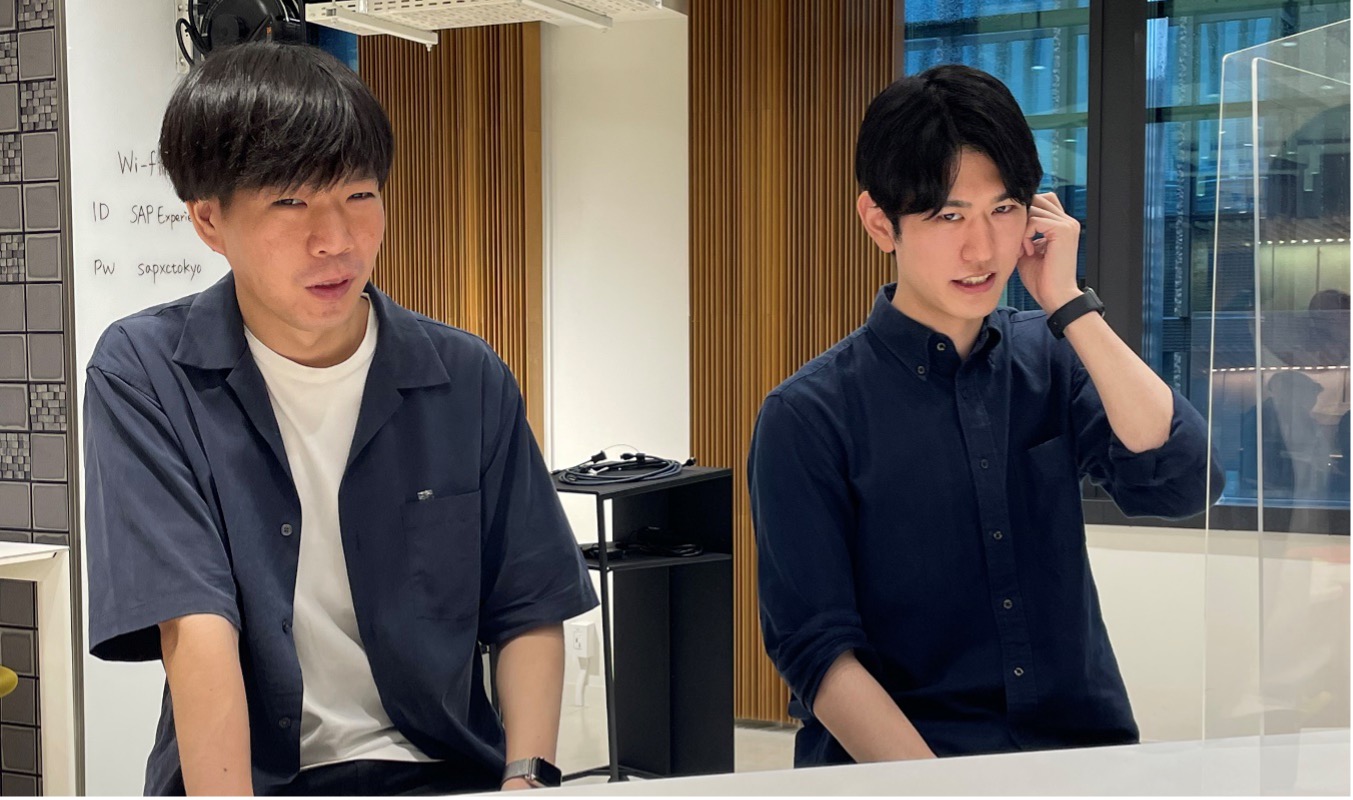 What are your plans for future of the application?

Please tell us about the process of creating the work, the division of roles, and the sense of schedule.

Mr. Yoshida: In terms of how the roles were divided, we assigned each technology according to the hackathon’s evaluation perspective. As for the schedule, we thought about business scenarios on the first day, developed them over three days, and created demos and slides on the last day.

What are your thoughts on using AppGyver in terms of productivity?

Mr. Yoshida: I felt that AppGyver is superior to coding in terms of use by people onsite; there is almost no design period and screens can be created freely, so professional developers, the business department, and designers can all work together from the beginning. Compared to the traditional method of having the designer design the development screen at the end and re-develop it again, AppGyver would eliminate much rework.

Mr. Ariyama: Since there are many UI components required to ensure a certain level of quality, I think AppGyver will also reduce time spent on  pure programming. I think it will increase productivity since no coding is required and no skills are needed. 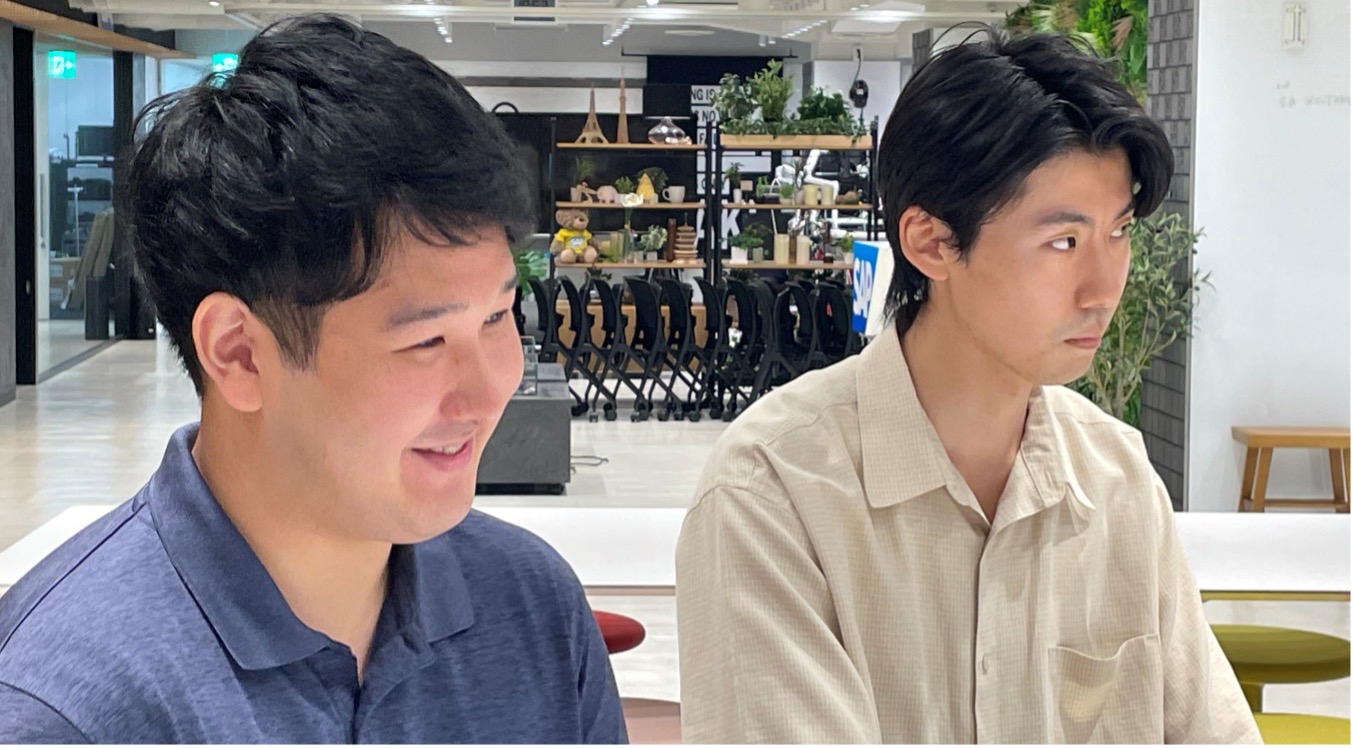 Mr. Ariyama: A positive point for us as a team was that we were able to gain skills and know-how related to AppGyver. Winning the competition also gave us great exposure outside the company, and the fact that we are challenging a new SAP technology and have the know-how will also benefit Fujitsu in the future. A positive point for me personally was that I was able to grow since there’s only young member in the team. At first, each of us did not know what to do, but by the day of the hackathon we all knew what to do and were able to move quickly. I am glad that we were able to experience how fun it is to give our all and get the people around us involved to achieve a good result together.

Mr. Uetsugu: I thought hackathons would be more difficult, but the low-code-no-code made it possible for this young group of members to take up the challenge. It was fun to discuss scenarios and issues.

Mr. Yoshida: I was able to learn what to expect when working in a team. I learned that even though there are fewer people than in a typical project and despite being close in age and organization, communication can still be difficult, and it is still a challenge to reconcile the differences in each other’s perspectives. 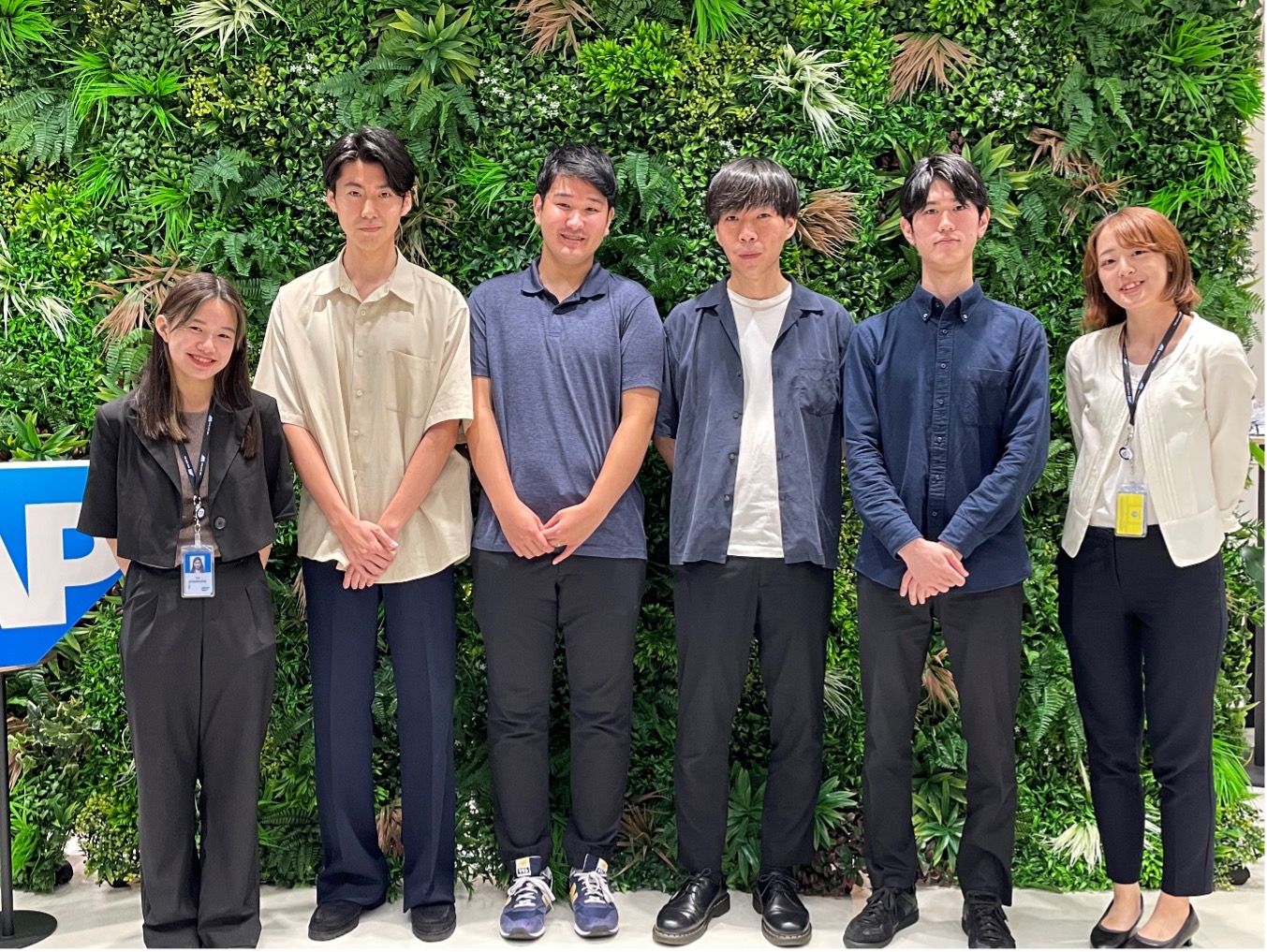 A no-code tool like AppGyver is expected to not only reduce pure man-hours, but also has the potential to implement a less stressful system for those in the field in the future, since there is virtually no design period and professional developers, business departments, and designers can work together from the beginning.

The Fujitsu YOUTH-25 team, which consisted of only members who had been with the company for less than three years, was able to beat out other veteran teams and win the competition because of their passion, making maximum use of in-house resources, not being afraid to ask for help from  a variety of people, and enthusiastically working with each other to the best of their abilities. Also, while everyone was nervous during the interview, they were able to smoothly divide the answers according to the questions asked, and we could sense their good teamwork. We felt that everyone from the youngest to the most experienced members of the team had much to learn from this team, not only in terms of technical skills, but also in their attitude and approach to the event.