This blog post is the entry point to a series of related blog posts highlighting the enhancements to address the handling of landed costs.

This solution is available with release 2211 of SAP Business ByDesign.

In this blog post, we give an overview of the landed cost solution with the business background and basic concepts behind it, as well as the links to more detailed blog posts. It starts by explaining why a landed costs solution is beneficial, followed by the main steps and how it is represented in financials.

Please also check out my video including an end-to-end system demo.

Introduction to the concept

What are landed costs?

With the globalization of economy, goods are often purchased in countries that can offer a low material price. However, this might incur additional costs (such as freight, customs, insurance etc.) invoiced on top for a delivery. These are typically invoiced by a different supplier or service provider. Furthermore, these additional costs increase the total purchase costs and could have an impact on the purchasing decision. It also could have an impact on the inventory valuation if the landed costs are to be capitalized. Landed costs could also be considered as expenses in financials – depending on the set of books. 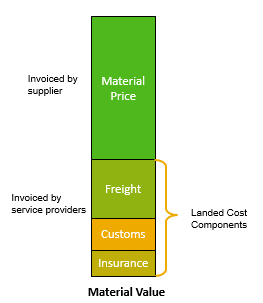 Before the introduction of the landed costs functionality, SAP Business ByDesign could address unplanned landed costs in the following way – which will also be supported in future.

Invoices which contain landed costs could be distributed to the posted material invoices. In this way, the landed costs are considered in inventory valuation with the next GR/IR run in case the product has material valuation moving average.

This procedure is described in detail in the Blog Unplanned landed costs in Business ByDesign | SAP Blogs: 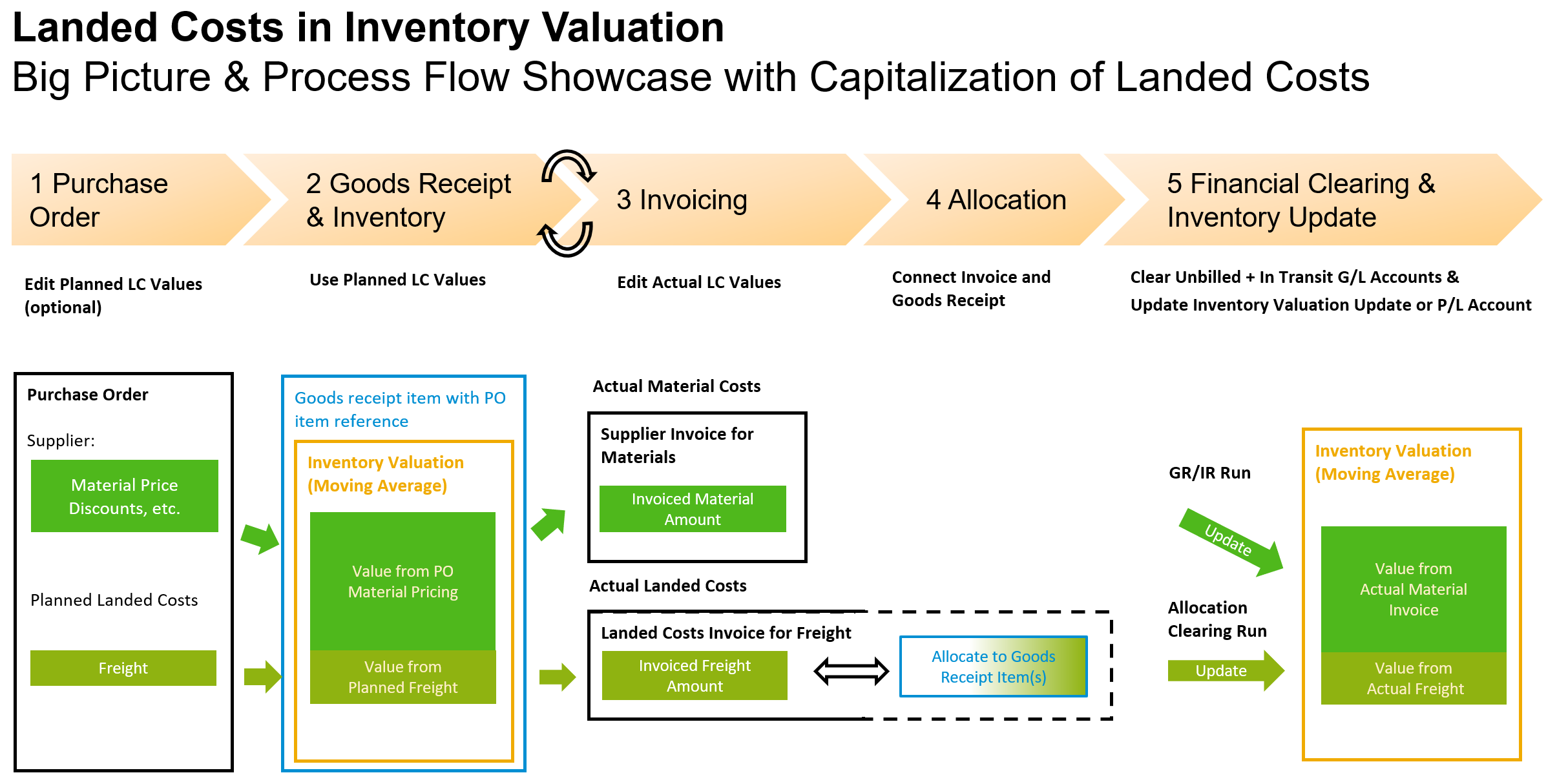 To start with, we assume the material perpetual cost method is moving average and the landed costs should be capitalized. The process consists of 5 main steps:

Besides the main process flow there are possible variations:

The following table gives an overview of all supported scenario variants and their impact to financial accounting:

Process sequence with the focus on financial accounting in a nutshell

(2) Goods receipt:
The goods receipt is handled the same way as any other goods receipt in the warehouse. The postings in financials automatically consider the planned landed costs and update the inventory valuation for materials valuated with a/the moving average. The posting of the Unbilled Payables will be split as follows:

Please note that landed cost allocations do not update the moving average price of the materials yet.

The enhancements made to the inbound process and in inventory valuation including landed costs are significant.

The sequence of goods receipts landed cost invoices and material invoices is now decoupled. This ensures for example:

Please also read the detailed blog posts and share your thoughts about this entire process enhancement in the procure to stock scenario.

Thank you for this interesting blog, But why it's not possible to have landed cost and actual costing in the same scope ?

generally, this should be possible. It is just that we have not enhanced actual costing yet with the new landed-cost specific postings, which could lead to inconsistencies. We plan to enhance this and hope that we can get rid of this restriction in one of the next hotfix collections.

we are also facing a scope question issue. we have raised the incident. The SAP team replied in dec'22 they are fixing the issue.

I have added a link to a new blog post published by my colleague today on actual costing. Please check out.