In this blog, I have given an overview of the release updates for 360 Reviews- 2H 2022 Release Highlights

SAP Fiori Version has been available since 1H 2020.

See my earlier Blog Post for more information on upgrading to the SAP SF 360 Fiori Version.

You can use the new purge request, DRTM 360 Reviews – External User Purge, to delete data of external users who’re no longer needed in 360 Reviews forms.

In Data Retention Management, you can create a purge request to delete the data of external users that meet one or more of the following criteria:

If the user has multiple 360 Reviews forms, to successfully purge this user’s data, each form must satisfy one of the first three criteria.

This feature offers customers flexibility in defining how to delete external users’ data and helps them comply with local regulations. 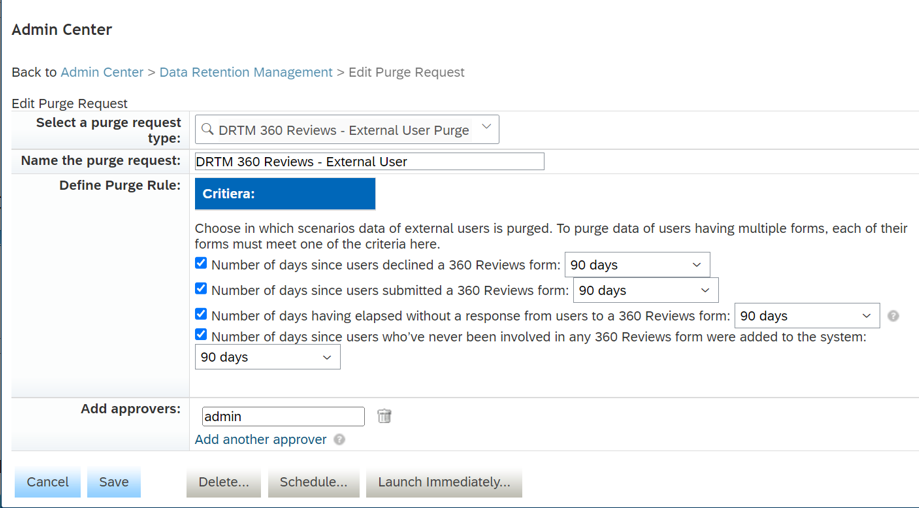 You can choose to show or hide the route map on 360 Reviews forms before launching them, and if it’s shown, participants can expand or collapse it when they work on the forms.

If you select the Hide Route Map on the Form option in Form Template Settings for a form template, the route map on the forms based on that template is hidden from all the participants afterward. If you deselect the option, the route map is visible to them and they can collapse or expand it.

If users now try to approve or route 360 Reviews forms using unsupported tools in Admin Center, they’re reminded that these tools aren’t supported and are shown the correct tool to use.

Previously, in the Approve Form or Route Signature Stage Form tool, after users entered document IDs and chose the buttons to approve or route forms, they weren’t informed that these tools don’t work for 360 Reviews forms.

The useful, friendly messages ensure that users know the right tools to get their job done.

You can show behavior names and ratings in the Summary section by enabling rate-by-behavior of the 360 Reviews form.

To enable rate-by-behavior, do the following:

In 360 Reviews – SAP Fiori Version, fields defined as required are now clearly marked with red asterisks on forms in the Evaluation stage.

Users must provide information for required fields before they can successfully submit a form. Previously, such fields weren’t visually distinguished from other fields and users were informed of any missed required field only when they were trying to submit the form.

You can use the competency-filter attribute to control what competencies users from different participant categories can view and rate on 360 Reviews – SAP Fiori Version forms.

You define competency-filter for different participant categories within the meta-cat element in a form’s metadata section. This allows you to achieve the following:

This feature gives you more control over how your users work with competencies when giving evaluations. It also helps us achieve feature parity with 360 Reviews v11

You can disable page set up, so when users print a 360 Reviews form, its Summary View, or its 360 Executive Review, they always have it printed in its entirety.

You can choose a form template in Form Template Settings and use the new option – Disable Page Setup to control how you want forms based on this template to be printed. When it’s not selected, users can specify which individual sections to include; when it’s selected, users aren’t allowed to do that.

Sap has built this feature to give customers more control over how 360 Review forms are printed in their organizations.

In the below system, Disable Page Setup Option is Selected 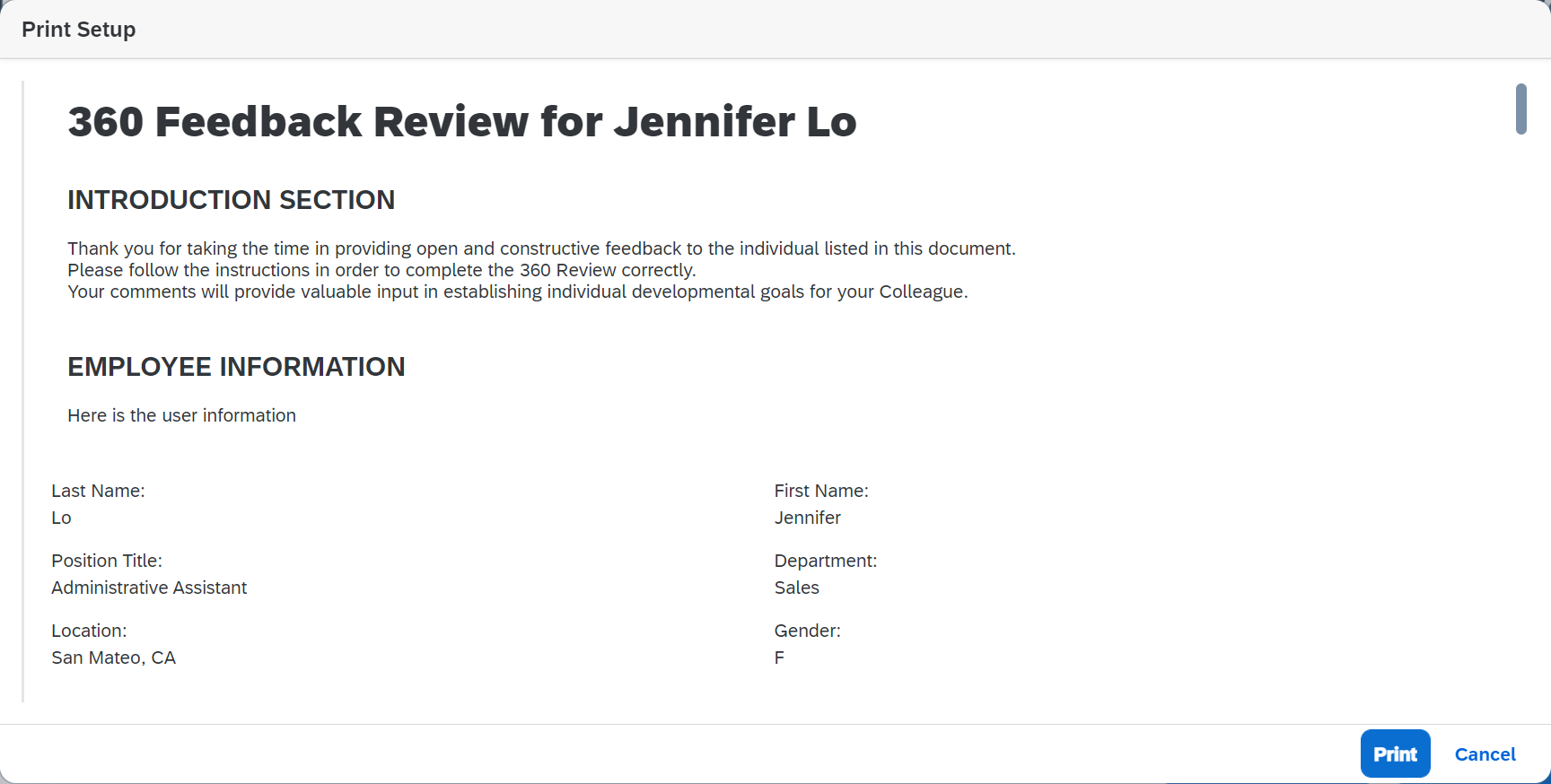 See my earlier blog post for more information on the universal Reimagined Home Page upgrade- 2H 2022 Release. It has a lot of info to keep you updated on the latest release.

To get more information on all the release changes, please refer to the link below.

Please feel free to share your ideas and questions in the comment box of this blog. I’d be glad to share what I know with you. Also, do share your thoughts on the latest changes, and the features you valued the most.  Share this blog with your colleagues.