SAP Analytics Cloud – Transport via content network storage helps to share/transport the content between tenants for Life cycle management (LCM) workflows. This Blog post will cover the new feature enhancement related to the transport of Private content into a predefined public folder ( 2022 QRC4)

Most of cases users develop the artefacts in the Development tenant and use the Content network to transport from Development to Test / Production SAP Analytics Cloud tenants.

Though it is uncommon to move the content from Production to development, In self-service scenarios, End users create their own Dashboards and store them in their private folders (My files folder). Over a period of time, End-user may need IT to help enhance the Story with advance functionality. During these scenarios, it is required to transport the content from Development to production.

Now with his enhancement, it is possible to include objects stored in Private folders (My Files) into Content network packages during transport.

Including objects stored in the User’s Private folders (My Files)

While creating packages, objects stored in the user’s private folders are listed. Transport users can add those private objects as part of the package.

The Private objects could be in common workspace or any specific workspaces.

If the Private objects had a dependency on public objects (or vice versa), users can include both objects as part of the package during transport. 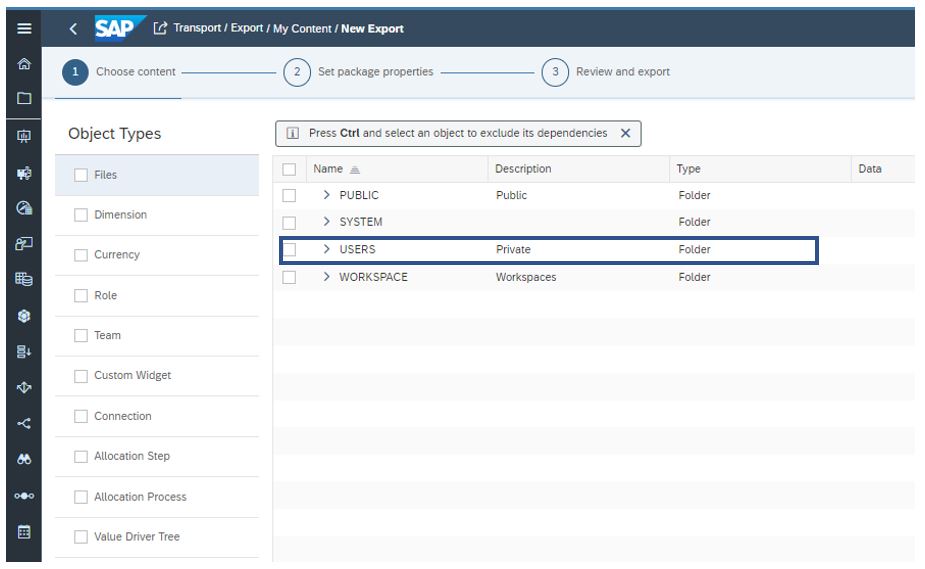 Include private objects stored in the Common workspace users’s folder 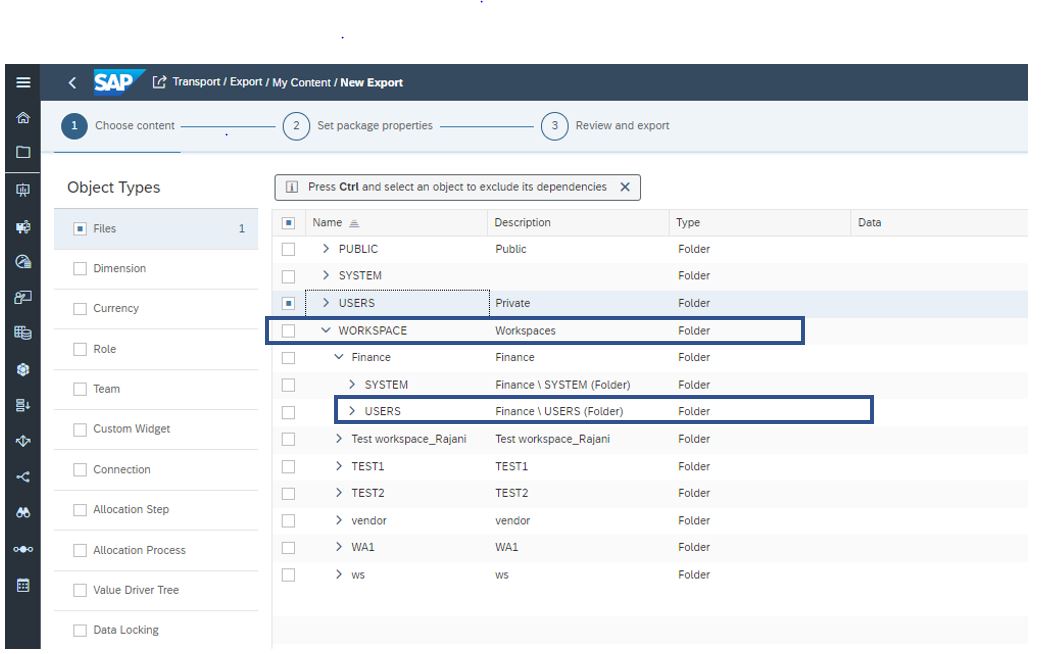 Include private objects stored in a specific workspace/Users folder

Since the users are different, while importing packages containing private objects in the destination tenant, private objects are imported into a predefined public folder My files/Public/Content Network.

The pre-defined Content Network folder access is restricted to the transport user who imports the package. It is not accessible to all users. Transport users should re-organize the content and move those private objects to their appropriate locations.

Importing the package containing the same private objects again would update the objects in their location (The objects are uniquely identified by GUID).

This feature is not enabled by default, Administrators can enable this feature in System > Administration by enabling the “Allow private objects export” toggle.