This year Ada Lovelace Day is on Tuesday, October 11th.

It is a day that puts a spotlight on women in science, technology, engineering, and math (STEM).

To acknowledge in the inspiration of Ada Lovelace Day, one only needs to consider how much has changed over the past 150 years for women and why it’s so important to attract & retain women in the tech industry. So, in the quest to learn more… I reached out to several amazing women within the SAP Community with a few questions about how they got into tech and who inspires them. 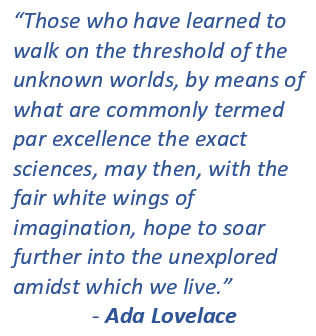 As history tells us, Ada was born in 1815 and fortunate to be raised by her single mother and grandmother who educated her at home with the very best tutors. Ada excelled in all her studies with a true devotion and gift for mathematics and science. At the young age of 19, Ada gets married and has 3 children. While raising her children, with her the support of her husband, Ada continued to pursue her love & passion for machines when introduced to an inventor and mechanical engineer, Charles Babbage.

The two collaborated together over the years and in 1843, Ada published a paper which creatively explained how the computer engine could not only calculate numbers but had potential to create music and art, given the right programming and inputs. Ada is recognized as the 1st computer programmer. Not only did Ada’s work make a profound change in the tech industry but for all women, as well.

What motivated you to get started in the tech business/area?

Karen Rodrigues: The transition to a technical career in systems happened by chance, with an opportunity to put my business knowledge into practice and build practical solutions that brought real and tangible benefits to companies. Knowing how things work behind the interfaces and being an innovation agent is the fuel that keeps me going.

Dell Stinnett-Christy: My dad was a programmer, and I grew up going into work with him and playing on the computers. I discovered that not only do I have an aptitude for programming and database design. I really enjoy it as well!

Mariajose Martinez: When I first started my professional career, I was not part of the IT world, but when I got to discover more and more about the technical capabilities and usability I just fell in love with the topic. I immediately started looking for a presale’s role in SAP, to keep interacting and helping customers to understand how they can run better with the latest technology, and at the same time be able to develop new impactful use cases while leveraging SAP technologies with SAP BTP.

How much / what has changed in the tech industry since you joined?

Dell: A LOT! I started playing with computers as a pre-teen and in the 1970’s – before there were PC’s. Most of my college computer classes were on a mainframe. The ones that weren’t were on an Apple II+ where we stored our programs on cassette tapes. My first PC, which I bought in the late 1980’s, ran MS DOS and had 128K of ram and a 40MB hard drive. Technology was much more primitive at that time.

Mariajose: Cloud computing has become stronger than ever. Subscription models are reigning in the market, and we are on it. Agility is more important than ever and with tons of competition, the technology industry has elevated the standards on security, availability, intelligent technologies, business applications, etc.

Karen: I always work surrounded by men. Even when my focus was business, the male presence was predominant. I see that now this is one of the areas that as women have conquered more and more space. This thought that working with technology at home is outdated and is reflected in the number of leading women I have seen in a company that works in the market as a whole.

Tammy: I continue to think to this day it is not technology, but people; it’s all about solving business problems. That hasn’t changed since I joined the industry many moons ago.

What inspires you when you think about Ada Lovelace Day?

Dell: Thinking about how far we’ve come. Also, that Ada was able to do so much in an era when women had few, if any, opportunities – especially in her social class.

Mariajose: She has been an inspiration for all girls and women in tech. It is just an example that you can overcome any barrier or stereotype that you may have in your mind. She could discover that it was possible to execute more with machines, in this case, that the machine had applications beyond pure calculation. Technology is for all of us, and we are the ones building a new future for our societies and the next generations to come.

Karen: Ada Lovelace Day remembers the achievements of women in science and inspires to support others to follow a career in this area, which is still dominated by men today.

Tammy: For me, a lot I think of all the people who have encouraged me, such as Susan Keohan, Thorsten Franz, Marilyn Pratt, and Moya Watson. This encourages me to try to “pay it forward” to others – not just women, but everyone.

Why is it so important to attract and retain women in the technology industry?

Dell: Studies have shown that diverse teams produce better software products. People on these teams bring their own experiences to the table. Also, from my own experience, too many programmers are into the “gee whiz” aspects of programming – in other words, the latest technology and tools for the sake of using the latest and greatest. At the risk of sounding like I’m stereotyping folks, I think development teams that include women tend to be more empathetic toward users and make sure that the users’ needs are recognized and met.

Mariajose: The world is diverse in every way, and as a woman, we need to be there also calling the shots for new generations to come. If we have technology biased toward a particular segment of people, then we are not getting the most out of our resources to help the world run better. For many cultures, there is still the belief that Technology is a men’s world, and that’s very far from the truth, just look at Ada Lovelace’s achievement and legacy.

We have a duty to women and girls to help them discover what they can achieve with technology, in terms of personal and professional goals, and how they can help their communities to progress and become better societies. I support a Latin-American NGO called Laboratoria, which teaches young girls and women, programming languages and frameworks to empower them as Front-End Developers and UX Designers so they can look for a better future for themselves and our communities, and this experience has taught me so much. We know the importance of this topic, and this is just an example that we can always support and give back at least a little bit of what we have had the opportunity to learn and experience, especially in this great company as it is SAP

Karen: As a first pillar, women take the lead over their own careers with the possibility of occupying positions in the IT area, bringing new ideas, paths and work style.

Tammy: Diversity of thought brings new and better ideas for everyone.

Who is or has been your idol in the tech industry? Who inspires you?

Mariajose: Women in general. I do what I do because I’m passionate about technology for sure. But at the same time, being able to help women gain empowerment in the IT industry by leveraging technologies for development, and designing many business ideas for improving people’s lives, is something that simply motivates and inspires me.

Dell: Grace Hopper has been my hero for a long time. She started working with computers in the 1940’s and was responsible for the foundations of a lot of what we do now with computers.

Karen: My idols were other SAP Mentors who knew a lot and helped me along the way. Today I try to give back to the SAP Community the teachings and inspirations I have received.

Tammy: So many people! In my previous job, I was fortunate to have Will Grannis as my mentor. He is now CEO of Google Public Sector. He was always positive, taking on numerous challenges and a customer-first mentality. Marilyn Pratt, formerly of SAP, was all about empathy.

Consider collaborating with organizations such as:

Note: With attribution to the great Stacey Fish of SAP. 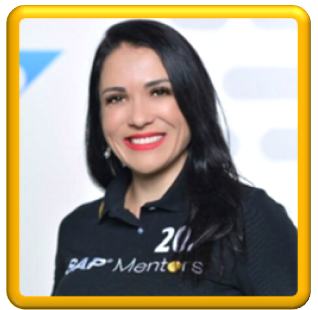 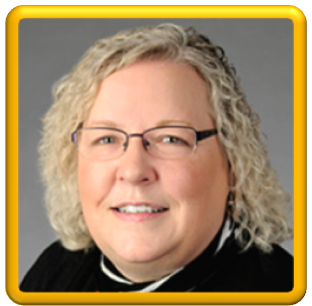 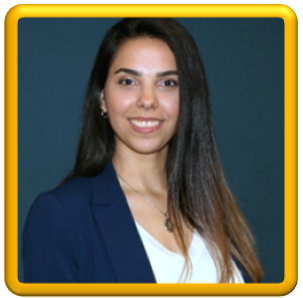 It's also awesome to see that Mariajose Martinez is supporting young girls and women in programming languages. I love that! 🙂