It has been long since I have been able to write a blog and this one has been on my list for quite some time. Finally I started putting together this post . Hope this helps

The client had a requirement where the usual check forms going to the Bank for Payments was to be printed from SAP, S4 HANA 2020 FPS2 , on-premise , in this case.

The most important consideration was not to put the company logo(s) , Executive Signature(s) and ofcourse MICR(code at the bottom used on checks to identify the check)  were not to be saved with the form design, so that it doesn’t show in the spool pdf – when opened from Sp01/Sp02, but only on the actually printed check . This was a security constraint for the client and they were very strict on this.

Additionally, The printer used for printing the check was Troy’s HP Laserjet P3015, the fonts were residing directly on the printer( hence the title Printer Resident Fonts) and hence the signatures , logos and MICR would get directly printed on the printed check and not when downloading the pdf from spool tcodes – SP01/Sp02

You need to work with Basis team closely on this to get the printer specs, majorly below

The solution involves few steps, majorly basis related . I also want to share some great tools shared by SAP team on this

Step 1 : To be done in the Form Design i.e. Adobe Livecycle Designer for Adobe Forms- Assign the Fonts in the Layout to the required form elements e.g. text field . Note – You don’t need to install the font on your machine , rather just type the Font name , as is in the Printer specs so e.g. in this case as in screenshot below , instead of selecting the font name from the dropdown , type in the font name i.e. Troy Image 205 Screen Font.

This step is done by Developer. 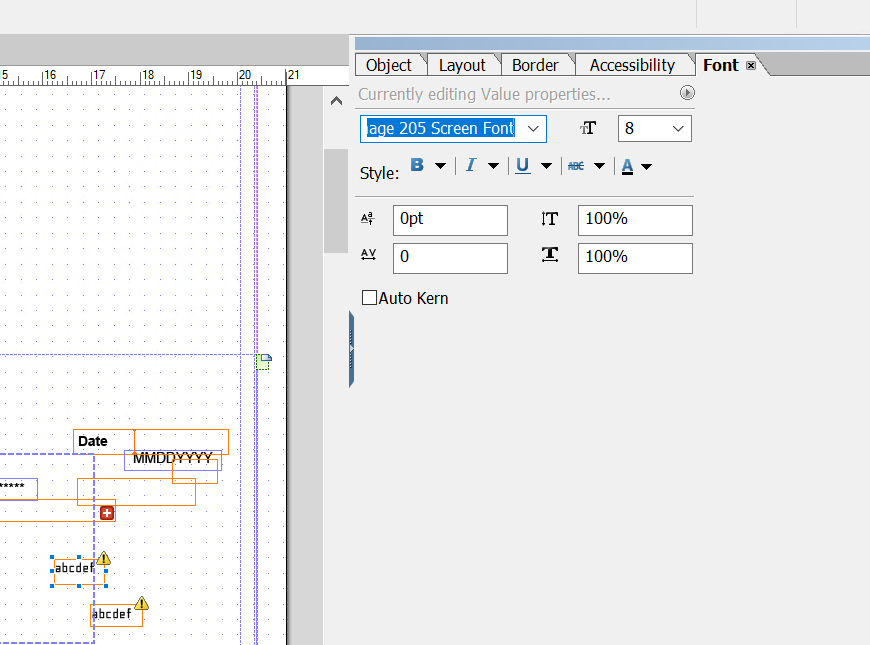 Step 2: Download the standard hppcl5e.xdc file and then update XDC file Note – XDC file is the main file which is used by ADS server to render the actual form at run time

This step is usually done by Basis team.

Step 2.1 : Update the Font escape sequences as provided in printer specs, as mentioned in the pre-requisites above

Step 2.2 : Update the Pre-doc section with MICR command, as mentioned in the pre-requisites above

This step is usually done by Basis team.

Step 3.2: Assign the newly uploaded xdc file to your device type associated with your printer

Step 4 : Run test – Make sure when you are running the test print, print on the exact printer(e.g. ZTROYMC a directly so that the right xdc file is picked up by ADS server to generate the pcl file . If you print to a Local printer first and then go to Sp01 and change the printer to print to another printer it wont pick the right xdc file

Hope you find this helpful!

P.S – Special thanks to @annette.horstmann and @harpreetsingh.saini from SAP support team for their support on this.

Hi, Rini,
Thank you for this wonderful and inspiring blog! I have no opportunity to try it out at the moment, but I have a similar (yet not the same) requirement.
I posted my question, maybe you could have an idea:
Adobe Forms: Restrict font usage in ADS

Thanks again in any case!