Children of Deaf Adults: Growing up Between Two Worlds 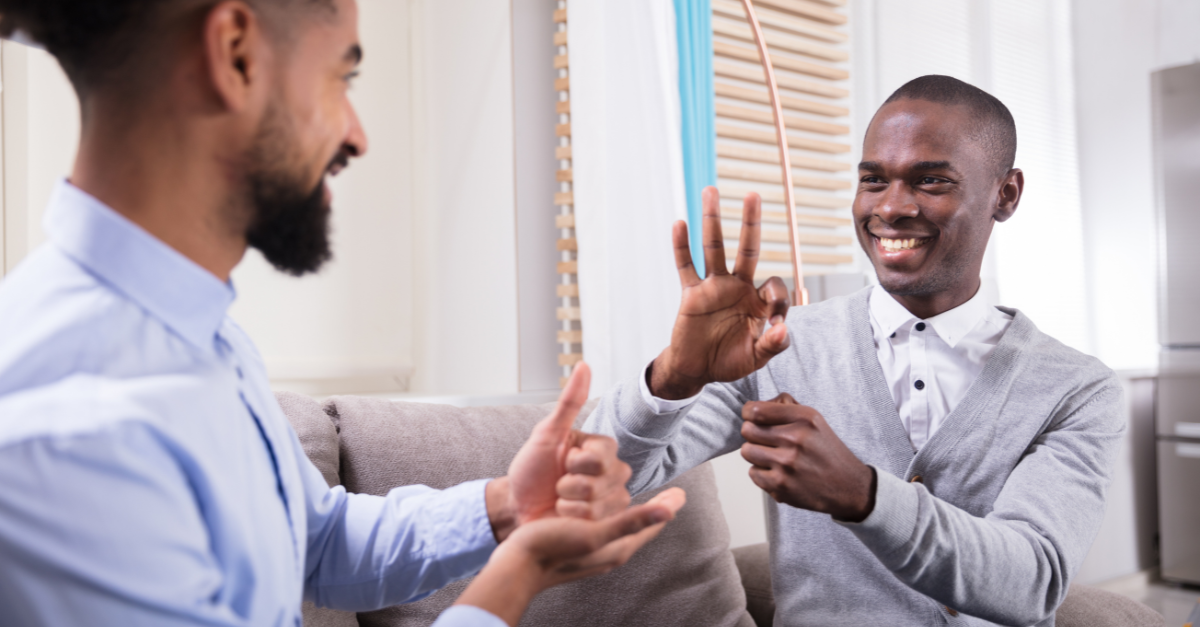 “Sometimes, I think they can hear us,” I remember my brother saying to me as we quietened down because our mother told us we should not be so noisy while playing in the apartment. Yes, we should not be so loud, says our mother, who cannot hear us but who feels the movements of us jumping on the floor. Eighteen years later, I can say with conviction that my parents cannot hear us, not even sometimes, but that hearing loss is compensated for deaf people by other senses like feeling.

“Children Of Deaf Adults” or “CODAs” are what my brother and I are. It’s what about 90% of all children of deaf people are. The remaining 10% are children who are deaf themselves, also known as “Deaf CODAs.” The origin of this name goes back to the American Millie Brother, a daughter of deaf parents who founded the association “CODA International Incorporated.” This group of children of deaf parents is also described as a subgroup of the Deaf community – in most cases, a minority. According to the World Health Organization, about 20% of the world’s population (i.e., more than 1.5 billion people) live with hearing loss, and 430 million have disabling hearing loss.

Hearing children of deaf parents grow up in two different cultures and with two different languages. On the one hand, they learn sign language used in their families and with the Deaf community. On the other hand, they learn the spoken language, which is accessible through the immediate environment, such as contact with relatives and acquaintances through kindergarten, school, or media.

Growing up hearing with deaf parents has indeed often felt like growing up between two worlds. There was never the compulsion to choose between the two of them, but often the attempt to bring them together – sometimes more and sometimes less successfully. I would be lying if I said it didn’t bring hurdles along with benefits.

Like all other aspects of life, every child has different experiences depending on their environment. I think everyone grows up differently due to various factors that influence the lives of each and every one of us.

Having deaf parents, however, never made me different from the other kids in my school. My school choir performances were recorded with my father’s camera so that we could watch them years later, and my mother drove my friends and me to playgrounds on my birthdays. “Can your parents drive the car?” I have been asked many times. Yes, they can – why shouldn’t they? Just because they are deaf?

Nevertheless, I always consider having deaf parents to be remarkable. It gives me the opportunity to make sure at least a few deaf and hearing people can interact with each other, which is often difficult without me as an interface. And I mean, who can talk about something unnoticed while surrounded by a crowd? When you communicate using sign language, you can.

The most challenging thing about being a CODA is serving as a “mouthpiece” for your parents. You are a gateway to the hearing world for them. Many children take on the role of an interpreter at a young age, and as a result, they sometimes feel like they are swapping roles with their parents.

I sometimes felt like this, especially when translating, for example, at a doctor’s appointment. The doctors usually looked at me while I was translating what they were actually saying to my parents. Even though I kindly made the doctors aware that they were talking to my parents and should look accordingly into their eyes and not mine, they usually kept looking at me. Sometimes this bothered me. Years later, I understand that it is difficult for many people to implement this directly during a conversation.

This is a simple example. A real challenge is when it comes to making decisions, and you are suddenly standing between your parents and a doctor with everyone looking at you, waiting for you to take the lead in making a decision.

However, even though taking responsibility in such situations at a young age is sometimes a challenge for many children, they often see the assumption of this role within their family as adults from a different perspective. I could not imagine not supporting my parents in such situations. I usually help them even if they don’t ask me to. You could say that helping my parents is in my blood.

At this point, I would like to quote the author of children’s books, Myron Uhlberg, from his memoir about his deaf parents. He writes the following when he summarizes how he felt after leaving home for college:

“The sign for responsibility is a dramatic one and leaves little room for doubt about its meaning. It was one of the first signs my father taught me. He would place both hands, fingertips relentlessly pressing downward on his right shoulder. His shoulder would slump, as if bearing a great burden, and his face would assume a look of patient endurance. This was what was always expected of me: to be responsible […]. There were times when I found this burden crushing, and those were the days when I would rush from my apartment to the roof of our building and hide for hours on end. […] From now on I would not be responsible for my father or my brother. They would have to manage for themselves. My sense of relief, however, was diluted by an inexplicable sense of loss. It had never occurred to me that I would feel that way.”1

I think it is an unconditional love between most parents and children – even if the generational relationship entails that at a certain point in life, one takes care of the other.

With this blog, I wanted to raise awareness for the relevance of the inclusion of the Deaf community. Of course, there is much more to say.

In my opinion, equality and inclusion of minorities should always be a priority in our society, not least in companies. Be it the inclusion of the Deaf community through enabling live captioning or speech-to-text technologies or the promotion of women in leadership positions. Companies should strive to provide their employees with a diverse and inclusive workplace. I am proud to be able to work for a company that values diversity and inclusion and accordingly runs various initiatives for it. This year, SAP again achieved the highest score on the Disability Equality Index® (DEI) and was recognized as one of the “Best Places to Work” for its activities to promote equality. For those of you interested in more information about Global Diversity and Inclusion at SAP, see this page.

I want to end my story with the words with which Myron Uhlberg ends his memoir:

“Many years after the death of my father, when I had the passing thought that I could be an artist, I was studying a book on how to draw the human figure. […] The book then proceeded apace, from a study of The Eyes, The Ears, The Nose, The Mouth, and from there downward. Eventually, I turned a page, and there was: The Hands. Displayed on the following pages were marvelous, deceptively simple pencil line drawings of the human hand in motion. The accompanying description of the topic began with the sentence ‘Hands speak a rich language.’ ”2

On the occasion of Deaf Awareness Month (September) and International Day of Sign Languages (September 23).

Please note: Everything I have written in this blog is based on my own experience. I didn’t want to make generalized statements about CODAs, but instead provide insight into my life and experiences as a CODA. 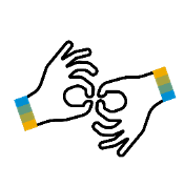 first of all I'd like to extend my sympathies and thank You for this thought provoking blog.

People very dear to me once said: "Nothing is as bad as it is not good for something."

When people acknowledge skills you have acquired, they don't see the pain you stood through to get these skills. My childhood had different 'issues'. I see some learning through pain parallels there.

Your parents must be very proud of You. You are a great gift to them. Your bond should be on a level other families can only dream of. It seems You are way better prepared for the future than most others of Your generation. You made it this far. Take a moment and accept Your achievement.

Best of luck to You,

I also want to thank you for publishing and sharing with the community so purely what's on your mind and in your heart, expressing your experience starting from your childhood and how you learned what responsibility you had early on. What you write resonates with me a lot, how you write and probably because in Manfred Klein's words (I don't have better words) I am "seeing some learning through pain parallel there" personally as well.

"In my opinion, equality and inclusion of minorities should always be a priority in our society, not least in companies." is exactly what I think too. The more people with disabilities have a seat in key decisions by organization, institution, just anywhere where plans are made for society and / or customers, the less or zero accessibility gaps we would have.

As much as being a CODA might have brought some hurdles living between or with two worlds, or taking responsibility already as a child, it also shaped who you are.

Thank you. For sharing your voice. For creating the bridge into the CODA world and being an inspiration.