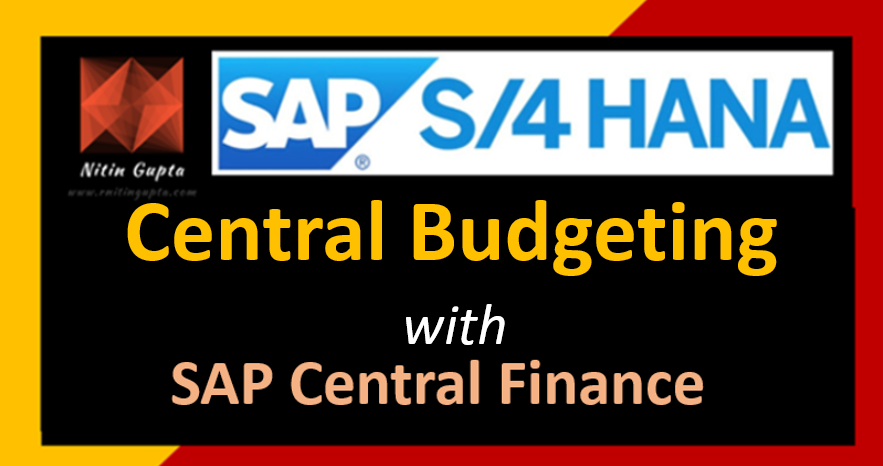 This blog is focused on the Central Budgeting functionality with CFIN. When you read this, it is assumed that you have basic understanding of SAP Central Finance as a product and functionality.

With SAP Central Finance the intent is to move the finance processes to central system and execute in a harmonize way. With the functionality Central Budgeting the system allows to take a centralized approach while we manage budget in the Central Finance system and the consumption of budget happens in source system(s)

Central budgeting is supported for:

Budget is maintained in central system and is consumed via postings in source system. The budget check happens in real time via RFC connections. 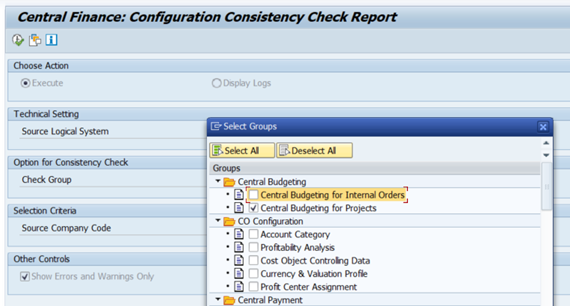 Budget will be consumed in source system and maintained in CFIN system. This can be done for particular company codes and project profiles. Remote budget check happens during the postings in ECC system

Set up in ECC system 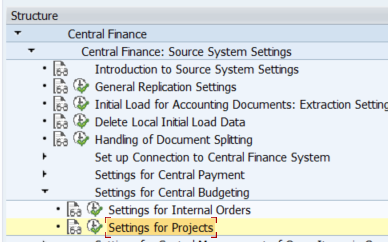 Set up in target system (CFIN) 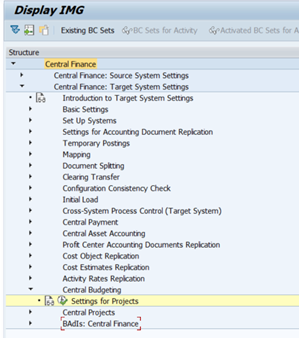 After this when the transactions will be posted in ECC on projects and WBS the budget will be consumed however the maintenance will be only in one system irrespective of the number of source systems we have in the landscape.

This is the major step in centralizing the finance function as budget is one of the core necessity.