In order to find the optimal solution, you must go and try multiple approaches.

Whether working with technology or brewing beer, both have rewards based around learning, the creative process, unleashing imagination, the social aspect and achieving successful outcomes. Taking on new challenges and pushing the limits is all part of the fun!

For Łukasz Pęgiel, SAP Champion, author, home beer brewer, and Digital & Information (D&I) Manager at the Hager Group, the journey to becoming a leading SAP ABAP and technology expert has always been centered around hard work, persistence, and overcoming obstacles. Along the way, he learned that there is a time to learn, a time to fail, and a time to grow!

It was great connecting with Lukasz from his home in Tychy, Śląskie, Poland.

Stephanie De Camara Marley (SM): Hi Lukasz! Nice to catch-up with you. From your university education, first in Management and Marketing (Andrzej Frycz Modrzewski Krakow University), and then a Master’s in Computer Sciences (University of Economics in Katowice), what sparked your interest to become an SAP ABAP expert and author? 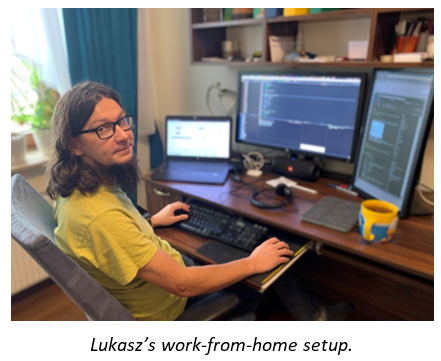 Łukasz Pęgiel (LP): To be honest it was a bit of a coincidence. When I was 14 years old, I started to play around with programming including Pascal and making websites using HTML and PHP.

This activity was one of my main hobbies. I was earning good money (for a teenager).

As a university student, I was interested to find a job as webmaster or web developer. However, I was not fortunate to find one in that field, so I landed in a delivery company working in a warehouse instead.

Not long after, I joined the Hager Group as a manufacturing engineer. So again, I was not a developer, but a guy who measured the assembly times in the factory, designed workstations and production line layouts, and created a lots of master data in SAP, including material master data, bill of materials (BOMs), routings, cost collectors, and reporting.

Four years later, I joined the Hager IT department where my real path of being an ABAP developer started.

I was very lucky that I had the opportunity to learn a lot on my own by searching the SAP Community, ITtoolbox and few other websites. I had time to learn, time to fail, and time to grow. After researching and gaining knowledge, I started to run my own blog (abapBlog.com).

This was the changing point in my developer career, because when I go to share something, I have to be sure that what I describe is correct. So, I spend a lot of my private time on the posts for my blogs. Posting and describing a solution was the fastest and easiest part, but the preparation was time consuming.

Sharing my findings and working with the other SAP Community members brought me to the place of being a quality ABAP developer.

SM: Recently you became a Digital & Information (D&I) Manager Poland at the Hager Group? Congratulations! What excites you about this new role and the next chapter in your career? Are you still working with technology?

LP: Thanks! The work I do is still around IT technologies, but mostly focused on the people and projects side of things now. D&I may be a strange abbreviation to you, but in the Hager-world, the department name came from bringing together a few departments which were working around IT & Digitalization.

The role I have now is not focused only on development areas. I am a solid or dotted line manager for 13 people now and hope it will grow even more. My team works in the SAP area, .Net world, user service or BIM (building information modeling). Of course, I’m not an expert in all these areas, but I enjoy supporting my colleagues.

SM: O.K. We’re curious! You mentioned that you can “teach us how to brew a beer.” From a high level scientific and fun side, what can we learn about shaping beer taste as it applies to the ingredients, processing steps, and understanding the biochemical reactions?

LP: Well…you can forget about the biochemical reactions…I’m not so good with that stuff, but I can tell you that shaping beer taste is great fun! 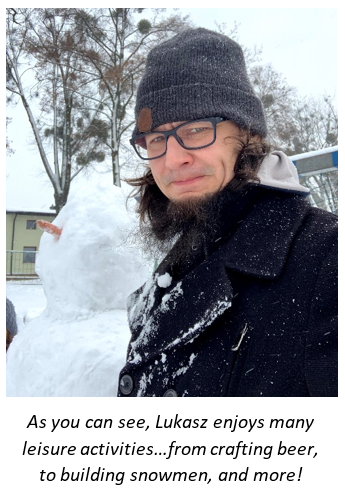 There are few factors that influence the taste, one of the most important is the water which you use to brew a beer. This one is often underestimated. Even if you have a great beer recipe, but use awful water, then the beer will not be good.

Also, I have noticed that the kind of malt you buy matters. Making the same recipe for beer, but using a malt from several manufacturers, you’ll gain different tastes in the end. I’ve learned what malts fit me best, but taste is very objective…

The next factor that has big influence in the taste is hops. You can find hundreds of types of hops, with different flavors and usages, like for bittering or aroma. The fun part is to mix them in a way that’s unique and awesome. In most cases when I’m preparing a beer, I’m trying to change something in the recipe (even if it was perfect before) because this can lead to finding a new, better version!

Brewing beer is like machine learning or AI training. In order to find the optimal solution, you must go and try several approaches. Playing with the hops sometimes brings about issues, like barely drinkable beer, but it also brings a lot of satisfaction when you find the taste you were looking for. With trial and error, you can make the taste better and better each time!

SM: How did you become an SAP Champion? In this role, how do you engage with Community members?

LP: I was asked to join the first group of SAP Champions when the program started. I think I was asked to join because I was well known for my blog and the work I completed around the Eclipse plugins. There were only a few SAP peers trying to enhance the ADTs (ABAP Development Tools), so I think this was a big reason I was selected.

Since that time, I mostly engage with peers on GitHub or Twitter. Of course, whenever possible, I join events like SAP TechEd, SAP Inside Tracks, ABAP Code Retreat and SAP Stammtisch, where it is easier to do “real” networking.

SM: You wrote an acclaimed book, “ABAP in Eclipse – Install, Configure, Use, and Enhance Your ADT (ABAP Development Tools).” What inspired you to write and publish around this topic? What are some practical outcomes of more efficiently programming in the ABAP language? 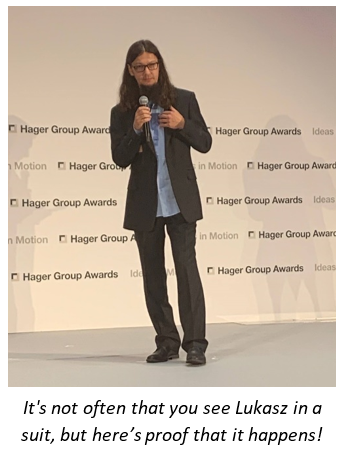 LP: I was trying to write a book for several years. The first topic I chose was SAP List Viewer (ALV) Grid Development, but since I was writing a book about that for few years without a real plan, deadline, or contract with a publisher, the book had never been finished. However, you can find parts of it in several of my blog posts.

So, once the Apress company employees contacted me and tempted me to write a book around SAP technologies, I thought that it would be a good chance since I finally had good motivation to finish one.

ALV Grid was something that I could find a lot of sources about, and in times of SAP Fiori and web UIs, it’s not the ‘sexiest’ solution to use. I thought then that it could be good to write about ADT tools in Eclipse, even though it’s been several years since it was on the market, because a lot of ABAP developers still claim that SE80 is all they need.

My goal was to prove to them that they can only gain if they will start to use ADT tools. Hard to say if I achieved my goals, but at least for those who seek the truth, there is a book to read.

SM: As an active SAP Community contributor and passionate ABAP expert, you share a range of contributions including: plugins (ABAP Favorites, ABAP Extensions and ABAP Quick Fix); presentations (e.g., TechEd, SAP Inside Track); and Github.com/fidley (e.g., Fast ALV Grid, JSON2ABAPType, Customers, ALV Grid in the nutshell). What inspires you to go above and beyond in your sharing with so many members and users?

LP: Behind every post there is a human person using his private time to share the knowledge you need to solve your company issue or to support you when you have lack of experience in the topic.

Without the many different communities all over the world, I would not be in the place I am. I’ve learned a lot from the SAP Community, and I still do, so sharing is my way to pay back what I have taken from it.

SM: Given your career journey, what suggestions do you share with students and recent graduates who want to gain traction in high tech as expert programmers? How can they best find high quality jobs that have real impact to business and communities?

LP: If you look at my career path, you’ll see that you may not always get what you expect or may not always be where you want to be at the beginning.

You must train to be good at everything you do, showing to others that you’re capable of being great, even in topics you’re not a fan of. But at the same time, you must be clear with what your intentions are and communicate them to your employer and peers.

Take the opportunities and lose yourself in learning, but never forget about family, as this is one thing that really matters! 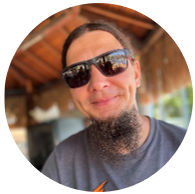 It's nice to read about the ADT plugin master 🙂