in collaboration with: Wolfram Fischer 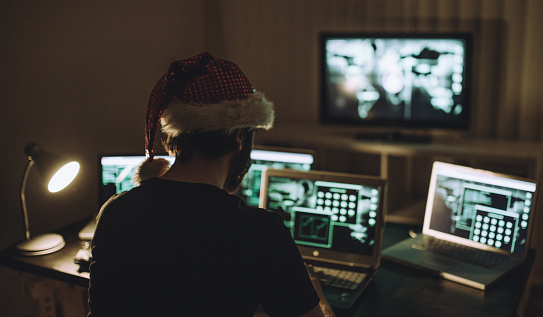 Digital criminals love easy to exploit vulnerabilities in widespread libraries. In December 2021 it was almost possible to hear the champagne corks pop, when one of the most critical security vulnerabilities was found in a logging library, called Log4j 2 for Java. Such vulnerability has both ingredients: it affects a library widely used in both open and commercial software and attack kits are available to easily exploit it by simply passing carefully crafted strings (that could be taken from the web). This vulnerability was named Log4Shell, and many experts agreed that it is one of the most severe and dangerous security vulnerabilities of the last years.

This is widely known and understood in the IT security community. The Open Web Application Security Project (OWASP) lists “Using components with known vulnerabilities” in its top 10 of security risks since 2013, for almost 10 years now and there are reasons for it to stay.

While a lot of approaches focus on the detection of vulnerable components, less attention is given to the culprit of the vulnerabilities, i.e., the actual code responsible for carrying out the attack.
Reasoning in terms of vulnerable libraries is very convenient, as the list of application dependencies in terms of library versions can be easily and automatically obtained (e.g., relying on build systems like Maven or npm). However it is very dangerous as it does not account for libraries other than the original one that still contain the vulnerable code. Does it happen that the code of a library ends up in other ones? Of course the answer is yes.

The rest of this post will focus on Java, the Java platform and its dependencies. The Java platform is widely used across companies. Moreover its dynamic nature makes it a good candidate for attackers. In fact Java applications can load new code at runtime, to alter their behavior. This is often used in modern applications and unfortunately opens doors for potential attackers: A common way to attack dynamic platforms is to trick them into loading code dynamically, which attackers use to steal data, download malware from the internet, encrypt data for ransomware, etc.

Re-bundling is the very common practice of packaging a dependency (or part of it) within a project on the Java platform. Software developers often do this to obtain a single, self-executable archive (often named using the suffix `jar-with-dependencies`). Whenever a vulnerable library is re-bundled, the vulnerable code ends up in the new archive. Failing at identifying vulnerable code in re-bundles results in applications being vulnerable even after upgrading the “original” vulnerable dependency. Let’s see why.

On the Java platform, the code to be executed is found in the so-called classpath. The classpath is a list of locations, where the Java platform performs an ordered search for the classes that an application wants to load. The Java classloader loads the first found occurrence of the required class: whenever a re-bundle containing vulnerable code is found first, then the vulnerable code is loaded and an attacker can exploit the vulnerability. 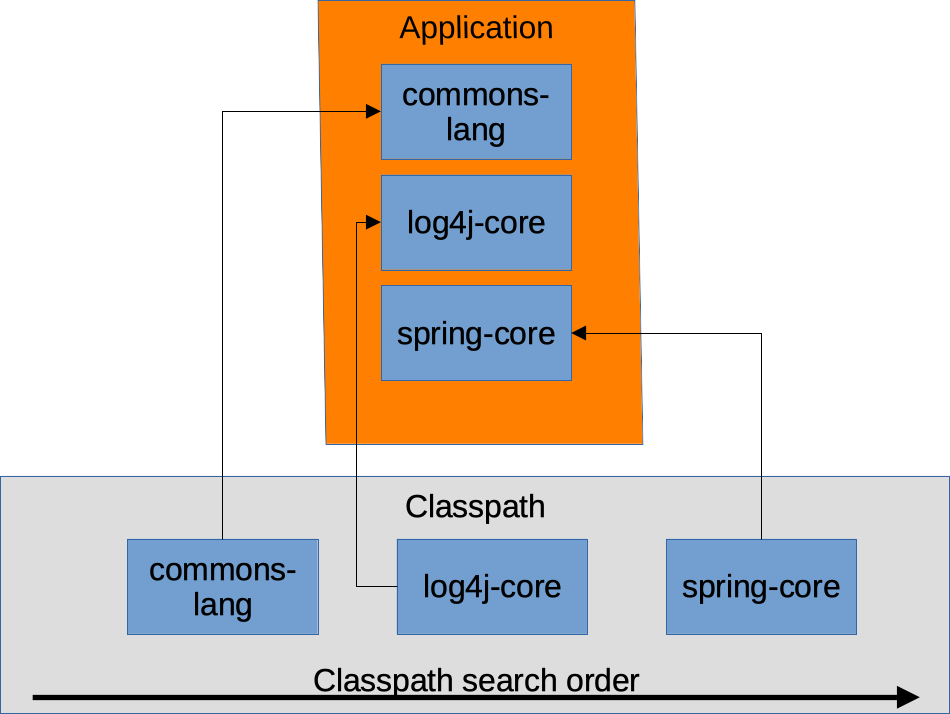 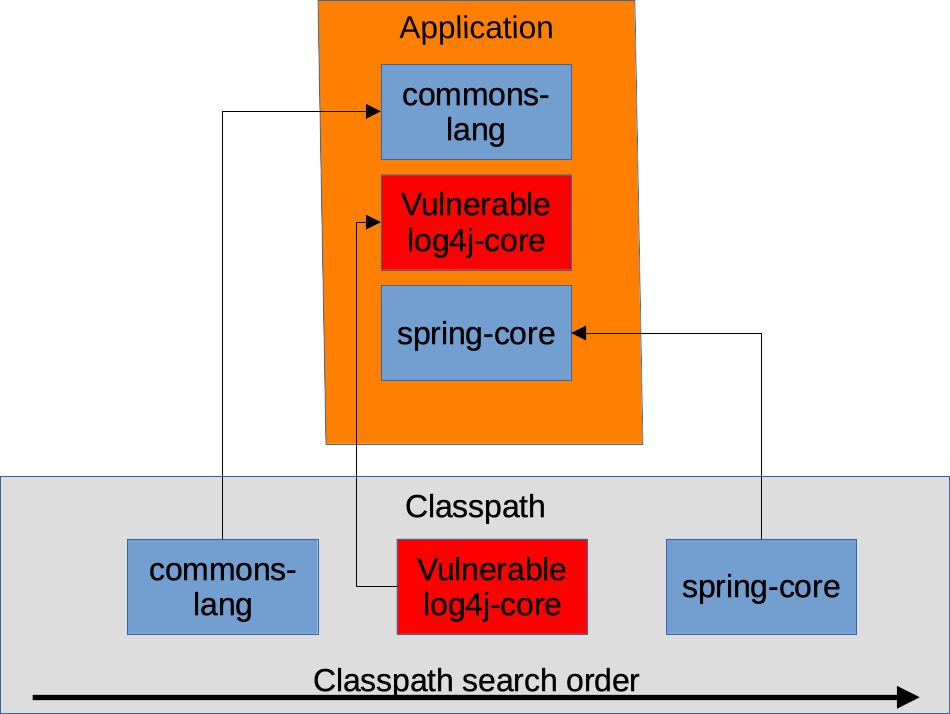 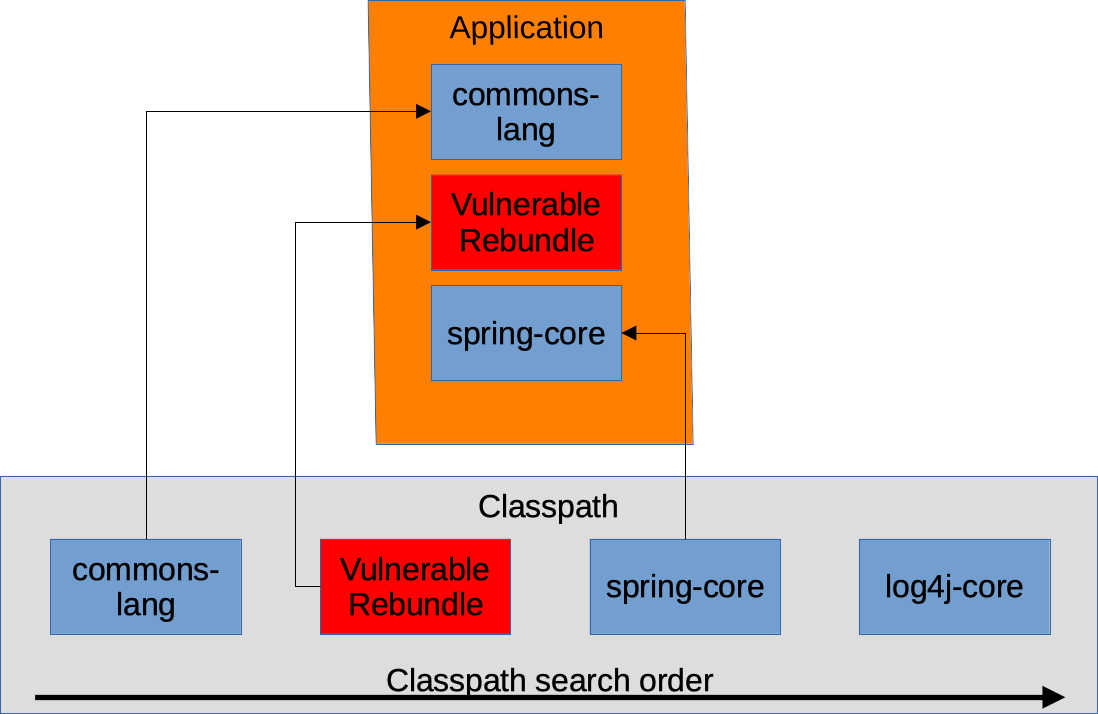 Scanners relying on a mapping of vulnerabilities to affected archives should be able detect the usage of a vulnerable version of log4j-core as shown in Figure 2, however they struggle in identifying vulnerabilities in re-bundles (see Figure 3). This results in so-called false negatives. The same happens whenever vulnerable code is re-bundled without a direct (or transitive) dependency on the original library or manually copied from an open source library and pasted to another project (usually a one time operation where nobody follows up or even notices if a security vulnerability is detected in the original source code at a later point in time).

Scanners relying on the mapping of vulnerabilities to affected libraries may miss the information about the affected re-bundles and to maintain a detailed mapping including re-bundles (assuming it is possible to identify them all) is a very cumbersome and error-prone activity considering the amount of archives re-bundling vulnerable code and the pace of growth of repositories like Maven Central. How to know that the `JndiLookup` class, responsible for Log4Shell, is present in archives other then `log4j-core`, like `pax-logging-log4j2` or the executable of `minecraft-local-map-tool`? As the vulnerable code may end up in arbitrary artifacts and new artifacts becomes available every day, it is clear that to maintain a mapping of vulnerabilities to affected artifacts does not scale.

Reducing the attack surface of applications

Can we do better than playing catchup with newly discovered security vulnerabilities?

One of the most promising solutions which is currently researched is debloating.

As an example: Log4Shell uses several classes in the Log4j 2 library which most probably have no functional use in most applications. One of the first mitigations proposed when Log4Shell became public was to remove a specific class (i.e., `JndiLookup`) from the `log4j-core` component as it contained the code required for exploiting the vulnerability. Removing that class makes it impossible to exploit Log4Shell. If an application does not need any functionality implemented in the `JndiLookup` class, which is often the case, a debloating tool could automatically remove it, thereby making the vulnerability not exploitable even when a vulnerable version of Log4j 2 is declared as dependency. The same holds true for other, discovered or not yet discovered, vulnerabilities.

Known vulnerabilities in OSS dependencies are still a challenge. Critical vulnerabilities keep on being discovered and software projects make large use of open source dependencies. Re-bundles are a juicy attack vectors: the more popular a library is, the more probable it is that someone re-bundles vulnerable code that can be used by digital criminal to attack the application. 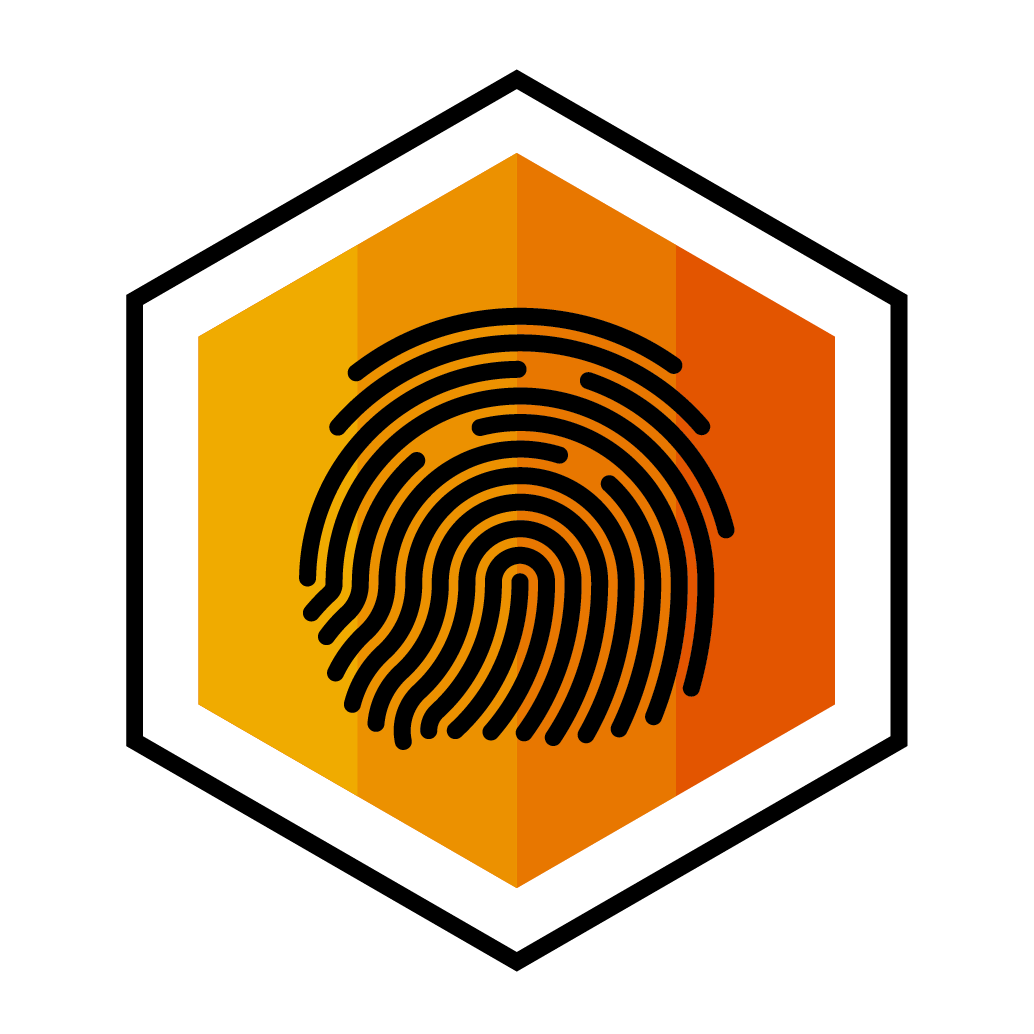