It answers the following questions:

1. What is developer extensibility?

One use case for developer extensibility is the ABAP RESTful Application Programming Model (RAP). It allows you to extend your RAP application from the database to the service definition directly in ADT with custom ABAP code.

2. What is the C0 release contract?

The C0 release contract ensures stability of a repository object at dedicated extension points. The C0 contract is a prerequisite for developer extensibility in cloud development.

3. How do you design a CDS data model as C0 released API?

As a prerequisite for C0 release, your entity requires certain extensibility annotations.

The following annotations are mandatory:

The following annotations are optional:

The following CDS view entity DEMO_CDS_PRODUCTTP_E is based on the DDIC database table DEMO_PRODUCT and it fulfills all requirements for C0 release:

This example is taken from the ABAP Keyword Documentation and it is part of the package SABAPDEMOS.

When your CDS entity meets all requirements, go to Properties > API State and add the C0 release contract for Use in Cloud Development. The tool immediately checks whether your entity fulfills all requirements and release is only possible if all tests are passed.

4. How can you find C0 released APIs in ADT?

Where can you find C0-released APIs shipped by SAP for developer extensibility? How do you find out whether you can extend a certain application?

A list of all released APIs delivered by SAP Basis can be found in topic Released APIs.

You can configure your ADT to display a folder with C0 released APIs as follows: 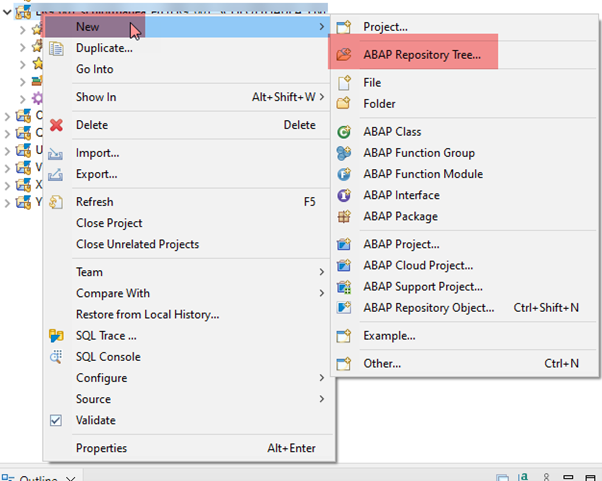 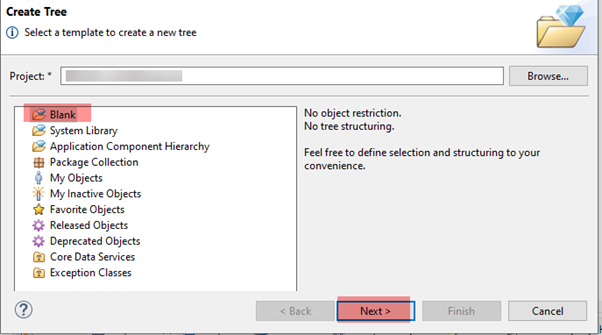 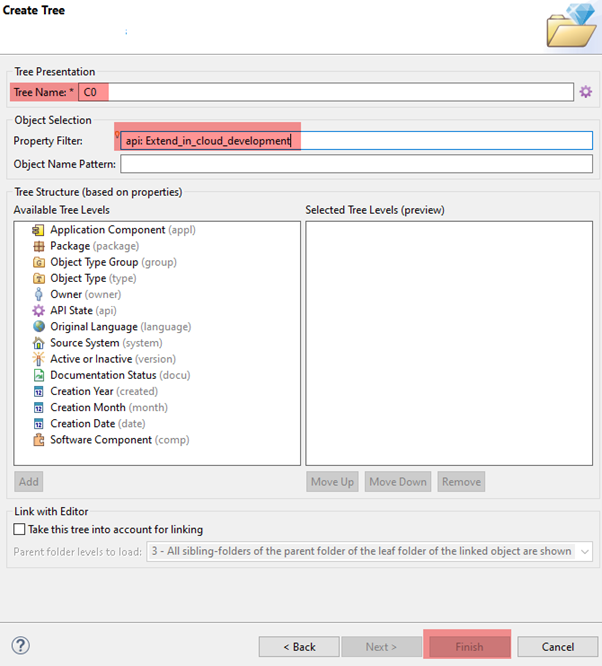 Result: Your ADT project now has a folder which lists C0 released APIs for the selected project:

3) Check the API state of an object

You find the API state of an individual repository object in the Properties tab in section called API State. 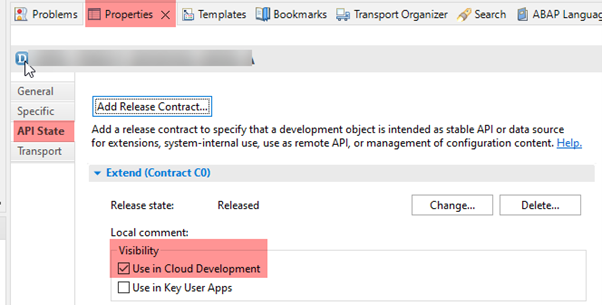 5. How do you extend a C0 released CDS view?

As a prerequisite, the view you want to extend must be released under the C0 stability contract.

There are a few rules to obey if you want to extend a C0 released API, most importantly naming conventions:

The following extension extends the CDS view entity DEMO_CDS_PRODUCTTP_E displayed above. It fulfills all requirements for consuming a C0 released API from the restricted ABAP language version ABAP for Cloud Development:

This example is taken from the ABAP Keyword Documentation and it is part of the package SABAPDEMOS.