A Step into the Virtual World

Please note that ZANA World is only a prototype to date and as such not part of any product roadmap.

In the minds of many people, virtual reality is still only a technology associated with gaming or leisure. But there is far more potential in this evolving technology.
In many areas, such as medicine, teaching or logistics, it is already being used successfully. With our prototype ZANA World, we represent an idea of innovation by presenting another application area for this technology at hub.berlin 2022: business collaboration.

The hub.berlin is the business festival for digital movers and makers and took place in the Funkhaus Berlin on 22nd and 23rd of June 2022. At such a fair, presentations and showcases on the subject of Metaverse and VR and in general on the use of such technologies in a business context should not be missing.
From the SAP side, familiar faces such as Marcus Krug (Head of Innovation Center Network) and Martin Heinig (Head of New Ventures & Technologies and Managing Director SAP Labs Berlin) appeared as speakers here, talking about digital transformation and the next generation of Enterprise Software.

In addition to many presentations on a wide range of topics on the main stage, around 100 exhibitors presented their current projects and visions. Among others also SAP. We were invited by our colleagues from other SAP teams to showcase our prototype ZANA World besides two other showcases at the SAP booth.

What is ZANA World?
ZANA World marks our first step in embracing virtual reality for running business activities. It is a virtual reality environment which emphasizes the collaboration aspect and brings the members of a peer group together in an immersive and engaging 3D virtual world. ​​​​​​​​​The world is divided into several areas which are all designed for different kinds of activities like interactions with others or the exploration of data.

Experiences at hub.berlin
On both days of hub.berlin, the showcases at the SAP booth attracted lots of people.
Remarkably, lots of the interested parties at the booth did not only ask for information about the showcases or engaged in discussions about them. Many also wanted to experience the virtual ZANA World for themselves and were willing to put on the VR glasses. Thanks to the support of our colleagues onsite and the provided hardware, it was possible for anyone interested to explore this experience, diving into the virtual reality world. 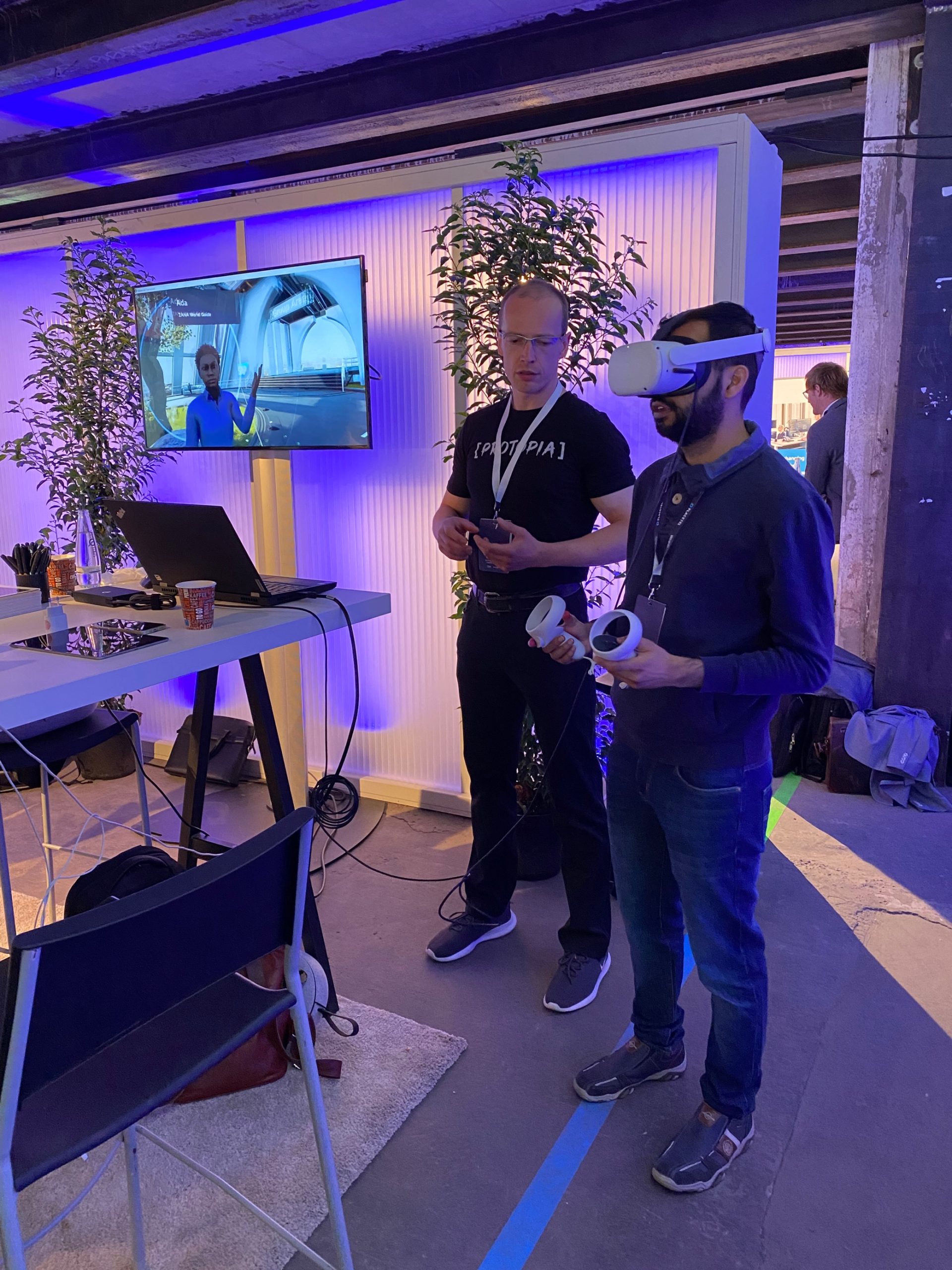 In addition to pure curiosity about virtual reality, many were also interested in how a VR experience like ZANA World fits into a business context at all and what the actual business case is about that ZANA World showcases. The VR scenario ZANA World focuses on sustainable fashion as a parent topic. While the prototype in principle can support several scenarios, the first showcase of that VR prototype is about “cotton infiltration”.

Besides the visitors at the booth, three delegations of the German Ministry of Foreign Affairs visited several booths and exhibitions on hub.berlin and stopped by at the SAP booth to get the three showcases pitched.

After two days as partners and exhibitors on the hub.berlin, we took lots of great impressions with us, had valuable discussions with visitors, customers and colleagues and considered the whole event a successful venture. We are proud to be driving new technologies forward and were very pleased to have the opportunity to show what business collaboration could look like in the future.

What do you think about business collaboration in virtual reality? Can you imagine working together like this in the future, or does it just sound like a superfluous gimmick to you?
Let me know in the comments. I’m curious to hear what you think about it.

Do we have a demo site to experience ZANA world?

As a prototype, ZANA World brings a specific business scenario from the agricultural sector into a virtual environment and currently only supports this one case. Other content is not supported by the showcase so far.