As a Functional Consultant, one may wonder what a Role is and how different it is from the Authorization Object and Profile. While it is mostly the job of the Security team to assign the required Role for a user, it is also the Functional Consultant’s responsibility to provide inputs about the required Transactions, restrictions within a Transaction, and how these restrictions should vary depending on the user.

Let’s begin this blog by defining what a user is. In simple terms, if a system has our users already created in it, only then we will be able to log in using a username and password. In SAP, Transaction code SU01 is used to create a user. Using this Tr. Code, users can be created, modified, deleted, locked, unlocked, and copied to create a new one. Typically, in a project user creation has certain prerequisites. Initially, the user or the concerned manager requests the user creation by filling in the access form and providing all the required details. This is followed by one or two stages of approval and finally the creation of the user by the Security team.

Here mandatory fields are filled in all the tabs by the security consultant and saved to create a user.

Having created a user and the same is communicated to the respective Functional Consultant(user), he should now be able to login to the system with his credentials. For a user to execute all the activities he is supposed to, he should be assigned the required Roles. These Roles will generate a Profile which in turn has Authorization Objects.

By the end of this blog, you would be having a clear understanding of all these. Let’s start with the Role…

Roles are the means of assigning authorizations to the user. For example, in the image below since the user is assigned a Role related to Table Display, he can only view the tables in SAP. If he tries to create another user for his colleague through the Tr. Code SU01, he will not be allowed to do so as he may be missing required authorizations.

As Roles are assigned to the user, the Profile gets automatically assigned. Before seeing what a Profile is and how they are interlinked, let us understand what Authorization is. 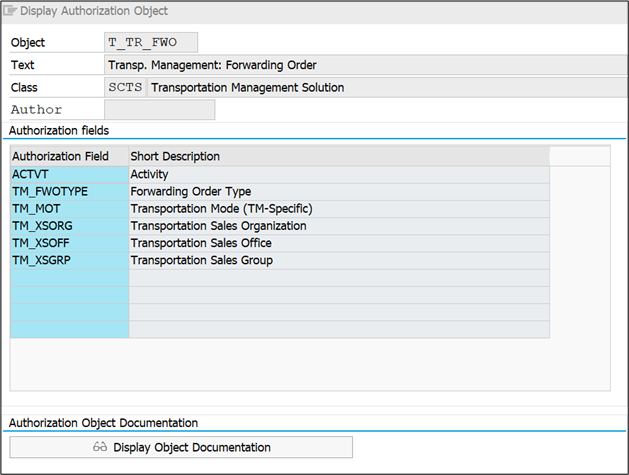 On clicking Display Object Documentation at the bottom, you should be able to see all the Authorization Fields along with the kind of Authorizations for the respective Field. To be more precise, In the first Field TM_FWOTYPE, Forwarding Order Type/s can be specified, and in the Field ACTVT the kind of authorizations i.e., 01-Create, 02-Update, 01-Display/read, and so on… is defined. If the Field TM_FWOTYPE is left blank, the user is authorized to work on all the types of Forwarding Order, of course also depending on the entries in the Field ACTVT. 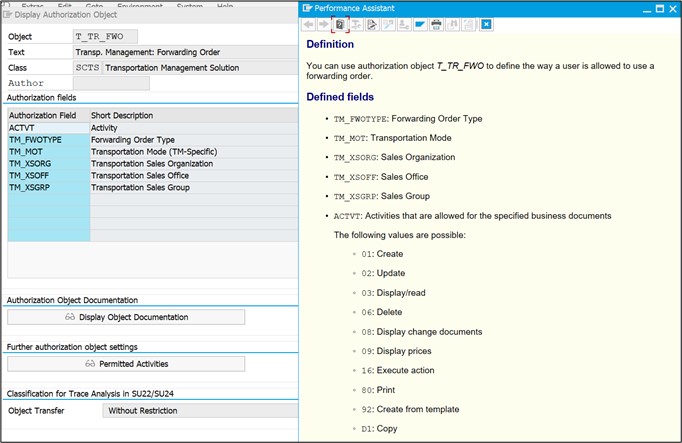 Necessary Authorization Objects for any Tr. Code can be seen in the Tr. Code SU24

For example, for the Transaction BP you can see the Authorization Objects by filtering out the column Default Status “Yes”.

The Role is a combination of Tr. Codes and the related Authorization Objects. To understand it better, let us assume that the user needs access to the following Tr. Codes

Note: Since Tr. Codes and Authorization Objects cannot be assigned directly to a user, they are assigned to the user through a Role.

Going forward, before seeing the procedure to create a Role, let us try to understand what a Profile is.

Profiles are the objects that store the authorization data. There are two types of Profiles. They are

Standard Profiles are provided by SAP and can be assigned to a user directly through SU01, whereas Generated Profiles cannot be assigned to a user directly. Since Standard Profile provides additional access than what is required by the user, it is recommended to create a Role, and assign it to the users which in turn will assign the Profile (Generated) to users. We will see how a Profile is created while creating a Role.

Type the Role Name as per a certain naming convention followed. Click on Single Role to Create the Role.

Fill in the required details in the Description tab and save it. Notice the changes after saving 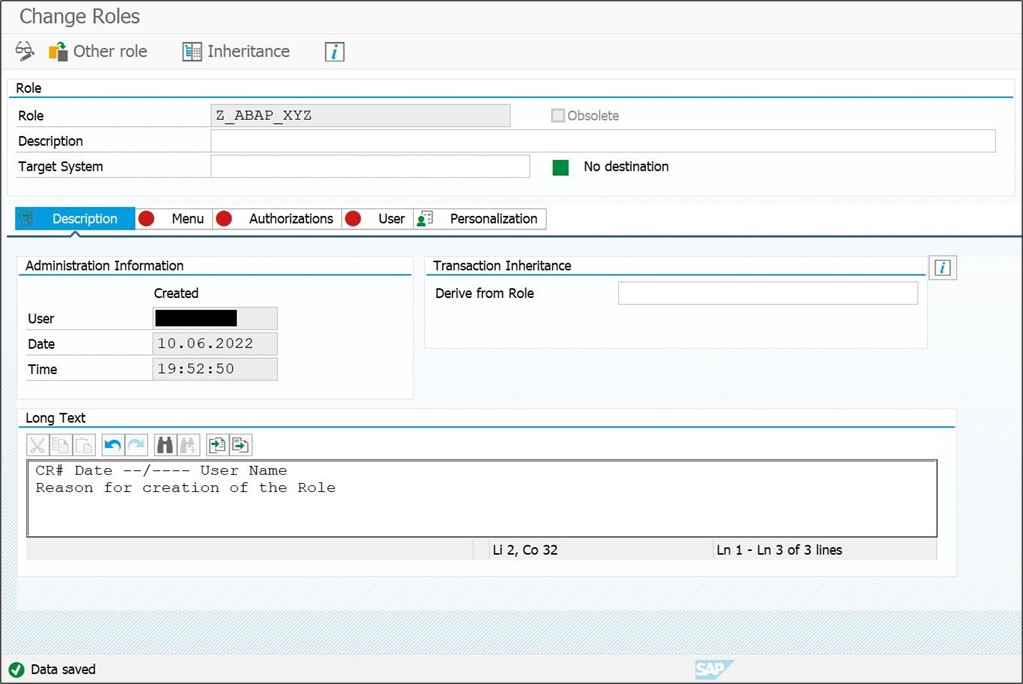 Image 10: Creation of Role (Role Name and Reason for creation of the Role)

You should be seeing the list of Authorization Objects that are related to the Tr. Codes added in the previous step, i.e., under the Menu tab.

Similarly, we can verify for the other Tr. Code/s.

As of now, we have added the Description of the Role, Required Tr. Codes which in turn created the Authorization Objects with respective Authorization Fields and Values. To generate a Profile, you must click on Generate Profile at the top beside the delete button.

Note: Generated Profile name always starts with the alphabet T. After the Profile is generated, go back and notice that the Authorization Tab has changed its color from Red to Green. Also, the Profile Name and Profile Text is updated.

At this stage, this is how it looks like Image 16: Role with the generated Profile

As the Role is interlinked with the Profile, Tr. Codes, and Authorization Objects, whatever we have discussed in the first three steps should start making sense when we saw how to create a Role in step 4.

Other topics like modifying authorizations, Composite Roles, and Derived Role are not covered in this blog and I will try to cover the same in future blogs.