We are very excited to publish the latest release of the SAP BTP SDK for iOS, which includes many new exciting features in the areas of security and Fiori.

You can download the SDK and its Assistant from the Software Center or the downloads section on develeopers.sap.com.

QR Codes can now be digitally signed in SAP Mobile Services so that the SAP BTP SDK for iOS verifies the signature before proceeding with the onboarding process. SAPFoundation.DigitalSignatureVerifier is a new class which can be used to verify any kind of signed data.

In our previous release 7.0 we announced the first steps in implementing SAP’s new mobile experience which included the new Horizon visual theme and also some revamped Fiori UI controls. See this blog for more details.

Some of the new UI components delivered in this release are

The List Card gives a preview of a set of items or objects in a vertical list format.

The object header provides a quick view of the most important or most frequently used information about one instance of an object. The new enhancements on Object Cell provide additional flexibility to fit more use cases.These include (but are not limited to) updates to the layouts, spacing, avatar & thumbnail sizing, and supporting informational elements. 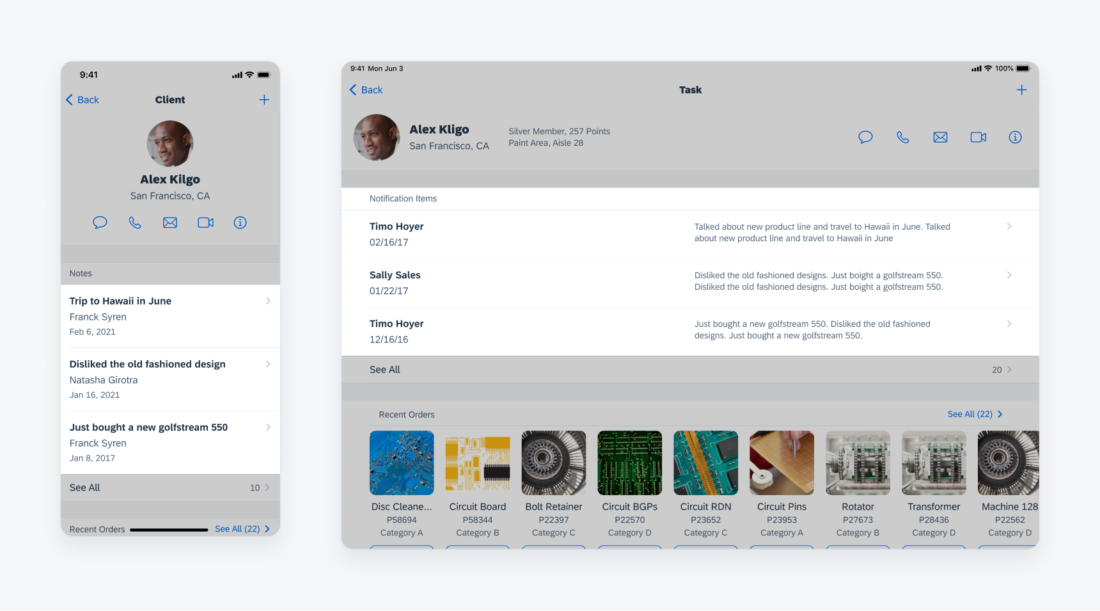 I would encourage you to check the new content out and give these great feature improvements and changes a try.

With that, Happy Coding!

great, any plan to support the new Swift concurrency Async/Await in your proxy classes generation and API?

that will be a welcome addition

thanks for your feedback! Our plan is to introduce async capabilities in SAPFoundation.SAPURLSession first and from there further adopt Modern Swift Concurrency in the SAP BTP SDK for iOS. I can't give you a timeline due to legal concerns.