Shipment Data Transfer from ECC to TM Without Middleware

There are multiple ways to send data from one SAP system to another for several scenarios. IDocs and webservices can fulfil most of your integration requirements. However, there maybe times when your project requires you to achieve something that is not standard SAP behaviour. And when SAP does not provide such functionalities, you must figure out a workaround.

One of those scenarios is Shipment Transfer from ECC system to TM system without a middleware.
SAP does not allow point-to-point connection for data transfer from Shipment in ECC to Freight Order in TM system. It mandates the use of PI system as a middleware. This means that once you have triggered Shipment creation from a Freight Order in TM, you do not have the confirmation from  ERP system if PI system is not involved. Furthermore, any change of Shipment Status is also not sent back to TM system. Hence, the Freight Order Status remains unchanged.

In this blogpost, I have shared the solution to send shipment data from ECC system to TM system. The data includes both confirmation details as well as status change details. We will be building an RFC that will be called by the ECC system and will update the corresponding Freight Order in TM system. If required, similar solution can be used for numerous Freight Order fields with the right bit of BOPF coding.

Attached below are the screenshots of the Freight Order fields I will update based on Shipment Data
in ECC. 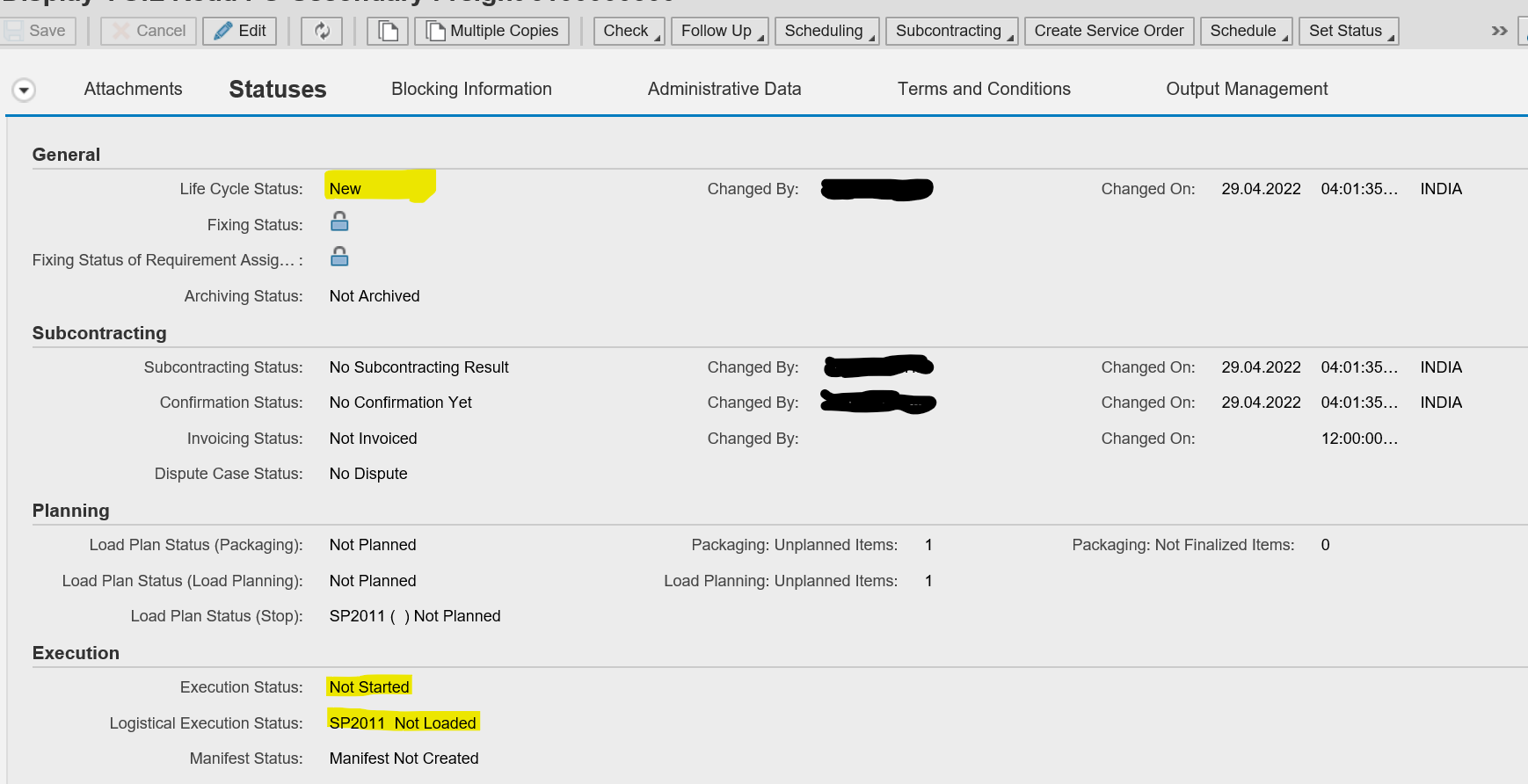 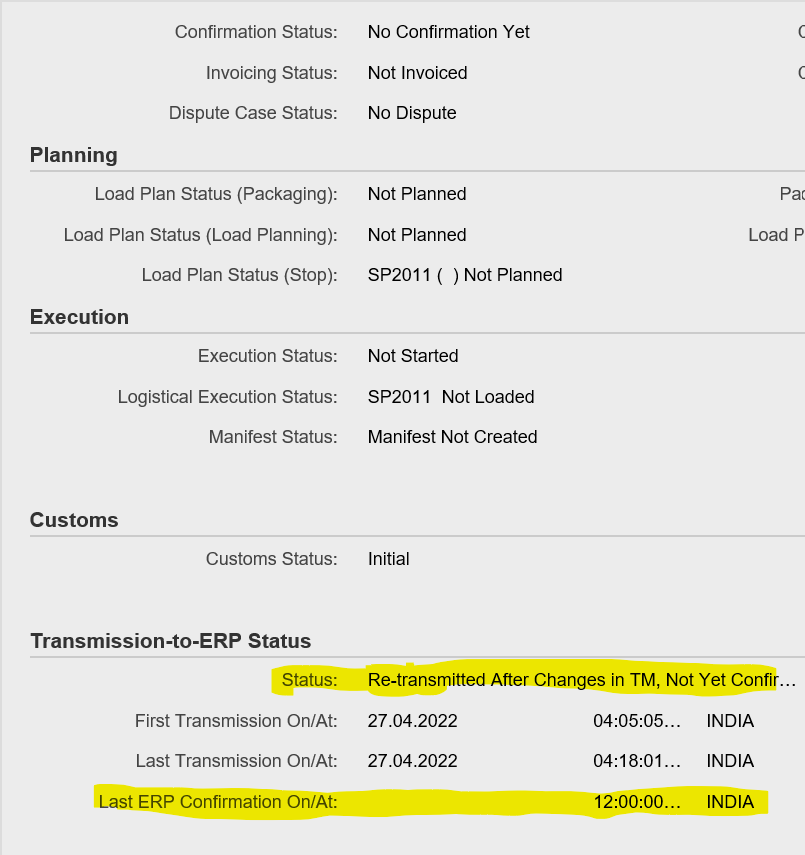 The fields to be updated are:

First, we will build the RFC (Remote Function Call) which will be called from ECC. The RFC will be developed in TM system and will be called when the Shipment is created, updated, or deleted. Identify the nodes in which the above fields are present.

The Logistical Execution Status field is present under STOP Node and the action to change its status to ‘Loaded’ is SET_HANDLING_EXECUTION.

The above Actions are executed using the method DO_ACTION of interface /BOBF/IF_TRA_SERVICE_MANAGER.

Let us come to RFC now and see the logic that has been implemented.

Once the RFC has been created in TM system, the next course of action is to call the RFC from the ECC system. There are two ways to call this RFC.

One way is to create a custom ABAP program in ECC that will call the RFC. The ABAP program will then be assigned to an Output Type that will get triggered for create/update/delete of shipment.

Another way is to identify a BADI that will get triggered after saving of shipment and then call the RFC from the BADI.

We will proceed with the second option here. You can choose whichever option is suitable for you. The BADI interface is IF_EX_BADI_LE_SHIPMENT. There are three methods in it – AT_SAVE, IN_UPDATE, BEFORE_UPDATE.

We will add our logic to the IN_UPDATE Method. Implement the BADI and create an implementing class and add the below logic. 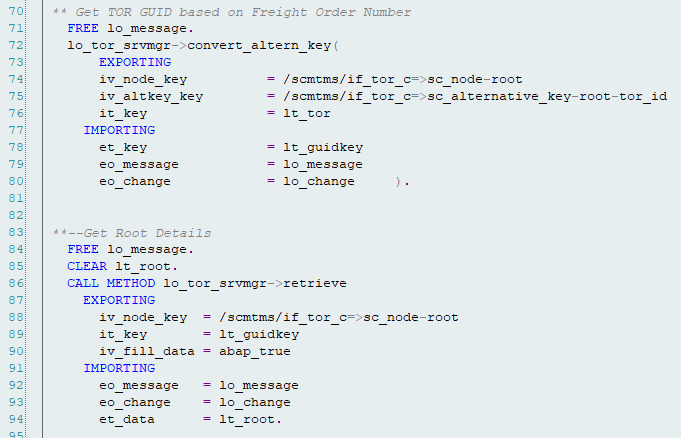 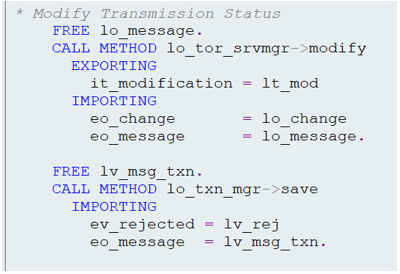 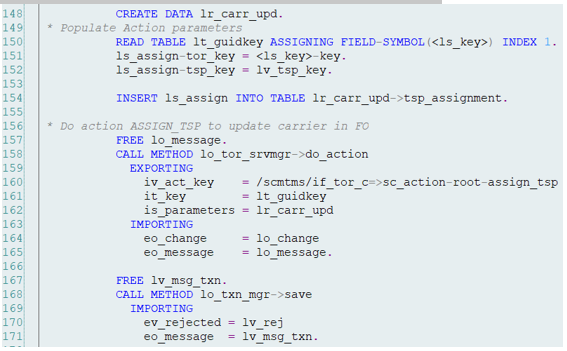 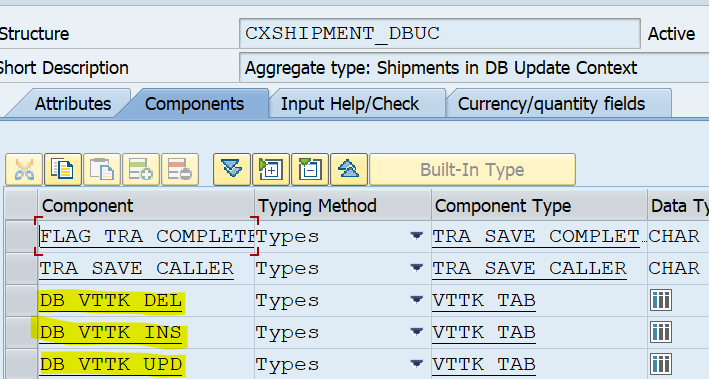 Thanks. It means a lot.