The IS-Utilities Brazilian Localization was developed focusing on legal requirements and changes. In 2020, an entire technical team have been allocated by SAP to work on this product, focusing not only to the legal changes, but also enhancing features from SAP S/4HANA Utilities core solution to attend the Brazilian market.

In the following blogpost, you will be able to understand all the developments done for the Phase 1, already delivered on SAP S/4HANA OP2021 SP0:

Regulatory entities, taxes, and audit agencies or even the utilities companies can request recalculations to determine differences to be charged or credited to customer or tax entities. Billing Simulator functionality can be used to bill or tax the utility-customer with different master data, retrieving differences in the item level of print documents. To do so, the functionality performs recalculations, also involving mass simulations.

The standard SAP for Utilities core provides a simulation workbench, but this functionality only works at the billing master data and billing lines level. Brazilian customers opt to compare invoice lines, which is a feature that the standard does not cover.

To determine differences, it is possible to apply different simulation scenarios for a given billing period, already billed. For example, the customer can post these differences in future regulated invoices in supply, demand, and tax values. It also helps the energy utility customer to comply with Official Letter No. 258-2011-SRC-ANEEL and the requirements of Article 221 of REN. 414/2010.

Sequencing changes occur during the SAP for Utilities core processes by removing devices from the desired order, in a meter reading unit. This functionality allows customers to create and apply algorithms to identify non-sequenced devices and reorder them into the sequence.

The development is based on configurations done in SPRO transaction together with new apps to perform the reordering both manually and via the mentioned algorithms. Also, there is a map integration, to help the meter reader understand where the devices are located. 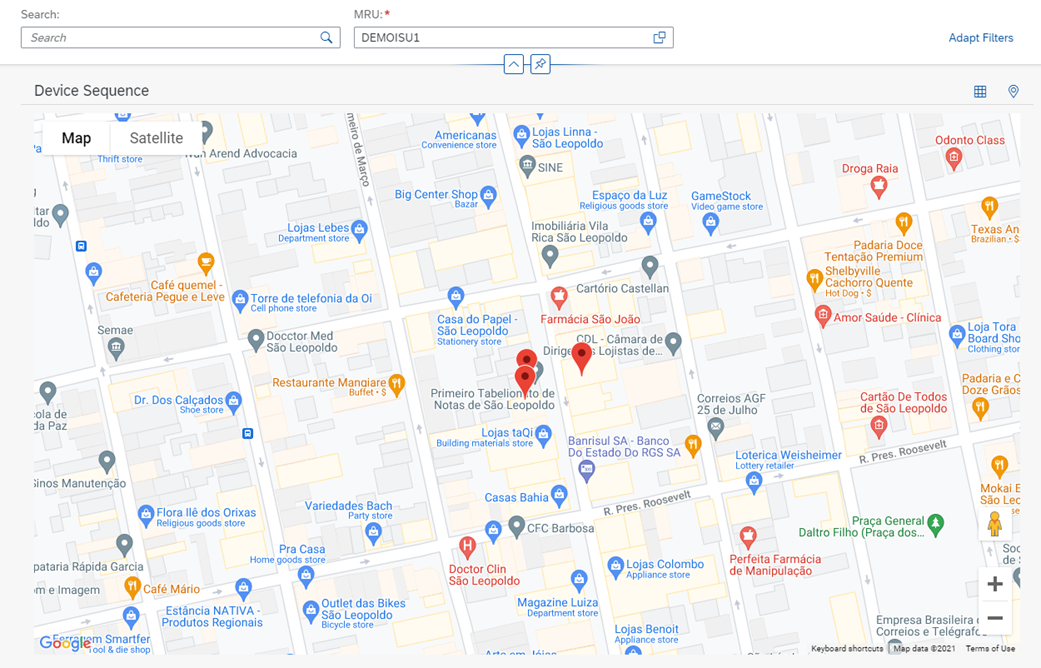 This functionality allows the legal addressing, when dealing with reading differences, caused both by fraud and defects. Considering information retrieved by the inspections, it is possible to indicate the period that fraud/defect has happened. After that, calculations for the consumption differences can be done with this indicator, based on regulated difference calculations.

IS-Utilities Brazilian Localization team also delivered, in the same cockpit, the possibility to simulate billing and invoice documents to help the data comparative under different calculation versions, generation of the official documents and their reversals. 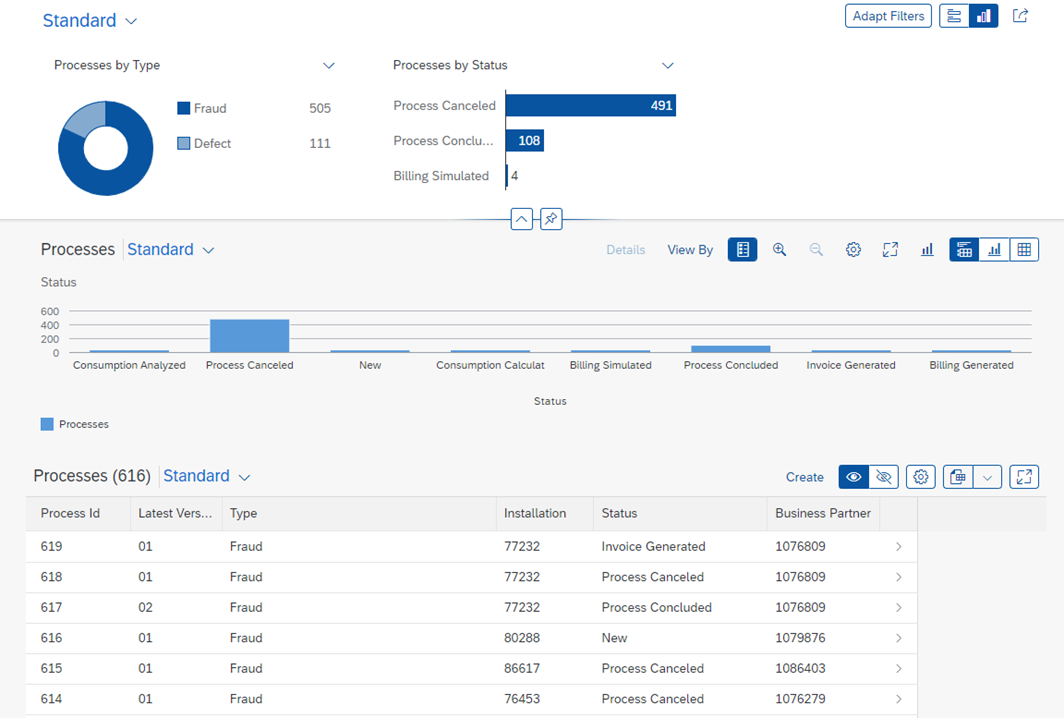 This development happened in two phases, the first one delivered in this release SAP S/4HANA OP2021 SP0, and the second release to be delivered, including the feasibility to equipment’s change and multiple registers. 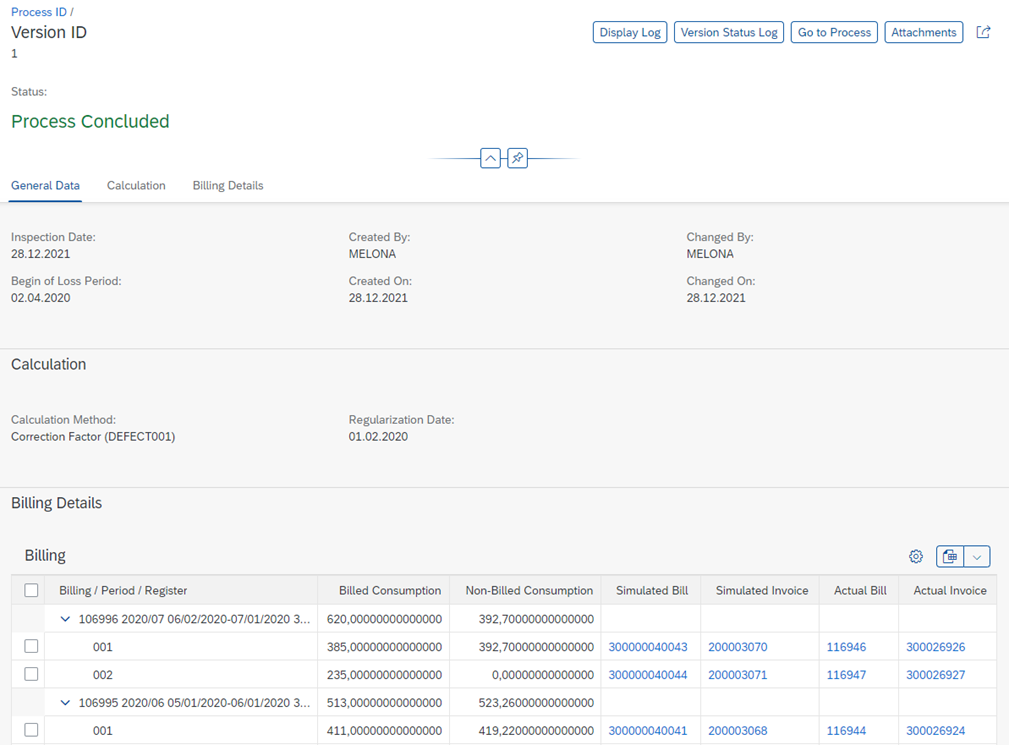 Occasionally, orders are not delivered to the target system, and it is not possible for the customer to determine the root cause. This can occur in the standard selection, or in the interface with the external system. This can also occur because of data loss during communication, and so on.

The IS-Utilities Brazilian Localization team has developed a structure to track the download and upload requests, so that the information returns with date and time.

The first version of brazilian micro generation solution was released in 2014 and has since been modified due to revisions in legislation. The solution focuses on billing and processing energy data generated by consumers.

After 2020, for SAP S/4HANA, some new improvements were delivered to this process:

New cockpit developed with the information on master data of active, generated and cleared contracts and credits 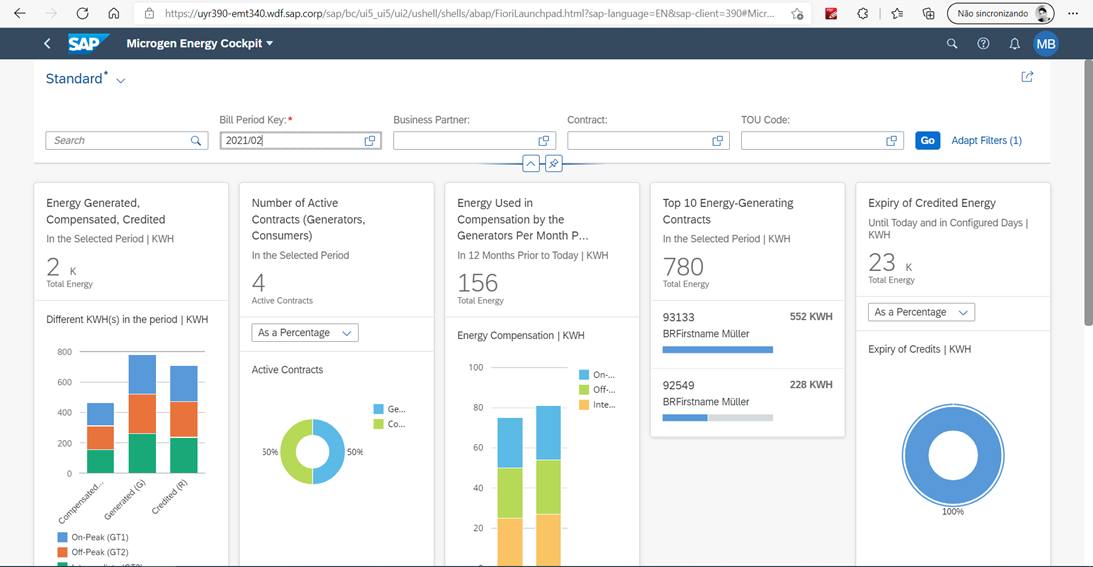 NF3-e is similar to NF-e, CT-e, MDF-e and many other electronic documents in Brazil. The government is extending the usage of electronic format to other models/segments and now the sector of electrical energy is being demanded to use the XML format for their notas fiscais replacing the paper model 6.

The notas fiscais for energy are being called “NF3-e” meaning there are three letters “E” – Electronic Nota Fiscal for Electrical Energy. It will be called the model 66.

The same model from known NF-e was used: an XML to be send for tax authorities’ web services in order to get the relevant authorization.

The usage of electronic documents assures for all stakeholders better security, agility and control.

The solution for this requirement was to integrate the IS-Utilities Brazilian Localization with SAP eDocument Framework and SAP Document and Reporting Compliance outbound Brazil. This means:

By default, actions that are delivered to allow automatic triggers that enable:

All of these, validating if a subsequent action could be performed and reprocessed, considering cases when the meter reading is associated to an invoice generated in the field (on-site billing).

Third-party companies send a file to the utility company with a list of the customers, amount, and due date to be billed. This functionality allows customers to schedule background jobs to run a process for each third party.

The utility company enters the information in its account receivables and then invoices the amount in the next billing cycle. Document status is sent back to the third-party company (waiting, invoiced, not invoiced, paid, and so on).

Once the customer pays the invoice (or in some cases even if unpaid), the utility company proceeds to the revenue distribution process and creates a payment document for the third-party company. 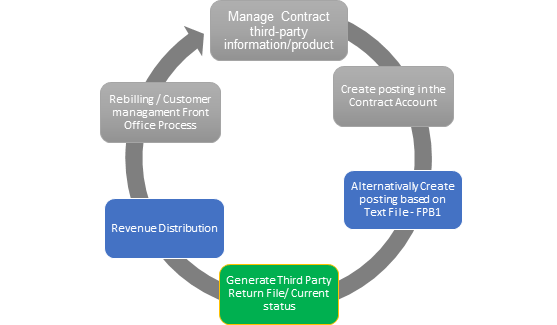 In the case you have any questions, or in need of more information, please do not hesitate to leave your comment.