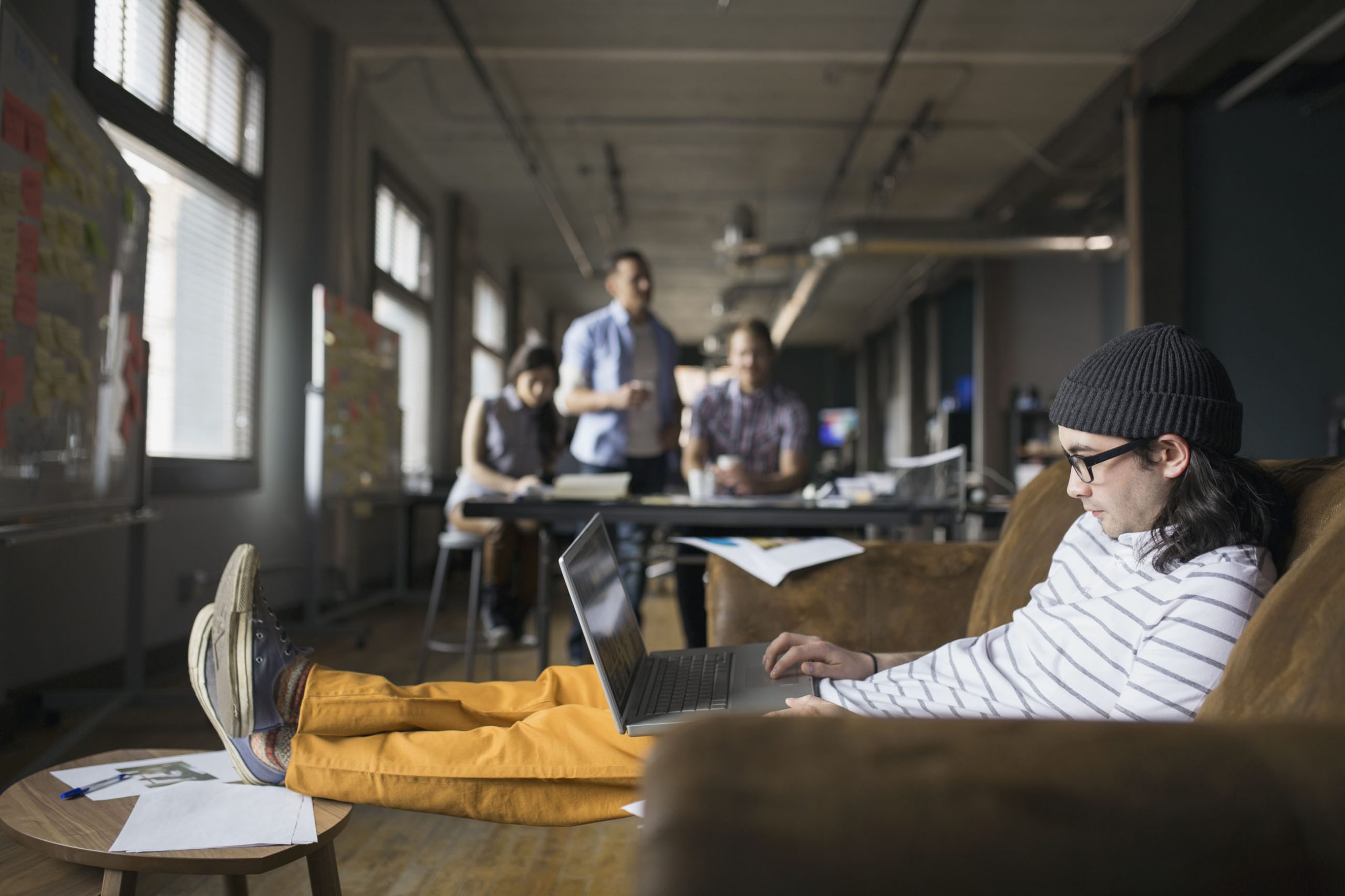 We’re glad to announce the general availability in Q1-2022 of the SAP Group Reporting Data Collection (GRDC) ad hoc items feature that enables you, as form designers, to create forms-specific master data during form design. If you’re using the cloud version of SAP S/4HANA for group reporting, you can leverage this new feature now; if you’re on premise you’ll be able to use it in Q4-2022.

In this blog, you’ll find insight on:

By using ad hoc items, you can now use SAP Group Reporting Data Collection (GRDC) to create form-specific master data during the design of a form, and:

Our new ad hoc items help you create data collection forms for business scenarios such as: 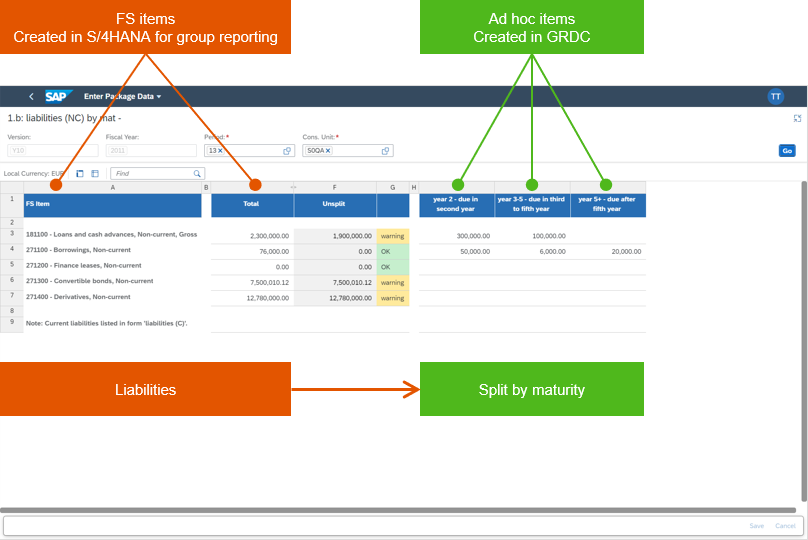 You can use SAP Group Reporting Data Collection (GRDC) ad hoc items as additional dimensions for a financial statement item where you need to collect data values for a consolidation unit or consolidation group in group reporting. The ad hoc items facilitate the naming, collection, and reporting of a set of values that are supplemental to the modeled financial data.

With ad doc items, you can:

In the illustration below, ad hoc items are used in a form to collect data related to budget portions spent with local suppliers, as per Global Reporting Initiative (GRI) standards.

The illustrative form above is designed as follows:

Ad hoc items behave much like other dimensions of SAP S/4HANA for group reporting:

You can create your ad hoc items in the “Define Ad Hoc Items” app of SAP Group Reporting Data Collection (GRDC), as depicted below. 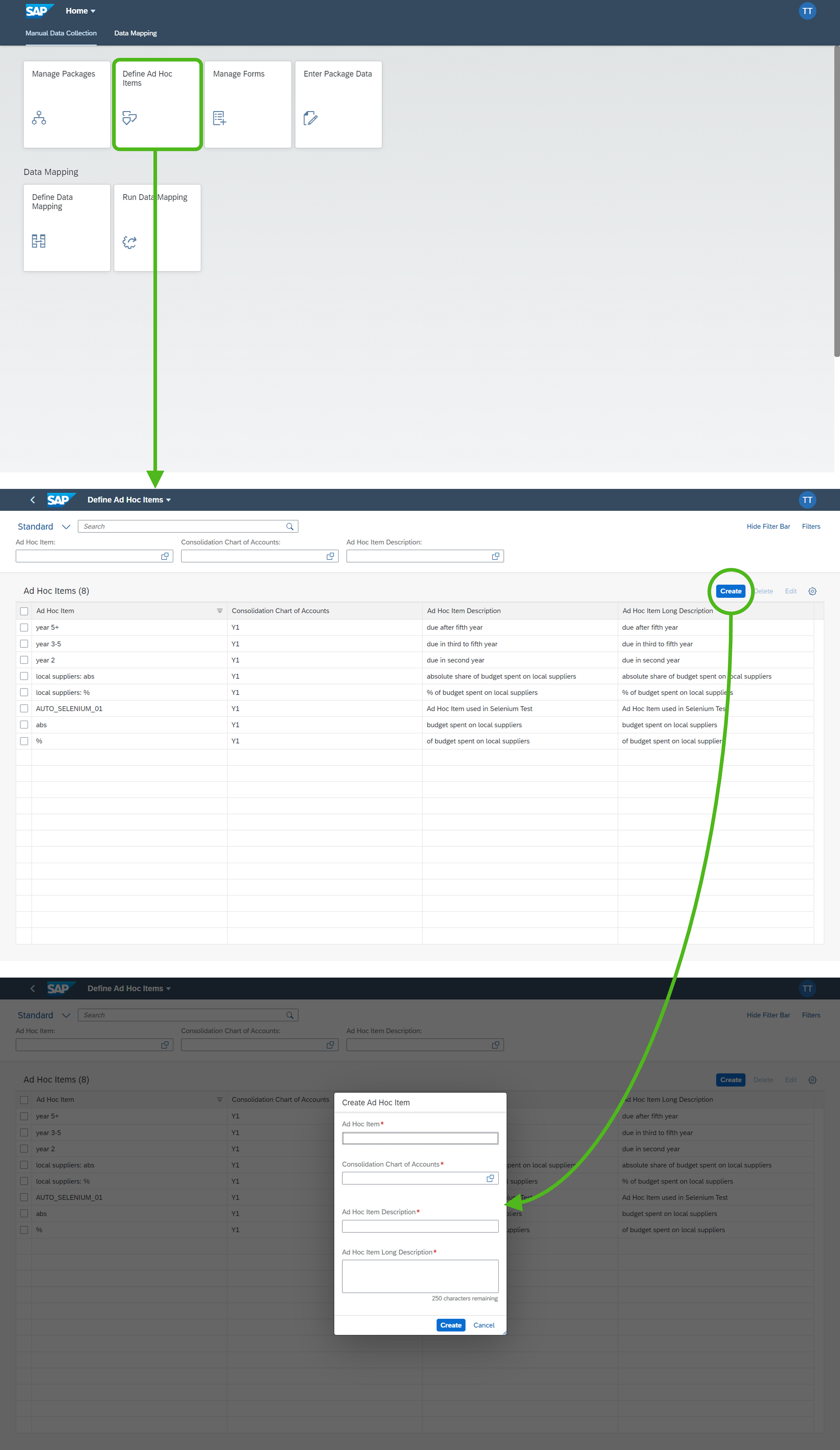 Once your ad hoc items are created, you can use them in a form definition in the “Manage Forms” app. Ad hoc items work like any other dimension – including their combination. The selected financial statement item (FS item) defines attributes like currency translation. In cases where there is no FS item available because you want to collect completely new numbers, a dummy FS item can be used.

Then, in the Form Designer tab, select the ad-hoc items you want to be collected.

You’re all set, and supplemental data is ready to be collected on ad hoc items. 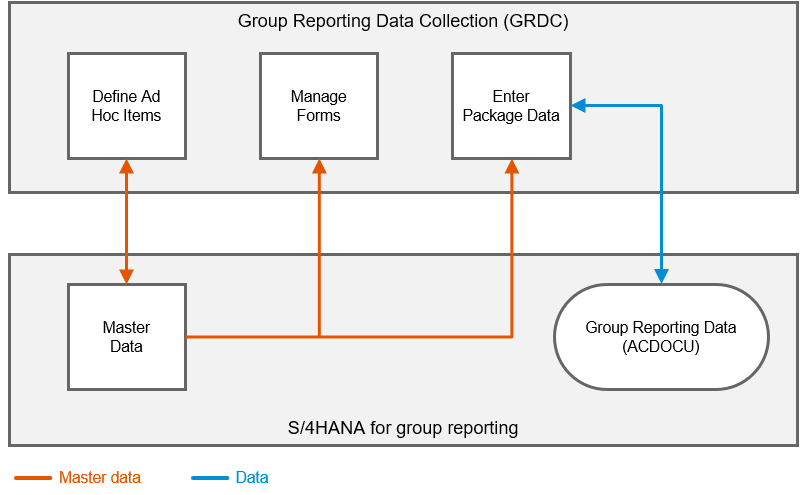 Is this designed to work with all S4 releases, or is there a required version level?

For customers using SAP S/4HANA Cloud for group reporting, this innovation is available since release 2102.

In combination with S/4HANA Finance for group reporting or SAP S/4HANA Cloud, private edition: availability is planned for Q4/2022.

"[Ad hoc items] can be considered in currency translation, intercompany eliminations, breakdown with other dimensions and validation rules"