SAP Cloud Integration version 6.27.**, one of the capabilities of SAP Integration Suite, comes with support of “Settings” in Message Mapping artifact.

SAP Cloud Integration version 6.27.** software update is planned on end of May 2022 or beginning of June 2022 (date subjected to change).

Limitation:  Currently, when there is a message mapping with source as XML Schema and target as OpenAPI Spec JSON, when target JSON schema has basic type as, e.g., Boolean, in runtime if a source value comes-in as false, the target JSON output payload’s value becomes “false”, treating it as a string.

Through this settings feature, this limitation has been fixed.

Below is a screenshot of mapping settings. 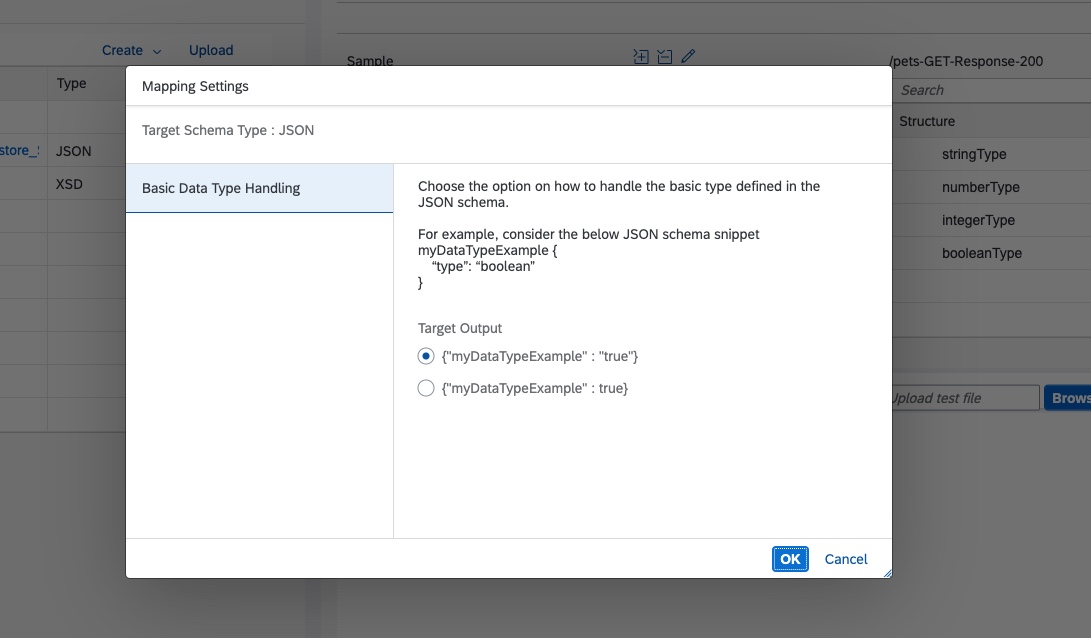 By default, the first radio button is selected, it is just to support the existing mappings which already producing the string content in the target JSON payload, e.g. where users might have might have created a work around with some means to remove quotes from the String value. This settings is not only meant for Boolean, but other JSON basic types, like integer, number, would also be considered

Note: Introduction of this setting’s default selection to first radio button for the OpenAPI spec JSON (in source) to OpenAPI Spec JSON (in target) mappings, will not hamper the currently built mappings. In JSON to JSON mapping, if source has value of false, the same is assigned to target node and if a source value has “false”, again the same is assigned to target. If you wish the target node value should adhere to JSON basic type, then 2nd radio button configuration can be selected.

Click on the simulation start button, which opens up a dialog. Enter/upload the test payload in body section as show in below screenshot

Click on Run Simulation, on the integration flow simulation section

Once simulation completes, select the envelop icon at simulation end point on the sequence connector, which opens up the properties, check the Body section, as shown in sample screenshot below

As we can observe in above image highlighted sections, the values of numberType, booleanType and integerType are enclosed with quotes, making them as string values. It is the default and existing behaviour as mentioned in Limitation section above. 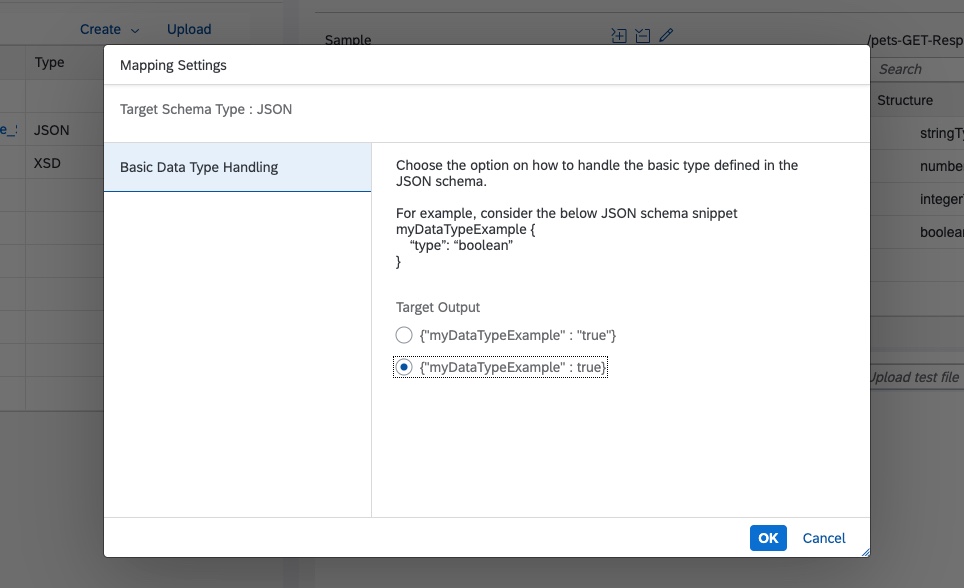 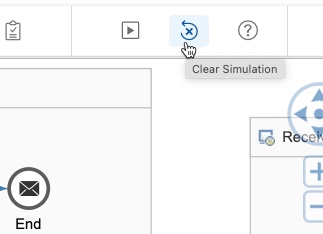 Repeat the steps of adding start and end simulation, and uploading the test payload and run simulation. After simulation completes, check the output as per the screenshot below.

As we can observe in above image highlighted sections, the values of numberType, booleanType and integerType are not with quotes but parsed as per their basic types, which fixes the above mentioned limitation in Limitation section.

As next step, this settings will be extended to handle the behaviour of source value’s having empty and null content at complete mapping level. I will keep this blog updated once we release this next increment.

But we do have this problem while dealing with integers too, they are considered as strings.

Using this, are we dealing only Boolean types?

As I have mentioned in above blog -> "This settings is not only meant for Boolean, but other JSON basic types, like integer, number, would also be considered"

Hi Deepak, I tried doing the same however only boolean values are transformed correctly. the numbers are integer data types are still shown in quotes. Is it only valid for boolean type?

As I have mentioned in above blog -> "This settings is not only meant for Boolean, but other JSON basic types, like integer, number, would also be considered"

If you face the issue of it is not working for integer, share your JSON schema, I will get it crosschecked with my team.