With the increasing popularity of ARM CPUs in mobile and now even desktop devices, it is time to bring SAP GUI for Java to a new CPU platform.

SAP GUI for Java 7.80 natively supports macOS on Apple silicon. It feels significantly more responsive than the Intel version using Rosetta2. The CPU usage and as a result the power or battery consumption is significantly reduced. It also consumes less memory.

As a sample, comparing the Intel version and Apple silicon version from startup, connecting to a system and navigating through a few transactions like se80, va01, migo, mm03 etc., resulted in following numbers on a MacBook Pro with M1 Max:

With this native build for Apple silicon, SAP GUI for Java also is prepared for the day, Apple will remove Rosetta2 from the OS like done before with the compatibility layer for PowerPC after the switch to Intel CPUs.

The Java runtime and OpenJFX framework used in SAP GUI for Java 7.80 are updated to SapMachine 17 and OpenJDK 17. This is the latest LTS release of Java, which replaces OpenJDK 11 and includes the new port of the Java platform to macOS arm64. 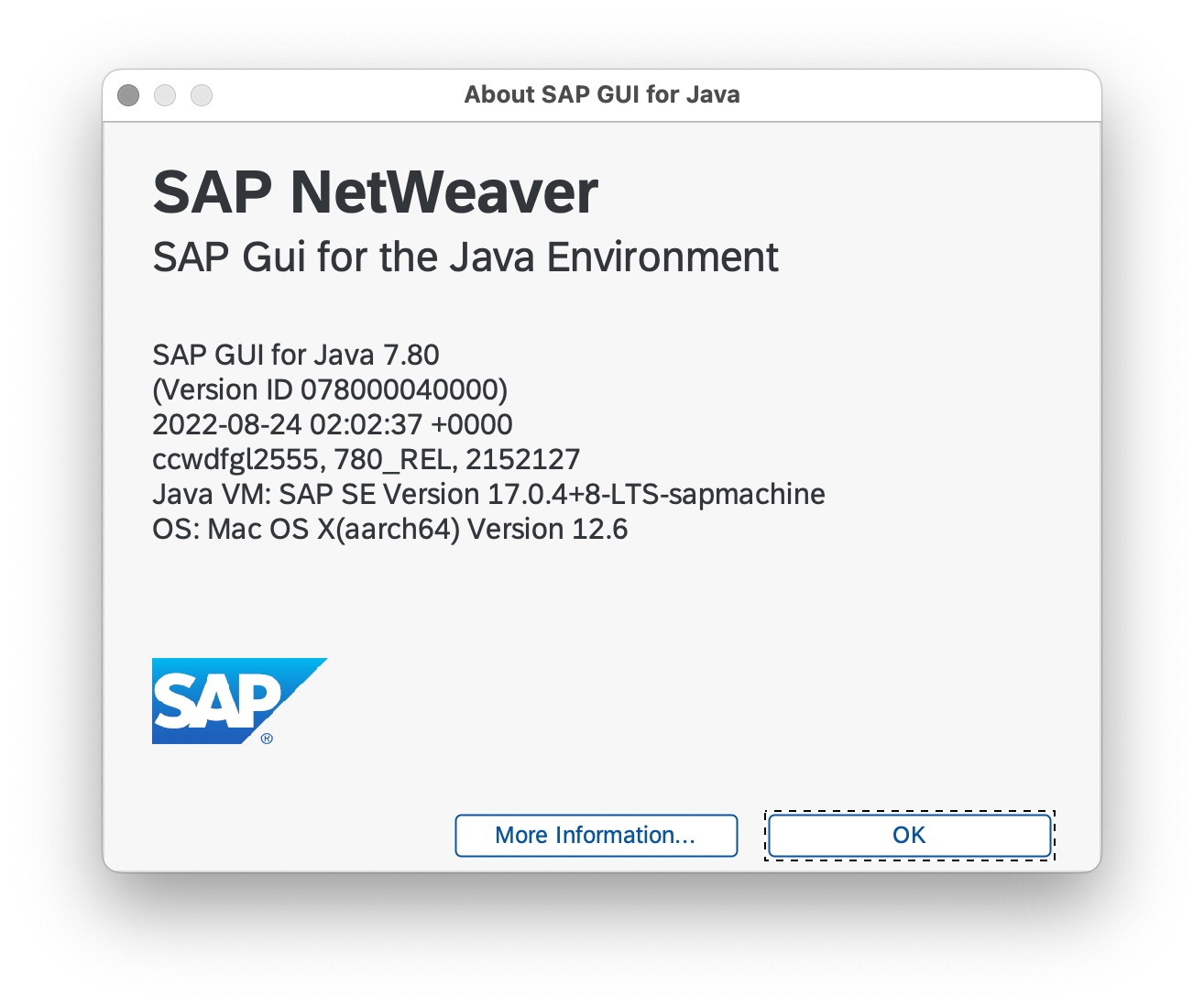 Besides new platforms and runtime versions, there are also some new features. 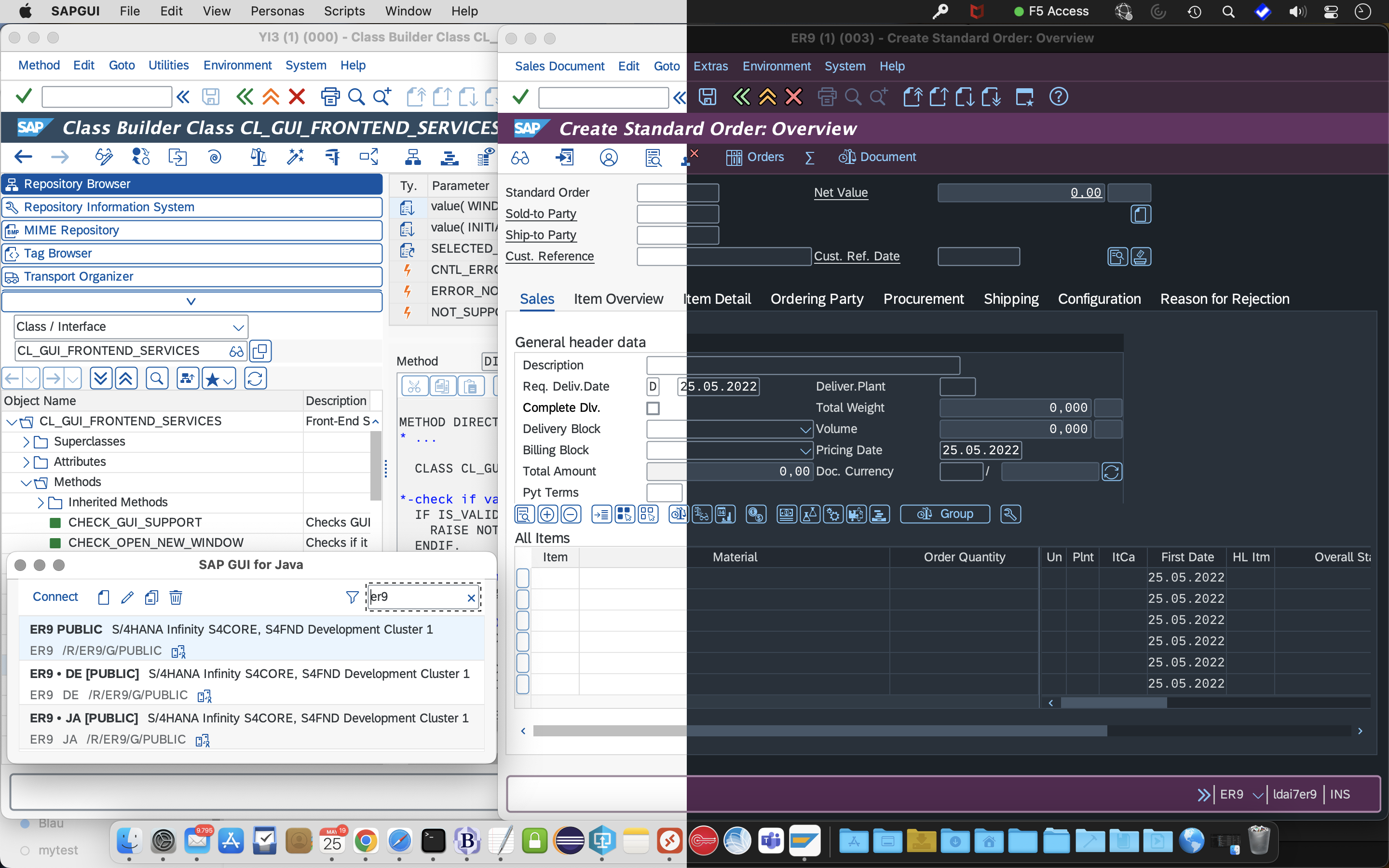 Quartz theme automatically in sync with the macOS appearance

Various details in keyboard navigation have been improved, in particular related to the accessibility mode.

For the newer themes, all code for drawing controls still using bitmap resources has been changed to use drawing algorithms. This improves rendering quality on high DPI screens and is a prerequisite for custom theming in a future release.

As outlined in the other post, there is a beta program for early adopters.

I’d like to know why you guys never bring the new ABAP editor for SAP GUI for Java.

this is great news!

Did you observe any (positive) changes in memory consumption for the ARM-based version?

Will it be available as app for iPad as well?

"I’d like to know why you guys never bring the new ABAP editor for SAP GUI for Java."

Thanks Rolf-Martin Woersinger for the Update. It's nice to have more and more ARM support.

Do you may know are there any near future plans to support also Eclipse / ADT for ARM?

I am not the one who should answer this question. Could you please raise it in the ABAP area of the community? (https://community.sap.com/topics/abap)

Thanks and best regards
Rolf-Martin

SAPGUI 7.80 for Java works fine on MacOS 12, worth the upgrade, many thanks!

The request payload and response payload sections are not displayed on the Gateway Client in the /n/iwfnd/maint_service tcode.

Is this about the version? How can I solve this situation? Hello Onur,
This is not related to the new version. Please raise a separate question or better file a support message on BC-FES-JAV.

Hello Rolf-Martin,
Can you help me how to send a support message on BC-FES-JAV?

Hello Onur,
Please go to https://launchpad.support.sap.com/#incident/create , or if you have no account, ask your IT / admin in your company.