I won’t be able to get to Melbourne to run with Phil and friends, so I’ve done two things:

I’ve pledged to run a route on the same day:

My pledge to run with the SAP Community Melbourne runners

I’ve mapped out a hopefully interesting 5K route around parts of the centre of Manchester, that you’re welcome to join me on. The route is stored on Strava and looks like this:

A screenshot of the route around Manchester

The route starts and ends in Sackville Garden, which is home to the statue of Manchester’s adopted son, the father of computing, Alan Turing. 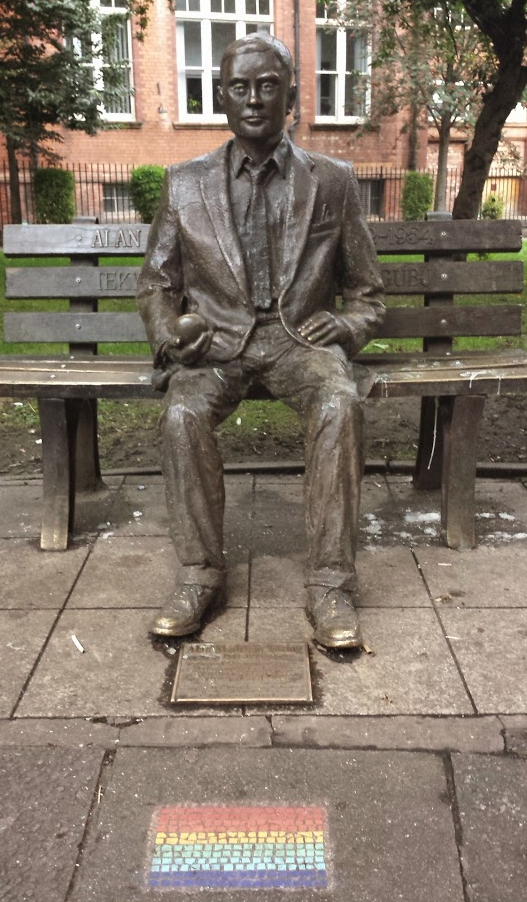 A photo of the statue of Alan Turing in Sackville Garden

Beyond Alan Turing’s statue, here are a few more highlights of what the route entails:

I’ll be at the Alan Turing statue in Sackville Garden at 0730 on the morning of Wed 01 June, and (to give time for anyone to arrive) will be setting off from there on the route at 0740. We’ll go at the pace of the steadiest runner, so don’t worry about being too fast or too slow – we will all stay together.

If you plan on coming along, let me know in the comments to this post, and – see you then!

Awesome DJ Adams thanks very much for supporting this initiative and your track looks amazing. I would be tempted to take a selfie sitting down with Alan Turing! during the run 🙂  Plenty of other highlights along your running track as well. Hope you get plenty of #GlobalRunningDay #SAPCommunity runners join you in Manchester!

Have been to Manchester several times but 25+ years ago but have never come across that Alan Turing monument. Good pointer for my next visit.

I will be running in the 1st DJ

Well, Tim Price and I did it. We met in Sackville Gardens and headed off around Manchester, taking in the sights and having a good chat. What a great initiative, thanks Phil Cooley for kicking thing off!

Here are some pics from the route: 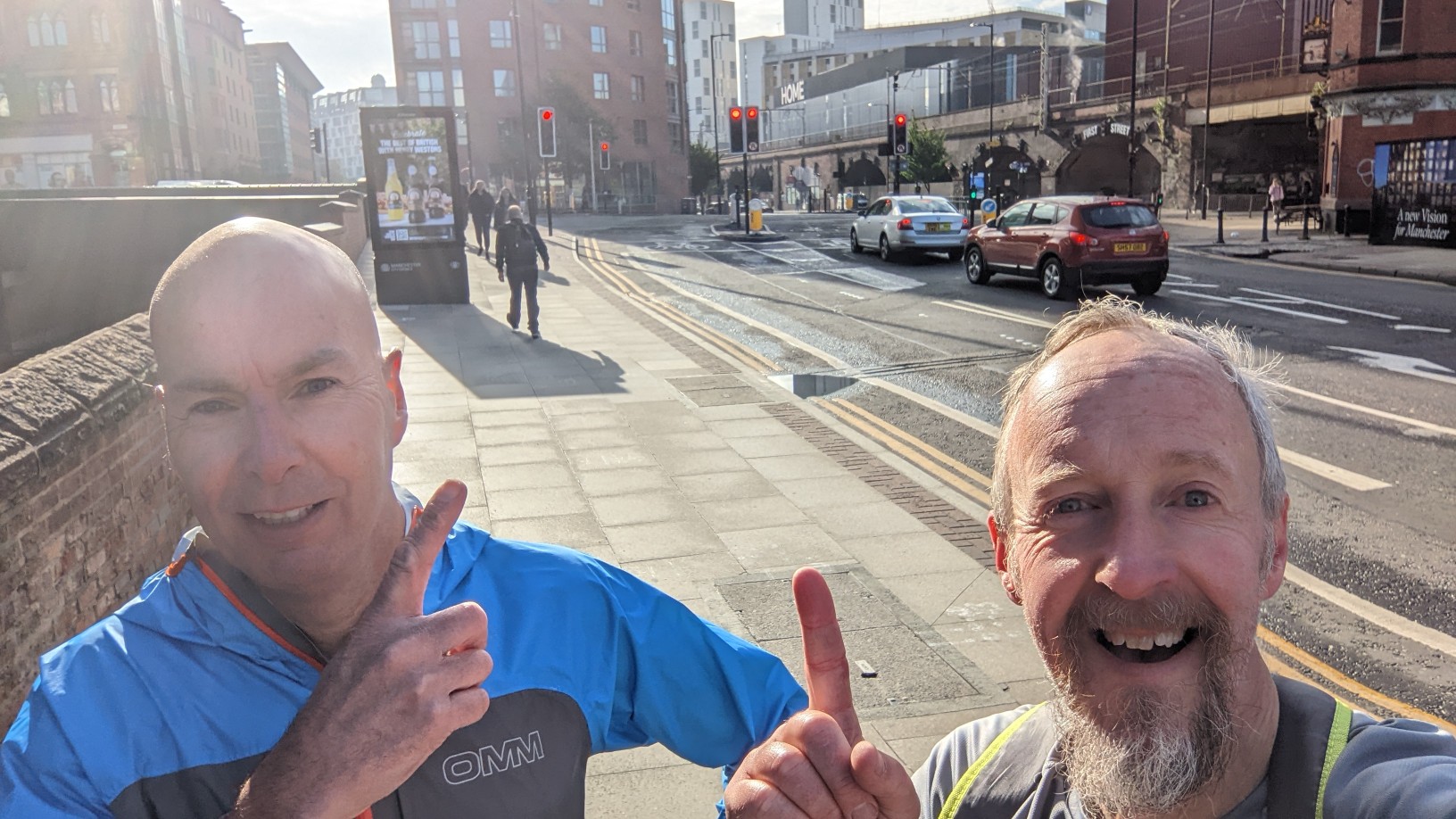 With the site of The Haçienda in the background 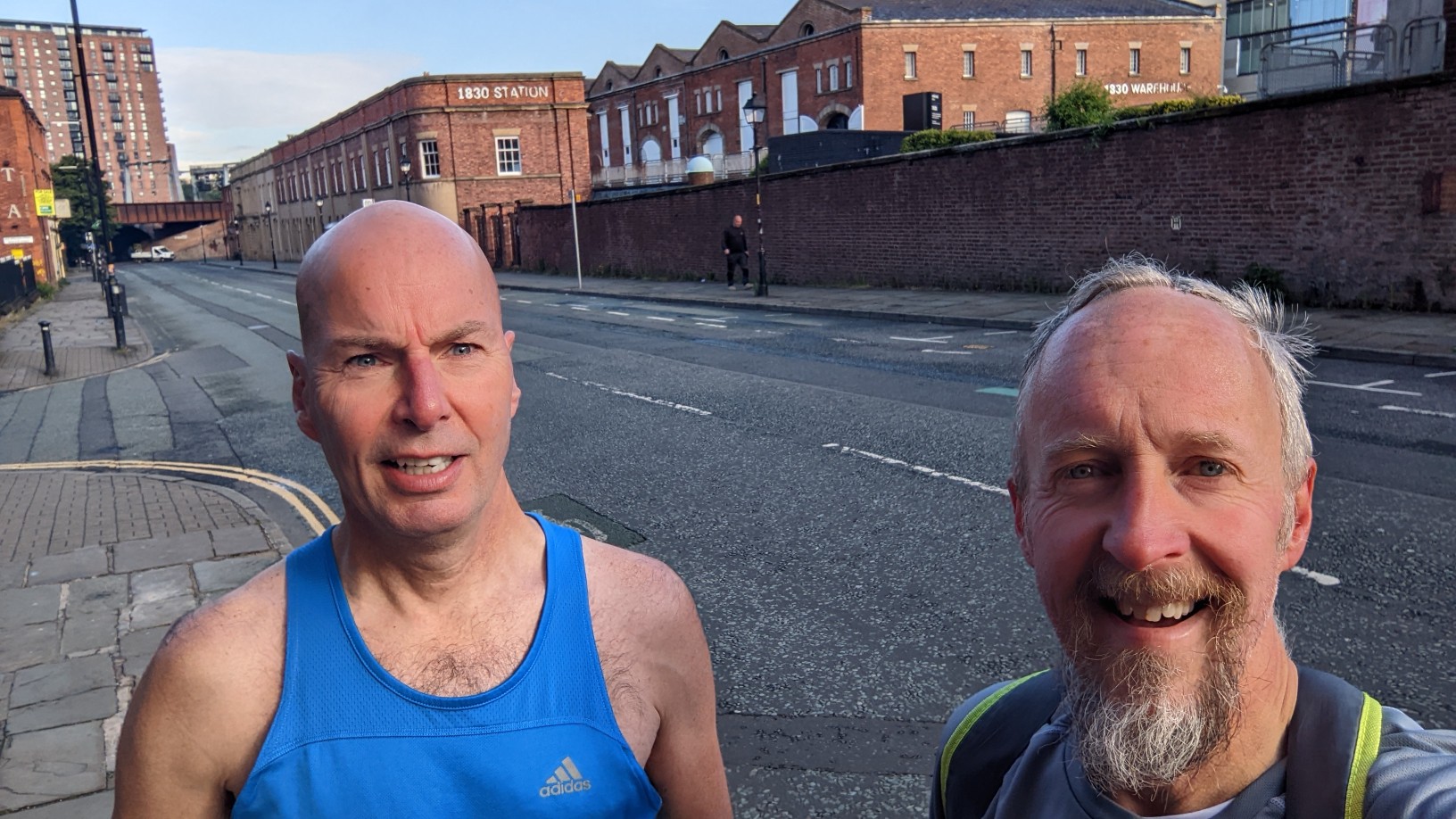 Outside the world's first railway station 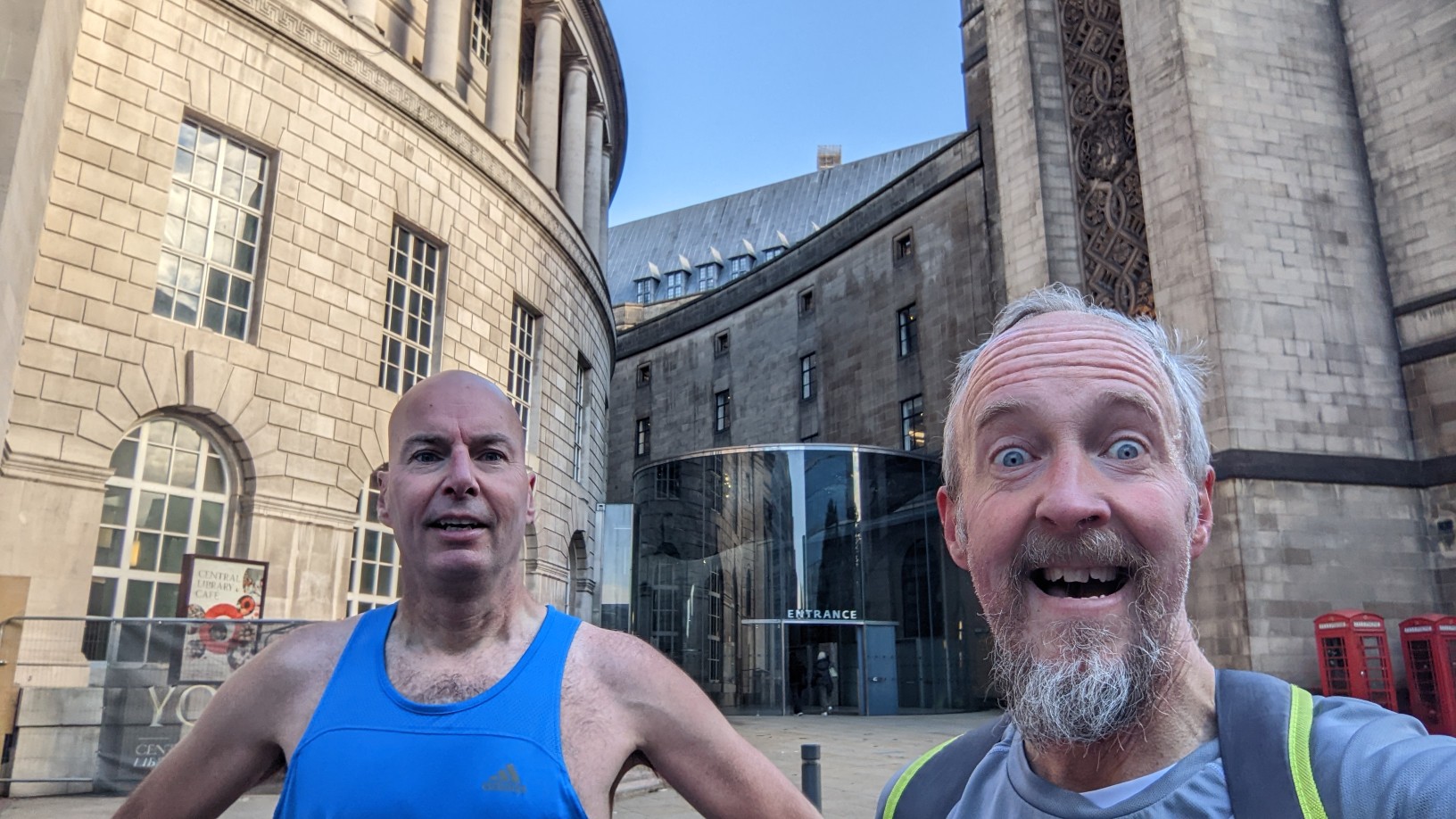 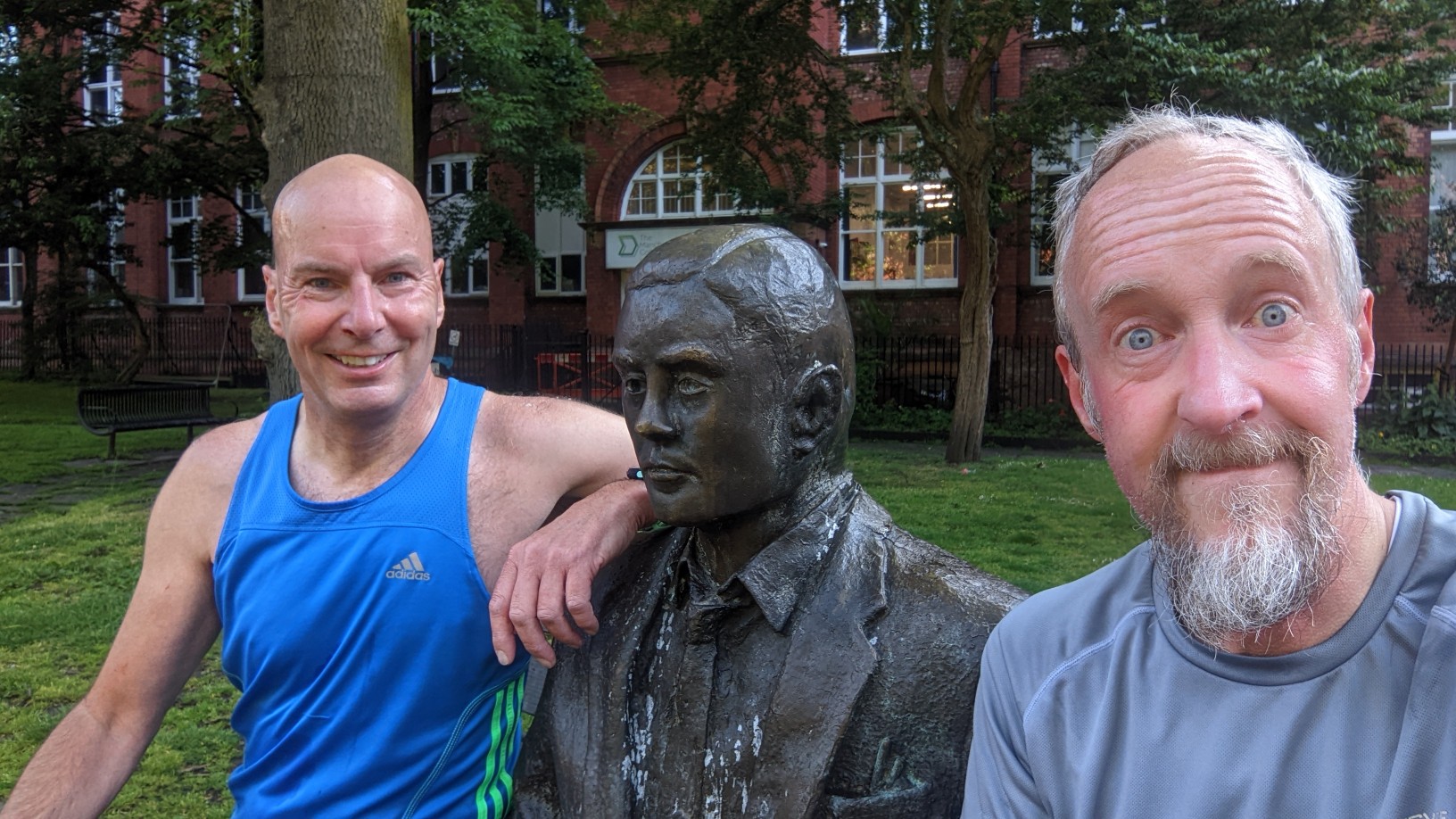 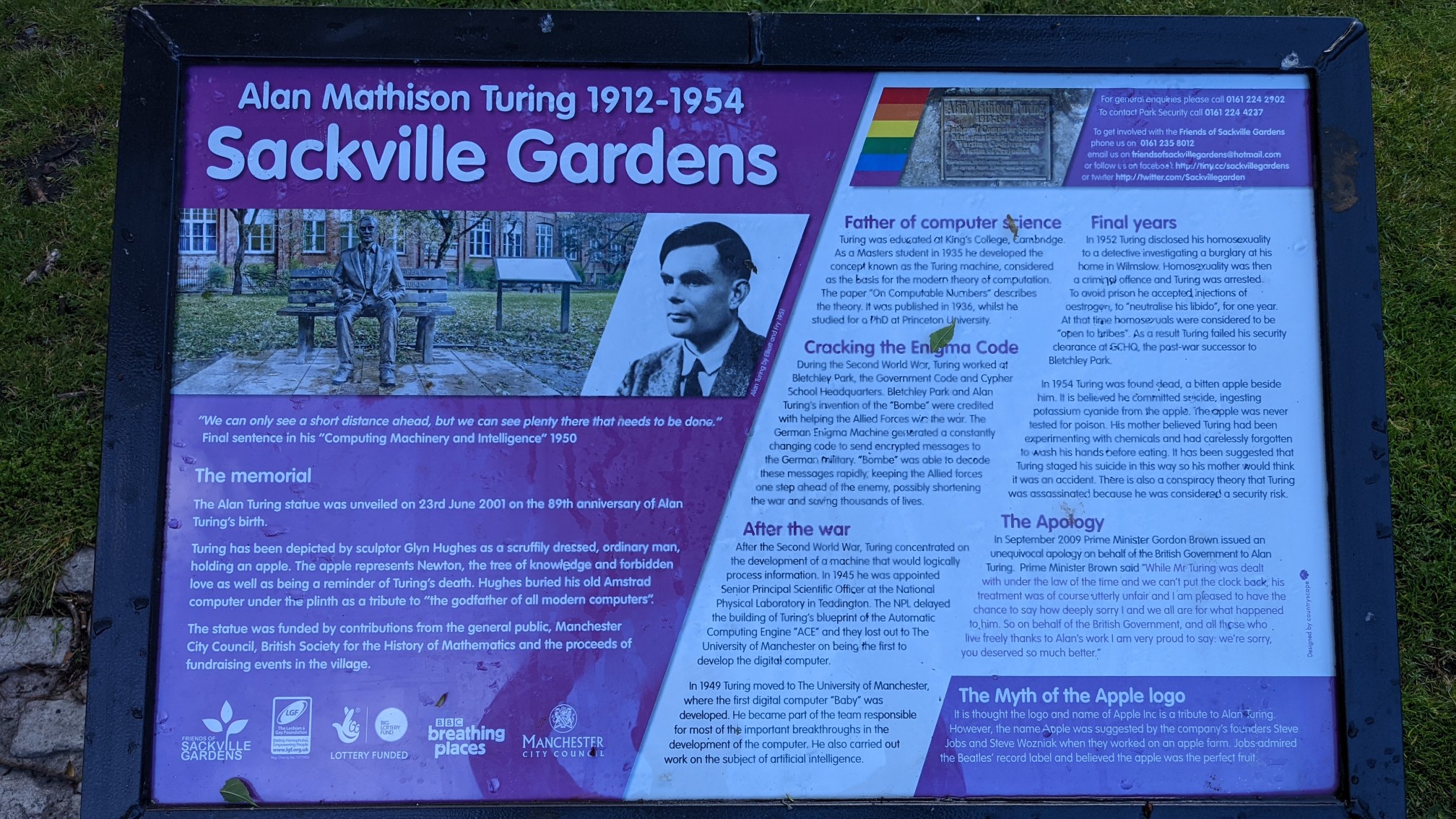 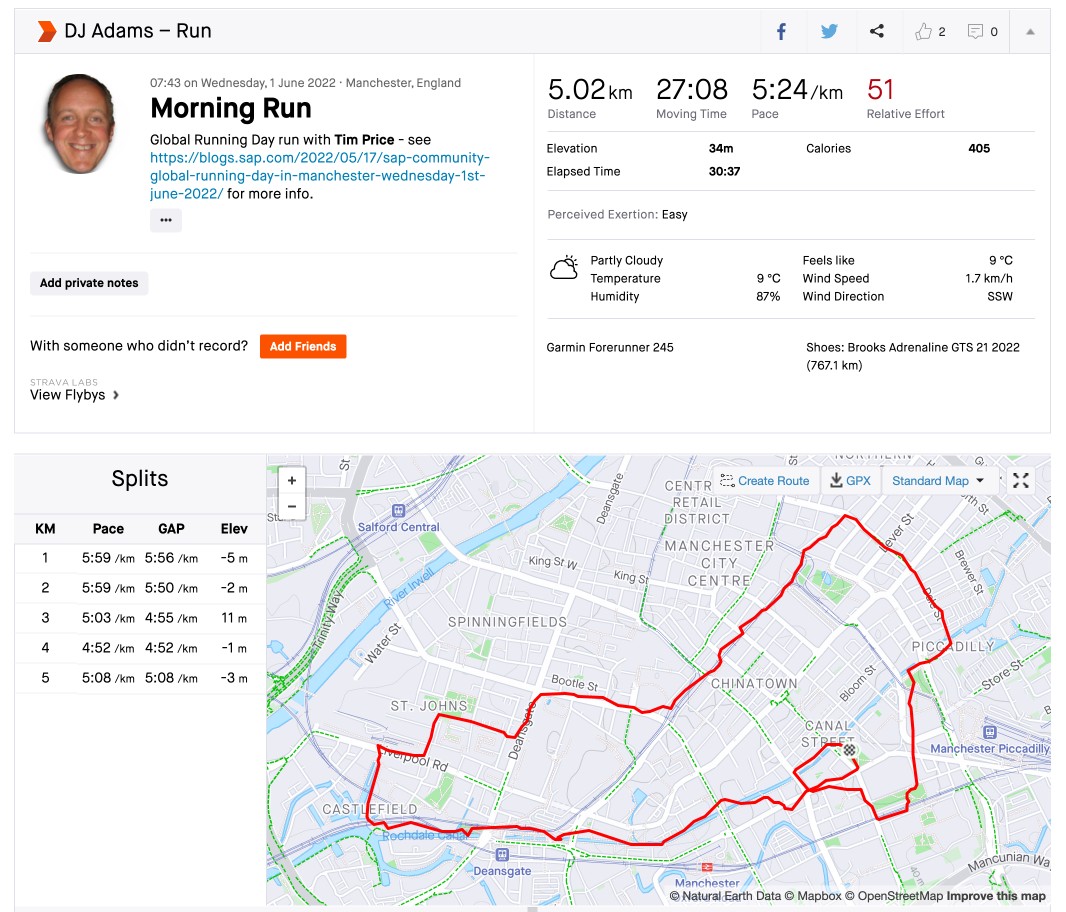 Well done! Looks like you had loads of fun 🙂

Love your work DJ Adams looks like you had heaps of fun!