This blog is demonstrating how we can leverage the power of SAP Data Intelligence around DEVOPS. In this blog we are giving glimpse how to check the ATL CODE of SAP Data Services developed by user following naming standard of an Organization or not

For this blog we have taken an example: According to the Naming Standards of an Organization, Datastore name should start from DST* i.e. DST_SAP, DST_LOOKUP. The same way can also be applied to tables, job names, project names, workflow names. For example staging tables should start from STG_EXT*. We can also check naming standards are being followed or not by directly accessing the metadata tables, but that way has not been considered in this blog because those tables are not accessible to everyone. We can also extract and deploy the SAP Data Services code to call AL_engine from DI pipeline but that is out of scope of this blog.

There are two prerequisites: – 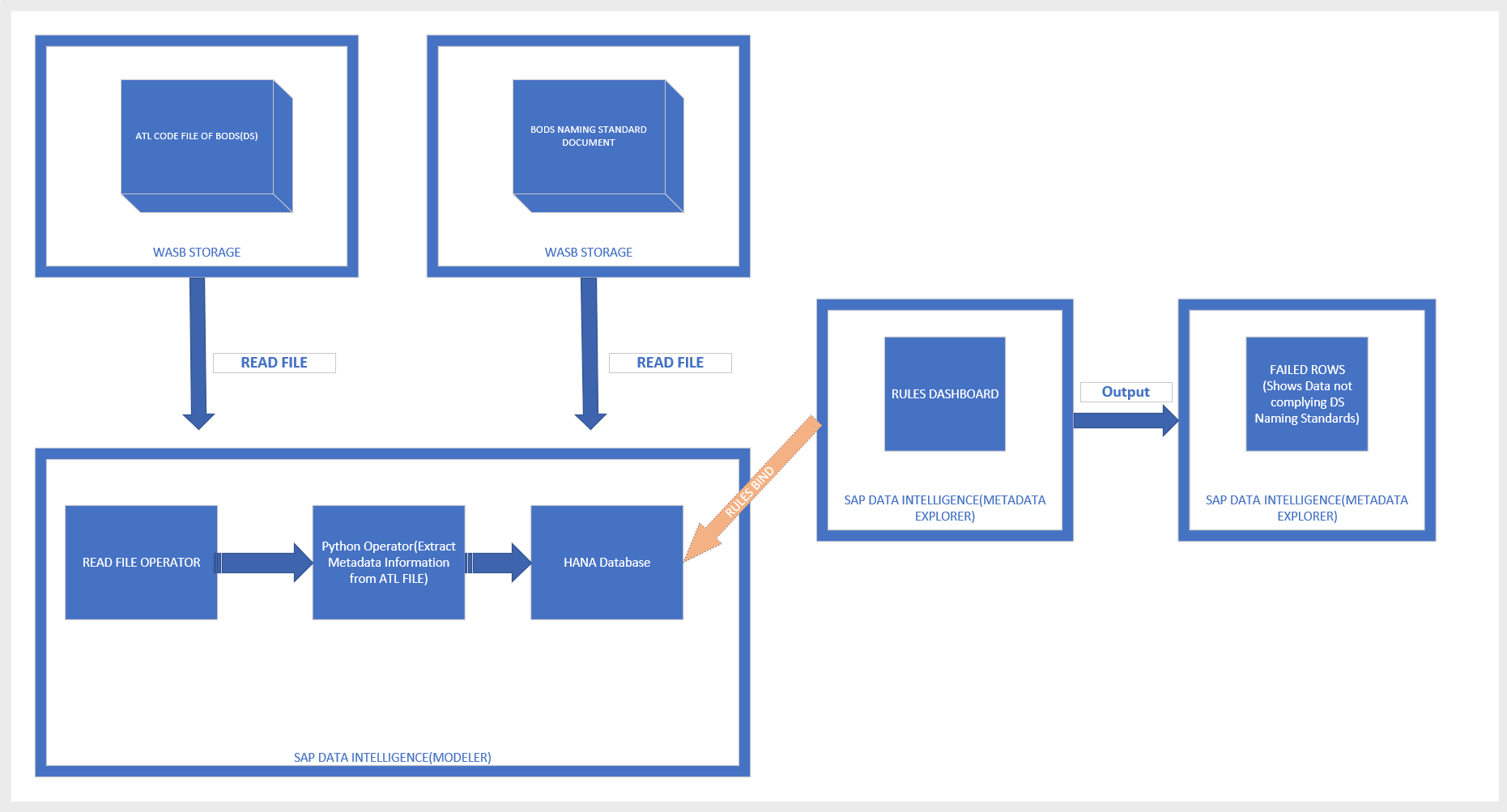 The following configurations we have setup for different operators in the above pipeline: After that we have included two convertors ToBlob and then ToString convertor. 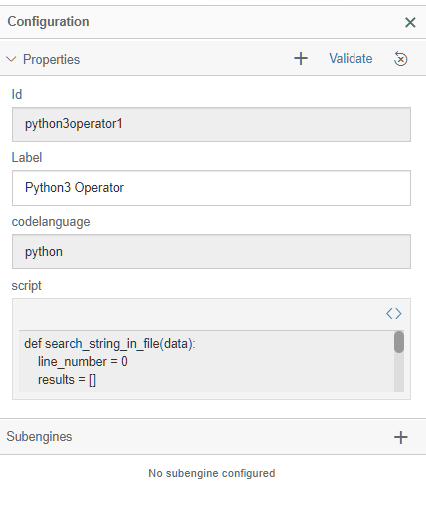 We can enhance further as per our need like input dynamically the string to search.

After python operator we have included ToMessageConverter. 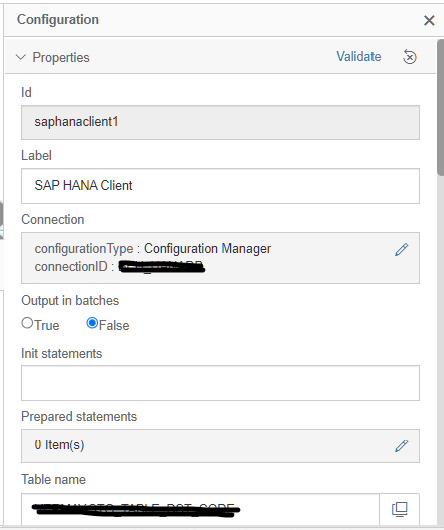 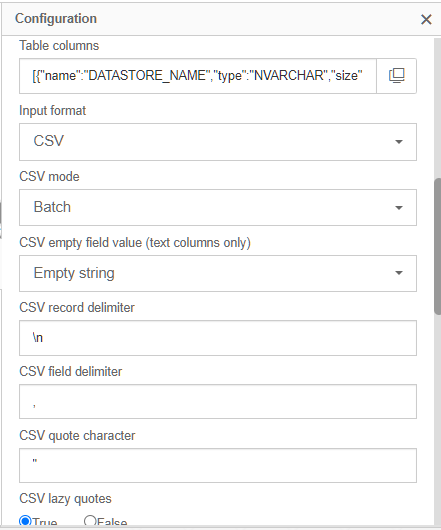 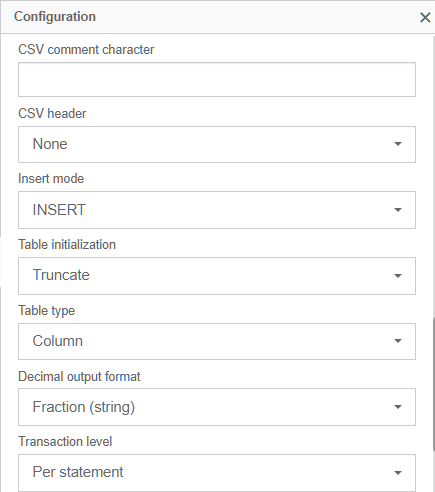 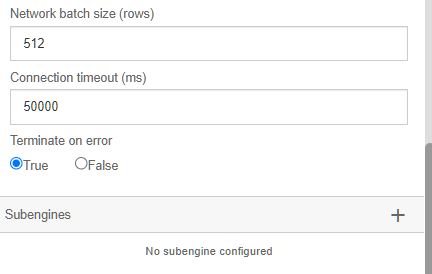 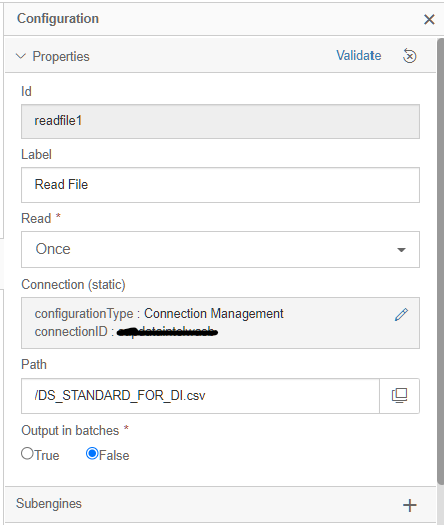 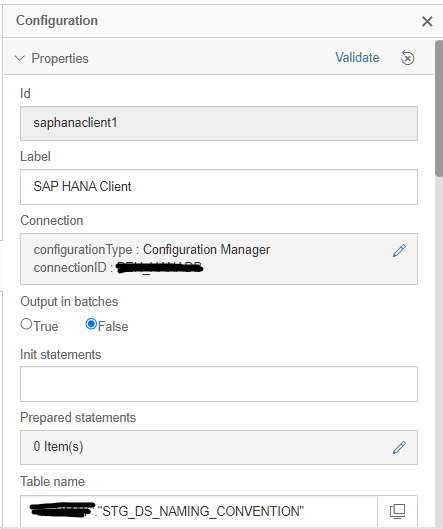 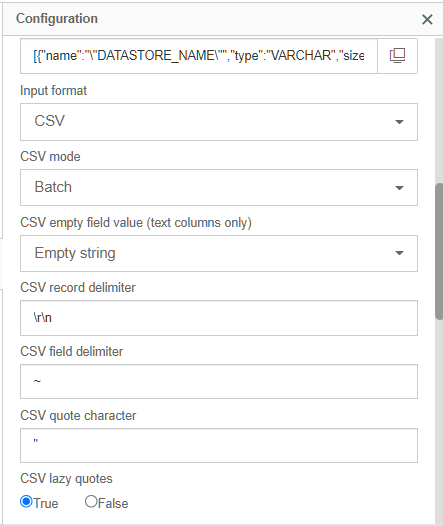 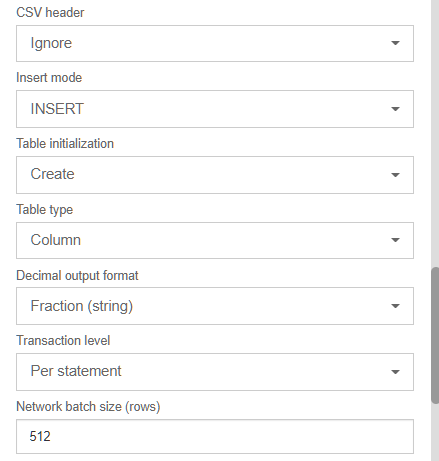 Output of Data Services Naming Convention store in a table

To continuously check the standards being followed or not, we can develop rules and report the failed data to respective user via mail or dashboard analytics Rules Dashboard continued: Depicting the trend and keeping an eye on the development standard being followed or not

Definition of the Rule

The following datastores are not following the naming standards. We have run multiple times and in second last run we directed the user to correct the name of the Datastore and the user corrected and in the last run the DS_STG_MGMT_LKP moved from failed rows to passed rows

So, 2 datastore out of 4 datastores are still not complying the SAP Data Services Naming standards of an Organization.

Thank you for reading this blog 😊. Feel free to try it in your own and share your feedback with us