In this article, I will give an overview of the release updates for 360 Reviews – SAP Fiori Version that have been available since 1H 2020. Also, I will introduce the newly added features of the current release cycle 1H 2022 and point out the highlights that are particularly helpful and recommended. After reading this article, you should gain a picture about what have been provided throughout the past releases and is newly possible in the 360 Reviews – SAP Fiori Version that should help you with the migration to it.

The end of development has already taken place on November 20, 2020. The 360 Reviews v11 can still be used and bugs are fixed until November 18, 2022. At this time, it is very recommended to switch over to SAP Fiori Version if you have not done so. On May 20, 2023, the 360 Reviews v11 will be deleted and you should now be using the SAP Fiori Version or an alternative solution.

The following table shows the release updates for 360 Reviews – SAP Fiori Version since 1H 2020 until 2H 2021 and also, whether it is an addition of a feature that achieves feature parity with 360 Reviews v11 or a newly added functionality.

In the current release cycle, there are still some addition of features to 360 Reviews – SAP Fiori Version which provide feature parity with 360 Reviews v11. These updates are only described shortly in the table below, since you should be familiar with the functionalities in the v11 environment. Some enhancements are totally new and lead to improved processes in the 360 review phase, so there will be some more details and analyzes about these new features in the following.

This enhancement allows users to cancel the reminder action, if it was, for example, triggered accidentally and makes the reminder sending process more user-friendly.

If some initially nominated raters decline to provide feedback in the Evaluation Stage of a 360 Review, Process Owners can now add alternative participants to the rater list, in order to receive enough feedback.

By refilling vacancies during the Evaluation Stage, it is ensured that the 360 Review still has enough participants to give sufficient feedback and there is no need to launch a whole new form. This provides much flexibility into the 360 review process as adjustments can be done after form launch. Also, it will save resources that would have been invested for re-launching a 360 form. 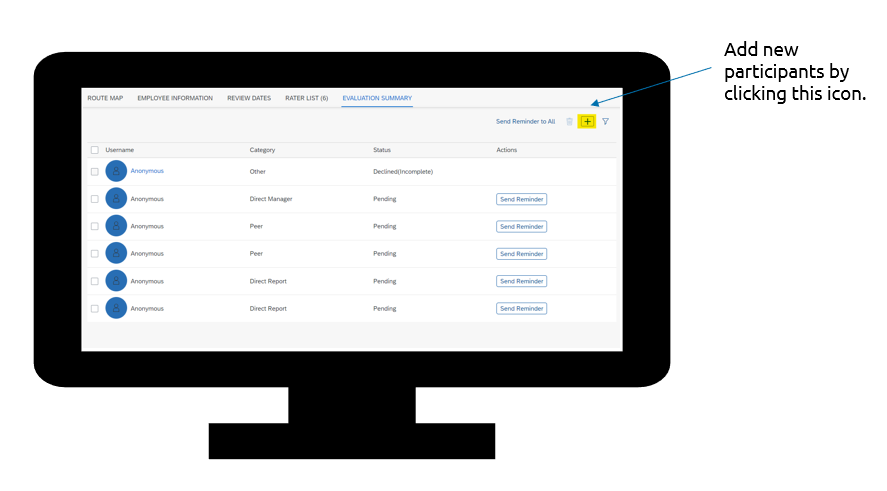 It is now possible to control whether to show or hide the checkbox “Nonremovable for Raters” on a form in the Modify Stage. If the checkbox should not appear on 360 forms, because rating items should never be removed by participants, the checkbox can now be hidden. Previously, the checkbox always appeared on the 360 forms.

If the company decides that competencies should never be removable by raters, this enhancement provides an additional control measure to limit the employees in changing the standard settings decided by the company. Especially, it removes the effort to pay attention to the checkbox next to each rating item in the Modify Stage. 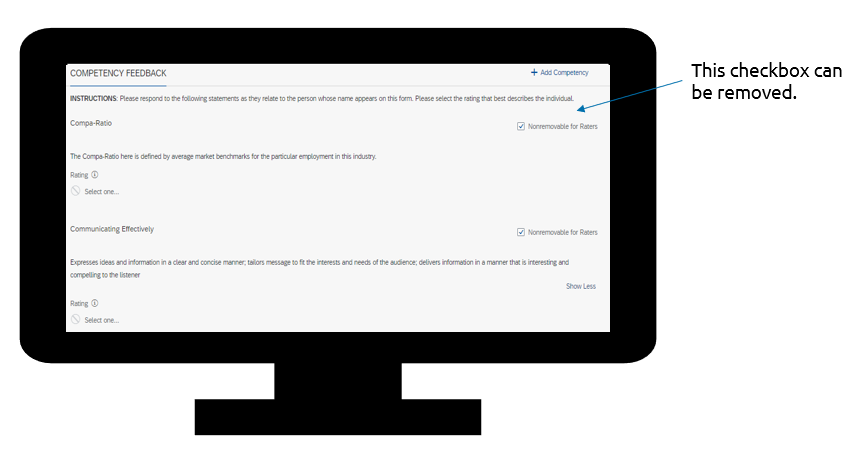 With this enhancement, a 360 form is more informative as it provides behavior name and in addition, the behavior description. When raters give feedback, they have more resources to understand what the rating item is about and can give a more precise rating.

Please remember that the 360 Reviews v11 will be deleted on the May 20, 2023. Therefore, it is essential to be familiar with the new version 360 Reviews – SAP Fiori Version and consider the migration to it, if not already done so.

I hope this summary of the release updates for 360 Reviews – SAP Fiori Version from 1H 2020 until  1H 2022 gave you a good insight about the possibilities of the new 360 Reviews version that were gradually provided throughout the past release cycles and the new features that come into production with the current release cycle on May 20, 2022.

To get more information, please refer to the links below.

If you have any questions, please leave them in the comment section below or register for the Release Q&A Series.