In May 2021 we started working on creating a SAP PI to Cloud Integration (CPI) migration tool. Our team took my idea and built a product around it and we won SAP Hack2Build.

It is one thing to build a prototype but it’s another to make a solid product that works in more environments with all the legacy workarounds that have existed.

We released the first version in August 2021 and got to run it at a customer in September. It was one thing to build it for an internal test system another was to work with real clients systems that have evolved over 15 years. So we had to invest in making the application more robust.

If you want the un-cut version. Here you can see an end to end migration with the tool. In 15 minutes you can see how to migrate an ICO, create and run test on it and then move the iFlow to QA.

The Original version had the following features:

Over time,we listened to the feedback provided by partners and customers to figure out how to improve the tool.

Since the original launch of the tool we added the following:

There are many times that we would like to improve the tool.

One of our next things is to add an overview screen to give you a full insight into the migration process. You can see the report here.

In the foreseeable future I would not expect to be able to automate the full assessment of what can be migrated and what you would expect to handle manually.

I would also like to find a way to handle cases with XSLT, Java mappings and Adapter modules. XSLT should be pretty easy to convert but the two other options will be quite difficult to convert easily.

We are also considering different options to build more robust iFlows to handle all cases.

The tool can either run on your laptop for a PoC or you can run it in SAP BTP Cloud Foundry which is the better approach to run the tool in productive setting.

We have created a Discovery Center mission to show you how to get started with the tool.

You can also keep up with the latest updates for the SAP PI to CPI migration tool and sign up for it at our website. There is a free trial that is pretty easy to set up yourself to experiment with the capabilities of the tool.

We are also on the SAP App Center 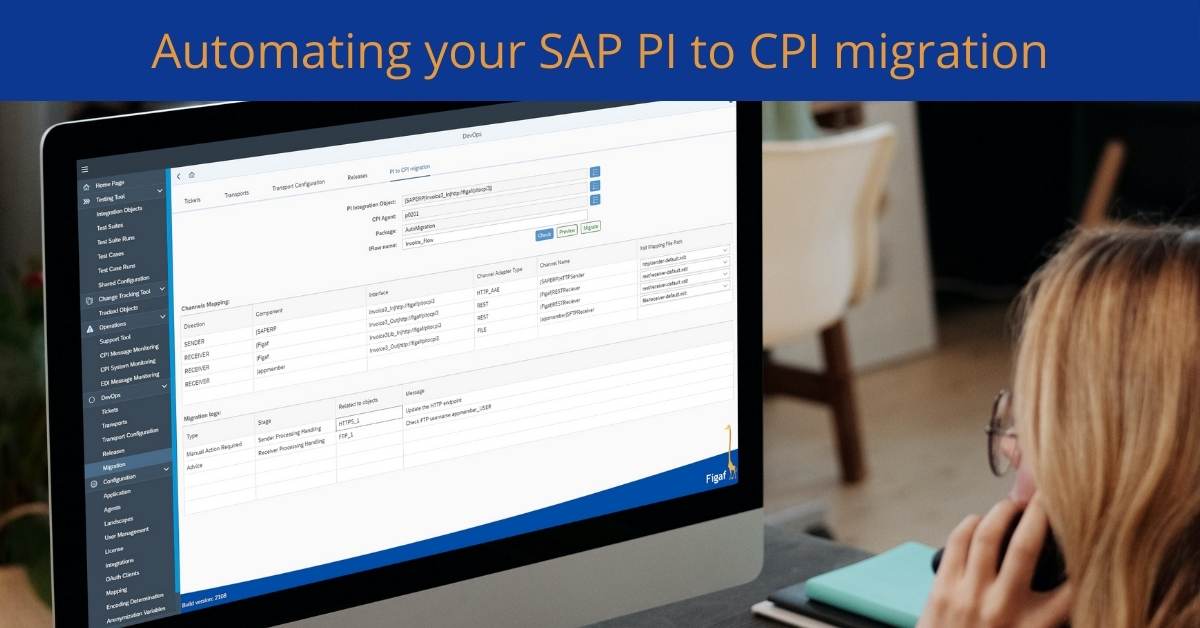