Earlier this year the first version of the SAP HANA Database Explorer Visual Studio Code extension was released to the Visual Studio Code marketplace. This version included the database connection list and a SQL console for executing queries against a database.

Today, version 1.4 of the extension has been released to the Visual Studio Code marketplace. In addition to some bug fixing and general improvements, the new version brings several noteworthy features.

The catalog browser now shows the list of objects per type. 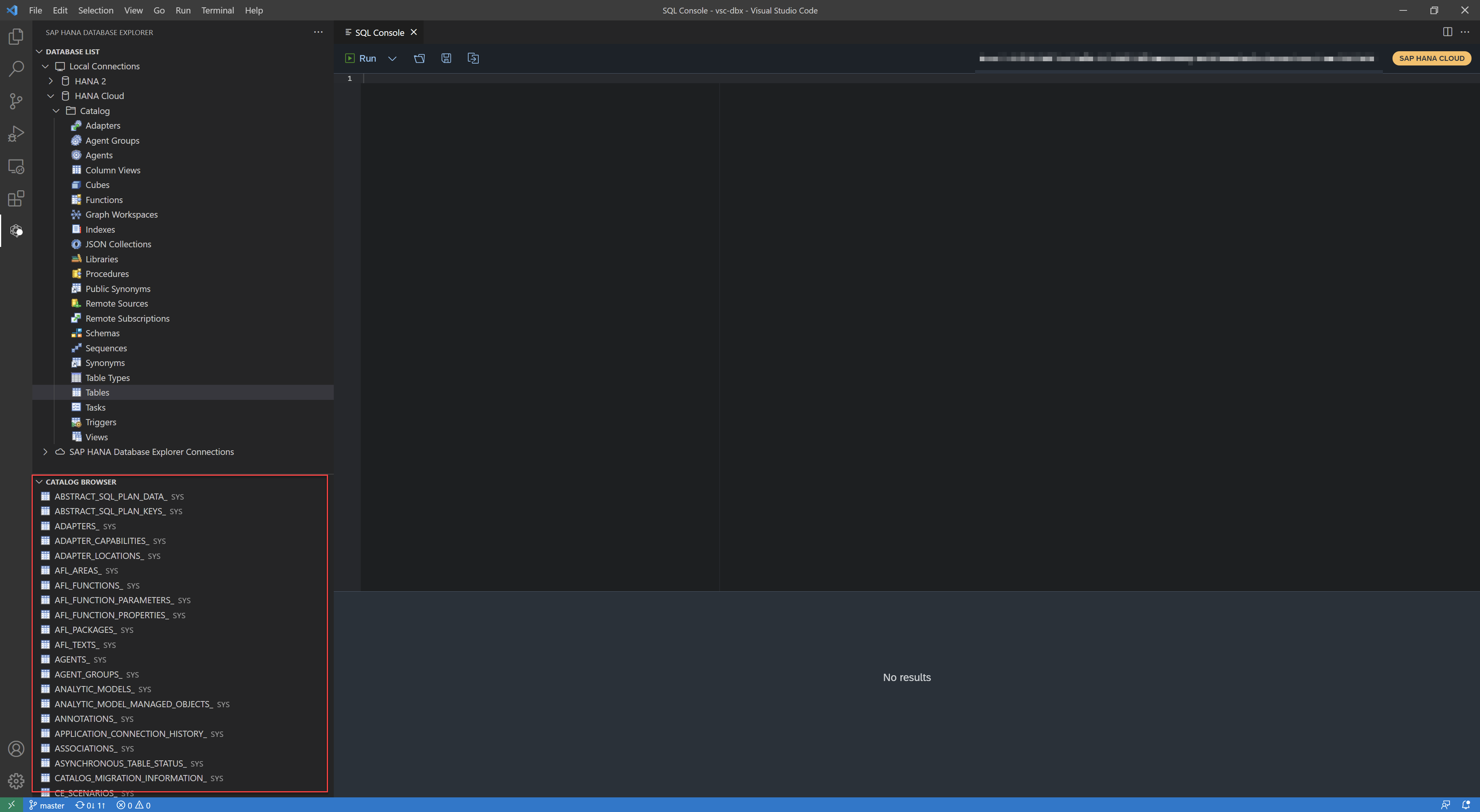 By default, only objects from the current database user’s default schema are shown. To show objects from other schemas the catalog browser offers a filtering option. 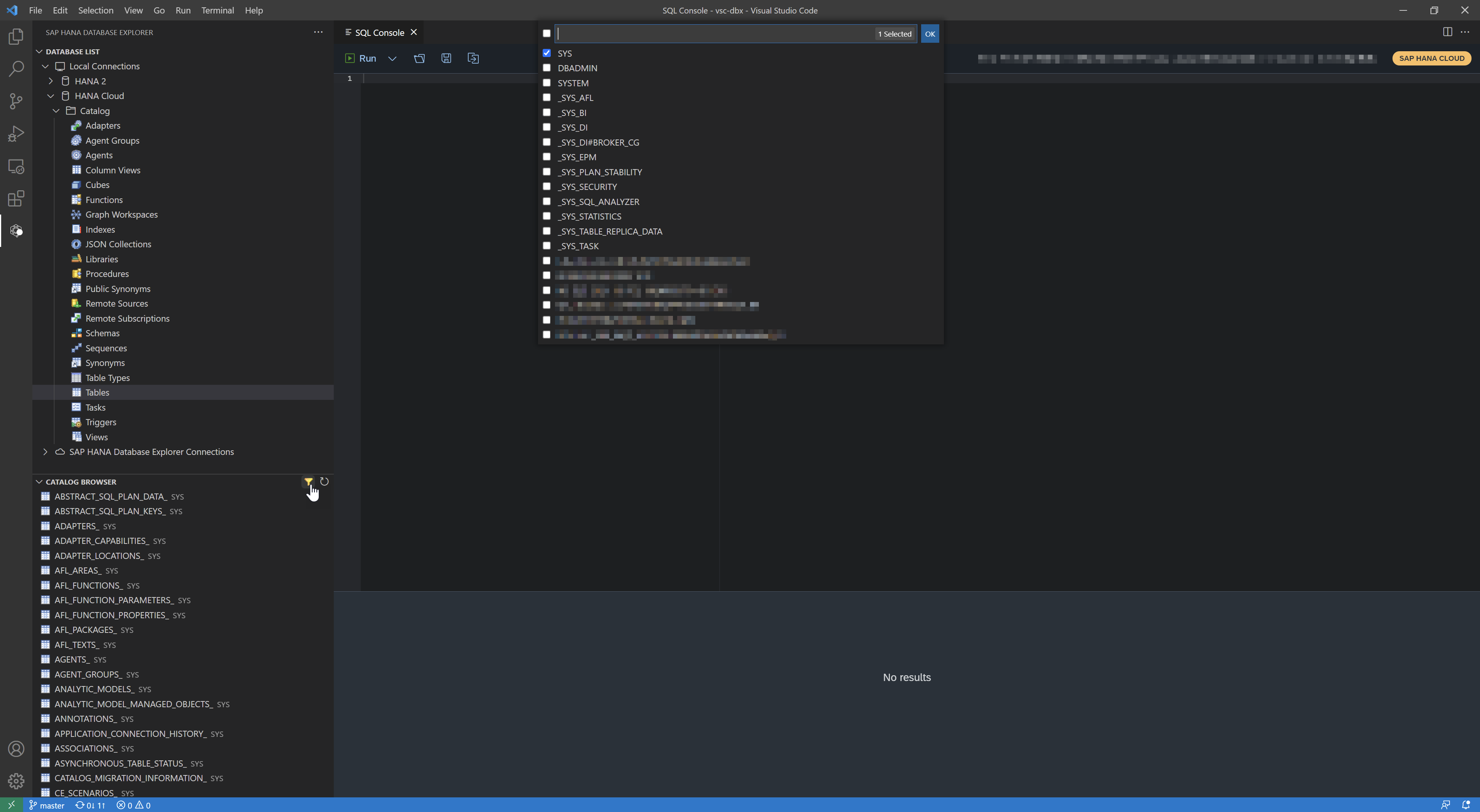 To filter the objects in the catalog browser (or even the list of databases for that matter) you can use the standard Visual Studio Code document tree filtering feature. Previously it was possible to add new local database connections by entering the connection data and credentials into the “Add Database” dialog.

To prevent double maintenance of credentials it is now possible to add local database connections that use credentials maintained in the SAP HANA user store. 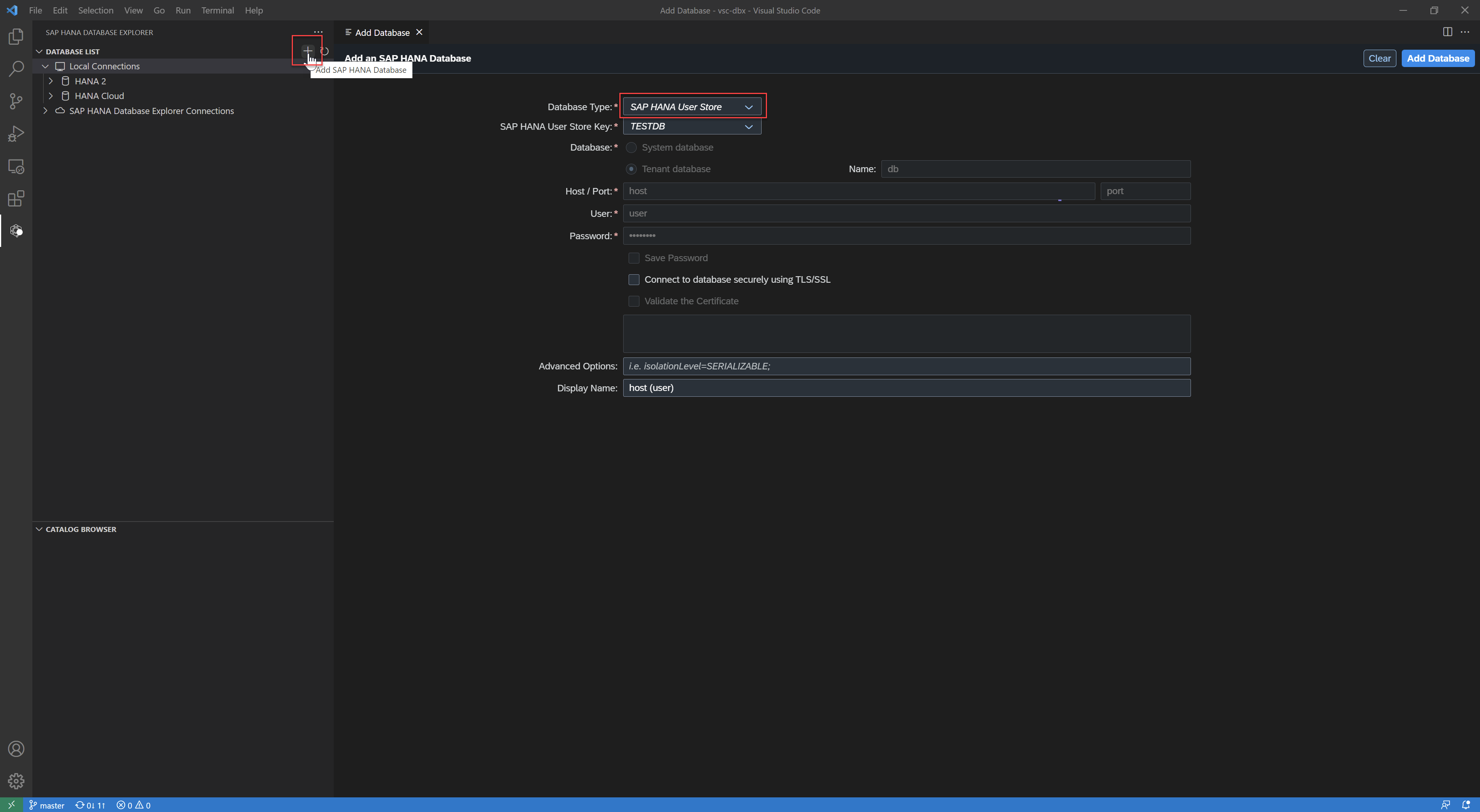 Connecting via the SAP HANA user store requires the full SAP HANA client package to be installed, including the hdbuserstore executable.

Additionally, SAP HANA user store connections are only available on platforms supported by the SAP HANA database client. A notable platform that is not supported is macOS on Apple M1 processors. The three new buttons allow to open a file, save to the current file, and save to a different file (from left to right). 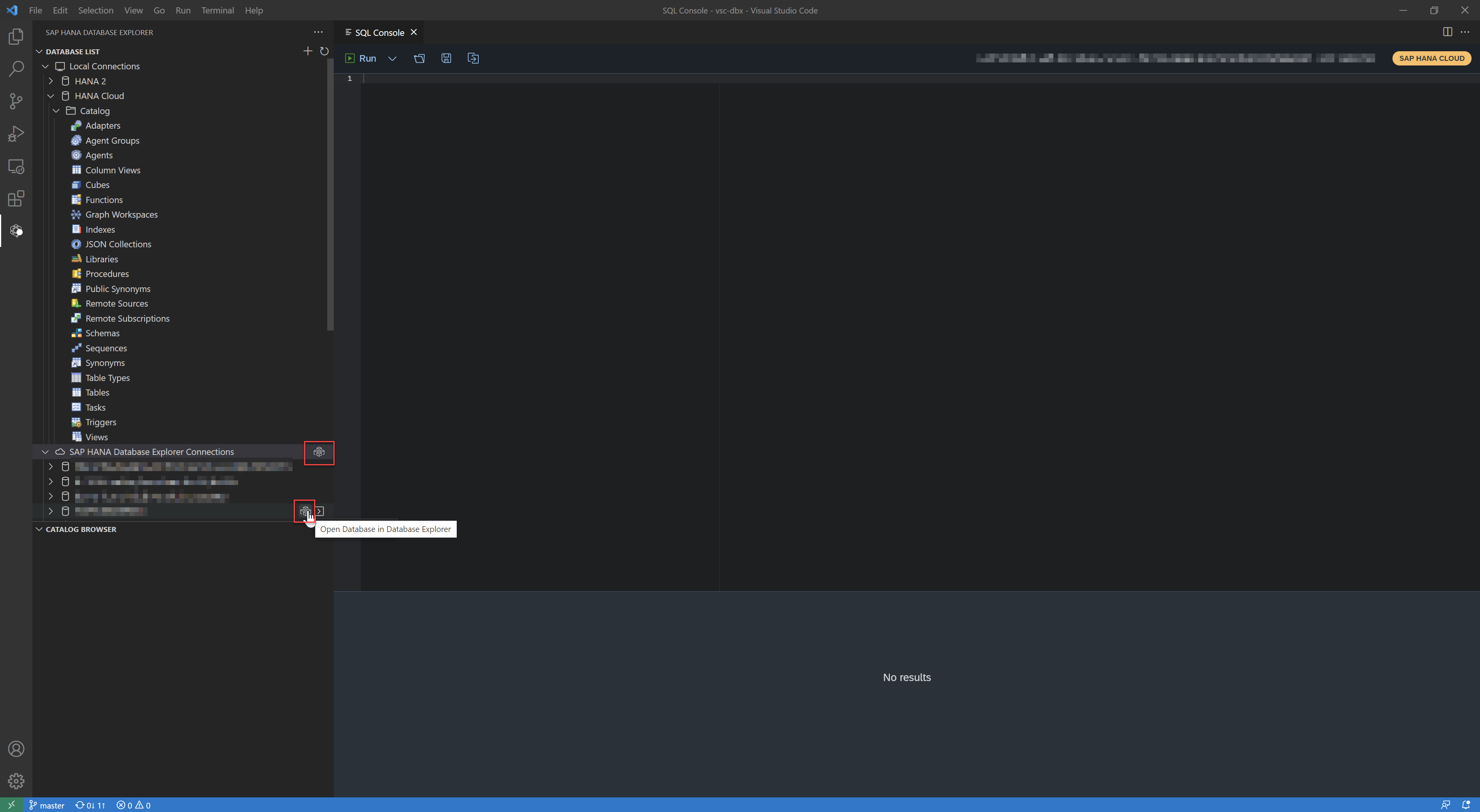 According to the license, https://marketplace.visualstudio.com/items/SAPSE.hana-database-explorer/license, it is not allowed to do

And vscode is a non-SAP product, as a user, how is it possible to get a license to use the extension? And