Today I had to delete 1385 repository objects that had been created as part of a customer workshop.

The problem was that all these objects have been created in 70 packages.

On the other hand I had to perform a mass activation for the objects that are part of the SFLIGHT sample project and which live in the /DMO/ namespace, but unfortunately I had played around with the generation of RAP objects in the Z-namespace and my transport request did not only contain the objects of the /DMO/-SFLIGHT objects but lots of other (partly inconsistent) stuff.

When clicking on mass activation ADT offers you to activate the objects that are part of a transport request but there is no option to right click on a package and all the objects of that package and its sub packages being generated.

ABAP Repository Trees to the the rescue

A while ago I had posted a blog post about How to use ADT Project Explorer and ABAP Repository Trees – Check out the new video of the ADT team | SAP Blogs. But it took unfortunately a while and it did not come to my mind immediatly that I had already worked with the tool set that could solve my problem.

Nethertheless the ABAP Repository Trees in ADT have been my best friend today.

When working with ADT you can create a new ABAP repository tree when you right click on your project and select New –> ABAP Repository Tree from the context menu.

Here you can start with a tree template or with a blank tree. 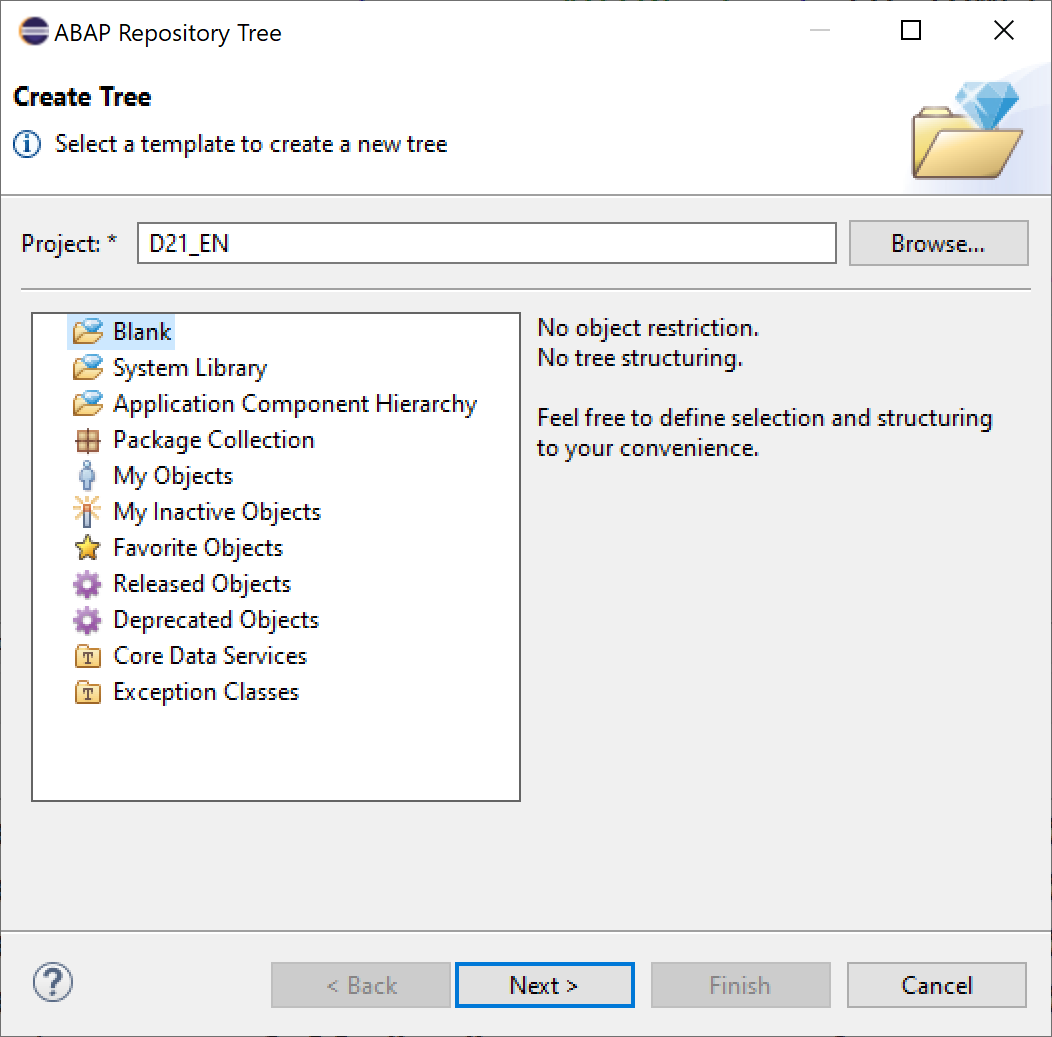 I will use the blank tree and select all objects where the name starts with ZRAP500 which was the “namespace” we recommended to use our workshop participants.

Please note that you can also use the Object Name Pattern without any property filter. 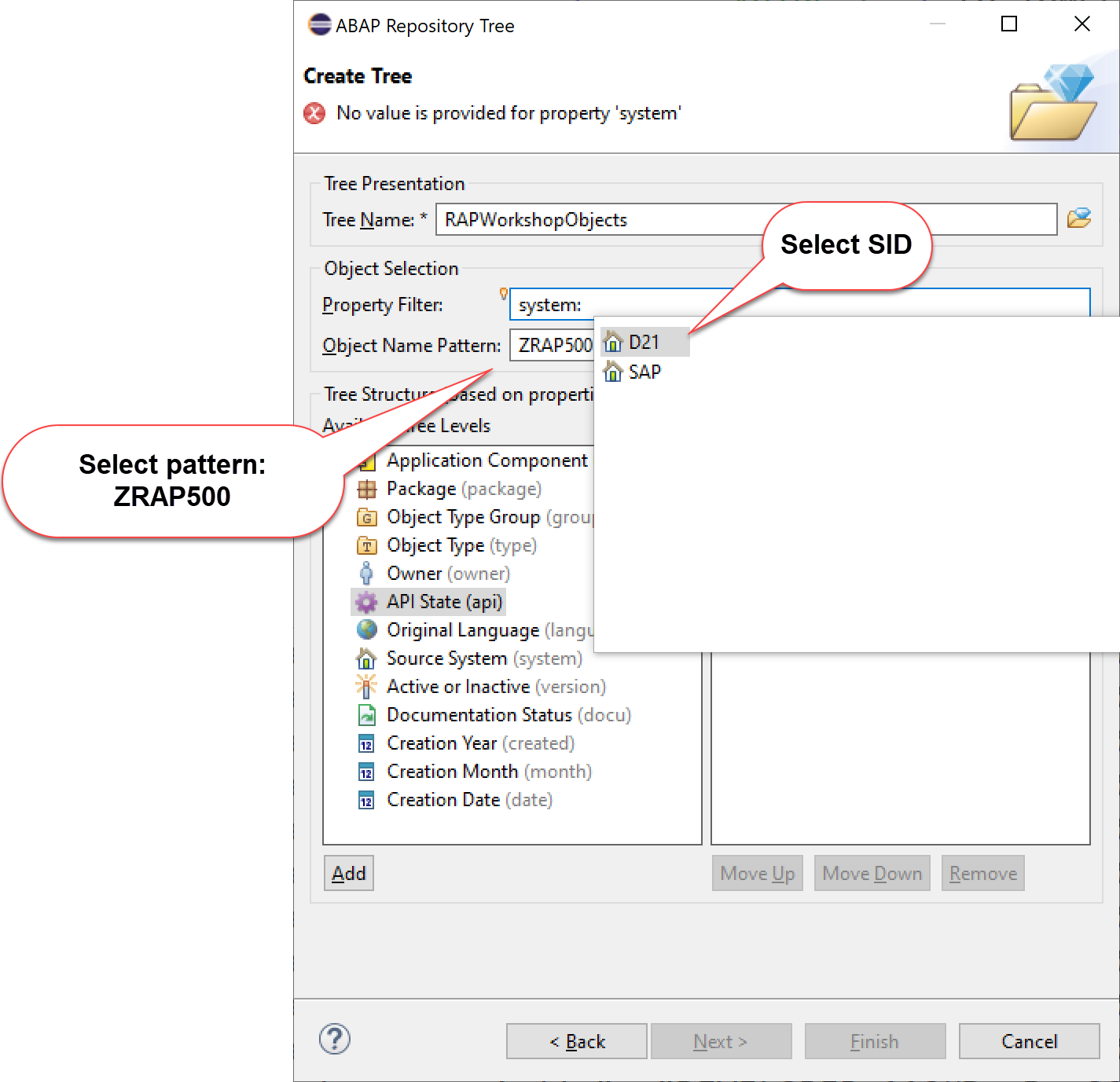 Similarly it is possible to create an ABAP repository tree that only shows objects where the name starts with /DMO/. This allows me to select all objects that have been imported via ABAP Git from the SLFIGHT Git Repo though I accidently have used the same transport request for several other things, so that by selecting the transport request I would have to activate lots of inconsistent objects which would not work.

Or it helps me to simulate a feature that I am missing in ADT, namely the mass activation of all objects that are part of one package (and its sub-packages).

Using the following selection it is possible to select all objects that are part of the package ZRAP100_002. 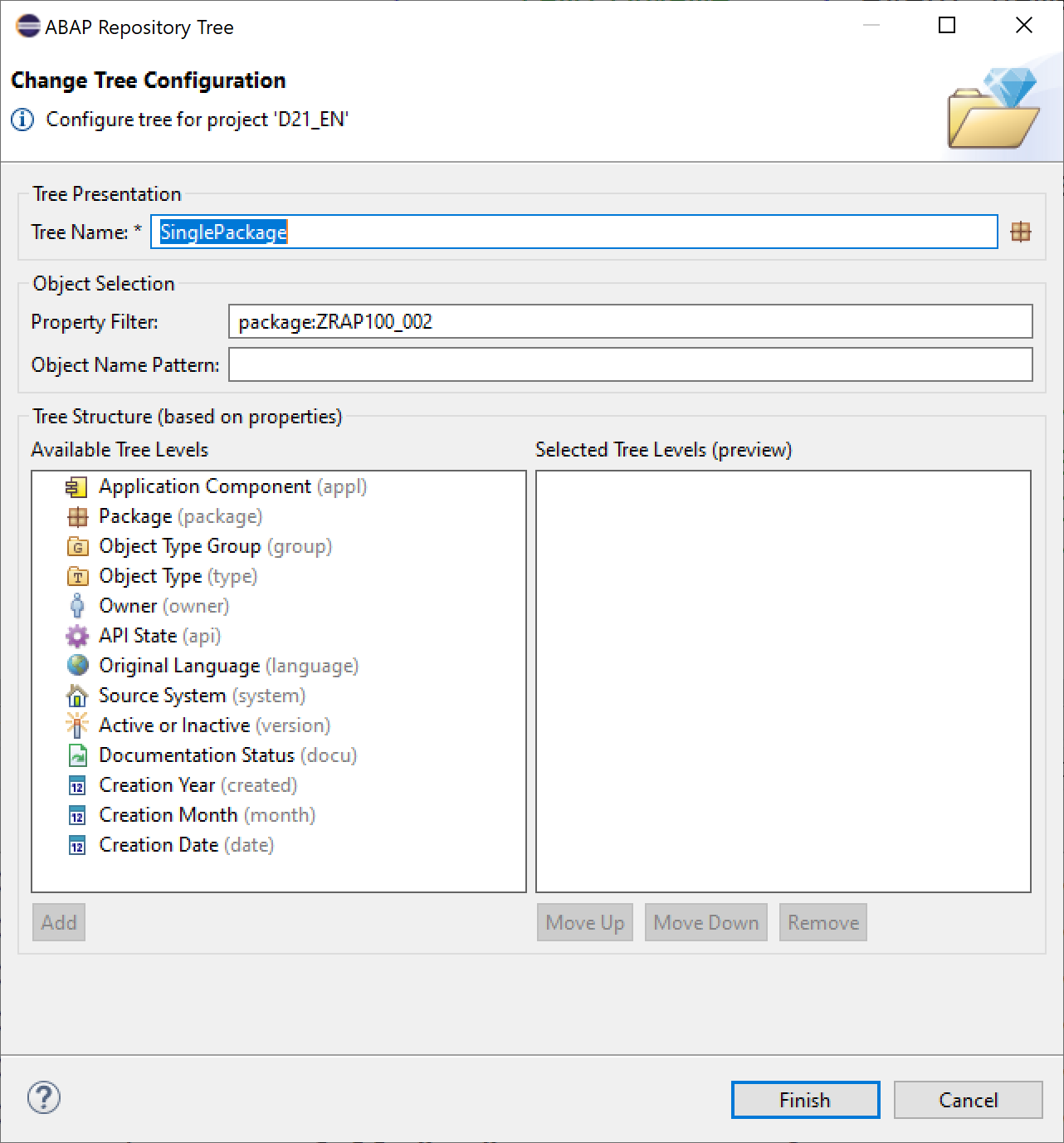 Using this new ABAP Repository View I am now able to select all the ABAP repository objects that have been created by the workshop participants in one list. 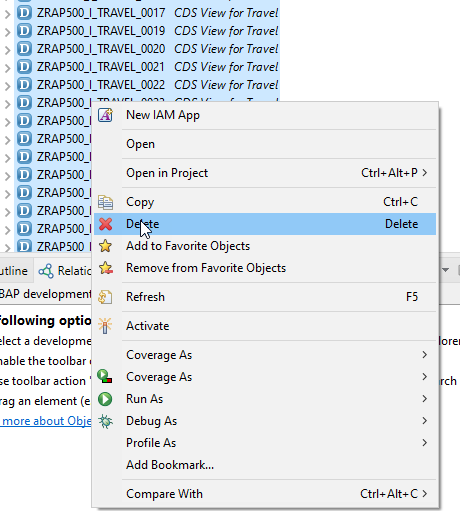 Since the deletion process does not whipe out all objects immediately the new view at least helps us to identify the remainging objects.

When deleting lots of objects you might also be asked by ADT to provide a transport request for objects that are currently not assigne to one.

Here there is a feature available in ADT that allows you to select just one transport request for all objects that have none rather than having to click multiples times. 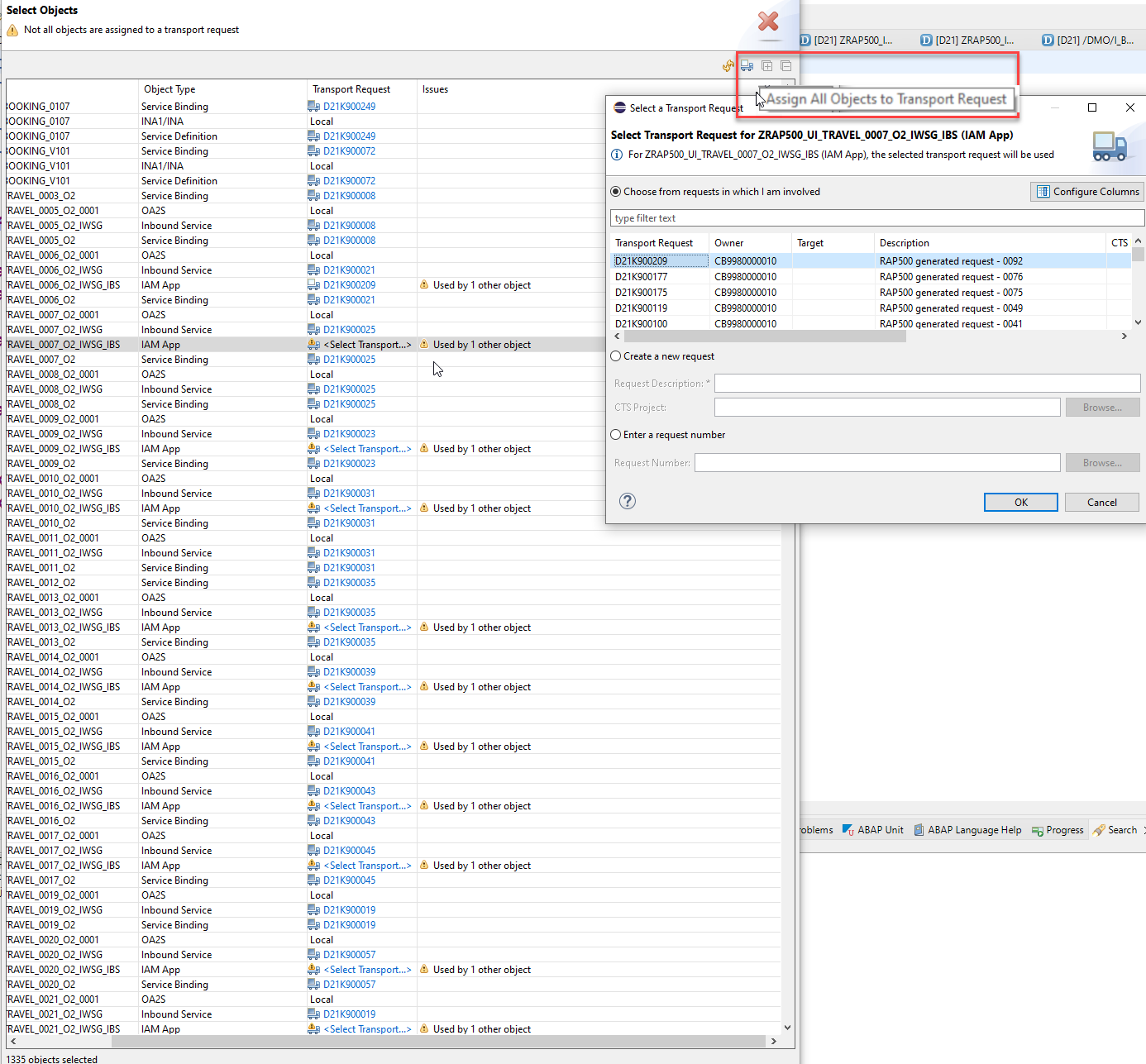 Activate all objects of SFLIGHT

Using the SFLIGHT View mentioned above it is possible to select the objects that have been imported via GitHUb.

That is a very useful tip. Thanks.

Very nice tipps on how to do mass-activation and deletion in AdT, by selecting the objects via a ABAP Repository Tree ! Thanks!

(One day I might need that, and then funding this blog again will help me a lot! 🙂 )