Addressing the elephant in the room: Improve Accessibility with SAP Conversational AI 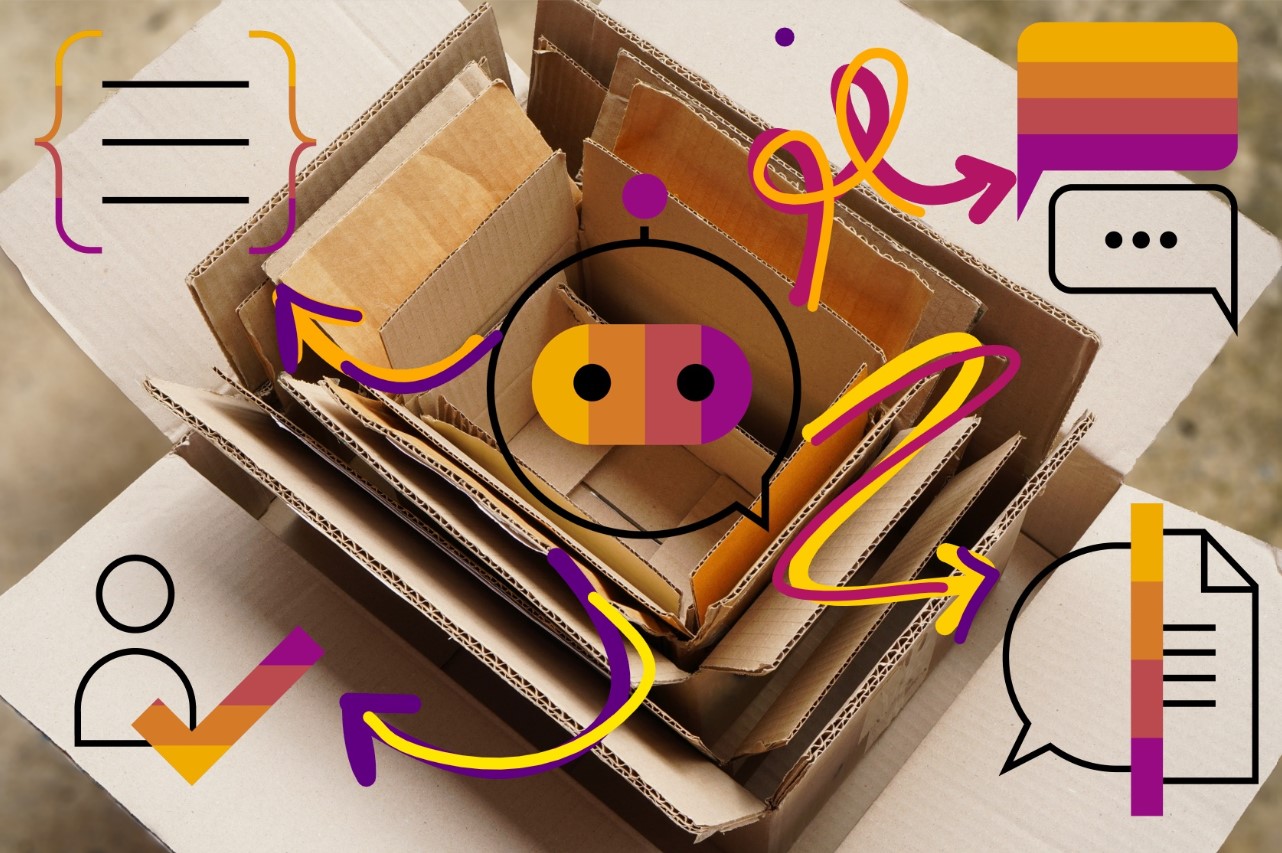 Me: Hey Ariba, are there any documents pending my Approval?

Chatbot: Here are some of the latest approvables in your queue

Me: Sweet! I want to approve an invoice

I believe you would’ve already guessed what this blog post is going to be about. If you are planning or even looking for possibilities of integrating SAP Conversational AI with any other services in order to create a seamless communication experience while at the same time getting those “To-Do” done just via chat, I might be able to humor you a bit in this blog post. While I’m going to talk about the SAP CAI integration with SAP Ariba Approval APIs throughout most of this post, you can essentially mimic this for any other service which has a common pre-requisite: It exposes APIs in order to do what you want to accomplish with your SAP CAI Chatbot.

But first… Let me talk about SAP Conversational AI

CAI is one of SAP’s offerings which essentially is an end-to-end (a lot of stress on end-to-end) bot building platform. These chatbots can let you do either of the below things:

All this, under the guise of you chatting with a colleague straight from a chat platform say Slack, MS Teams, even a webpage or many more other channels.

These are the two primary focus areas of SAP CAI, however there have been brilliant use cases that the SAP CAI Community has come up with, which might be of your interest. In this post I am going to be talking about the 2nd kind only, which lets you accomplish some tasks.

I’d say the tool in itself is quite intuitive and the documentation that SAP provides is just enough to get you started on the road to build a production ready chatbot.

There is a Community Edition available for SAP CAI which is great to get your hands dirty. On the other hand, for organizations who are already using SAP Business Technology Platform, they can subscribe to SAP Conversation AI to get started from there itself.

As a Chatbot Developer you are not only responsible for doing the basic chatbot setup, integrations but also build relevant skills into your chatbot. The idea behind building skills is not very difficult if you can tell a story about your use case that you are trying to build around via SAP CAI. The chatbot is only going to do the work that you as a human can do. So till the time you have a clear vision about the task at hand and you know how to handle that task if someone asked you to do it, working with SAP CAI becomes very simple.

SAP CAI provides you with a blank canvas in order to build skills for your chatbot. Here is where you put your Storyteller cap on and start envisioning how the conversation with the chatbot will commence, progress and conclude in order to accomplish your use case.

Taking an example of Approving a Transaction Document (say an Invoice) in SAP Ariba, let’s build on the possible chat messages which the user might want to ask the chatbot.

With the above sample, we can infer that User Experience is at the front and center of building a chatbot. You need to give enough leeway to the users and consider situations that the user might not know something crucial to start with. Say the user might not know the exact Document ID that they want to approve. Provide them with an option to scroll through the list of their pending approvables so that such things can be taken care of. Think of other ways in which such information can be gathered, example, the user might know the name of the Requester of the Invoice that they want to approve. You might be able to filter the list via scripting in handlebars and provide that as a response to the user in order to ease up their task of scrolling through a long list. So to say, there are multiple possibilities with which a user might interact with your chatbot. Identify your target audience, put yourself in their shoes, take their help in laying a foundation for your chatbot’s conversation.

Functionalities I made use of while building this chatbot

Intents, of the users and the bot

SAP CAI has Artificial Intelligence in its name. So bringing in some AI, we have something called Intents. Consider a situation where a user would like to ask for their pending approvables. Different users might have their own way of framing this sentence:

There ‘might’ be a finite number of possibilities for asking this question, but that might just be a tough job to feed that to your bot. Instead, identify a handful of statements that best identify a job at hand which can serve as a training set and let SAP CAI’s Natural Language Processing take care of the rest. I’m no expert about it but you can certainly find more about it from SAP’s documentation on Intents.

When you write a sentence in the chat, some data points might be scrambled here and there because that is how humans talk. Entities help in recognizing just those data points.

Bot Builder: Your Story Board

This is where you design or at least lay the foundation for your bot’s conversation. Each box here is a Skill that has been defined for your bot which it makes use of while conversing with a user.

Skills: You can polish yours as well as the bot’s

Consider it to be a block of Low-code/No-Code that will help you take a necessary action in your chat. Based on the intents that you have setup for your chatbot, you can trigger specific skills. In the analogy of the Approvals Scenario, An intent to “Fetch Pending Approvables” is supposed to trigger a skill that I have configured which is supposed to invoke an API call to retrieve the pending approvables of that user. It is that simple. In return these skills can provide the following:

You can use one of these individually, two at a time or all at once. It’s all up to you and what fits your use case. This is incredibly intuitive and flexible, and the product team of SAP CAI seems to have given a really good thought about such things. This makes the platform very, very powerful to say the least.

Throughout a unique user session, the bot can keep track of certain entities that you’d like it to in its memory object. This makes it easier for storing data that can be re-used throughout the course of conversation. This data can be:

{{Handlebars}} – They have a Moustache as their logo. LOL

If you have an API response structure which is in JSON or for that matter a memory structure (which is JSON) resembling something like below in the screenshot, the expression to print the “status_code” would be: 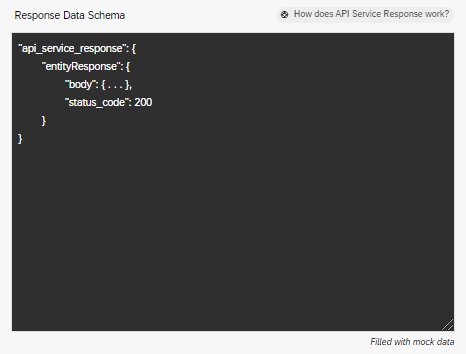 Similarly you can employ some other expressions and functions to manipulate data coming from the API, or residing within the memory in order to achieve what you want to do. SAP has documented a list of functions that can help with performing a number of operations in complex JSON response structures. Is it difficult to use handlebars? Not really. Of course you’d fail a few times in the start, but that’s almost half the fun of learning something new. There is always Twitter to vent off that anger anyway. Additionally I came across handlebar’s own documentation as well while I was working on this bot. It is really useful too.

A typical example of what I did in order to get the Approver who approved the Document before the currently active Approver:

Breaking things down to make it easy

From the huge response I had, I trimmed it down to the node which I was interested about and stored it to the memory separately.

Once I had this data which btw was a List, I could apply list specific functions like below in conjunction with what developer use the best: the if-else clause:

These were some core functionalities which will certainly come in handy when you create your chatbot using SAP CAI.

The platform certainly had a few tricks up it’s sleeves for sure in this area too. These made the SAP CAI easy to use and at the same made the maintenance job seem like no pain at all. I sure can be clumsy at times when it comes to version control and maintaining application credentials. It was just the other day that I spent some hours cleaning up my Postman collections, so maintenance can be a crucial feature worth mentioning about.

The APIs that I was relying on when I started the project were the v1 Ariba Approval API for Procurement. In the meantime, v1 became deprecated and SAP Ariba pushed a v2 for that API. While v1 is still supported by SAP Ariba, it is always good to have the client applications updated to consume the latest version too. In this case the client application was SAP CAI. While I honestly thought that the upgrade would require a lot of rework, surprisingly it didn’t. I created a version v2 of my chatbot, updated the URLs, made changes in the request and response structure in order to adapt the latest APIs and that’s it. This made sure that my version v1 of chatbot was still live and could always be used as a fail safe in case the upgrade took longer than expected or didn’t go as planned.

During the API deprecation, I had to plug in the new API’s credentials in place of the old ones. Now these APIs were using an ApiKey and OAuth Credentials for access token generation. I was using these APIs in almost 4-5 skills. This meant that the ApiKey and the Credentials needed to be updated in all these skills. Fortunately while defining the skills in v1, I had used an Authentication template provided out of the box by SAP CAI which I had re-used in all these 4-5 skills while making API calls. This meant that now in v2 I only needed to update these in one single place ie. the template and that was it. This was a game changer and certainly minimized the manual effort.

The product is ever evolving with cool new features coming in with each release. As of now I’ve always been able to get great feedback from the community wherever I felt stuck or needed some help with anything SAP CAI. I’m sure the cycle will continue going forward too. You can let me know your thoughts or questions you might have encountered while reading this post, in the comments section below and in case you are already using SAP Conversation AI, I’ll be more than happy to hear about what all use cases you are trying to solve with it. 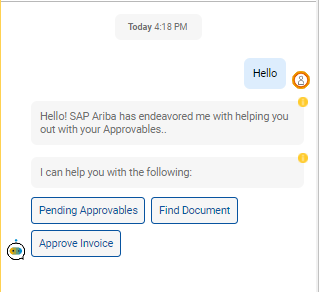 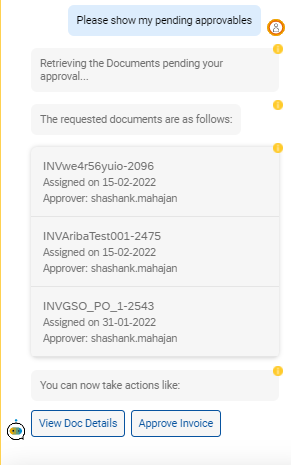 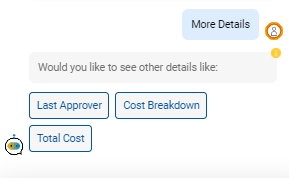 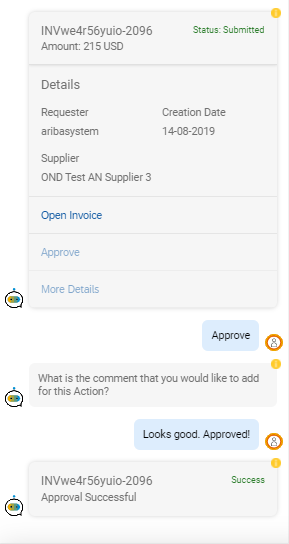 Thanks for sharing your chatbot building experience and your knowledge!