Why not use JavaScript instead of Groovy script in SAP CPI

Lately I’ve been following several threads about SAP Cloud Platform Integration (CPI). The information I have gained from following these threads has helped me to improve my skills when working on SAP projects, and it has helped me develop solutions that I have regularly been able to use. I believe that this exchange of information is what makes this SAP community a valuable repository of knowledge and useful solutions to be shared among its members. 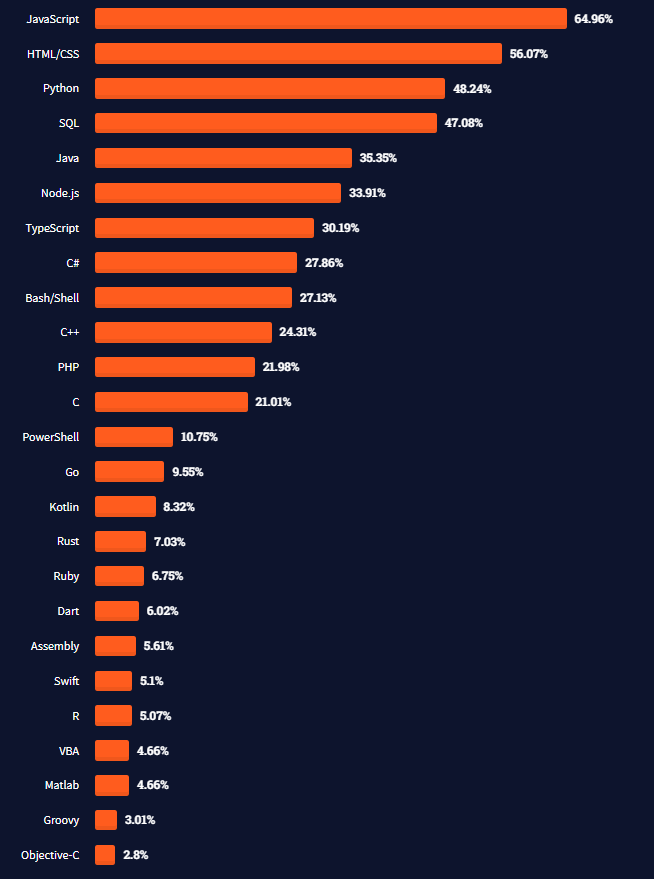 So why is it that, even though JavaScript is more commonly used than Java, most SAP CPI developers seem to prefer to use Groovy script, the Java-like syntax language built for the Java platform? Undoubtedly, Groovy script is a good option, and is rich in resources for use in SAP CPI. However, I keep asking myself why developers use Groovy as a default. Why do they rarely use JavaScript in projects, or even share articles presenting solutions that use this fantastic language? In order to understand this, I had some discussions with fellow developers Jairo Canuto, Daniel Graversen, Mirko Longhi and Fatih Pense, all of whom have vast experience and domain knowledge on the subject. I asked why Groovy is more popular in the SAP CPI community.

According to Mr Jairo Canuto:

Given Groovy is a Java-like syntax language and, as Mr Canuto explained, many SAP developers were originally Java developers, this explains in part why Groovy is popular with SAP CPI developers.

Mr Daniel Graversen pointed out there a number of reasons that might explain the lack of popularity of Javascript for CPI:

According to Mr Mirko Longhi, an Italian developer:

Indeed, the option to import Jar libs is a great facility. Also, the online tool is such a reliable resource, as it allows us to run tests on Groovy.

Personally, I believe that another reason why JavaScript is not more popular with SAP CPI developers is the version of JavaScript supported by SAP CPI. Unfortunately, the most recent version of JavaScript that can be used in SAP CPI does not allow you to use modern standards, such as those in ECMA Script 6. This is not necessarily a big drawback, but if JavaScript ES6 were supported it would provide a number of enhancements that would make coding JavaScript simpler, including Arrow functions and improved array processing using methods such as Array.find() and Array.findIndex().

Have a look at the example below:

From a personal point of view, I believe that SAP updates for the SAP BTP product will soon appear, and more modern JavaScript version standards, especially those defined by the TC39 Committee, will be implemented, as this organization releases the latest updates regarding JS annually.

Finally, the vast majority of interfaces developed with SAP CPI follow the SOAP standard, which favors the use of Groovy, since it brings a certain ease of processing XML through its parse patterns. However, we also cannot fail to notice that many of the non-SAP interfaces use the JSON standard, an acronym for JavaScript Object Notation, in which JS proves to be a more favorable and advantageous language to use.

My intention in writing this article is only to start a discussion about the use of Groovy and JavaScript in SAP CPI. It is not my intention to make performance comparisons between the two, as both languages ​​have positives and negatives. However, it would be interesting to start seeing new articles about JavaScript. So, please join the discussion by leaving your comments about your experiences using JavaScript or Groovy with SAP CPI, which script you prefer, and why. Hopefully, by promoting such a discussion, we can learn from each other and expand our knowledge of both JavaScript and Groovy.

Minor remark to avoid confusion and allow for proper tagging of the article for wider reach, last year around this time, SAP announced to sunset of the "SAP Cloud Platform" product to avoid confusion with the then recently announced SAP Business Technology Platform (BTP) portfolio (broader in scope).

Great blog Tulio. Keep writing the blog, they are so knowledgeable.

Thanks for gathering all the remarks from community experts, distilling the information, and sharing with the community! It makes it an alive and interesting discussion starter!

Also thanks for including my comments.

This topic was asked me by customers who want to evaluate their options. Now, I'm glad that there is an article that I can refer to!

Thank you my friend, Fatih!

Thanks for bringing the interesting disucssion.

When I started the first reason to switch to groovy was we could use same syntax as java and it would work and as time progressed it was easy to adapt to groovy syntax.

Even most of the cases we were handling xml based paylaods it seems easier to handle XML parsers in Groovy.

Hi Praveen, thanks for your words.

its an interesting topic. in CPI world groovy is ranked #1.

great article that sum up many aspects.

I'd like to start using javascript, for many reason could be better, if only the version available in SCPI would be higher, allowing us to use new and not outdated functions

I guess 90% of the people who work in cpi are from sap po so they prefer Groovy than JavaScript as they used java in sap po.

People who work in cpi and pi/po are not good at programming. They know basic java/xslt programming, and that is good enough to deliver and support the project. If most of them are good, then we would be flooded with custom adapters and many more tools. No one would be selling customer adapter, I bet.

I am not sure, but it seems to me that only 5 to 10% are good at programming who are cpi/pi developers.

I think it's fairly obvious that the Stack Overflow survey results aren't really representative of the enterprise software world. The survey even states "for most developers, programming is web programming". Yes, in the web world JavaScript reigns supreme, but much less so outside of it. But CPI developers who prefer JavaScript should absolutely go for it - and blog about it too!

Hi Morten, I'd like to go for javascript, but as I can see, the version in CPI doesn't allow me to use a lot of new things.

I remember once that I had to filter a Json, with the new javascript or importing libraries I can do it simply with ".filter" function, I cannot slow the iFlows only because I have to keep looping arrays and json object.

This is just the first example that come to mind.

That makes sense. Also, see my comment to Tulio below.

Hi Mr Wittrock, it's a pleasure to hear from you and great to see that you are interested in sharing your thoughts on this discussion.
As I said in the article, I am not here to tell what language developers must use at SAP CPI, but to understand why many developers avoid to use JS in their projects or write about it.
You've said that is obvious that the Stack Overflow survey doesn't represent the real-world of enterprise software, and you can be right due the JS has undergone changes and become more robust only in recent years, but there is no doubt about its growth has been exponential and the abundance of threads over the Internet abording JS, I was just wondering why there are so few articles about it.
In the article, I mentioned that the version of JS is outdated, as Mr Mirko also commented; for instance, it is impossible to use new features from ES6 which are helpful.
Thank you.

It's definitely important to let SAP know, that there is developer interest in a more up to date JavaScript engine.

As it has been rightly pointed out, JavaScript popularity originates historically from frontend development, and more recently, from Node.js based backend development. Assessment of JavaScript popularity done through the lens of a Java ecosystem in general and Java-based integration platforms in particular, evaluation of JavaScript adoption as a language of choice for scripts that are called out from the Java application (we shall keep in mind that SAP Cloud Integration is a Java-based service), will lead us to a different outcome as compared to the general context-agnostic IT assessment (based on TIOBE programming community index, or programming languages' popularity ranking based on GitHub or StackOverflow statistics, etc.).

I would like to take JavaScript / ECMAScript standard version that is currently supported by SAP Cloud Integration runtime, out of the equation in this comparison. Undoubtedly, inability to use latest and greatest features of the language impact the way how a developer can express and code the needed logic, and in certain cases, negatively impacts performance of a script, maintainability of a codebase. But we can evidence a similar situation with Groovy – SAP Cloud Integration doesn’t use the latest stable version of a Groovy language either: SAP Cloud Integration uses Groovy 2.4.x currently while Groovy 4 being the latest stable release. Consequently, some existing language features and APIs are not available for CPI developers when they develop Groovy scripts. A list of examples can be extended with versions of some core components that form SAP Cloud Integration runtime, too. This is a broader subject that is highly impacted by justification of migration efforts associated with the upgrade of each of these elements and its impacted dependencies, and accompanying compatibility, performance and stability issues that must be resolved to retain reliability and functionality (including its backward compatibility) of the overall service/product.

There are a few reasons why I personally prefer Groovy over JavaScript when developing scripts for SAP Cloud Integration – to name the most noteworthy in my judgment:

I deliberately don’t get into topics related to discussion of performance aspects of Groovy and JavaScript here not because I underestimate their importance, but because they might become quite controversial, and I doubt there is a clear winner here. I’m not aware of any studies or statements that collectively and unambiguously will draw a conclusion of a script engine for one of discussed languages permanently and generally outperforming its rival for another scripting language when being put in context of script invocations initiated by a Java platform. Moreover, performance measurements run against different script engines that implement support even for the same scripting language (for example, for JavaScript language – Nashorn which is the default script engine for JavaScript in the JVM implementation that is currently used by SAP Cloud Integration, and Graal.js which is a part of GraalVM, just in sake of an example), demonstrate drastic difference depending on particular use cases and scenarios. To make such performance comparisons more meaningful, we will have to base them on reproducible measurements done again specific set of scenarios, workload patterns, with well-defined runtime constraints and assumptions that are specific to defined integration use cases. Which in its turn will inevitably bring us to further discussions of synthetic and isolated performance measurement and benchmarking of the particular script executed by the specific script engine implementation versus script execution put under actual operating conditions of SAP Cloud Platform runtime that is occupied by concurrent and competing workloads. I tend to think that generalization here will be counter rational.

Thanks for sharing Tulio!

Really great blog that summarizes important reasons / causes about why most developers are still using Groovy instead of Java.

Keep writing new good blogs like that my friend, it was a pleasure contribute and count on me to the new ones!

Thank you very much for your contribution to my blog post, Jairo.

Well in my perspective there are two primary reasons for this.

Hi Pandey!! Thank you so much for your comment. Cheers

Thanks Tulio for bringing up this discussion and the feedbacks. Hope we could use Javascript more freely specifically the DOM parser for xml payload